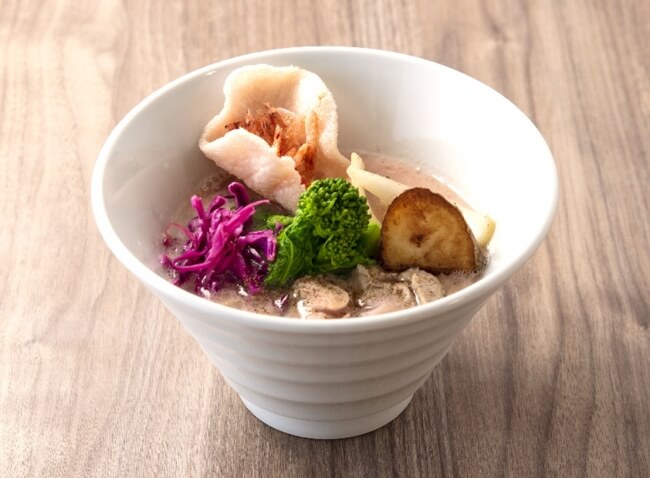 IPPUDO released its limited-time “Spring Colours Tonkotsu Ramen” at 1/2PPUDO branches on March 1. Only 30 bowls will be served per day. 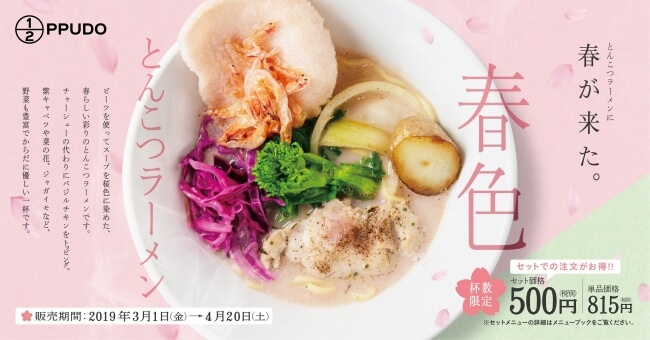 To achieve the cherry blossom colour of the broth, IPPUDO cooks it with beetroot which has a vivid and distinct red colour. The bowl contains an assortment of vegetables including bright purple cabbage that has been pickled, rape blossoms, butter sauteed onion, and fried potato. It also has sakura shrimp―a perfect choice for the coming spring―as well as a shrimp flavoured rice cracker, basil, and a juicy roasted chicken thigh.

To bring this healthy and hearty springtime bowl together, the ramen is served with medium-thick chewy noodles.

Price: Single Bowl – ¥815 (Before Tax) / Set Menu – ¥500 (Before Tax)
*The size of the servings at 1/2PPUDO are smaller than at regular IPPUDO branches
*The ¥500 set menu option is not available at IPPUDO Lumine Est Shinjuku
Quantity: 30 servings per day