Let’s trace the steps of Perfume, the J-pop group who opened a new door to a miracle 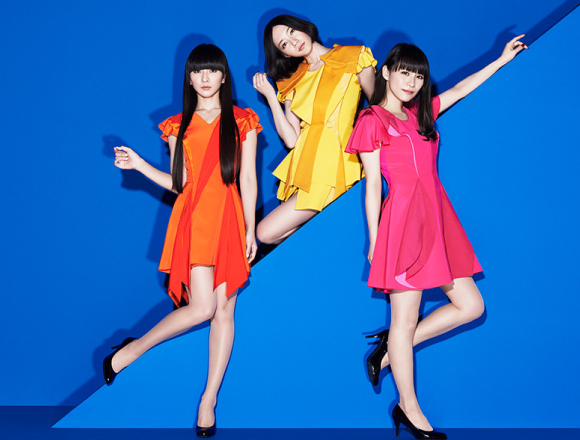 Last year was a turning point for Perfume, who celebrated 10 years since their major debut. They entered their 11th year this year and released their album “COSMIC EXPLORER”, a record which marked the opening of a new door in their career. In this article, we trace the steps of the techno pop unit trio’s success, a group who have built great popularity even overseas.

The chemical reaction which gave rise to a miracle
Perfume formed in 2000 and have been active for 16 years. The three of them met at an actors’ school in Hiroshima and performed as local idols under the name Perfume (originally written in Hiragana as ぱふゅーむ as opposed to the current Katakana spelling パフューム). The girls had no idea of the miracle they were soon to encounter and continued to perform.

They subsequently met MIKIKO who was a teacher at their school. They received dance lessons from which they began to shape their style as Perfume, before heading to Tokyo after their activity as a unit grew in 2003.

And so began their indie years where they didn’t know left from right. Their miracle encounter came to realisation with their first single “Sweet Donuts”. And that miracle was Nakata Yasutaka of CAPSULE. His sound was to become the core of Perfume and is what gave rise to them. At the same time, it brought along with it introduced many other creators to the organization of the group. One of those people was Seki Kazuaki. He created the CD jacket to the 2nd single of the trio’s indie period titled “Monochrome Effect” which was released in 2004. Seki has directed many of the girls’ music videos and continues to do so.

A sudden breakthrough and onto a dream stage
Although the girls made their long awaited major debut in 2005, their brilliant start had a straying phase. But the light shone once again in 2007 with their Nakata Yasutaka produced single “Polyrhythm”. The track was used in all kinds of advertisements and recycling commercials and is the song which made Perfume a nationwide hit.

They released their album “GAME” containing “Polyrhythm” in the following year which reached number 1 on the Oricon Charts and also took the 50th Japan Record Award for Best Album. They shot straight to stardom and maintained their popularity.

After their prayers were answered with a performance at their dream venue the Nippon Budokan, they appeared for a show at “ROCK IN JAPAN FESTIVAL 2009”. They subsequently became the face of the festival and grew as a necessary unit within all areas of the music scene.

In 2010, they embarked on their dome concert “1234567891011” in Tokyo is only the second female music group in the country to have achieved such a feat. Moreover, both their performance at the “Mnet Asian Music Awards”, Asia’s biggest music award ceremony, and their winning “Best Asia POP Artist” there are what started the word of Perfume outside Japan.

Overseas fans breathing new life into Perfume
The girls rapidly performed on bigger and bigger stages. After being called Japan’s biggest artist at the end of their dome tour, Perfume found themselves unable to go any higher.

Their song “Polyrhythm” was featured in the film “Cars 2” and the members attended the film’s world premiere in Los Angeles where fans at the site pleaded for Perfume to perform in Los Angeles. The girls were moved by those words and began to see that they had dedicated fans overseas as well, and so set their vision on embarking overseas backed up with moving record companies in 2012.

The spread of Perfume overseas happened in an instant, and they toured Taiwan, Hong Kong, South Korea and Singapore in the same year for their tour “Perfume World TOUR 1st”. Carrying on from that, the girls embarked on “Perfume WORLD TOUR 2nd” where they forked out into Europe, performing in 3 cities in Germany, the UK and France. Perfume successfully completed “Perfume WORLD TOUR 3rd” last year with performances in Taiwan, Singapore, Los Angeles, London and New York.

Moreover, after their Tokyo Dome concert, in their most cutting-edge performance to date thanks to the help of Daito Manabe, Perfume took home the Cyber Division Award at the Cannes Lions International Festival of Creativity. They also performed at the world’s biggest interactive festival South by Southwest in 2015 where their amazing technology was extremely well received by the audience.

With creators from every field by their side and connected fans around the world in every country, the 3 girls march forward into new light with their America tour which begins on August 26th. This world tour is different from anything they’ve done before. They will be spearheading with their new album “COSMIC EXPLORER” and will be performing for the first time in Chicago and San Francisco for a total of 4 city performances in the US. It will be their second time in both Los Angeles and New York, where fans wait in anticipation for their return. For those fans, it will indeed be something to look forward to with Perfume wielding their new album; in what way will it be presented, and what new challenges will they face?

Together with their sound, dance, performance, technology and unified personalities, Perfume’s performances are something capturing and enchanting fans around the world. These are the same three girls who were dreaming of playing big stages in their own country. Perfume’s stage one day placed itself on the world; their music and success is like promise from some miracle encounter. Let us keep on watching Perfume in eagerness -until they meet their future promise – as they continue to perform for us.