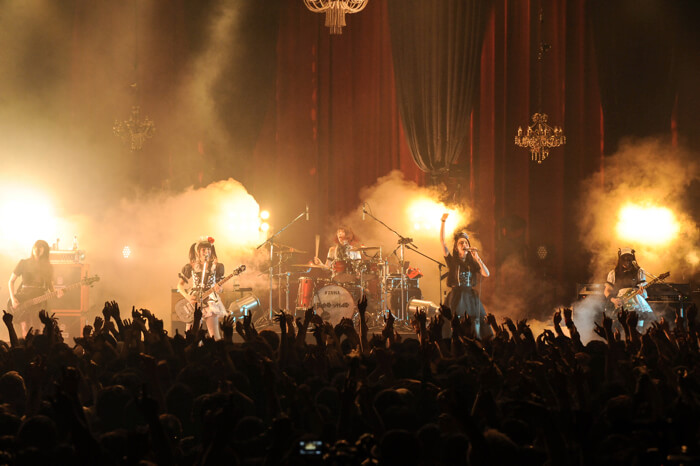 BAND-MAID wrapped up their WORLD DOMINATION TOUR 2018—which took them to Tokyo, Nagoya and Osaka—at Zepp Tokyo on April 13.

Tickets had completely sold out. 2,500 enthusiastic goshujin-sama (masters) and ojou-sama (princesses) were served up a memorable night by the rock maids. 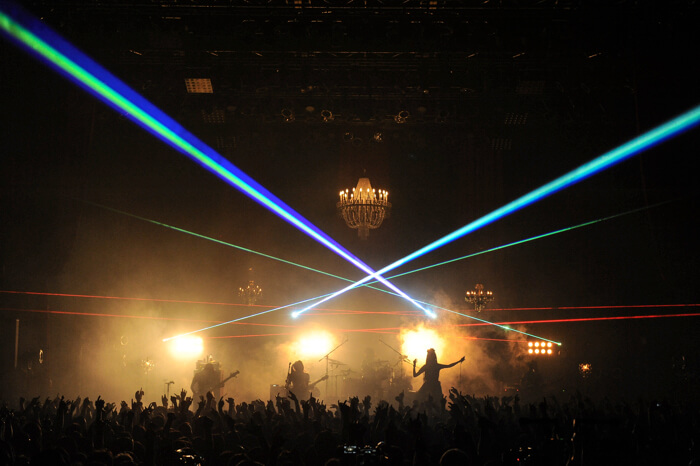 As the giant chandelier swayed to and fro illuminating the dark room with its lit candles, the band members stepped onto stage amongst the ambience.

Equipped and readied, the band fittingly opened the set with DOMINATION, a number that is at the centre of the girls’ ultimate goal: world domination. Laser beams shot through the room during the riotous opening, signalling the start of the night’s furore. 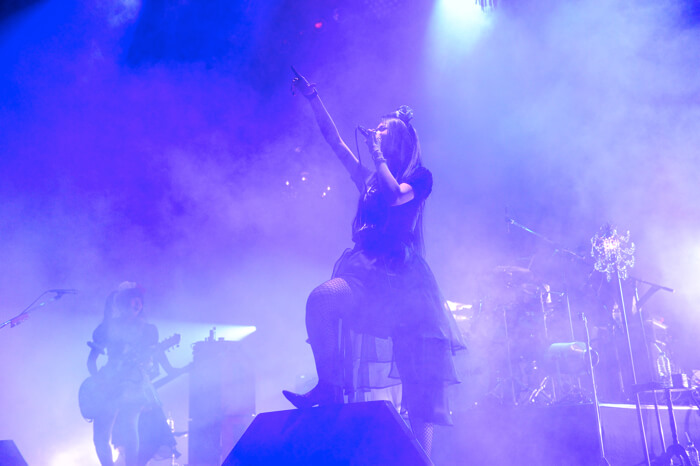 A string of radical and relentless tracks ensued, including Play, the non-fiction days, and Moratorium, shaking the venue to the ground with a non-stop arsenal of 11 songs. 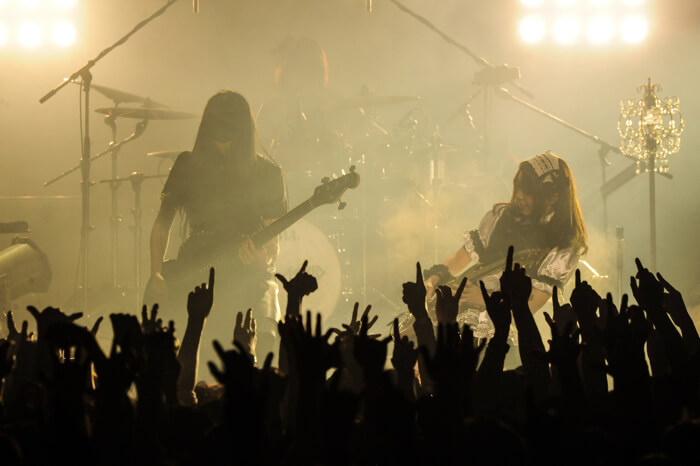 Kanami (Guitar) and Misa (Bass) duelled it out in a solo battle during Don’t you tell ME, only adding to the fire of the fans’ frenzy. 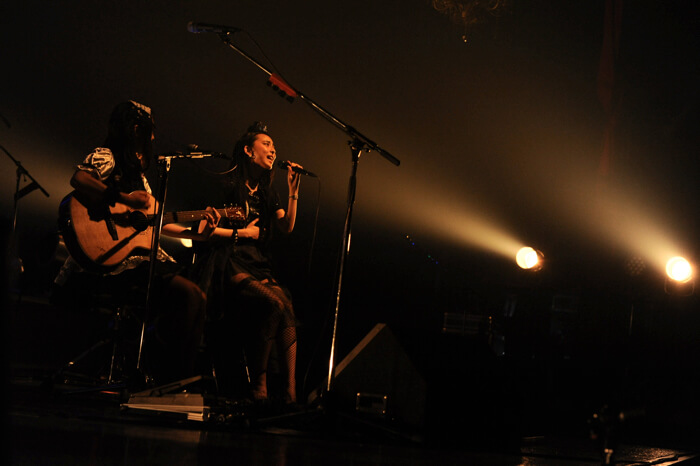 Vocalist Saiki performed acoustic renditions of Puzzle and anemone alongside Kanami. The audience were captured by Saiki’s enchanting voice, showcasing the band’s skilful play between fast and slow numbers. 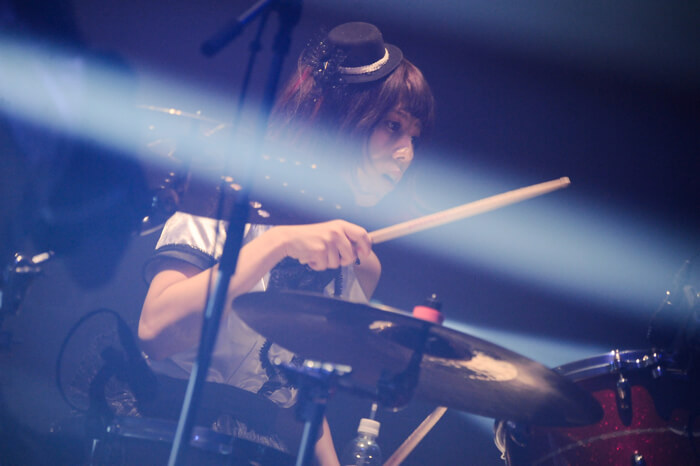 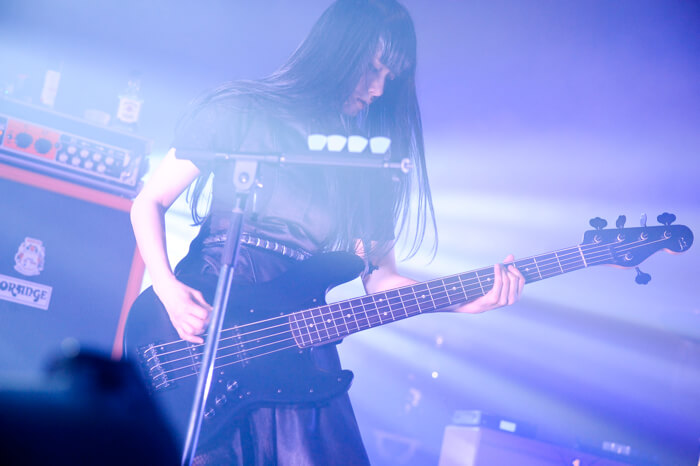 Miku Kobato (Guitar/Vocals) and Akane (Drums) joined Kanami and Misa in yet again captivating the crowd, this time with an instrumental track – the first time they have played it on this tour. The song reaffirmed the members’ talent on their instruments. 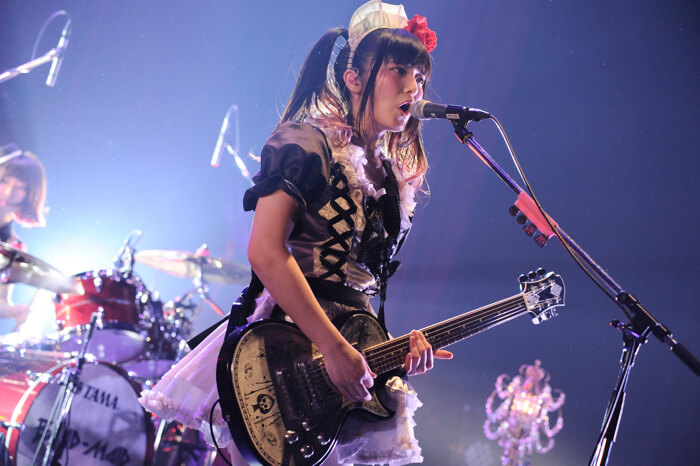 Towards the end of the set, Miku announced ‘Omajinai Time,’ a regular feature of BAND-MAID’s solo concerts, and a common element of the maid café experience. The room changed from a hard rock shaken zone into a full-fledged kawaii maid world, with the crowd shouting Moe Moe and Kyun Kyun!

That’s when Miku Kobato is supposed sing the song Rock in me, but the band never came out and a karaoke track began to play instead, causing laughter to envelop the room at the skit.

The band appeared afterwards to play Rock in me, transporting the room once again into the world of hard rock with Miku’s cute but powerful vocals. 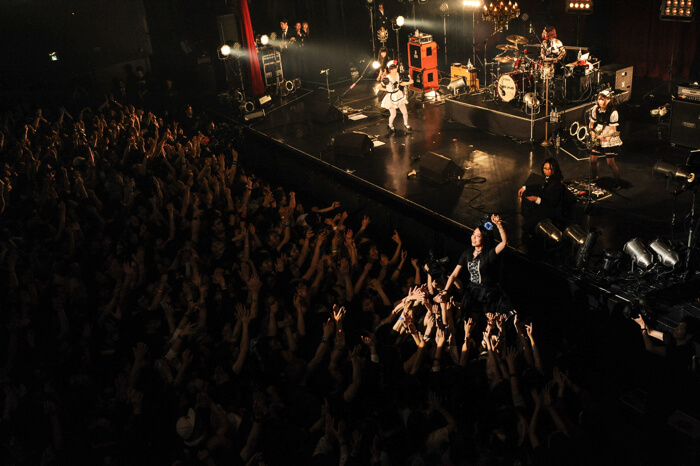 Saiki stepped onto stage once more and the band pushed towards the end of their maid service and towards their ‘world domination’. The cool and collected Saiki took off her heels and threw them during FREEDOM, inducing positive pandemonium. 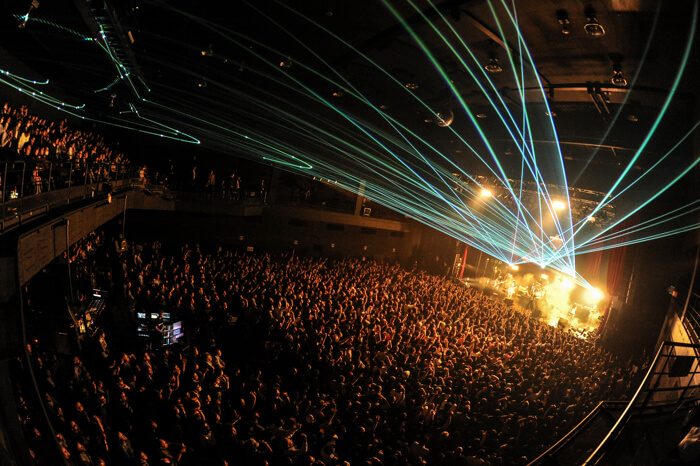 To wrap up the night, BAND-MAID performed Choose me, a song that has proved popular even outside Japan. The band members and goshujin-sama and ojou-sama buried amongst each other realised BAND-MAID’s goal towards world domination by one more step.

At the end of the performance, the band gave information about their concerts that included their first world tour, as well as announced a new single slated for released this summer!

2018 marks a turning point for BAND-MAID as they celebrate 5 years since their formation. They get closer and closer to world domination by the day. Make sure you’re there to see it by keeping up to date.