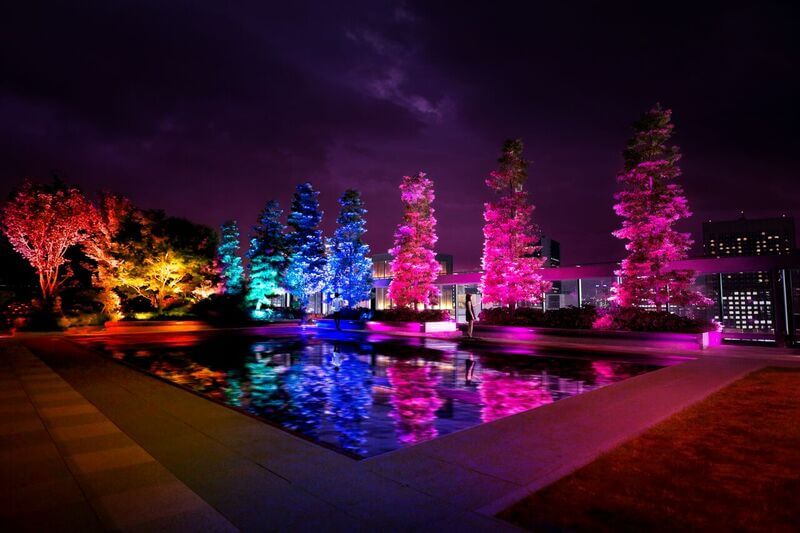 The theme of the work is “Digitized Nature.” Taking place in a 56-meter roof garden, this digital art space combines sound and lights which change and transform as people walk by. This is the first time for this piece to be held in the city and offers people a dreamy experience with the nightscape of Ginza’s streets and buildings as the backdrop.

The trees lining the garden will be individually lit up with bright and colourful lights. It will seem as if the trees are resonating with each other as they fade in and out of different colour tones. As watchers walk by, the colour tone of a tree will change and transmit to the trees next to them. The changing of colours signifies the presence of people, and in turn teamLab hopes people will become aware of the existence of other living things in the same space.

*Shops and restaurants closed on August 27.