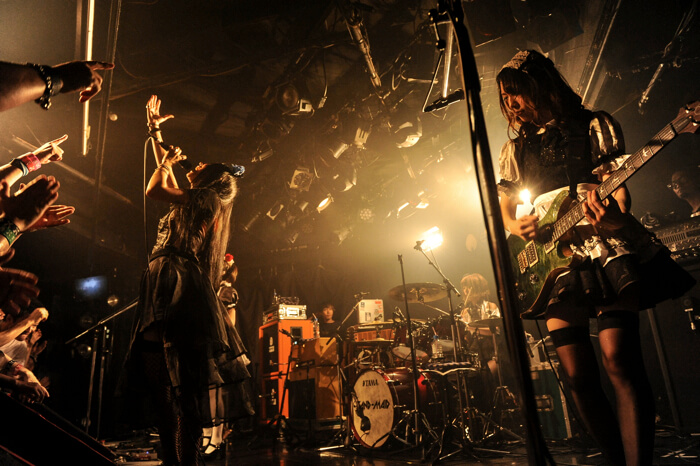 BAND-MAID teamed up with the venue Shibuya Eggman to host three concerts there from July 18 to celebrate their 5th anniversary. They were joined by Arukara on the first day.

The venue was filled with fans who managed to get their hands on premium tickets, all of which were sold out. A mutual buzz was rife in the air as people waited for the show to start. 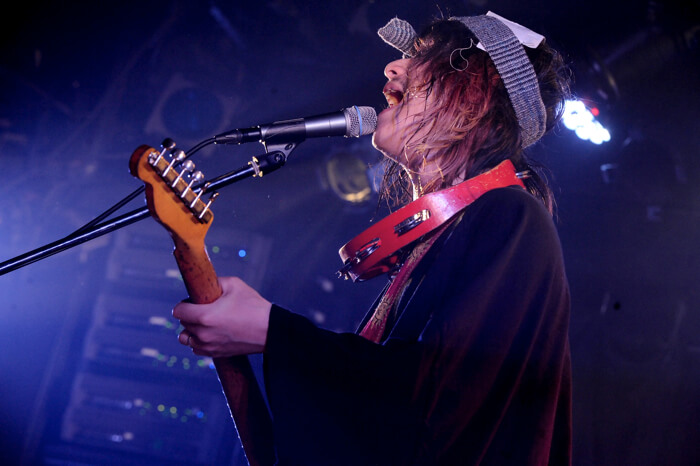 Arukara were first to step onto the stage to begin the two-band show. They got the crowd going with several upbeat tracks like Yaru ka Yaru ka Yaru ka da and Suiyoubi no Mannequin wa Warau. 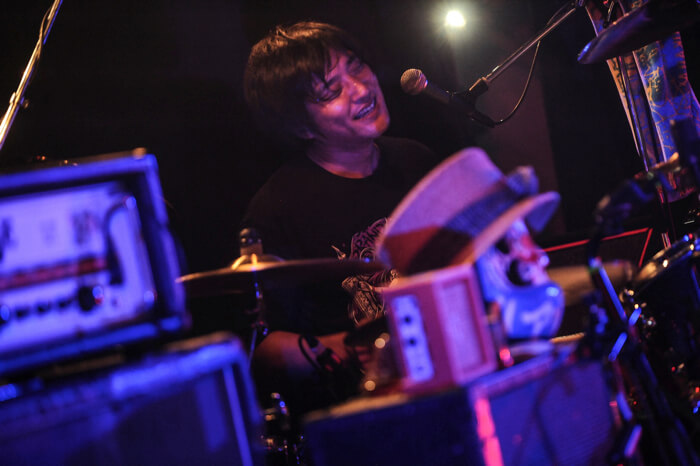 The band said: “Con-gra-tu-lations on 5 years, BAND-MAID! We’re Arukara, eccentrics in the world of rock and acting as BAND-MAID’s butler’s today! Enjoy this next song, a pleasant one to take into the afterlife!” They captivated the crowd with a performance of Saikederinja 2 and their new song Thirsty Thirsty Thirsty Girl. 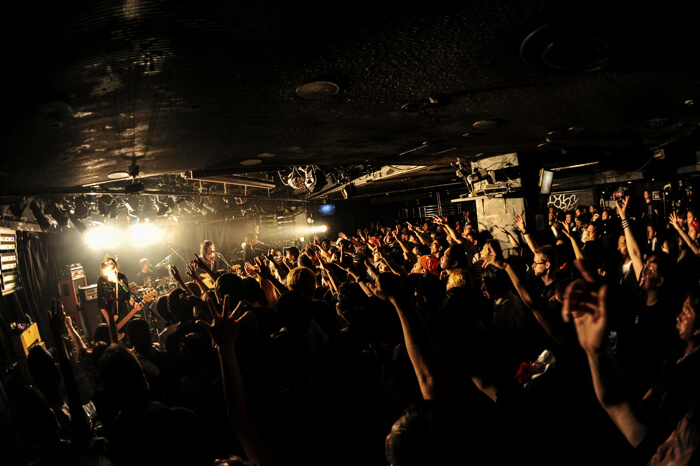 They took another pause to talk about meeting BAND-MAID and welcomed their 5-year anniversary with praise, saying: “They’re one of the few band’s in today’s rock industry who are meticulous with each and every sound.” Towards the end of their set they vowed to return. “We’re entering our 16th year as a band, and we’re happy to have been able to share such a wonderful day with this timing of BAND-MAID’s 5th anniversary. Let’s to it again!” They finished up their 8-track set with Mirai no Oto.

Sound effects began to sound signaling the entrance of BAND-MAID. The members stepped out and vocalist Saiki shouted, “Are you celebrating BAND-MAID’s 5th anniversary?” The band then went full throttle into their performance. 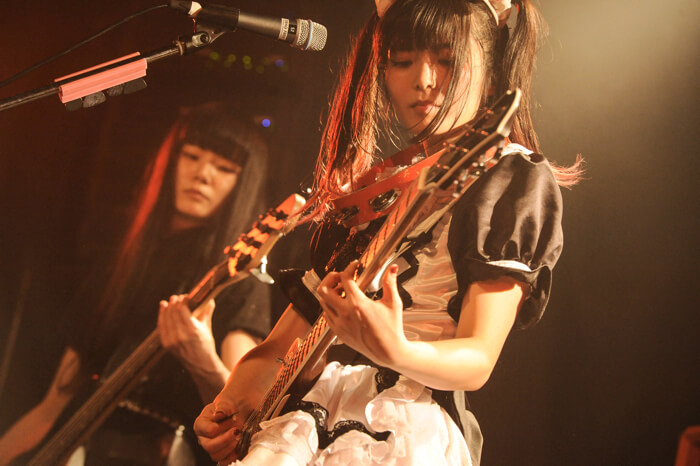 They began with several classic hits such as REAL EXISTENCE and alone before hitting the masters and princesses in the crowd up with a string of songs from their latest album, WORLD DOMINATION. 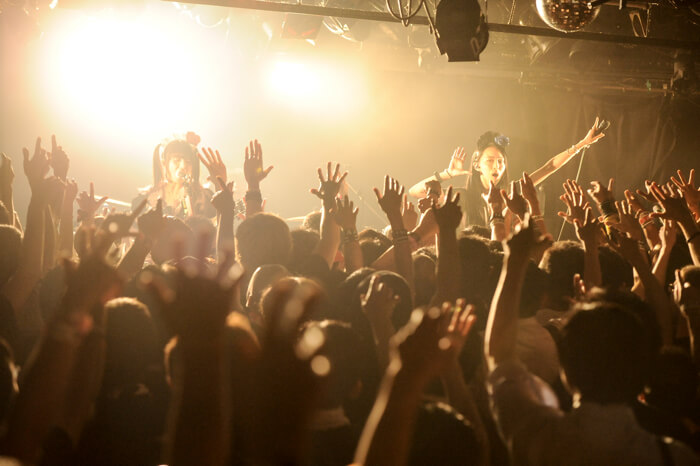 Guitarist and vocalist Miku Kobato expressed her thanks on being able to celebrate 5 years and tour with Arukara, which signaled Saiki to say, “Kobato is merely a fan of Arukara,” as well as explain the story behind how the event came to be. 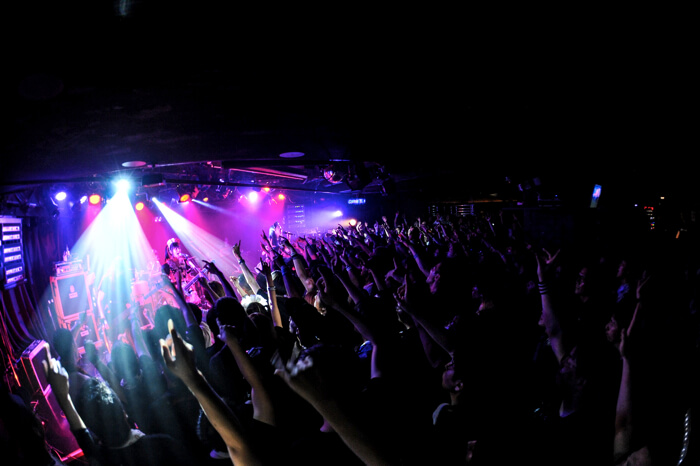 Kobato went on to do her staple ‘Omajinai Time’ call-and-response section where she gets the crowd to say ‘moe moe’ and ‘kyun kyun.’ She then said, “We’ve gone to the effort to tour with Arukara, so we’ve gotta do something,” causing her to borrow Arukara vocalist Inamura’s tambourine to perform Arukara’s own Hankei 30cm no Naka wo Shiranai. 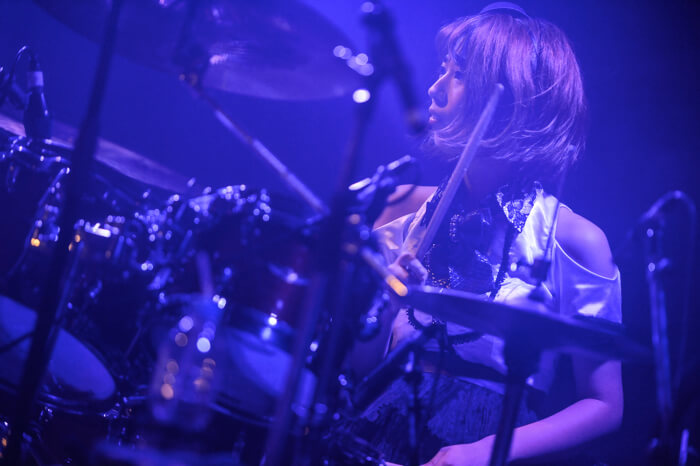 Towards the end of their set the band played their aggressive hits the non-fiction days and DICE before finishing up the first day of their 5th anniversary concert series with DOMINATION. 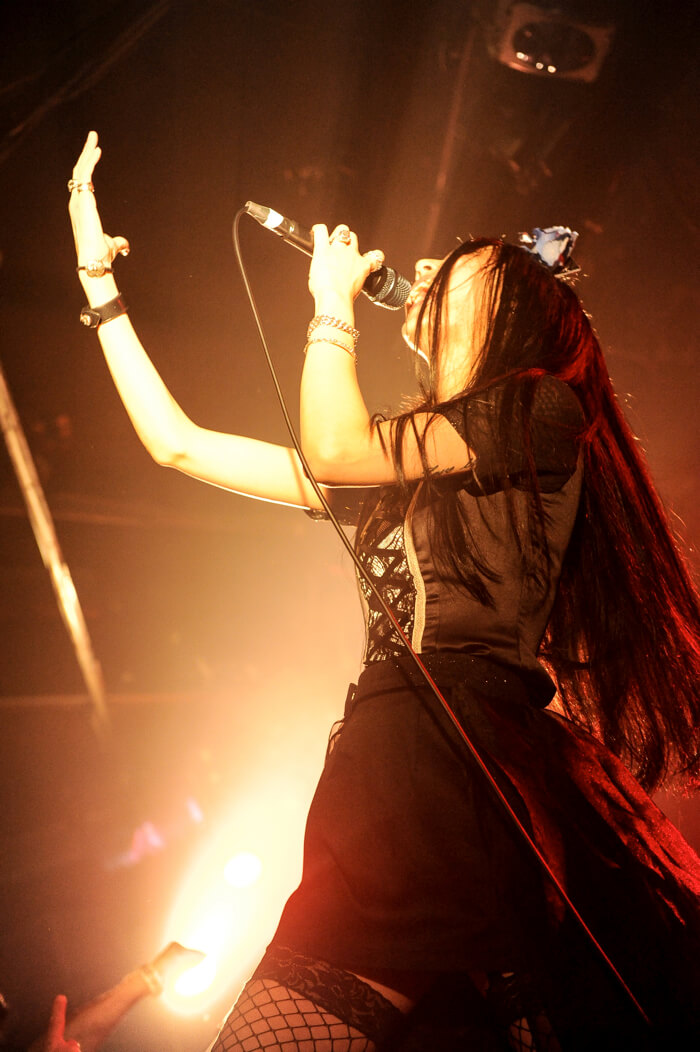 Arukara will continue to perform with BAND-MAID on July 19 and 20 for the anniversary event. BAND-MAID will release their third major single start over on July 25. They will go on to perform at ROCK IN JAPAN FESTIVAL 2018 and Summer Sonic 2018 as well as tour throughout Japan and overseas.

Tracklist (All Editions)
1. start over
2. Screaming

Other (Limited Edition A Only)
・BAND-MAIKO – “secret MAIKO lips” (CD)

*Only 3,500 copies of First Press Limited Edition A to be sold.