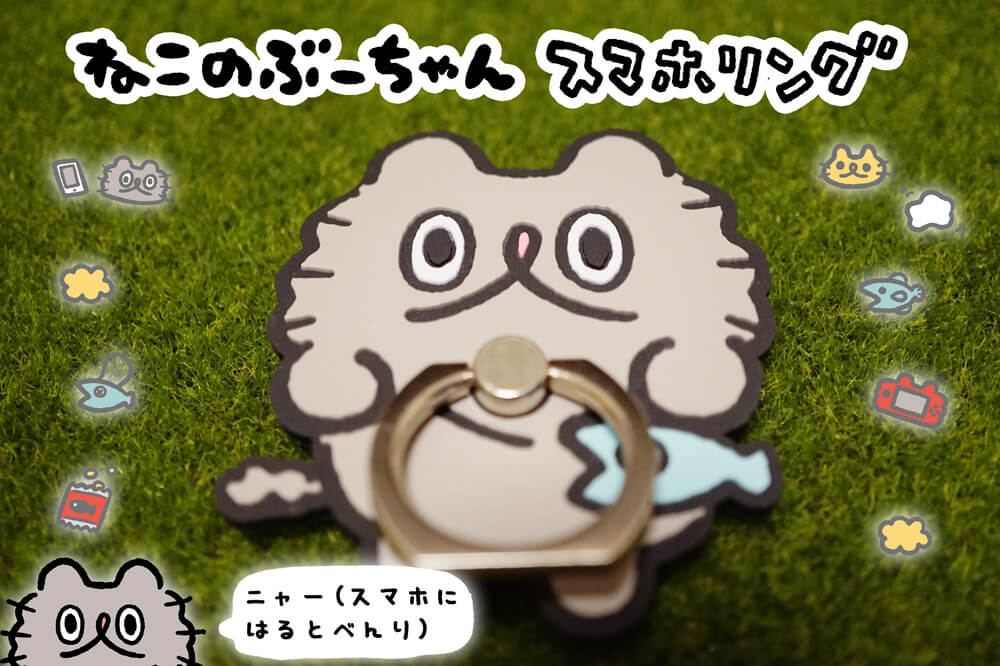 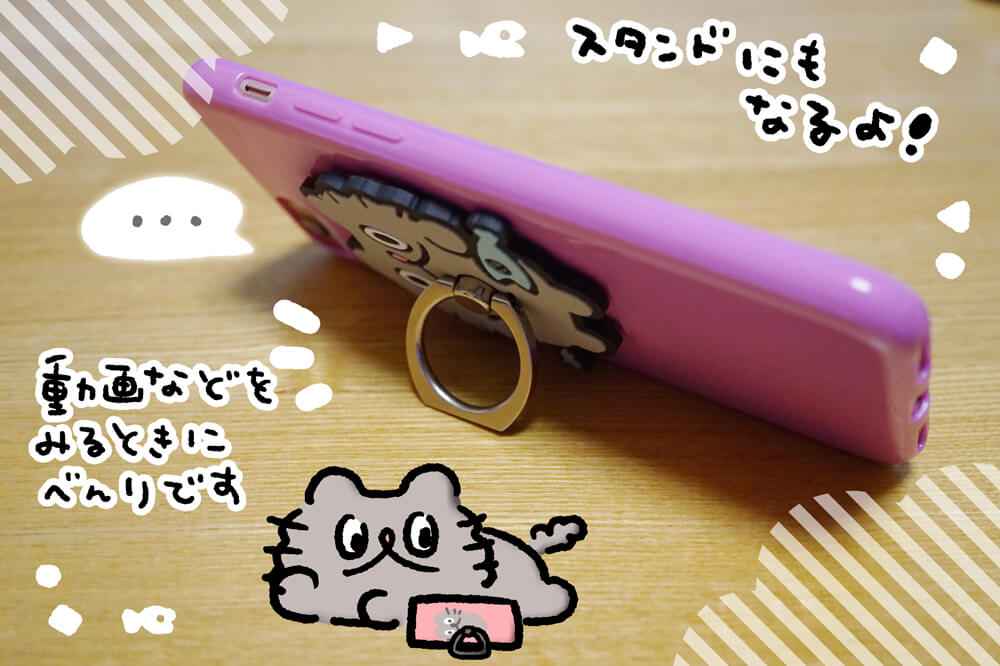 This cute die cut smartphone ring functions as a stand to keep your phone propped up. 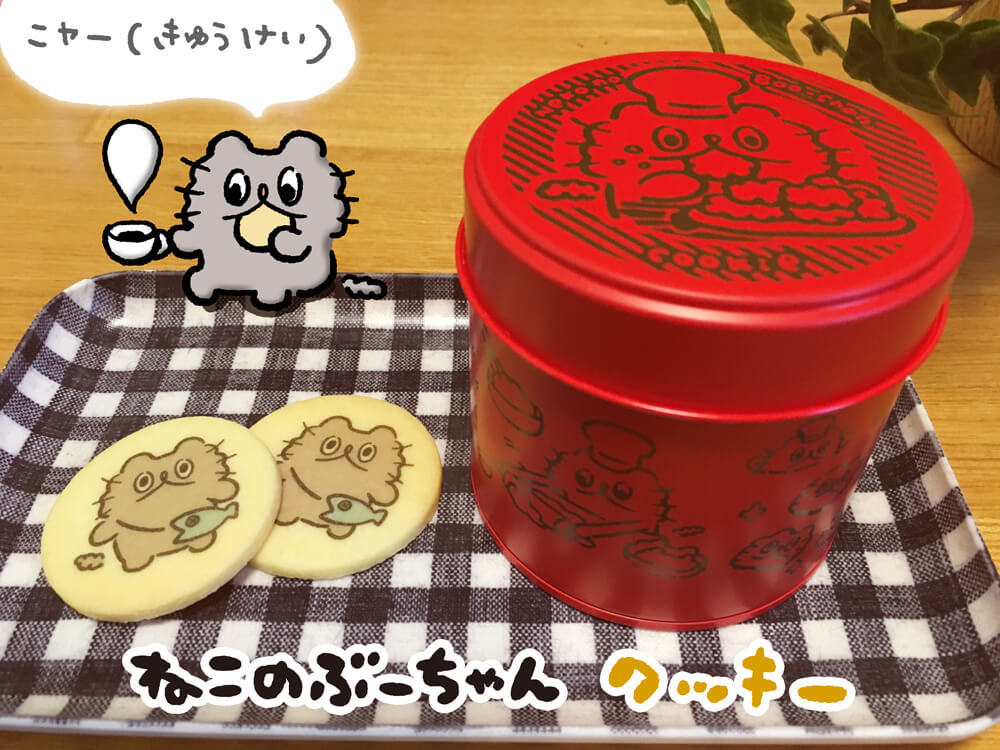 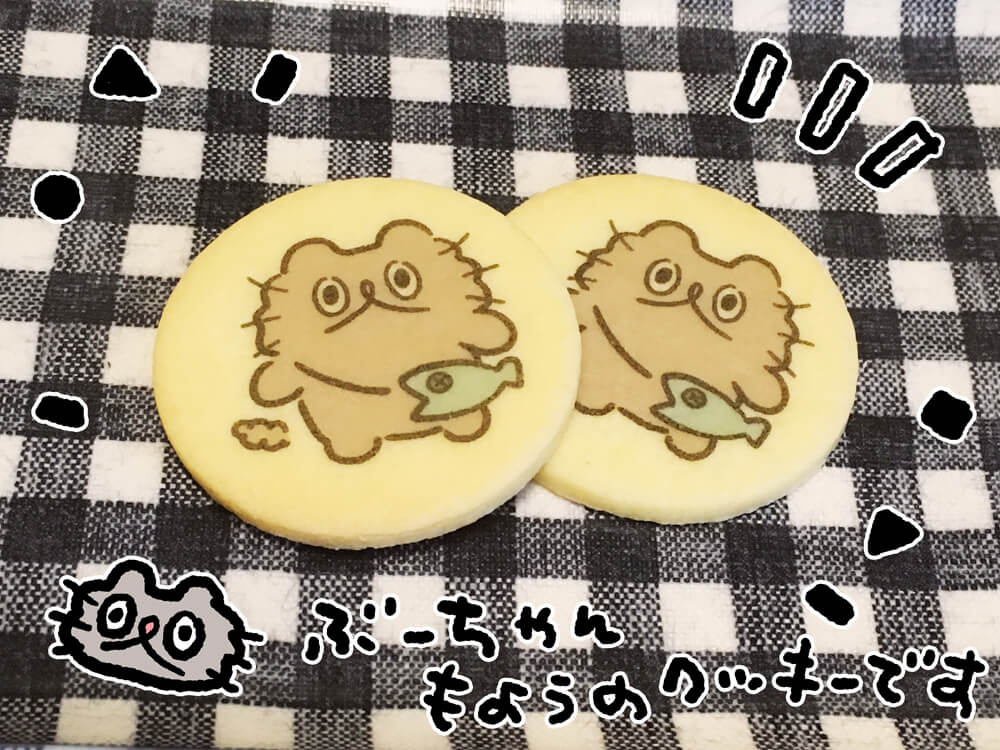 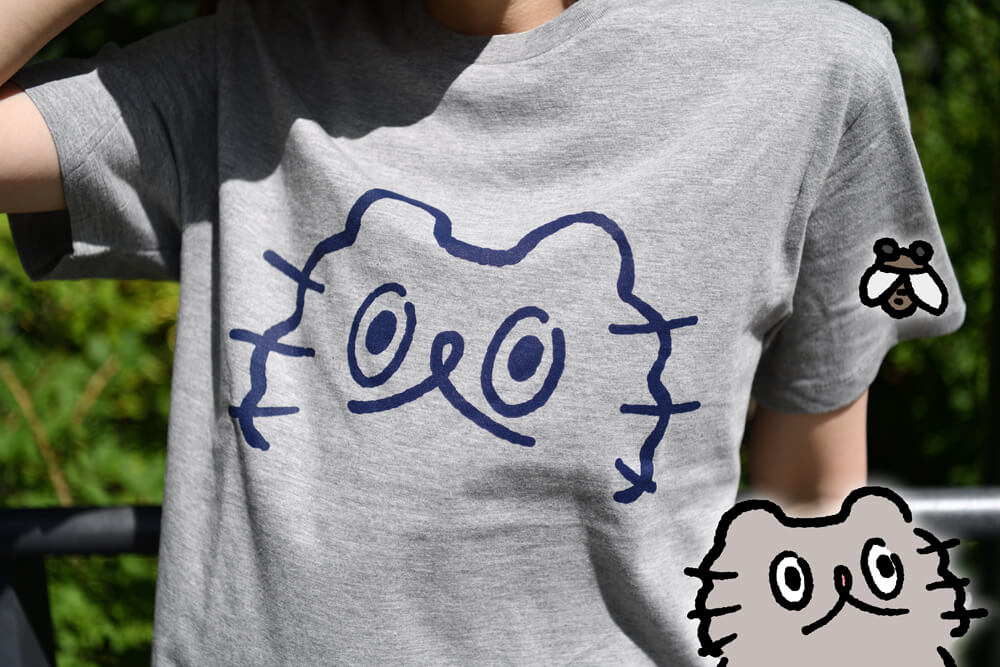 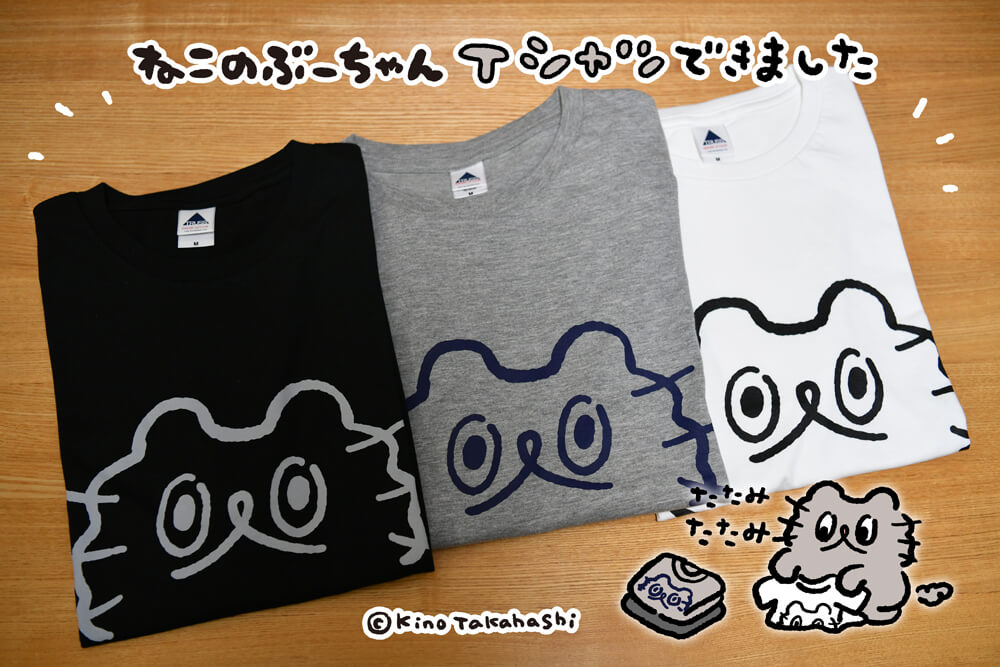 There’s even Buu-chan’s first ever line of t-shirts. There’s 3 colours to choose from. A must-have for this summer.

There’s a range of other new Buu-chan items to get your hands on too, like stickers and badges. Litter your room with this cute kitty!