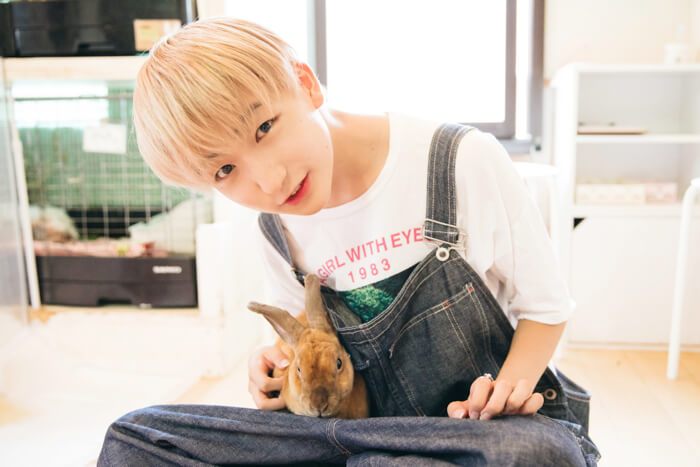 P→★ of Japanese pop dance and vocal group TEMPURA KIDZ loves animals. This is the 3rd entry to his featured series in which he visits animal cafés around the city.

Ra.a.g.f in Harajuku was his destination this time around where he got to play with bunnies! 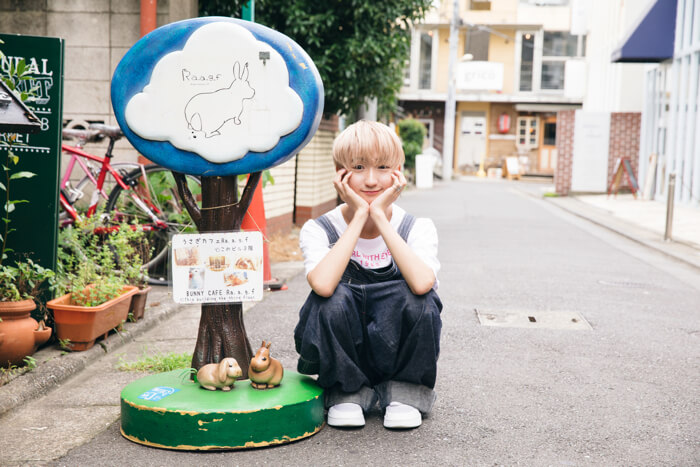 The café is just a 5-minute walk from Meiji Jingumae Station via Tokyo Metro lines, 8-minutes from Harajuku Station via the JR line, and within walking distance from all the lines at Shinjuku station, making it a perfect pit stop when sightseeing in Harajuku! 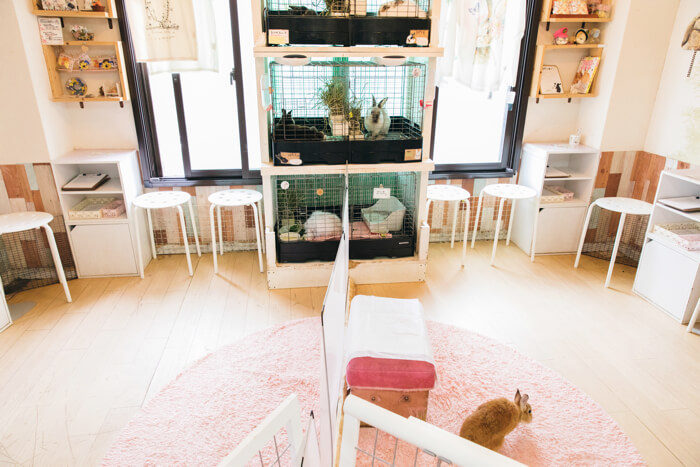 About 15 rabbits live in one room at the large apartment. You pick one that you think wants to play at let them roam around the room. The rule is that you let them out one at a time. They’re a territorial animal, so if you let two out they will pick quarrels, and if they’re male and female they will end up mating. 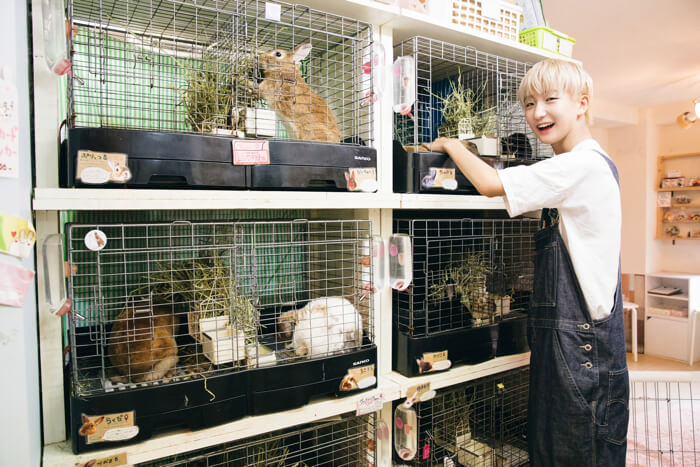 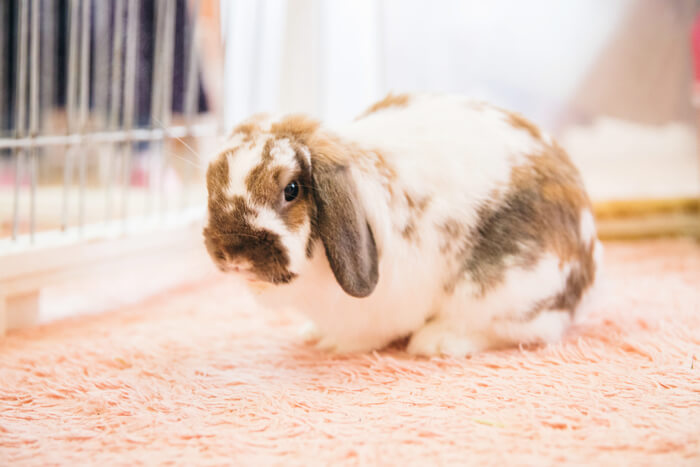 The first bunny P→★ picked was the floppy-eared Roko-kun, a male Holland Lop. 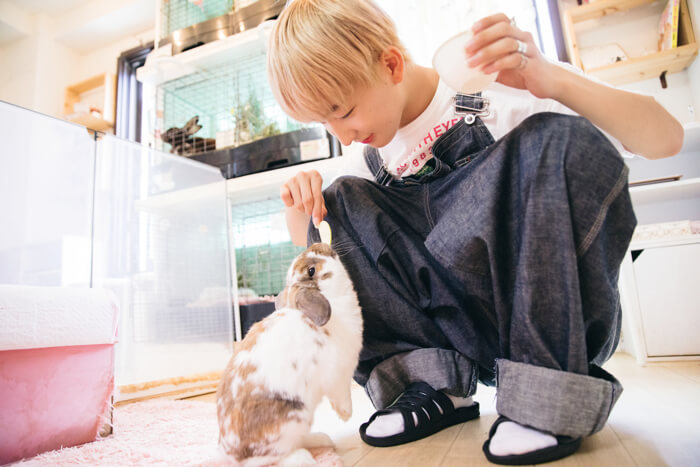 The rabbits seek out feed so if you use the food provided they will move closer to you. It’s ¥150 for a bunny snack. They have bad eyesight so it’s best to hold it close to their face. They also know their own names, so try calling out to a bunch of them. 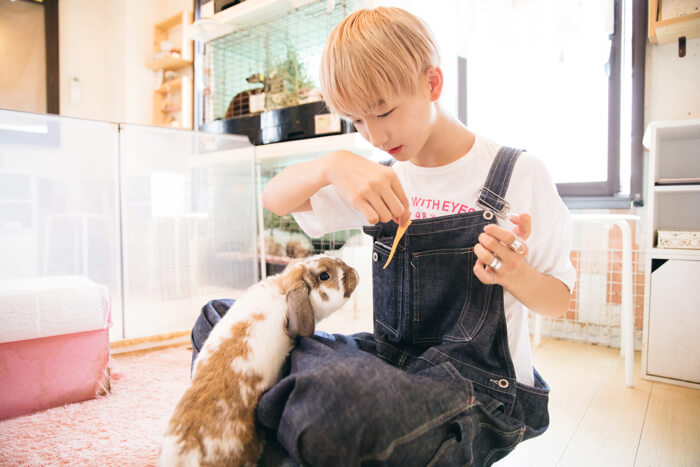 Rabbits are predatory so they’re not good with being hugged. It’s strictly forbidden to hold the rabbits in the café, so guide them to your lap with the snack. 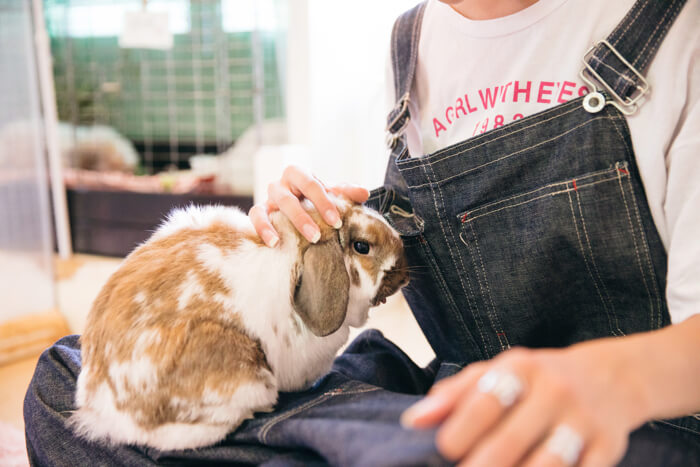 Roko-kun kindly came and sat on P→★’s lap! Rabbits hate being touched under the chin and on the belly, so when petting them make sure to do it gently from their heads down their backs. 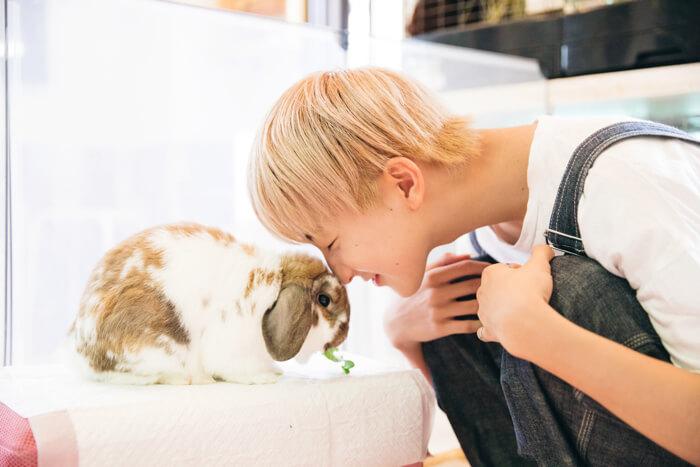 They seem to be getting along nicely! “He’s cute, I want to keep him myself! So fluffy!” said P→★. 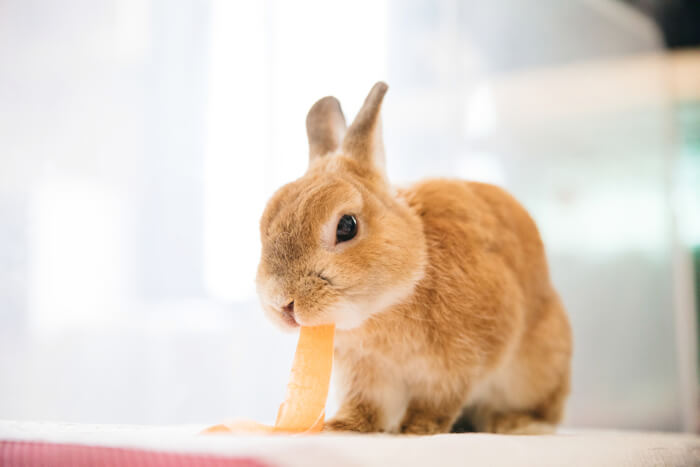 The next rabbit that P→★ met was the most handsome of the herd – Purittsu-kun, a male Netherland Dwarf. He’s the most popular in the café because he looks just like Peter Rabbit. 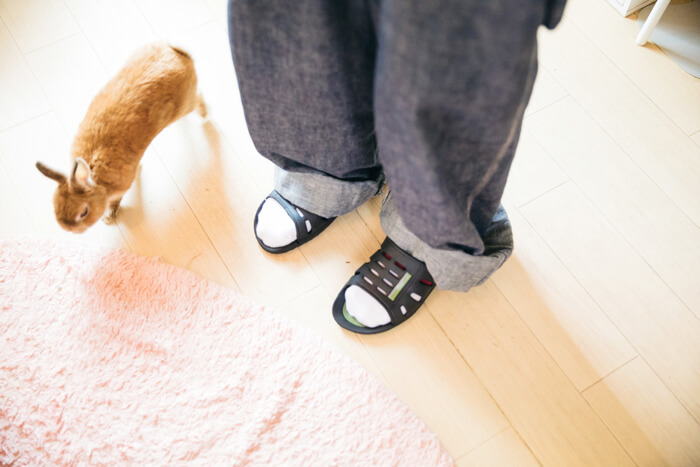 Purittsu-kun likes to run around people. It was like he was intending to play with P→★. He was in good health today. 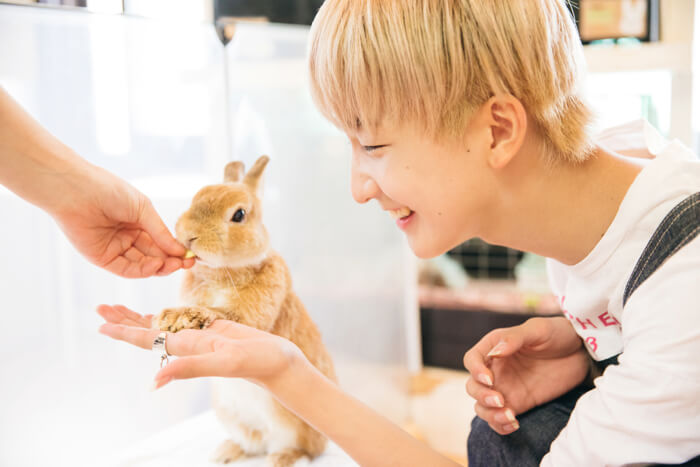 His special skill is handshakes. Try shaking his hands too by timing it when he puts his forefeet up when giving him his snack. 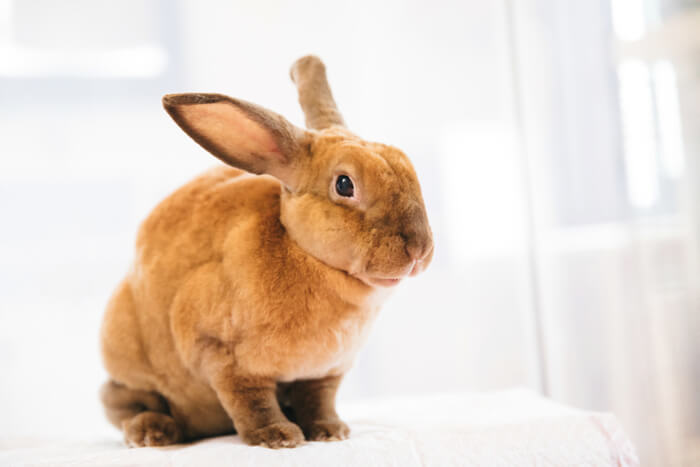 The final bunny of the day is Rakuda-chan, a female mini Rex rabbit. She seems to be the most popular amongst foreign customers. She’s chubby around the chin and butt so she looks really fluffy. 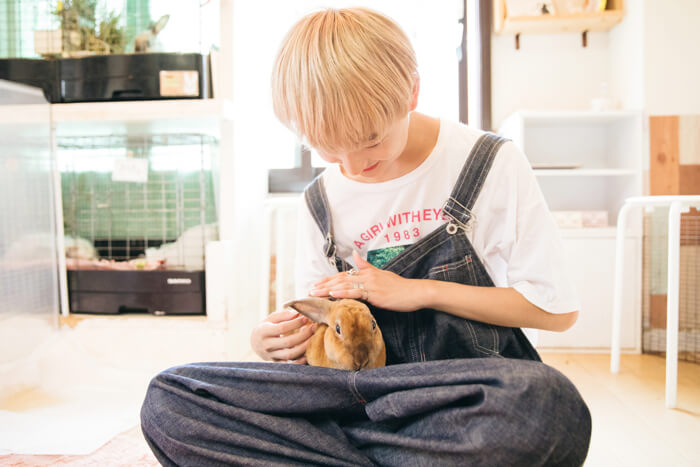 She’s good with people so she jumped straight onto P→★’s lap! 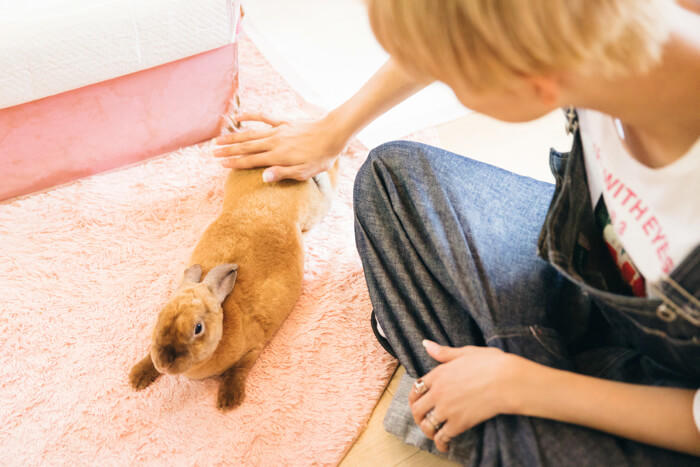 Rakuda-chan also loves getting a massage from the customers! If  you pet her from her forehead down to her butt she’ll lie sprawled across the floor. She’s the only rabbit in the café that does this, so she’s got a lot of repeat customers! 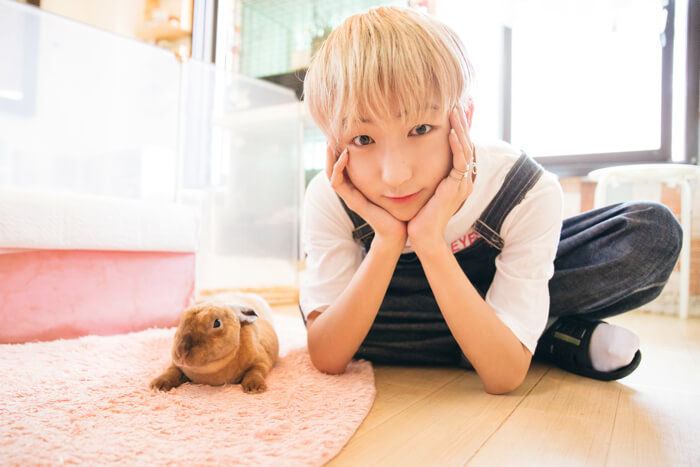 P→★ was very satisfied having gotten to play with so many bunnies!

“When I was in elementary school I touched a lot of rabbits at Toby Zoo, so I’m super happy I got to pet a lot today! I was also surprised by how different it feels to touch a rabbit with long fur and one with short fur! Rakuda-chan is my favourite. She made me feel a lot better♡ “ 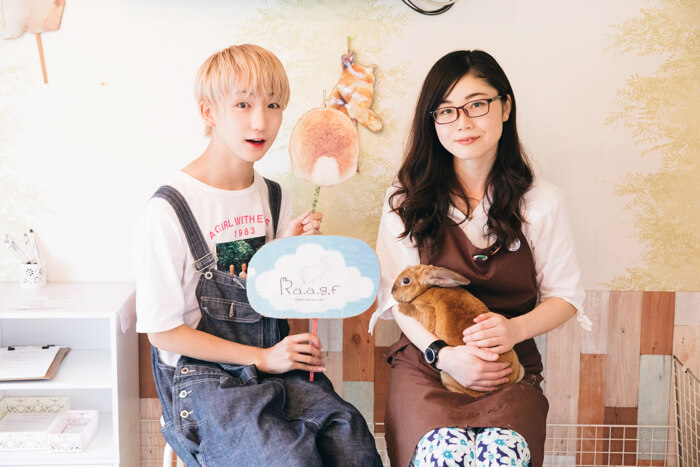 There’s a lot of other rabbit breeds at Ra.a.g.f too. The kind staff there will show you how to play with them all. “The lady there was really interesting, she attended to the rabbits like she was a nursery school teacher! Be sure to try going there yourself!” said P→★.

You can also buy the rabbits on sale there and they also have a rabbit hotel. There’s even rabbit merchandise you can buy, so if you’re a lover of bunnies then you absolutely have to visit!