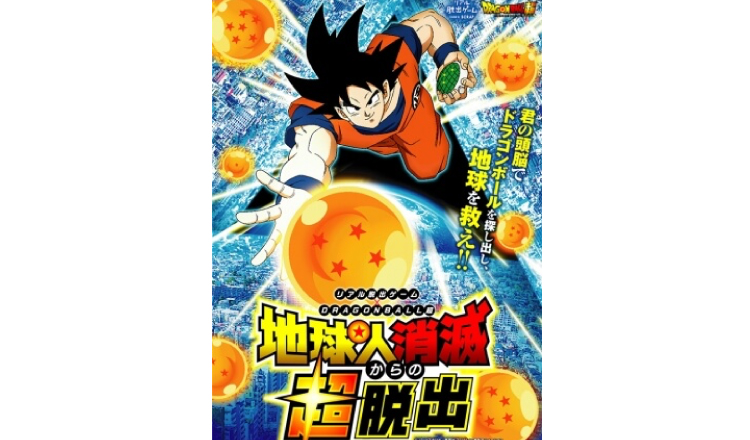 Real Dasshutsu (Escape) Game is teaming up with Dragon Ball to bring a new real life escape game titled Chikyuujin Shoumetsu Kara no Chou Dasshutsu (“The Great Escape From Human Extinction”) which will run from March 22 to May 31. 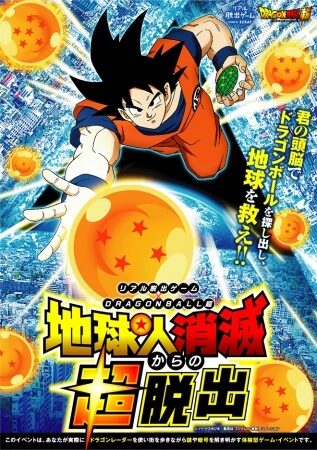 The event was originally held in 8 cities across Japan last year from August to December, bringing in over 20,000 players. It is set to return once more to the same 8 cities as well as Asakusa and Kyoto for a total of 10. The game will also be playable in English from April 12. 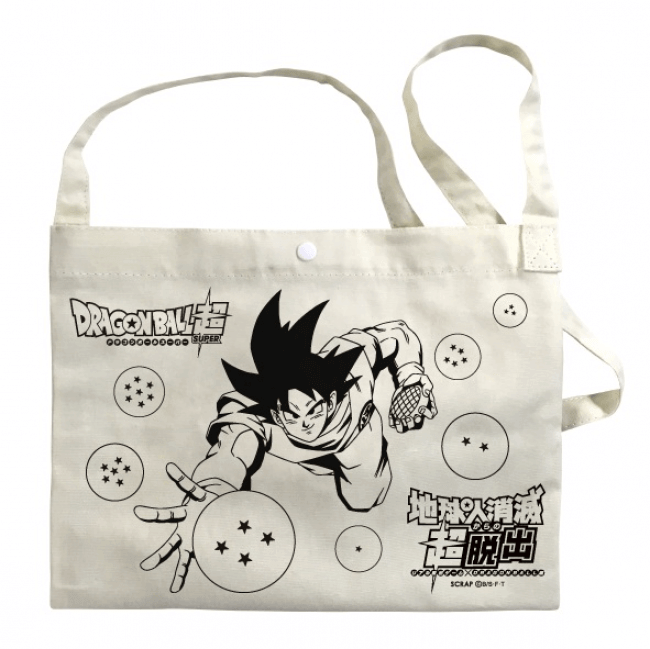 Advance tickets are priced at ¥2,400 and same-day tickets at ¥3,900. There is also an advance ticket option to receive the above-pictured bag too for ¥3,900.

Experience the new Dragon Ball escape game powered up bigger and better than ever.

Same-Day: ¥2,900
*Same-day tickets will not be available if all advance tickets have sold out.
*The optional bag is only available will advance tickets.
*This game requires access to the internet via smartphones, tablets or other devices. Not compatible with feature phones. Any online fees charged are the responsibility of the player.