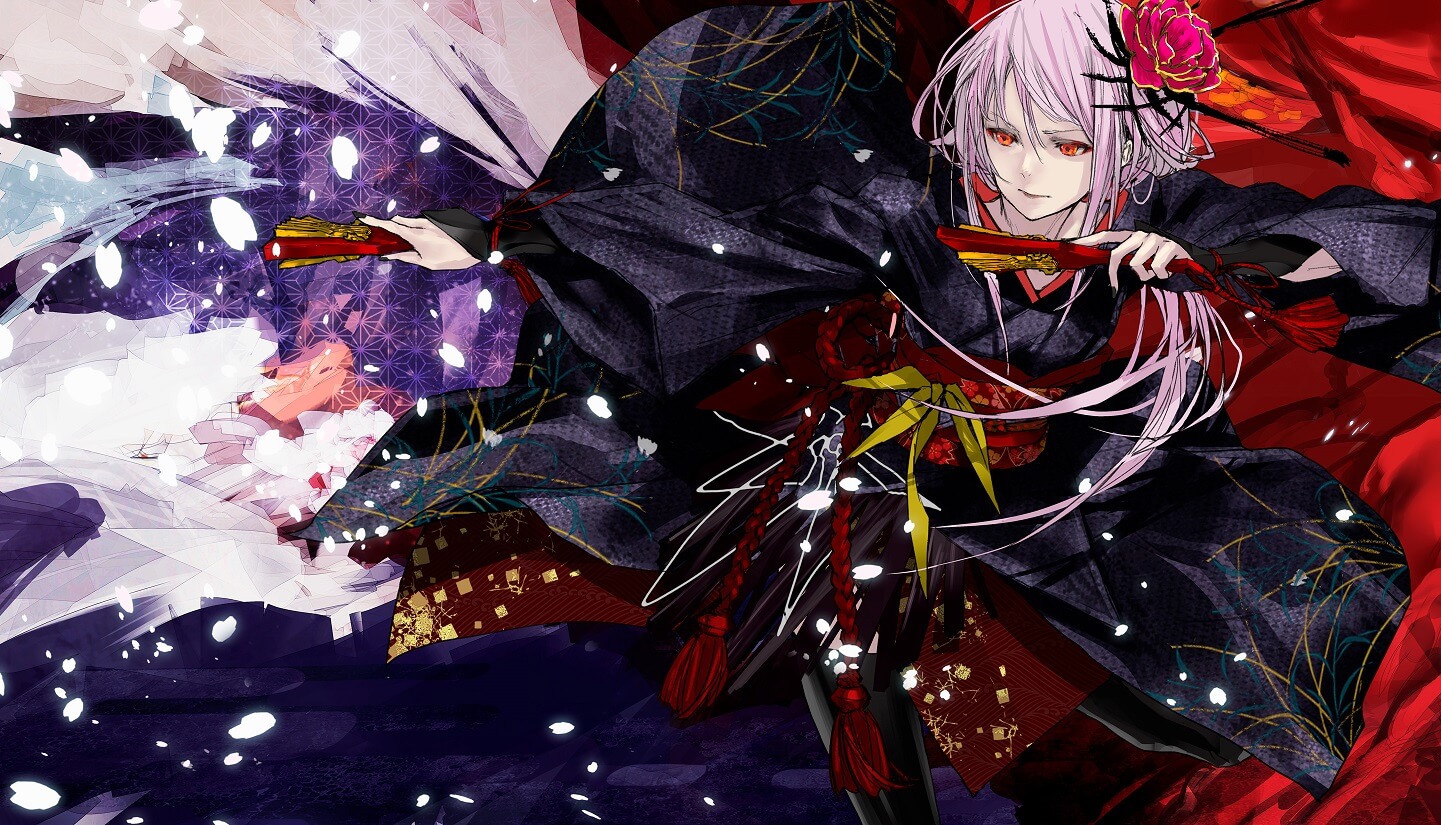 The single’s title track Sakase ya Sakase will be used as the main theme for the upcoming anime film Kabaneri of the Iron Fortress: The Battle of Unato which is releasing on May 10, 2019. Described as a “killer tune,” the song was performed during the group’s ongoing fan club tour EGOIST showcase*005 and plunges EGOIST into new musical territory with the use of traditional Japanese instruments that reflect the animated film.

The tour was set to end at Zepp DiverCity Tokyo on March 31, but due to demand from the tickets selling out a follow-up show will take place at the same venue on April 6.

The other tracks on the single include a cover of the traditional English nursery rhyme London Bridge is Falling Down as well as The Everlasting Guilty Crown Nightcore mix, a remix of one of the duo’s most famous songs from their early days. The illustration above released for the new record was drawn by redjuice.

Next » Trailer for Kabaneri of the Iron Fortress anime sequel out now including opening song written by EGOIST!