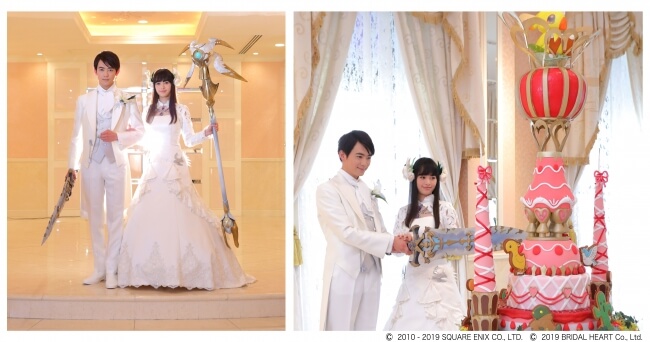 In the hugely popular MMORPG Final Fantasy XIV, players are able to participate in a marriage system called the Ceremony of Eternal Bonding in which they can get married in game. But Square Enix are about to take it to the next level as they team up with Bridal Heart to offer real-life, official FFXIV-themed weddings.

Registrations for the wedding plan opened on May 22 in which people can look forward to professional wedding photography, gourmet cuisine, decorations and much more. 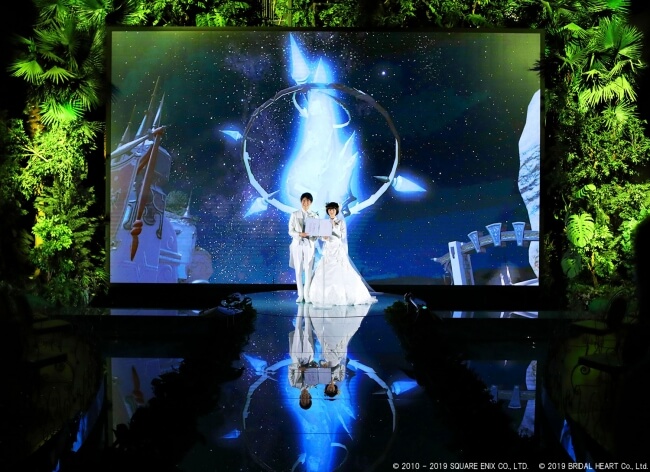 A giant 4K screen will project immersive visuals of the gorgeous world of XIV, sounds and music will play to make it feel like you are in the game, a performance LED lights will be carried out by guests. The venue it is held at has been completely redeveloped and redesigned for the purpose of Final Fantasy XIV weddings.

The banquet table will be adorned with an original wedding cake and Eternal Chocobo, music will chime, and there will be weapons carefully and elaborately recreated from the game. The immersive atmosphere is sure to make your wedding an emotional and memorable one. 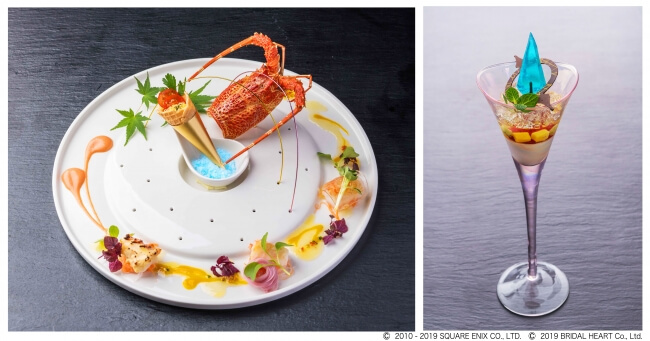 Of course, we mustn’t forget the gourmet menu line-up which is a mix of both Japanese and Western-style cuisine. It includes a full course as well as drinks, cakes, and more.

This is the kind of wedding any fan of Final Fantasy XIV is going to want to have.