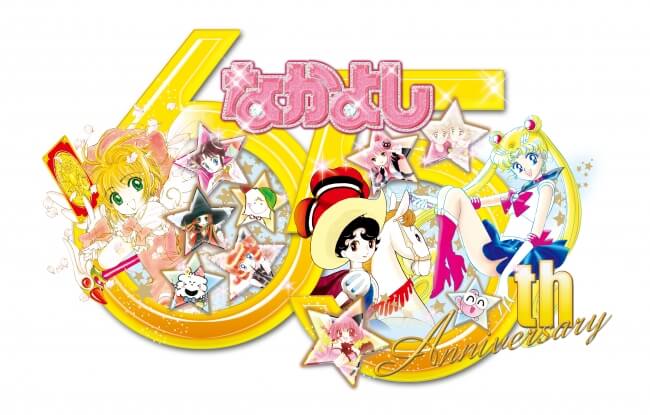 The exhibition is an opportunity to see the magical works of a large number of Nakayoshi’s popular manga. Just some of the exhibition illustrations include Princess Knight by Osamu Tezuka, Youkihi-den by Suzue Miuchi, Nanairo Magic by Yu Asagiri, the worldwide iconic manga Sailor Moon by Naoko Takeuchi, Goldfish Warning! by Neko Nekobe, Magic Knight Rayearth and Cardcaptor Sakura: Clear Card by CLAMP, Sugar Sugar Rune by Moyoco Anno, and Shugo Chara! by PEACH-PIT.

There will also be a special memorial corner set up in honour of Yu Asagiri​, who passed away last year. 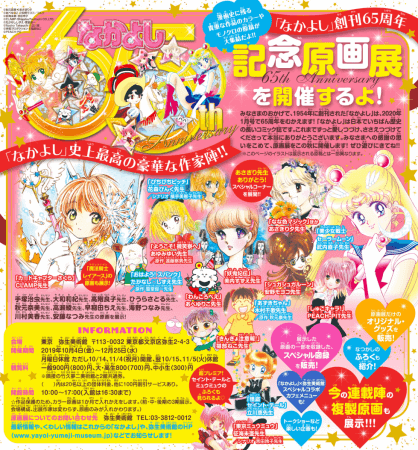 Get ready for even more nostalgia, as extras from Megumi Tachikawa’s Saint Tail and Tokyo Mew Mew (Mia Ikumi and Reiko Yoshida) will feature alongside snippets from Pretty Cure by Izumi Todo and twin sisters Jitsuna Kamikita and Kizuna Kamikita, (Futago Kamikita).

The original illustrations featured at the exhibition will also be compiled in a special book which is planned to be released for sale in September 2019.

Come witness these precious illustrations that have grasped the hearts of many since childhood.

※ You also have access to visit the adjoining exhibition dedicated to Japanese poet and painter Yumeji Takehisa.