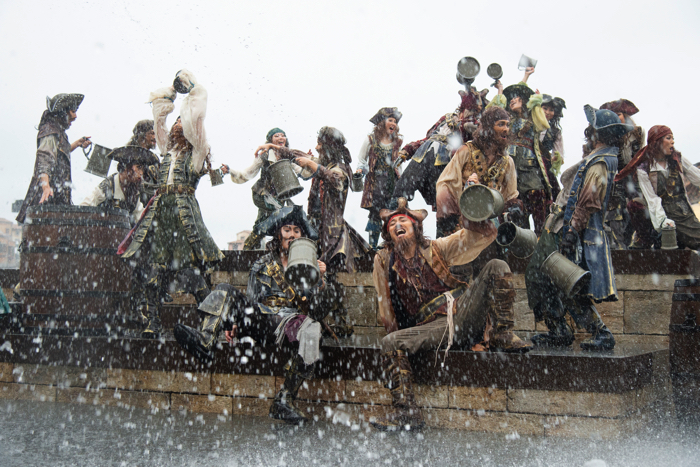 True summer is on the horizon as Japan’s rainy season slowly begins to let up. Tokyo DisneySea’s special summertime event Disney Pirates Summer began on July 7, and if you’re looking to cool down from the hot weather, you won’t want to miss the Pirates Summer Battle Get Wet show that is running until September 1.

The show is inspired by the world of Pirates of the Caribbean and features Captain Jack Sparrow and Captain Barbossa and his band of pirate comrades. It felt like being thrown into the sea life ourselves when we visited.

It begins with Barbossa, who occupies Port Paradiso, and some of his fellow pirates setting forth to plunder Captain Jack Sparrow’s legendary ship. The remaining pirate ruffians left at the port begin loitering around. 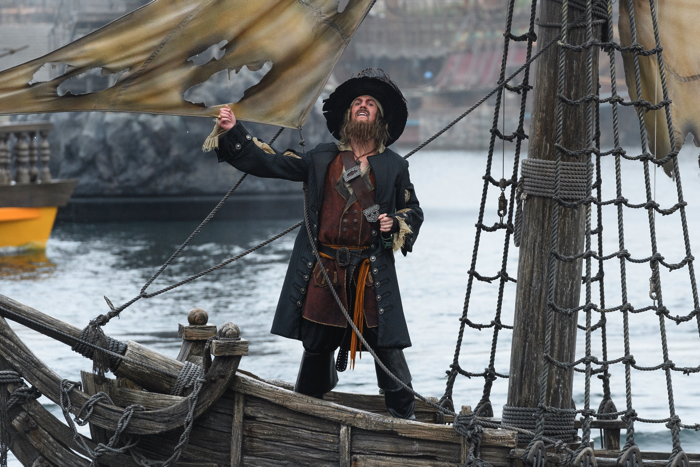 The sound of a horn then burst across the water as the legendary ship appeared. On board is Jack Sparrow who has been defeated by Barbossa to which his fellow pirates cheer. Barbossa then set his eyes on us to become pirates too and shouted that he was going to find out if we had what it takes. 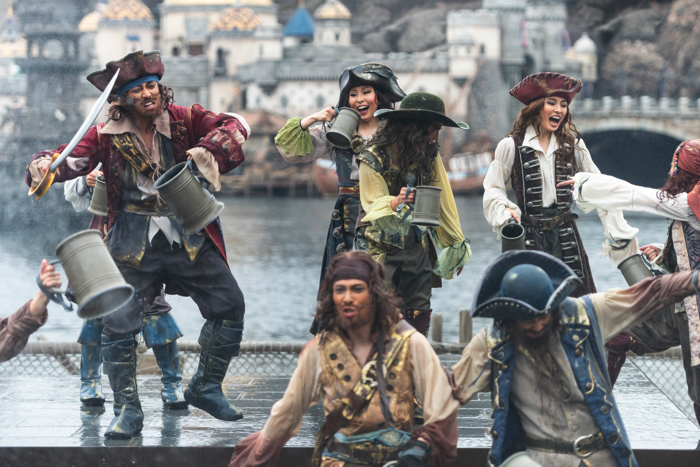 The test began and water was fired at the crowd, the pirates yelling at us things, “So ye wanna be pirates?” and “You want treasure too, don’t ya?” 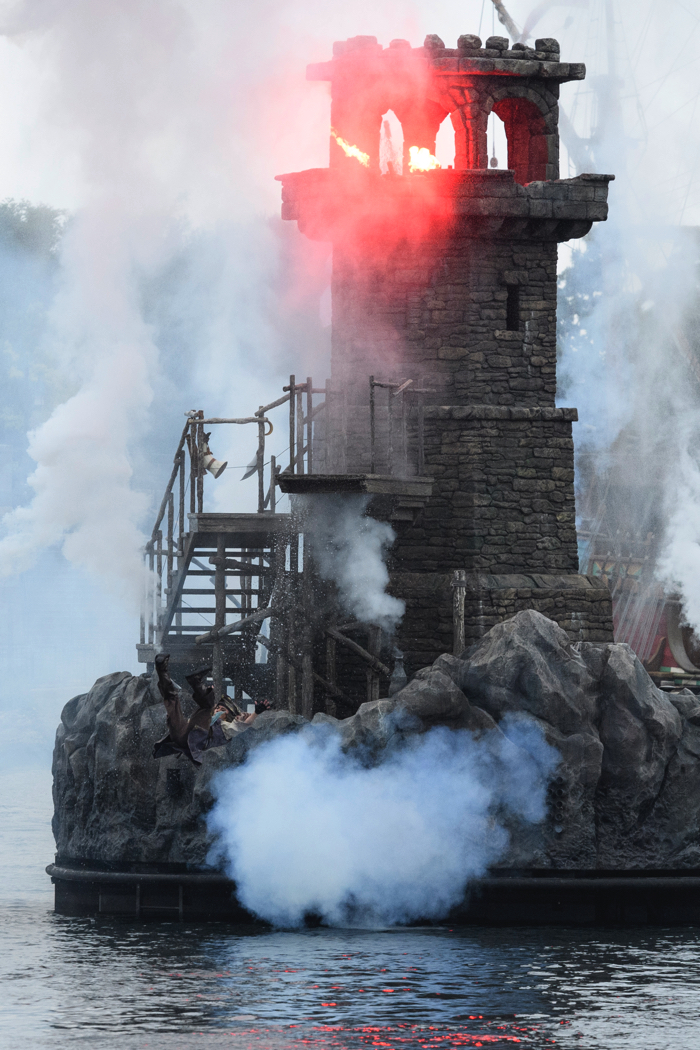 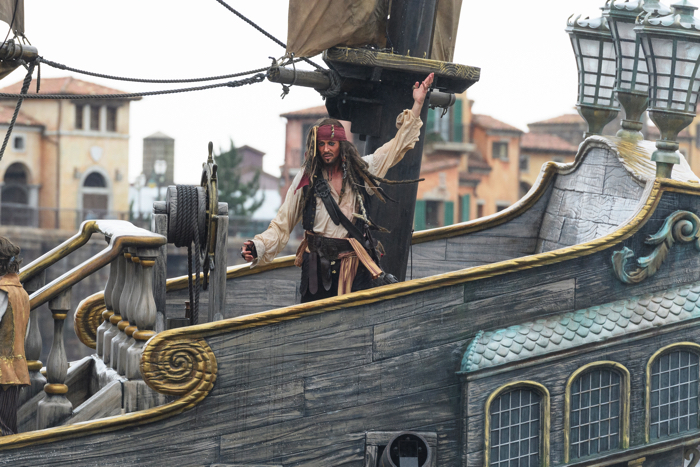 It was at that moment that Jack Sparrow appeared once again on a rickety ship. The crowd were tested on what they had learned and were encouraged to intimidate Jack Sparrow, but… 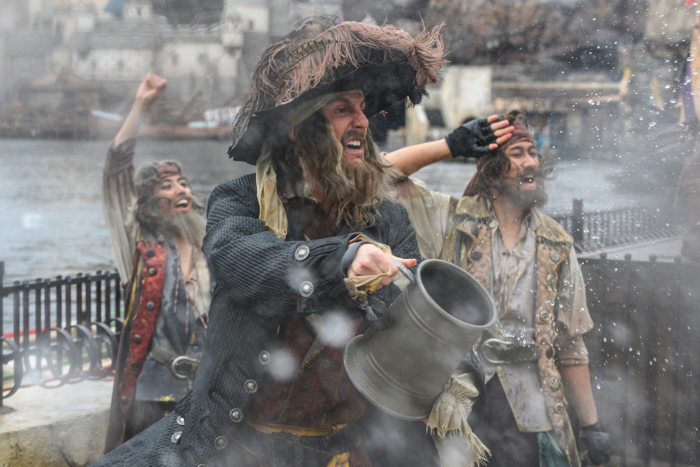 …all of a sudden a merry banquet began! Everybody soaked each other in water, sang and drink. It was during this time that the sly Jack Sparrow took action, causing Barbossa to enrage with fury. 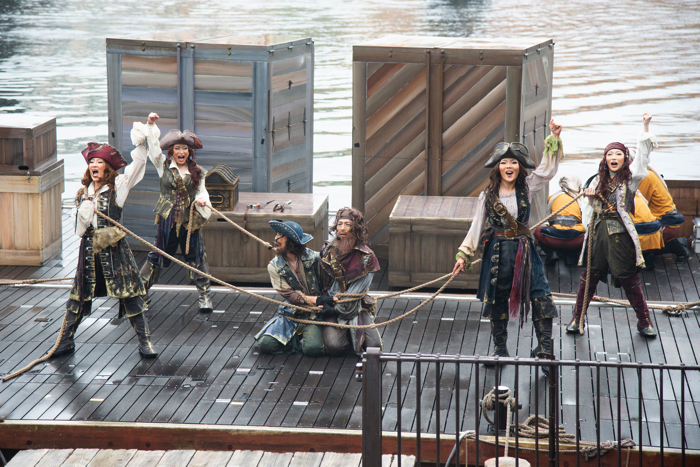 With water shooting and flames blazing during the final battle, who came out victorious? You’ll have to visit Tokyo DisneySea to find your! Enter the wild world of the pirates and get wet this summer for Disney Pirates Summer.