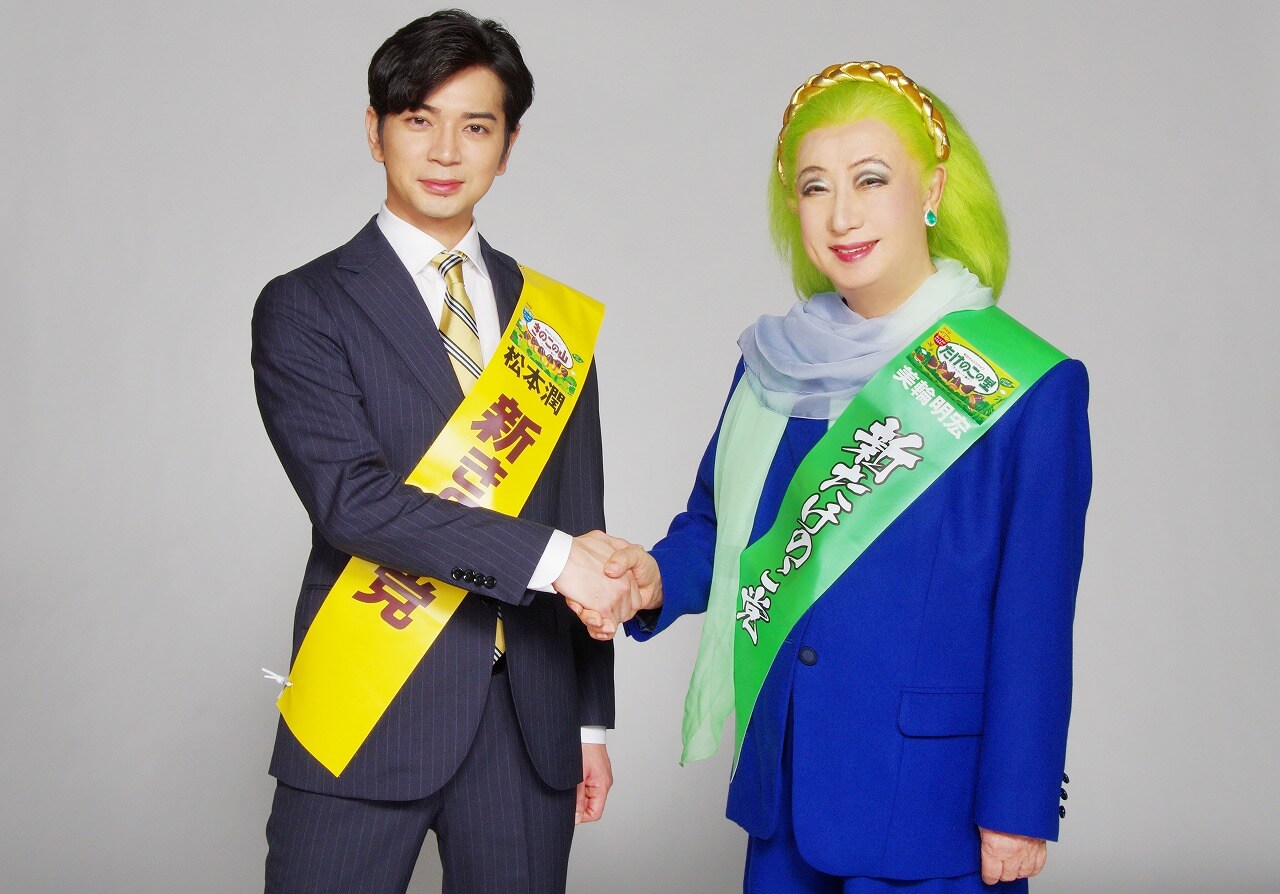 Jun Matsumoto and Akihiro Miwa are set to appear in a new commercial for the 2019 National Election for Meiji’s long-selling chocolate brands Kinoko no Yama and Takenoko no Sato which will air in Japan on August 7.

The election has the nation of Japan voting for their favourite snack of the two. The Kinoko Party lost to the Takenoko Party in the 2018 elections. In March this year, the Kinoko Party changed their name to the New Kinoko Party and appointed singer, actor and model Jun Matsumoto as their party leader, calling for a new election. Voting for the 2019 National Election opened today.

The new commercial for the elections features not only the leader of the New Kinoko Party Jun Matsumoto, but Akihiro Miwa too, who has been chosen as the leader for the also re-branded New Takenoko Party. In the commercial, Miwa interrupts Matsumoto during his election speech.

Both products have been completely renewed with higher quality flavours and new packaging. With the two leaders now mobilised, how did they fair in the commercial shoot?

Matsumoto entered the studio with a relaxed air about him. Wearing his stylish and dapper suit, he engaged in friendly chat with the commercial director.

After their light conversation, Matsumoto was worried how he should portray himself in the recording, but he managed to pull it off perfect in just one take. He even suggested some of his own lines for the speech, really getting into the role like a real party leader.

It was a calm and peaceful mood from start to end. After the recording finished, he thanked the staff with a smile and exited the room.

Miwa entered the studio wearing a deep blue suit and bright green scarf. “Hello, very sorry to keep you waiting,” he said as he walked with grace and with an aura that struck the staff. He nailed the part with his magnificent acting and like Matsumoto, successfully did it in one take. The tone of his lines were spot on which earned him praise from the director who simply said, “Perfect.”

Miwa ensured to check with the director that each and every line was perfect. His stoic presence was enough to convince you that he won’t lose to the New Kinoko Party.