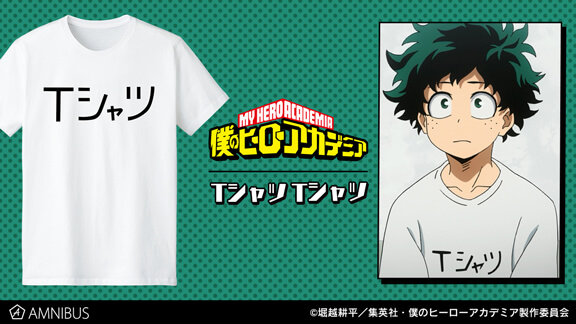 The online Japanese anime, manga and game merchandise website AMNIBUS is now taking orders for a new collection of My Hero Academia themed t-shirts and casual shirts. For international fans, the collection is available with worldwide shipping on the character and hobby website AmiAmi.

In the anime series we see the series protagonist Izuku Midoriya wearing a t-shirt that says “T-Shirt” in Japanese. You can now add the exact same t-shirt to your collection which can be worn either as an under-shirt or as your main t-shirt. 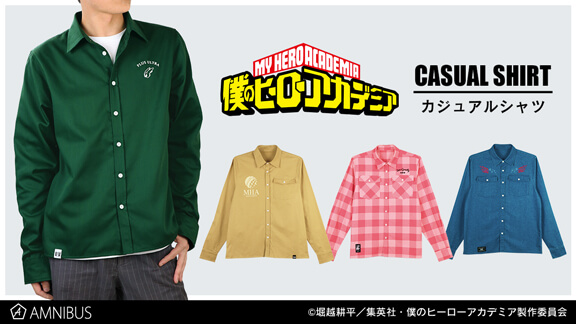 If you’re looking for something a bit more casual and stylish but still geeky then these shirts are a must-grab, each colour inspired by the characters in the series. Shirt fabrics include Oxford cloth, flannel, denim, and more. Each shirt features a motif of the respective characters on the breast while the cuffs have the U.A. High School badge on them.

These shirts and t-shirt are perfect for everyday use, events, and pretty much any other situation you can think of while still being able to support your favourite series!

Next » My Hero Academia Kokeshi Dolls Include Deku, Bakugo, Uraraka, and Todoroki