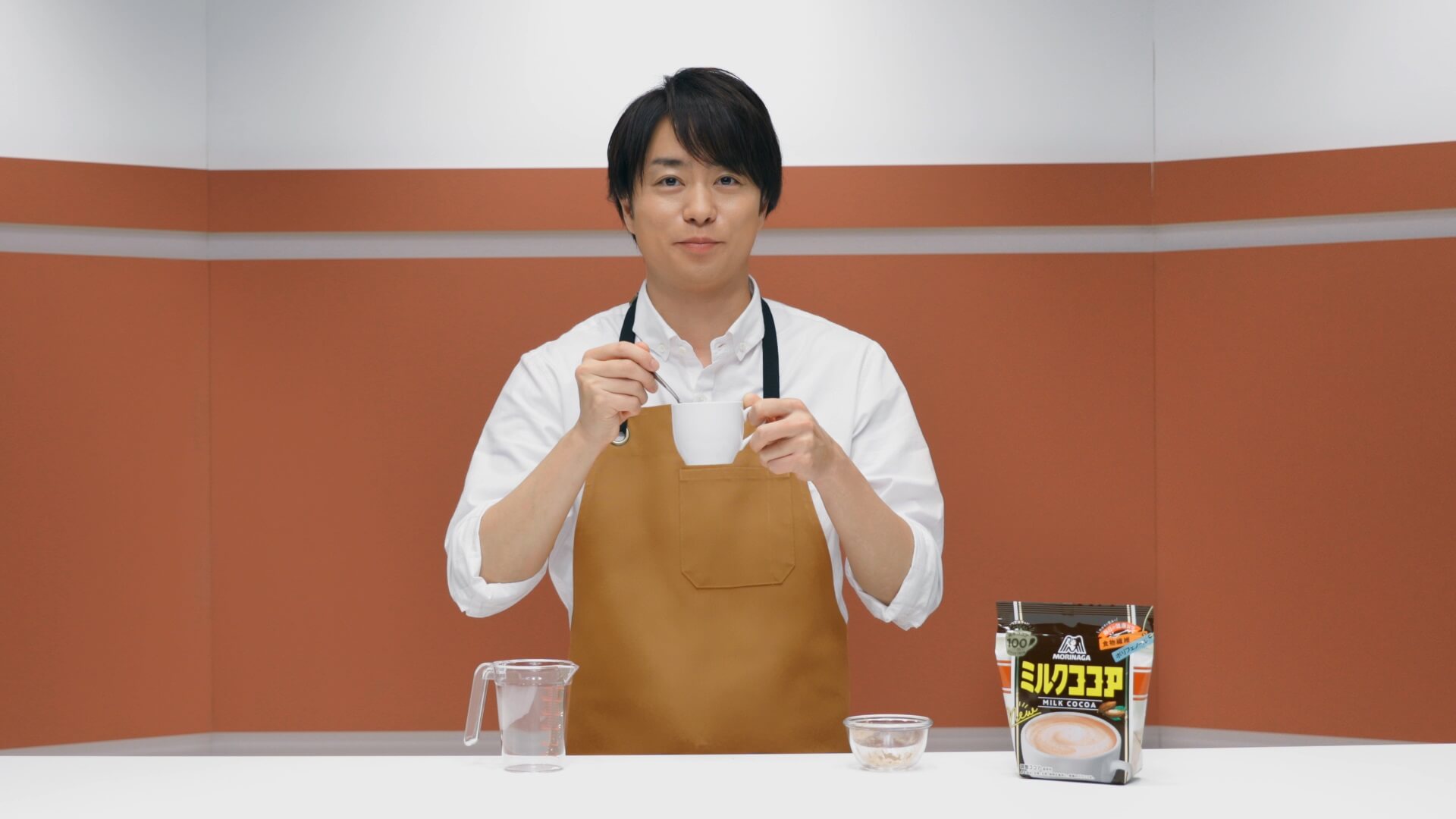 Sho Sakurai from boyband Arashi is also well known as the advertising figure associated with Morinaga’s scrumptious cocoa, which is celebrating its 100th anniversary this year. On November 27, 2019, a video was uploaded of Sakurai hilariously attempting to make 3D latte art for a cup of Morinaga’s delicious hot chocolate.

As an avid panda-lover, Sakurai rose confidently to the challenge of creating a so-called “Sakurai Special Cocoa”, which is a cup of Morinaga’s hot chocolate decorated with a 3D panda made from milk foam.

He got off to a smooth start, making the hot chocolate successfully without breaking a sweat. He then proceeded to step two: whisking the milk, which he also finished gracefully. Full of confidence, he moved onto the final step, all the while boasting about seizing the chance to show off his skills. Unfortunately, things didn’t go quite to plan. His hands were shaking nervously and the puzzled Sakurai couldn’t stop the surprise from escaping his mouth as his Panda sunk slowly. Watching him was just as nerve-wracking.

Before the filming, he said to the staff: “I’m not good at latte art so the video is bound to be amusing. When the final image of his creation was revealed, it was certainly full of character to say the least.

Q. How did you feel after the filming?

A. This is the first time I’ve ever challenged myself to latte art so I was wondering how it was going to go. In the end it went really well.

Q. What was your best highlight?

A. I made a panda out of milk and cocoa powder. Now that’s an achievement in itself. I was also really surprised at how easy it was.

Q.Is this the first time you’ve ever challenged yourself to latte art?

Q. What are your feelings towards your creation?

A. The finished art didn’t look exactly like the model I was copying but I’m happy that I managed to recreate my own version in my own style.

Q. Are there any hints or pointers that you learned today that you could share with us?

A. I whisked the milk until soft peaks formed but it just wouldn’t hold. It’s a race against time to get it done before it loses shape. 3D latte art is a craze on social media so naturally you’d want to take your time when taking a photo, however there is just not enough time for this because your creation is collapsing in on itself by the second. My advice is to take your photos as quickly as possible. I actually did this challenge twice on the day and the difference between my two attempts is significant. My skills have obviously improved a lot in between attempts. 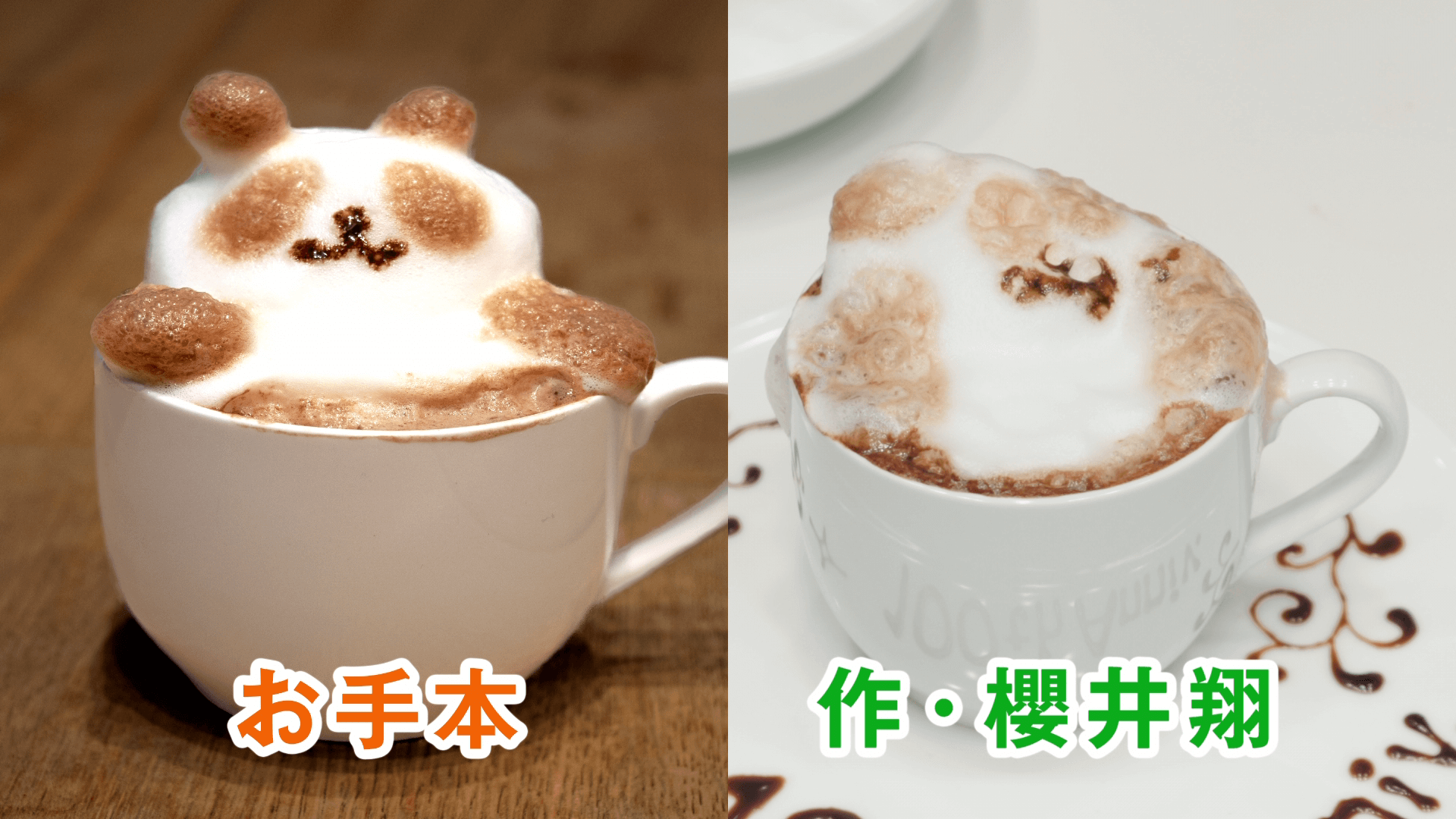 Q. If you could rate your creation, what would you give it?

A. Full marks of course.

I got lots of compliments for how surprisingly well my art turned out. I received very good guidance on how to do it and I even made sure to carefully monitor the temperature of the milk: 60°C to 70° C seems to be the perfect temperature. Although my panda may not look like the panda that everyone watching had in mind but my version looks exactly how I intended it to look so I can’t give myself anything less than full marks.

Currently available to purchase from supermarkets and shops across Japan.