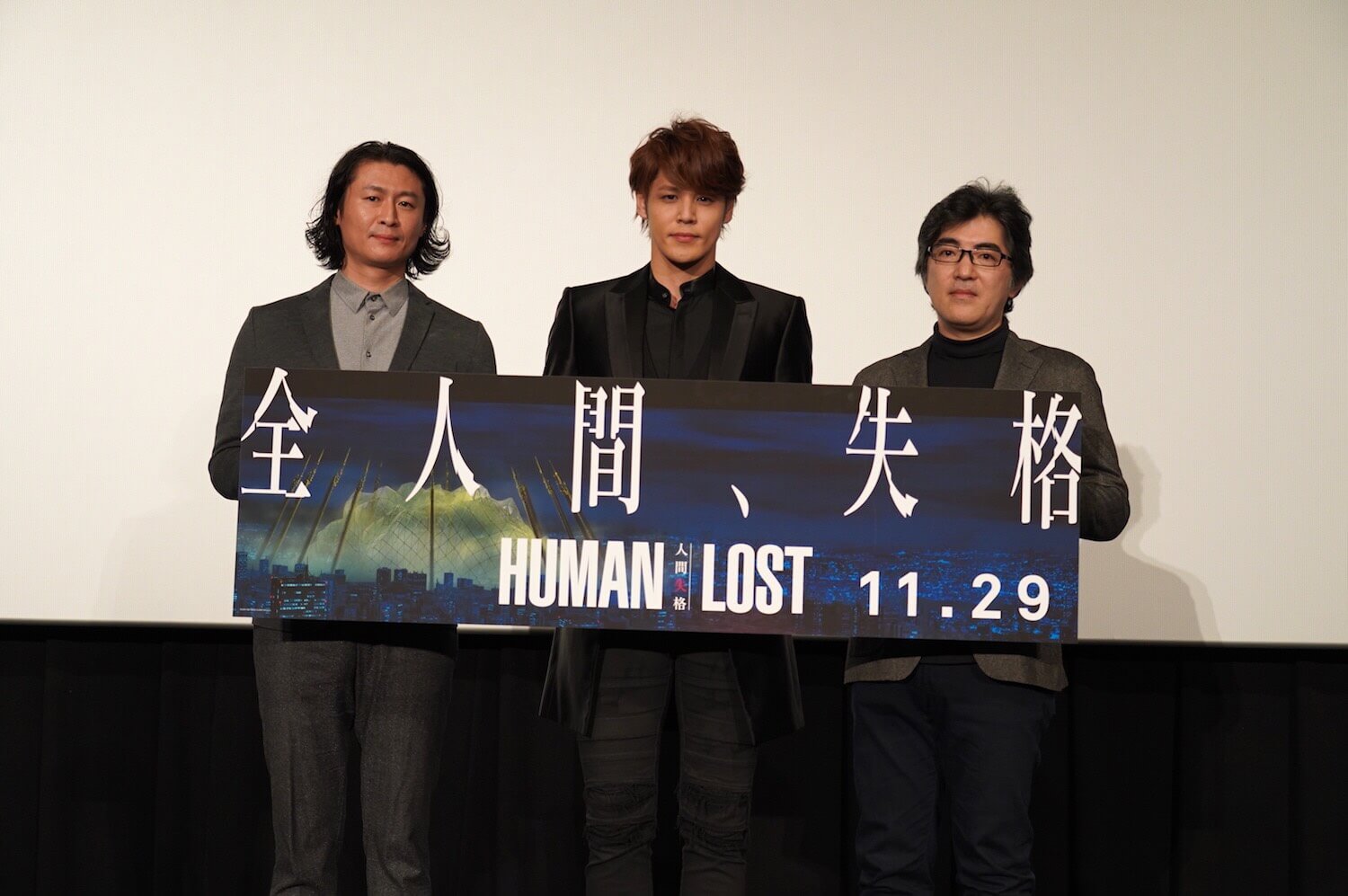 The highly-anticipated animated film Human Lost finally hit Japanese cinemas on November 29. Several of the staff and cast appeared at the film’s premiere event held in Tokyo, including Mamoru Miyano (Yozo Oba), Fuminori Kizaki (director), and Tow Ubukata (screenwriter). They discussed how they reconstructed Japanese novelist Osamu Dazai’s 1948 novel Ningen Shikkaku which the film is based on. 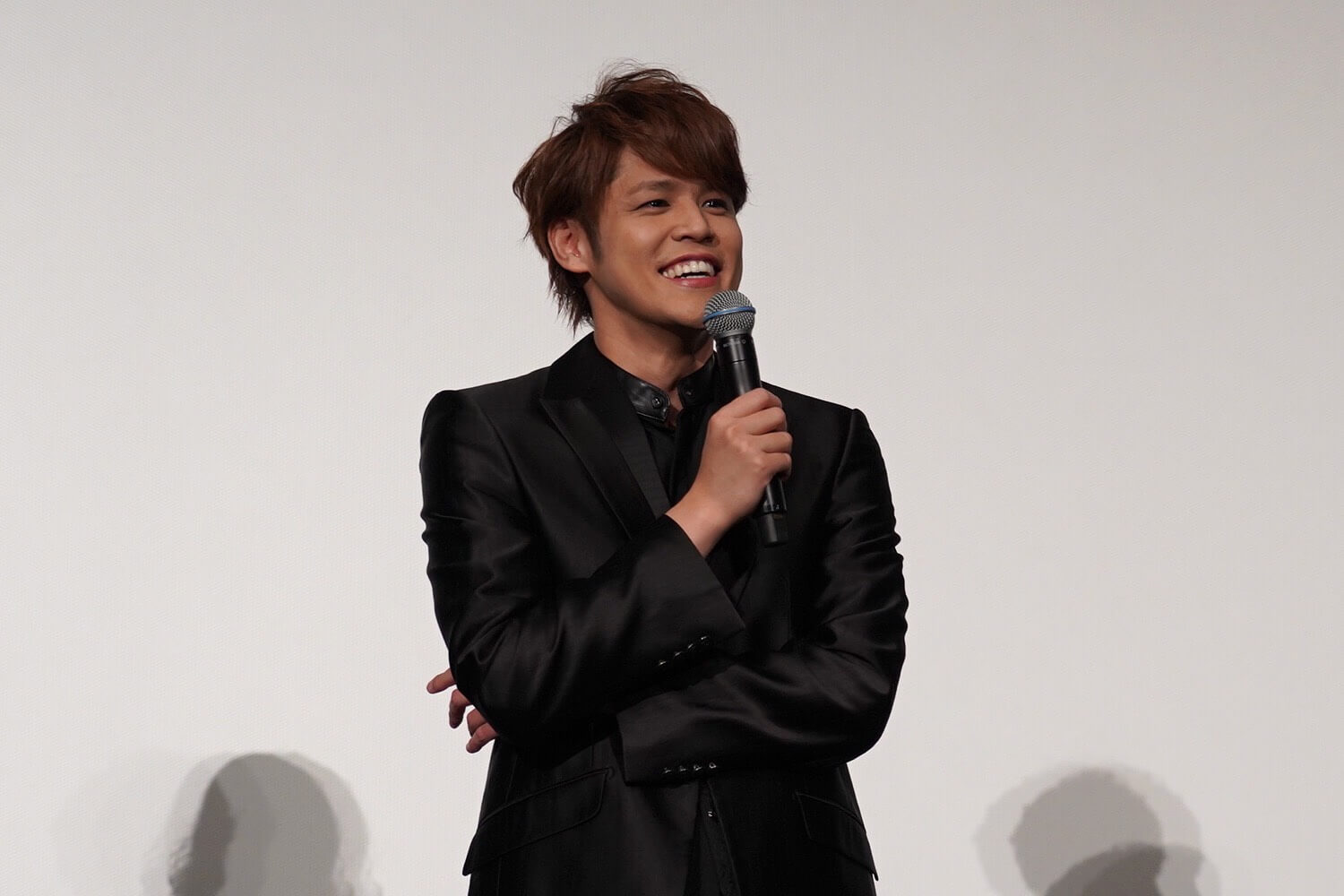 Miyano, who was clad in an all-black suit, began the talk, saying: “I’m very glad that we can celebrate the first day of release here in Japan.” Kizaki and Ubukata followed with their greetings.

Human Lost is a retelling of Osamu Dazai’s dark hero action and sci-fi novel. When it comes to adaptations, people already expect there to be major changes carried out from the original. But the film’s director Kizaki had something to say about that. “We made sure not to stray away from the original work laid down by Dazai.”

Ubukata followed this up: “Those of you who have read the original may think completely differently, but we kept in mind not to ruin the relationships between [the character] Yozo Oba and the people around him when making the film.” Miyano said: “I was taken aback when I heard about the plans for the film, like, whose idea was it to make this a hero story?” Ubukata laughed and followed with: “I really thought it was crazy when I first heard about it.”

Kizaki also said: “It’s such an immense piece of literature, so it was easy to construct Oba’s personality.” 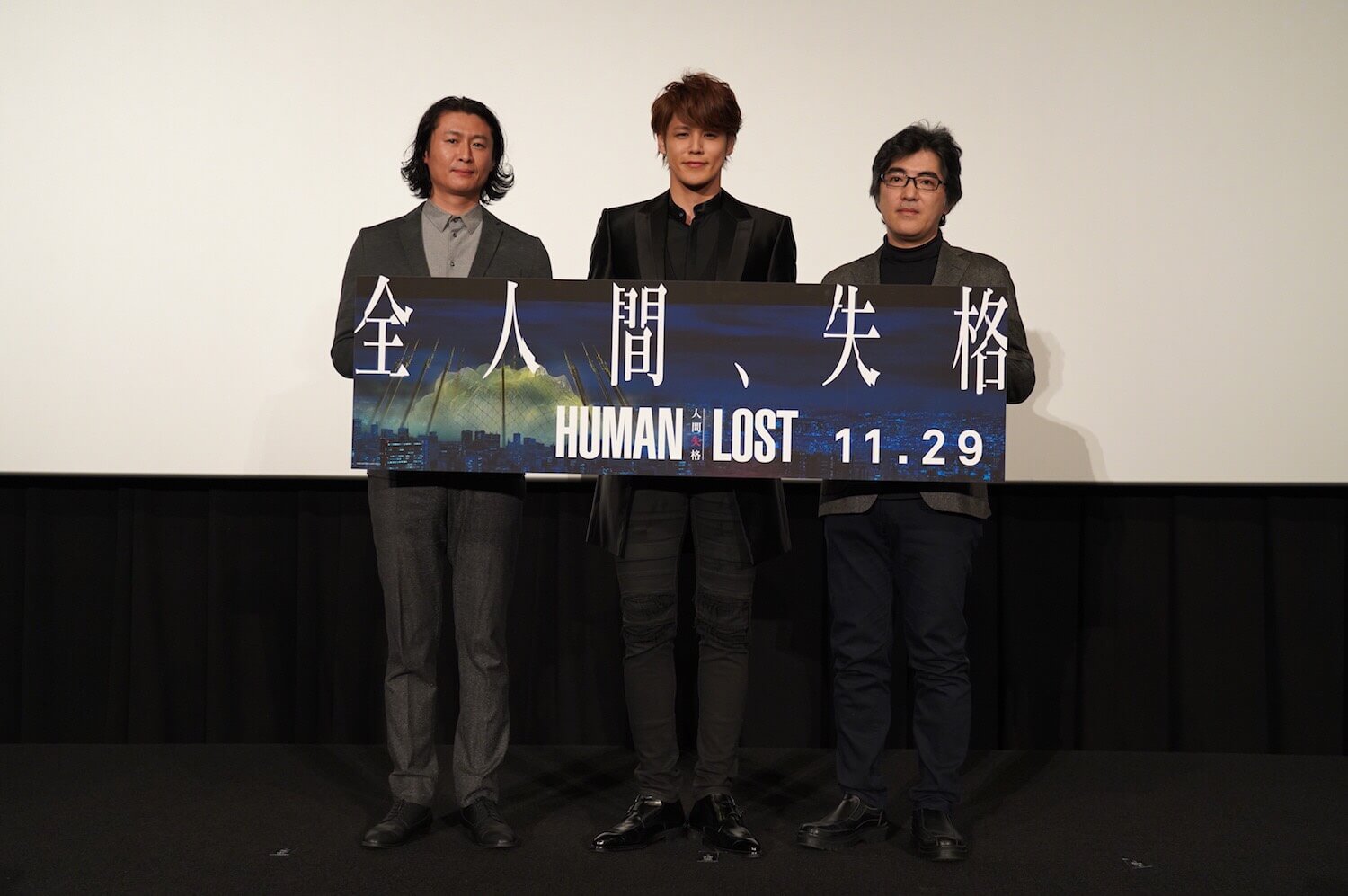 Talking about what he likes about the film, Miyano said: “The action is amazing, and I think that comes from it being the heart of the film” He continues: “I’m the only voice actor here today, but the entire cast is incredibly talented. Everyone plays their roles with everything they’ve got. Jun Fukuyama really goes all out <laughs>.”

He also commented on the animation industry, saying that he felt this film “has widened the possibilities of animation.” He continues: “I too poured my spirit into my role so that viewers will feel many things.”

Human Lost‘s story is set in 2036. A breakthrough in medical science has led to the creation of nanomachines, and the S.H.E.L.L. system that controls them, which ensures humans are free from disease and injury and extends their lifespan to 120. But this ultimate social system has warped the Japanese nation in a number of ways, whether it be economical disparities, serious environmental pollution, or the “Human Lost” phenomenon that malforms people disconnected from the S.H.E.L.L. network.

Next » Human Lost: Hear Original Audio Dramas From the Characters of the Upcoming Anime Film