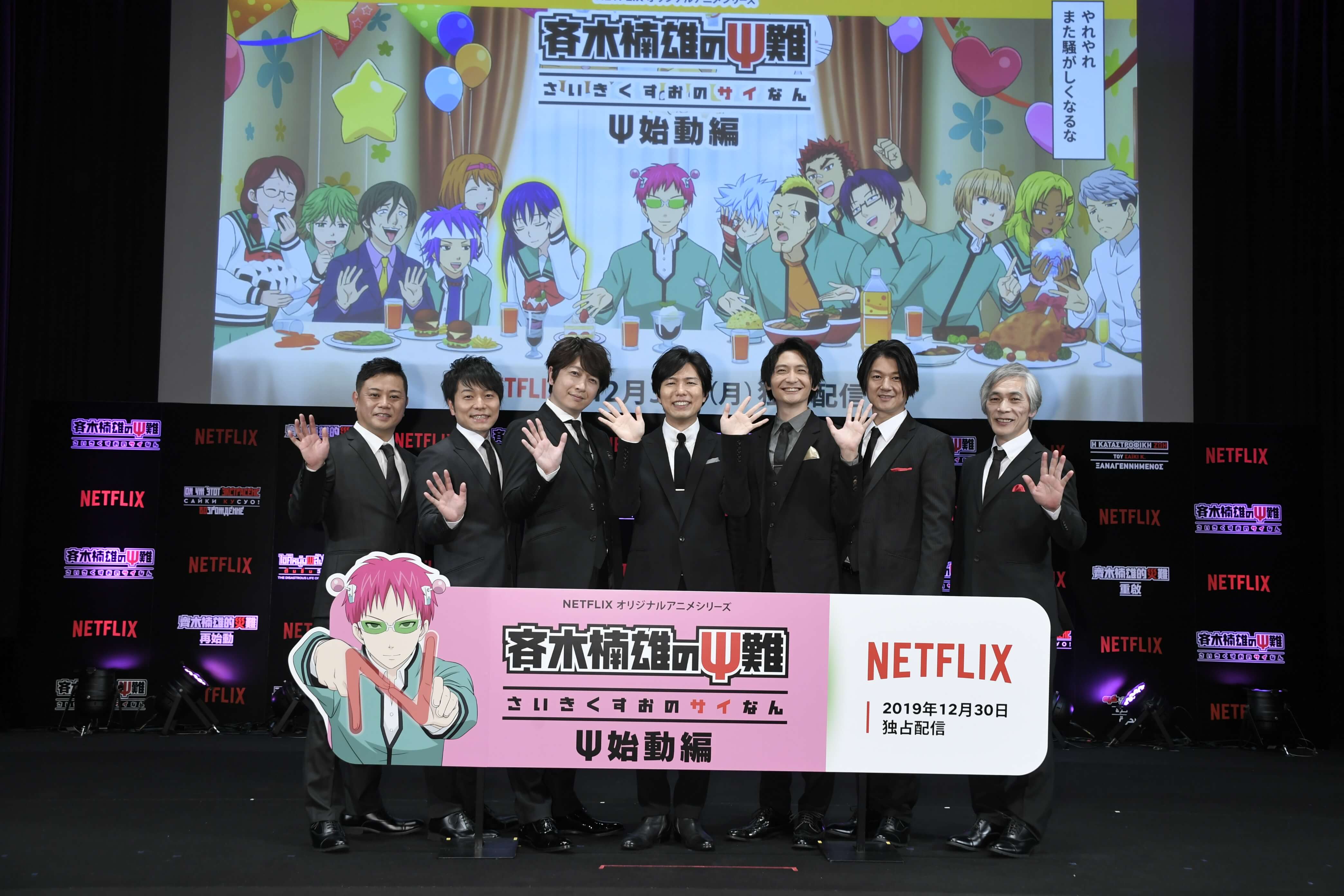 The Disastrous Life of Saiki K.: Reawakened is set to release on Netflix worldwide on December 30, 2019 as the fourth season of the popular anime series, adapted from Shūichi Asō’s popular gag manga of the same name. 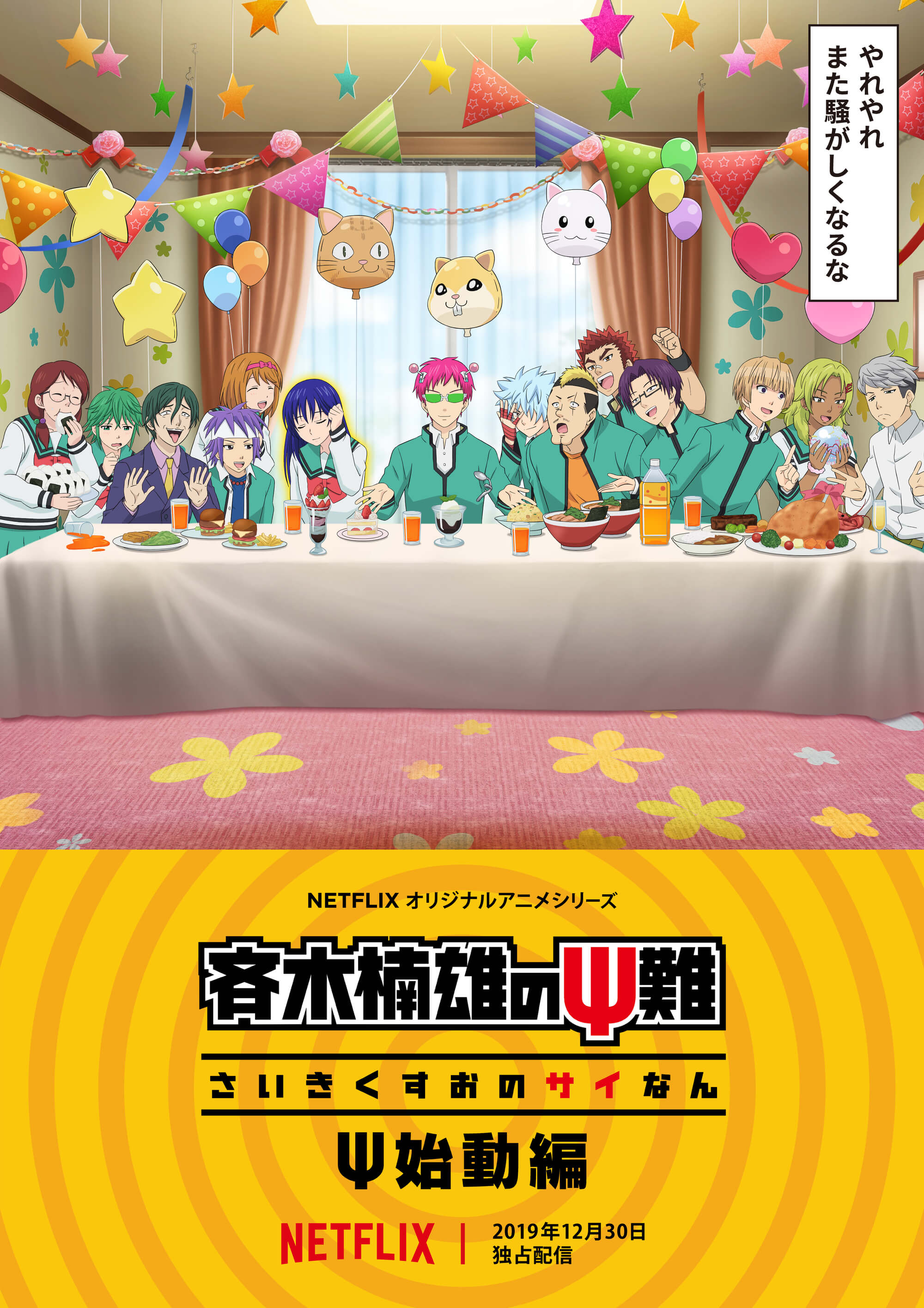 The cast and staff are returning to reprise their rolesーand the new season will also feature all-new characters. The series had its world premiere at Iino Hall in Tokyo on December 15, 2019.

The premiere was attended by voice actors from the series: Hiroshi Kamiya (who voices Kusuo Saiki), Daisuke Ono (Riki Nendō), Nobunaga Shimazaki (Shun Kaidō), Masaya Matsukaze (Saiko Metori), Kenji Nojima (Kūsuke Saiki), and Mitsuo Iwata (Kuniharu Saiki), all of whom introduced themselves using their respective characters’ voices. This included Kamiya who voices the main character Kusuo Saiki, who made a joke about how full the room was: “My, my, it’s kind of noisy around here. I wonder if there’s around 500 people here. Spoilers―I know using telepathy that there’s 500.” 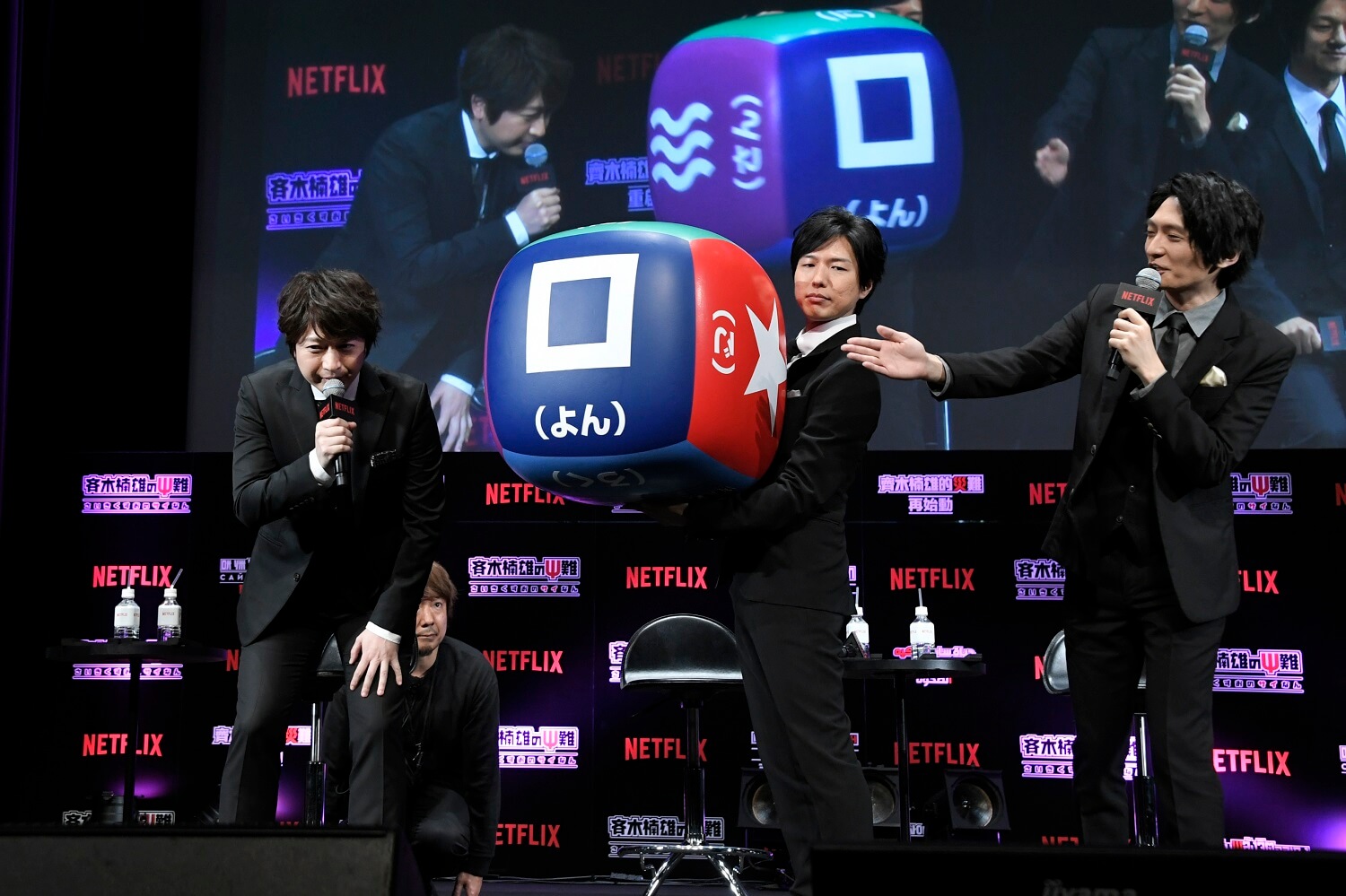 The talk began with the cast commenting on the highlights of the upcoming season of the anime series. A point came up about how the dials of the tempo, rhythm and speed of the dialogue were turned up even higher during the voice recording―referring to the running gag of how fast the lines are said during the run of the show. Kamiya, who voices the protagonist, said: “Kusuo Saiki has a lot of seriously fast lines, but from season two onward, the number of times all the characters talk at crazy speeds increased. Now, all of the characters do it as much equally, so it’s been a tough ride for everyone <laughs>.” 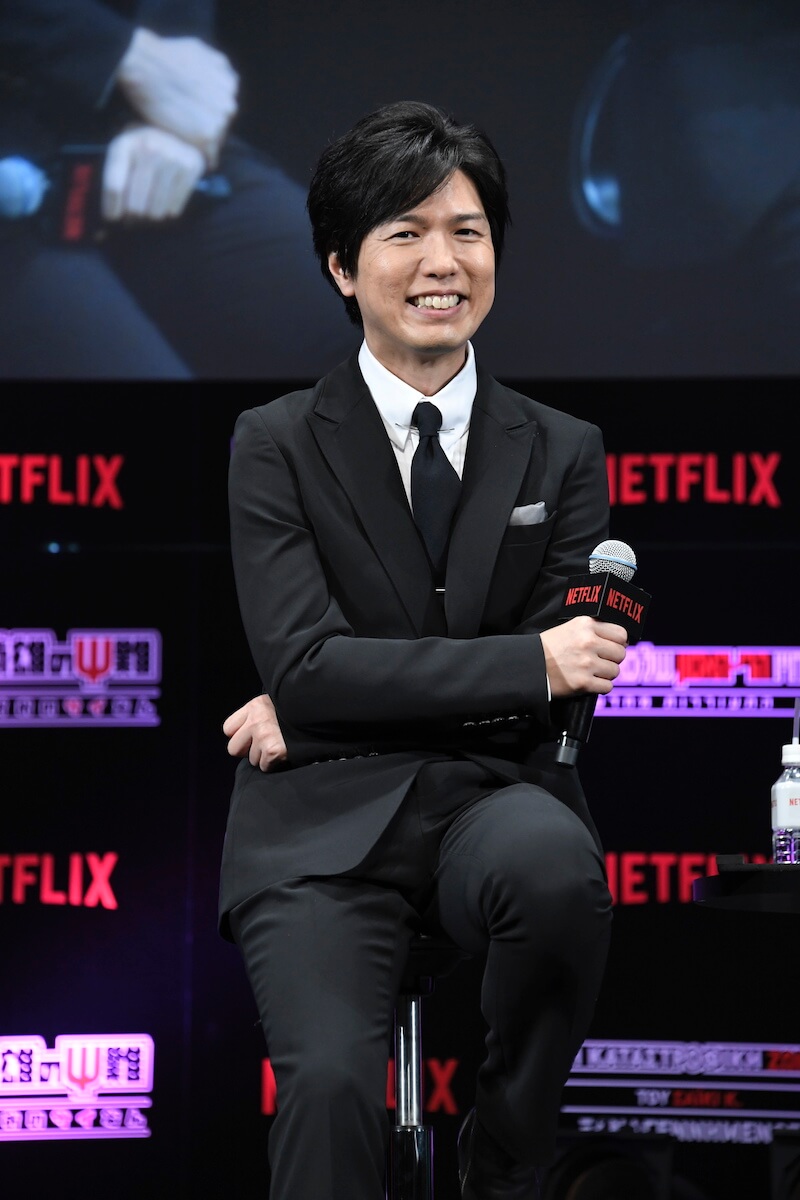 Kamiya also commented on the second episode of the new season, which is set to star characters from the popular manga series Boku no Watashi no Yusha Gaku by Shūichi Asō—the same author who wrote the The Disastrous Life of Saiki K. manga series―something which garnered much attention from anime and manga fans. He was asked about what he thought when he saw Boku no Watashi no Yusha Gaku feature in the series, and said: “It was hard work, the most taxing I think. I made notes for my performance on things I was told at the time, but now when I look back over them, I don’t understand what I wrote at all to the point where there’s not even a structure I can follow to check the script.” 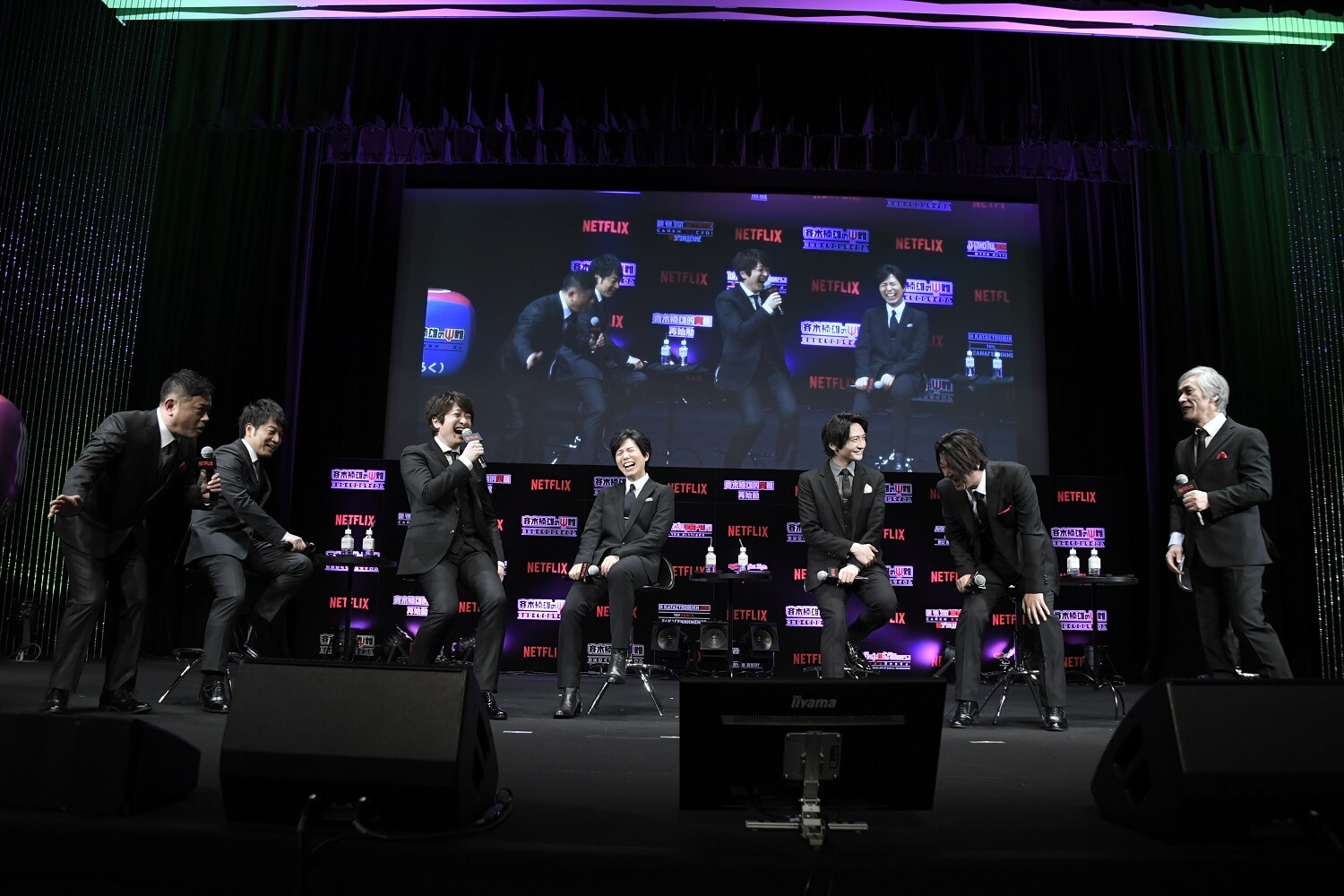 With regard the fact that the new season will once again stream on Netflix, which in turn means that there’ll be more people watching on smartphones and tablets, a fan asked, “Are there any scenes you’d rather people watch on a bigger screen or with headphones?” The anime’s director said: “During the classroom scenes, there’s various characters in the background saying their own things, so I’d love for people to listen to that with headphones. I’m currently researching voice balance. When I look back at the earlier episodes, I think there’s room for improvement.” Kenji Nojima, who voices Kūsuke Saiki, said: “What’s great about it being on Netflix is that people can watch it easily at any time. So you’re sure to always get some laughs even if you’re feeling down!” 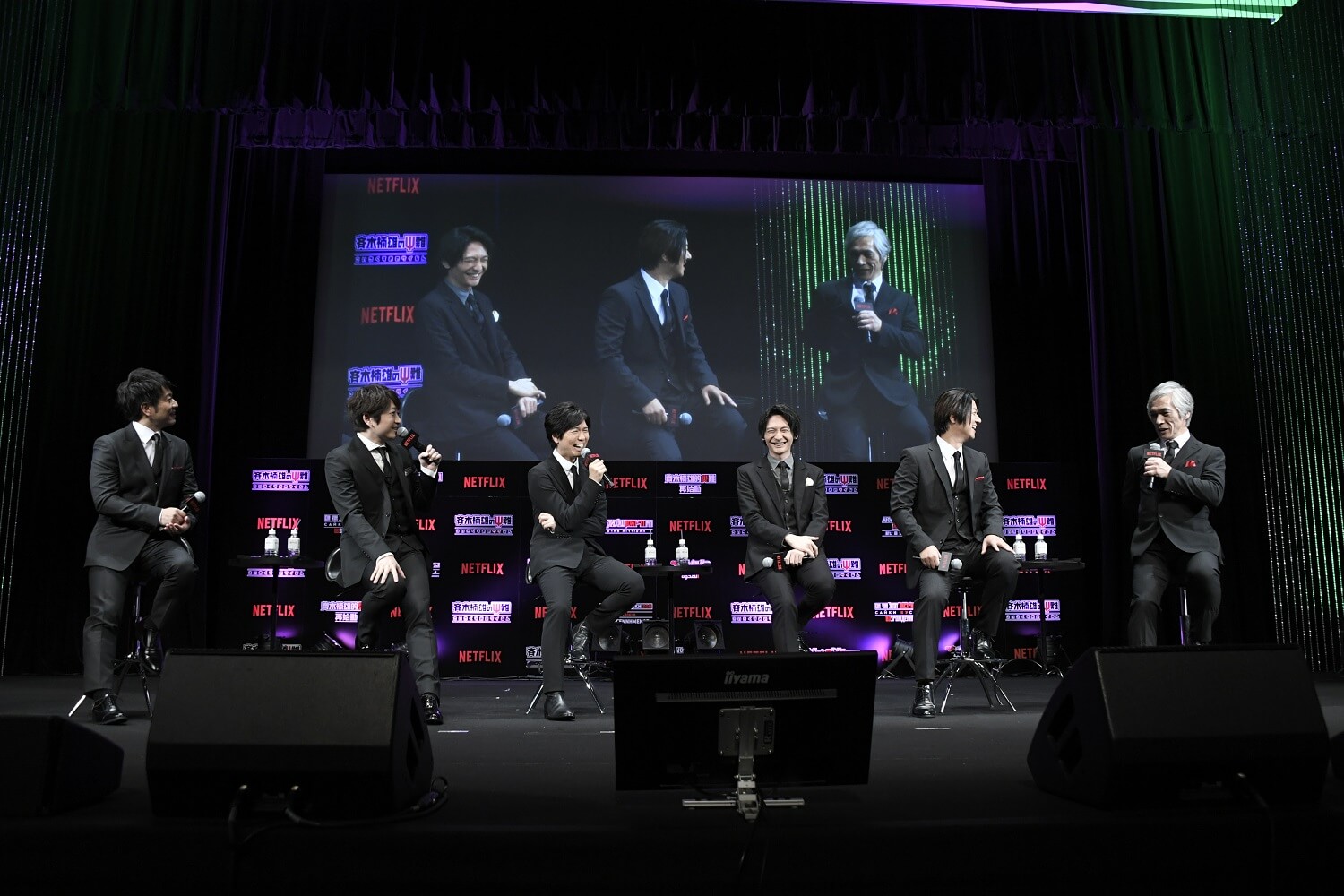 At the end of the talk, Kamiya said: “I was shocked when the anime series was first released on Netflix. And the fact it’s come this far on there makes it an incredible series. You have to take responsbility when animating a manga series. Saying that, I am happy we have been able to animate almost everything there is over this long period. The main voice recording was tough, but it’s great that Japan can distribute such an amazing series to 190 different countries. I believe it will lead to Japanese animation being praised even more around the world. The “pictures” which are the life of the series’ animation don’t move that much, but despite that, it’s still an entertaining watch. I beleive that’s thanks to the director, staff, and the author of the original work, Mr. Asō. I’d be overjoyed if we could work together like this again!”