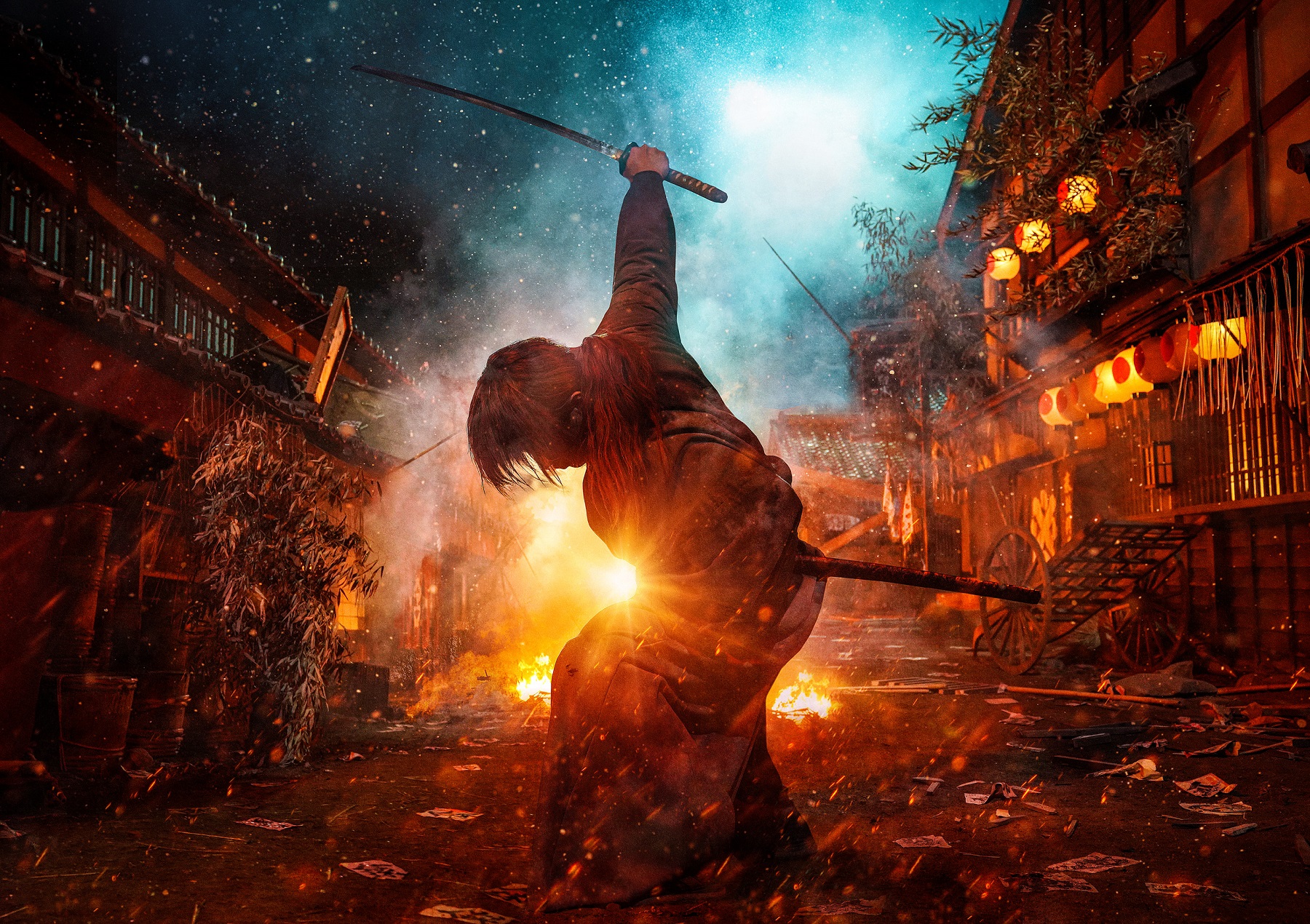 The original Rurouni Kenshin manga, along with its anime adaptation, is an internationally beloved series the world over that has made it to over 100 countries worldwide, including North America, UK, Europe Hong Kong, South Korea, and so on. It is one of the best-selling manga series, with over 72 million copies in circulation.

Fans have finally been given a first look at the movies in the form of a special promotional trailer.

In the trailer, we get to see Kenshin fighting in several tense-looking battle scenes. We also see several of the characters from the cast, including Kaoru Kamiya, Sanosuke Sagara, Megumi Takani, and Yahiko Myojin. At the end of the trailer, we see Kenshin confronting Enishi in a grand and epic sword fight.

The staff that have worked on the film series since the first film, released in 2014, have continued to exceed fans’ expectations when it comes to level of quality. Knowing that this is the most important arc for Kenshin, the team knew that the series wouldn’t be over unless they shot this last chapter, and so they endeavoured to deliver to fans only the best of everything. Fans of Takeru Satoh, who plays Kenshin in the film series, agreed from the start that this role is well-suited to him. He returns in The Final and The Beginning to reprise his role for the last time after one year of hard work working on the films.

The films were shot over a period of seven months, ending in June 2019, across 43 locations in Japan including Kyoto, Nara, Saga, Mie, Hyogo, Kumamoto, Hiroshima, Tochigi, Saitama, Fukuokaーthe list goes on.

The Final and The Beginning are looking to be worthy closures to the film series. With the release of this first mini trailer, fans won’t be able to settle until the films’ release.

Next » Rurouni Kenshin Gets New TV Anime Project from LIDENFILMS