New Kaiju Comedy Film ‘Daikaiju no Atoshimatsu’ to Release in 2020 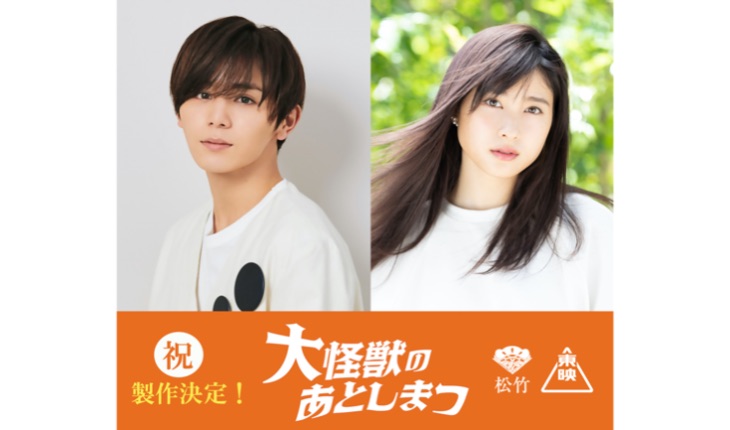 The world never seems to be short of big SFX movies, with the announcement of Godzilla Vs. Kong set for release in the US on November 20, 2020 and Shin Ultraman in Japan in 2021.

But what about a comedic kaiju (giant monster) film? Well, that’s exactly what we’re about to get with the surprise announcement that movie companies Shochiku and Toeiーwho are normally rivalsーare coming together for the first time to put a spin on the monster movie genre with a completely original script. The title of the film is Daikaiju no Atoshimatsu (“Cleaning Up After the Big Monsters”), and it’s coming this year.

Ever wondered who cleans up after a giant monster wrecks a city? Who’s in charge of cleaning up a kaiju corpse?“

The story is as follows. One day, a giant monster who wreaked havoc across the country dies suddenly. Its dead body is extraordinarily enormous, enough to make you do a doubleーno, a quadruple take. Time is of the essence as the gas emitting from the dead beast could explode at any moment. If it’s not taken care of immediately, it could mean disaster for the country. Someone has to do it. And that person is Arata Taito (played by Ryosuke Yamada), a member of the Prime Minister’s special forces who is responsible for the role of the field commander for this unprecedented national disaster. Before him appears Yukino Ameoto (Tao Tsuchiya), Arata’s former fiancee and a secretary for the Minister of the Environment. They are tasked with the unheard-of, unreasonable demand to “clean up the giant corpse of a monster,” which they must do using their wisdom, their scheming, and their… love?

Everybody knows what happens in SFX kaiju movies, but nobody has seen into the world of what happens after. Now we’ll get to see that impossible mission unfold.

Japanese actor and singer Ryosuke Yamada  (Hey! Say! JUMP), who will play the role of Arata Taito, is known for playing characters who are firm and resolute. This will be his first dive into a fully-fledged comedy movie. Tao Tsuchiya, who will play Yukino Ameoto, is climbing her way to the top in both name and reality in the industry as an actress. This will be Yamada and Tsuchiya’s first time working together. 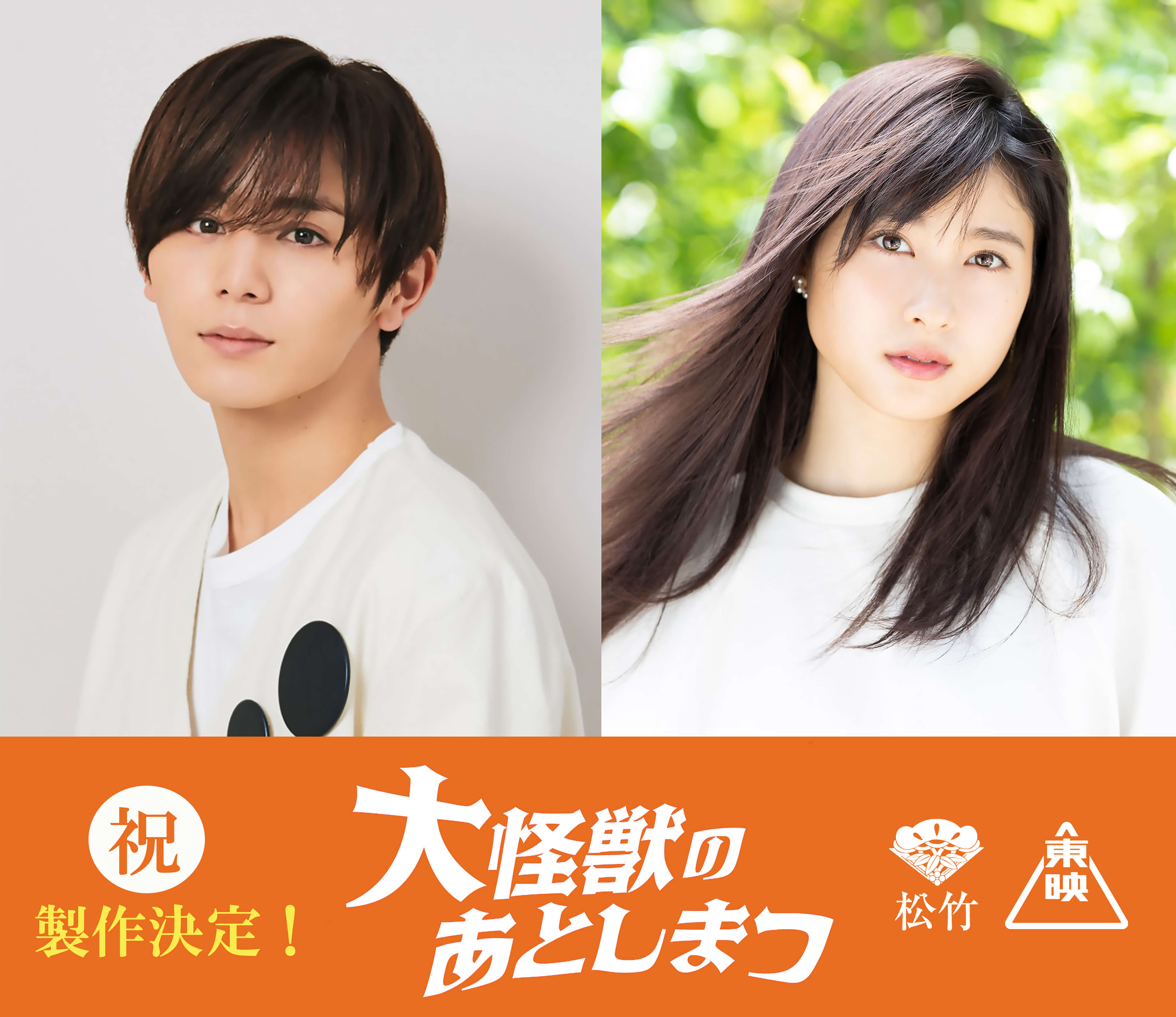 “When we first had talks about this film, although I’ve been in a lot of serious movies, this was my first ever talk about a comedy movie, so I felt really lost. But when they let me read the script, I saw how interesting it was that the protagonist is super serious despite being in such a ridiculous situation. So I said sign me up! I don’t really feel much pressure now. I’m going make the character interesting and go all out to be as ridiculous as I can to meet director [Satoshi] Miki’s expectations.”

He continues: “The movie makes you think, ‘So this is what happens when adults try to be as silly as possible!’ <laughs> And the cast line-up is incredible, you’d think it was a lie. The jokes are really gonna come down! This is my first time working with [Tao] Tsuchiya in a film, but she’s played a lot of movies roles where she’s the serious one in a comedic situation, so  she can be both serious and humorous. I’m looking forward to seeing her in action in this one. I wondered to myself if it’s really alright for Shochiku and Toei to come together for the first time in a film like this. It’s industry-shaking. But I also think it’s really significant that such big players in the movie industry come together to go all out have fun like this too. I want to work hard to make this a film where people say, ‘Yamada and Tsuchiya’ do this kind of thing!?’ and make it one that’s more than just people playing to watch it. I ask all of your support.”

“I love heroes. Films that are called SFX talk about things that are important in life, things you can’t forgive, things that you do forgive but will never forget. Like something that satirises reality, like a real sense of danger. It has everything in there, and within that are the heroes who shine bright, who suffer, who fight. They’ve given me so much courage.”

She continues: “When I came to know about heroes as a kid, there wasn’t a system in place at cinemas where you could reserve seats. You would line up in the morning. The first time I experienced experienced excitement before a film starts when it goes dark in the room might have been a Shochiku film or a Toei film. Whatever film it was, I remember getting sucked into the screen, and was intensely moved by it. When I read the script for Daikaiju no Atoshimatsu, the emotions from that memory came flooding back, and my eyes opened. And when I met director Miki, I had a hunch of the power and deepness that this film holds. I’ll stand resolute and return the favour to all those heroes as a member of the team supporting the protagonist, who’s played by Ryosuke Yamada.”