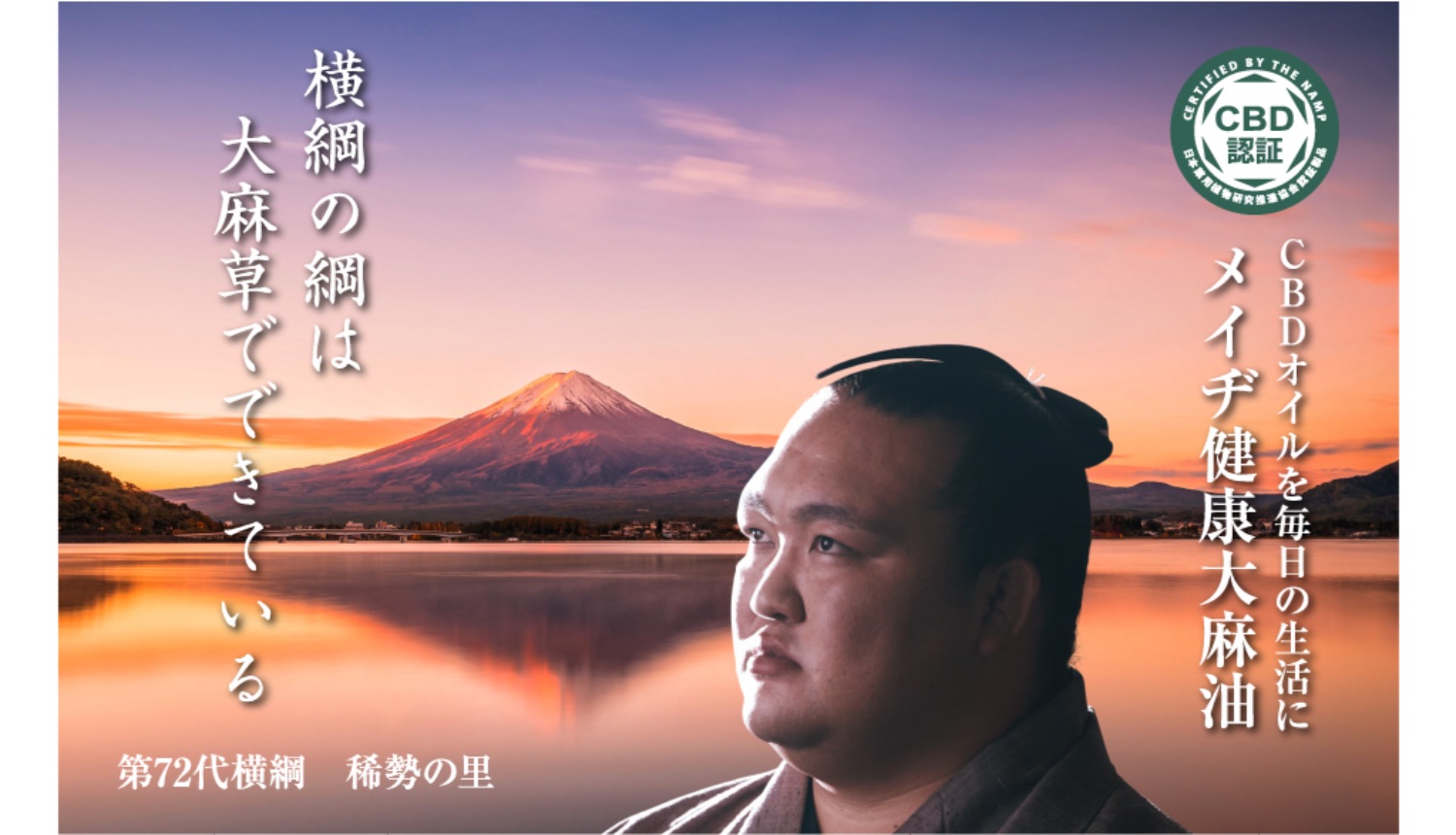 Meiji Shokuhin owns a brand of CBD oil known as Kenkou Taima which takes the classic CBD oil popular in Europe and America and adds a “Japanese quality” to it. Since January 2019, retired Japanese sumo wrestler Kisenosato Yutakaーwho became the 72nd yokozuna which is the highest ranked in sumoーhas been the face of the brand’s promotional material. 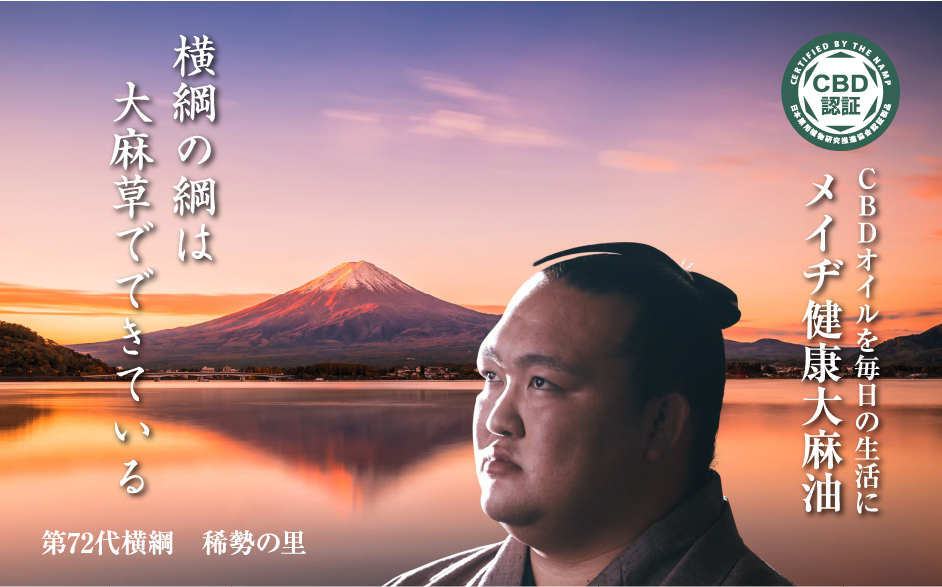 CBD, or cannabidiol, is an active ingredient in cannabis that is extracted to make CBD oil. CBD oil is used for a variety of reasons, such as lowering stress or increasing sleep levels. Japanese culture has a close connection to hemp. From ancient times to today, hemp has been an indispensable plant used for shimenawa ropes at temples to cordon off sacred areas, as well as used in Shinto rituals. In respect of this cultural history, Meiji Shokuhin does not call their oil “CBD oil,” but “Kenkou Taima Yu” instead which translates to “healthy cannabidiol oil.”

Below is the latest trailer for the oil starring retired Japanese sumo wrestler Kisenosato Yutaka.

Kenkou Taima Yu is a safe and high-quality natural product made in Japan that is combined with hemp seed oil. It contains zero tetrahydrocannabinol, or THC, which is a psychoactive compound found in marijuana. Some CBD oils that are sold are imprecise when it comes to the ingredients used in them, but Kenkou Taima Yu is a completely pure product that adheres to Japanese standards and consistency and contains no additives. It is also officially CBD-certified by the The National Association for Medical Plants. 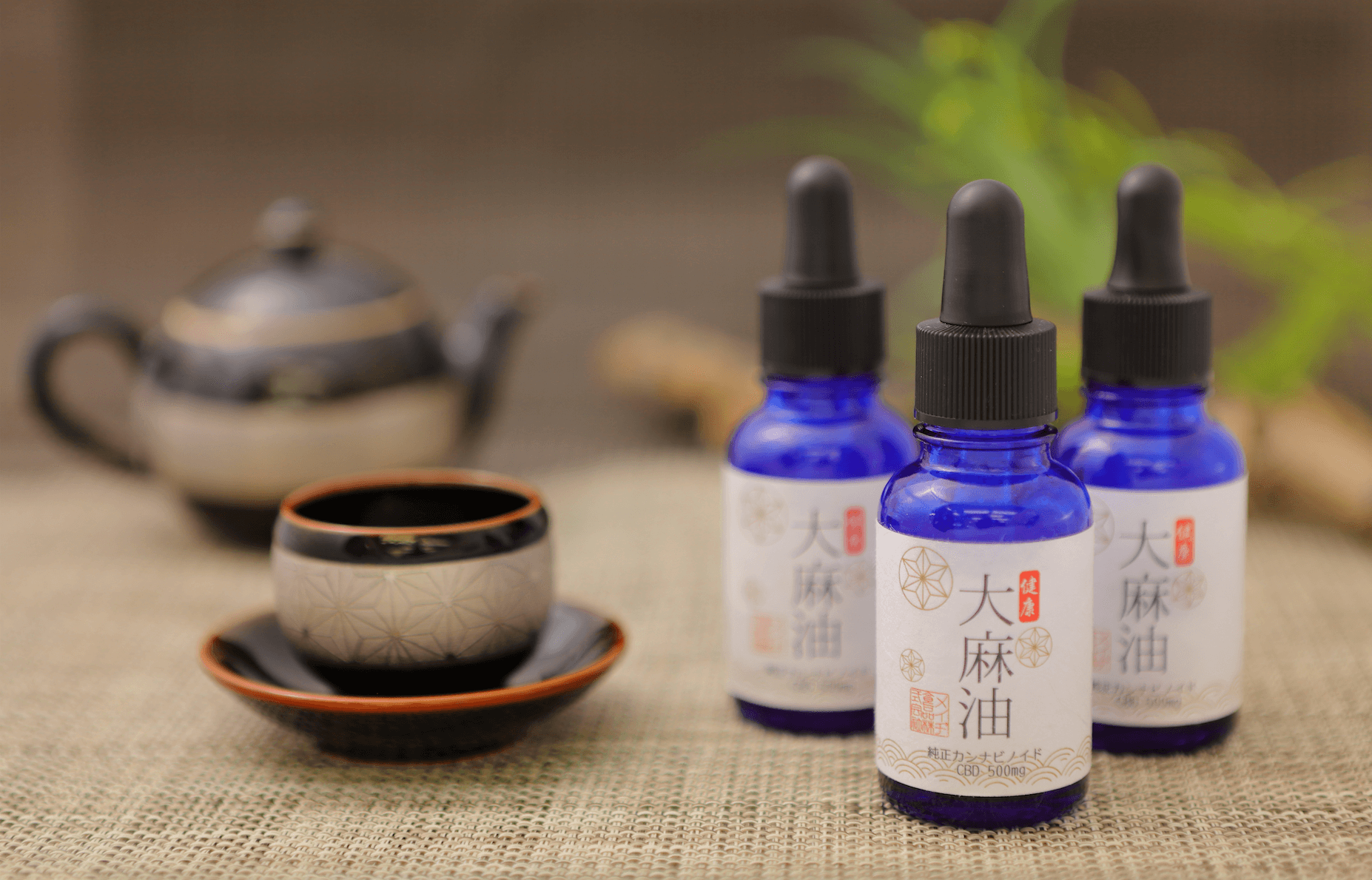 Kenkou Taima Yu is easy to enjoy: 30 drops can be used in a day, and the trick is to close your eyes while you taste it. It’s also popular as it has no scent. If you’re new to CBD oil, or are looking for something new to try, then why not check out Kenkou Taima Yu?

Kisenosato Yutaka said: “The world of Japan’s national sport sumo is strict, and I’ve had my own battles with it. But it’s important to find some time to relax. CBD oil is said to increase sleep quality, so I enjoy using it too. I recommend everyone to feel safe and use Meiji Kenkou Taima Yu.”