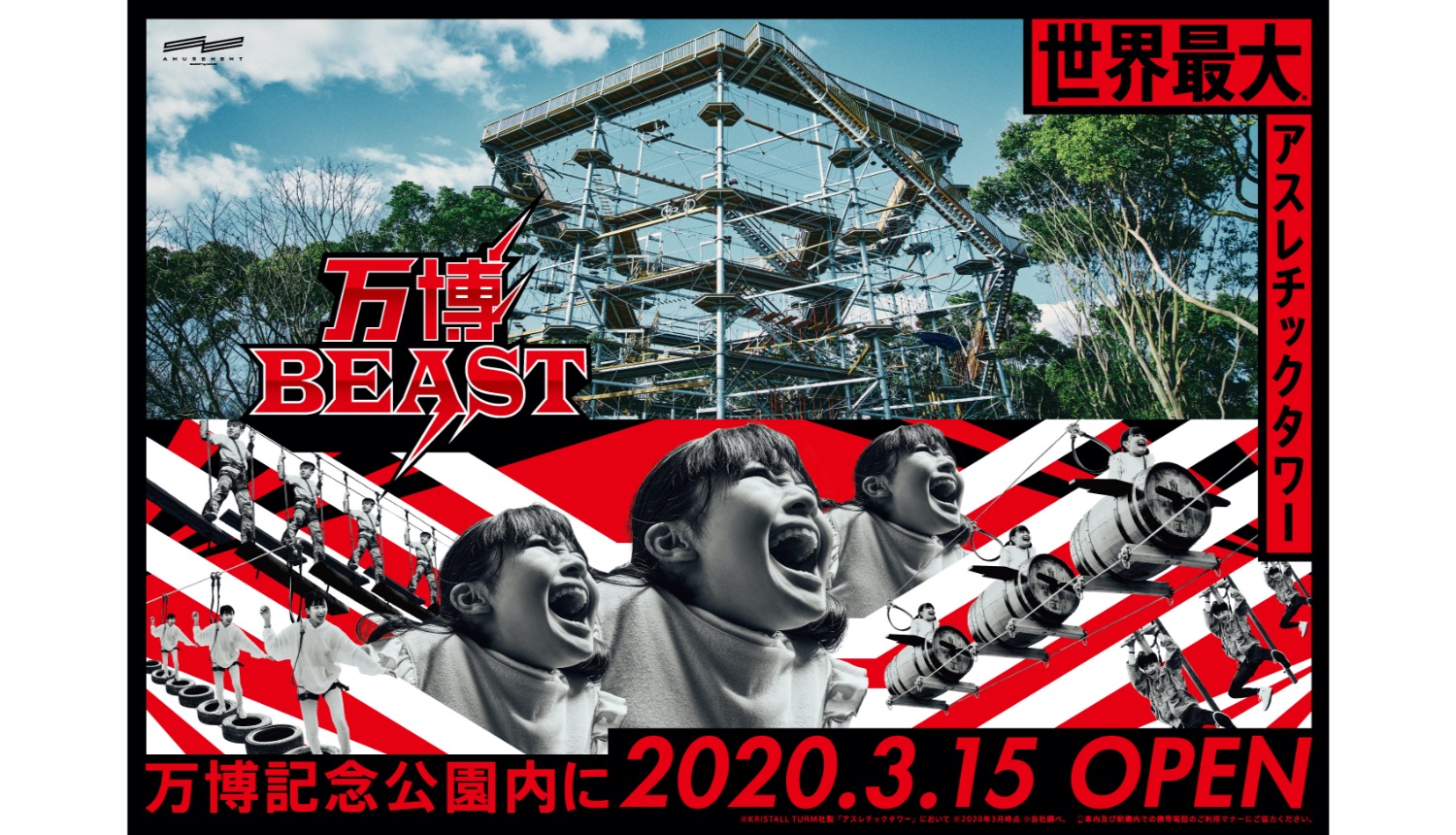 Banpaku BEAST is set to open as the largest athletic tower in the world at Expo ’70 Commemorative Park on March 15, 2020, standing 24 meters tall. 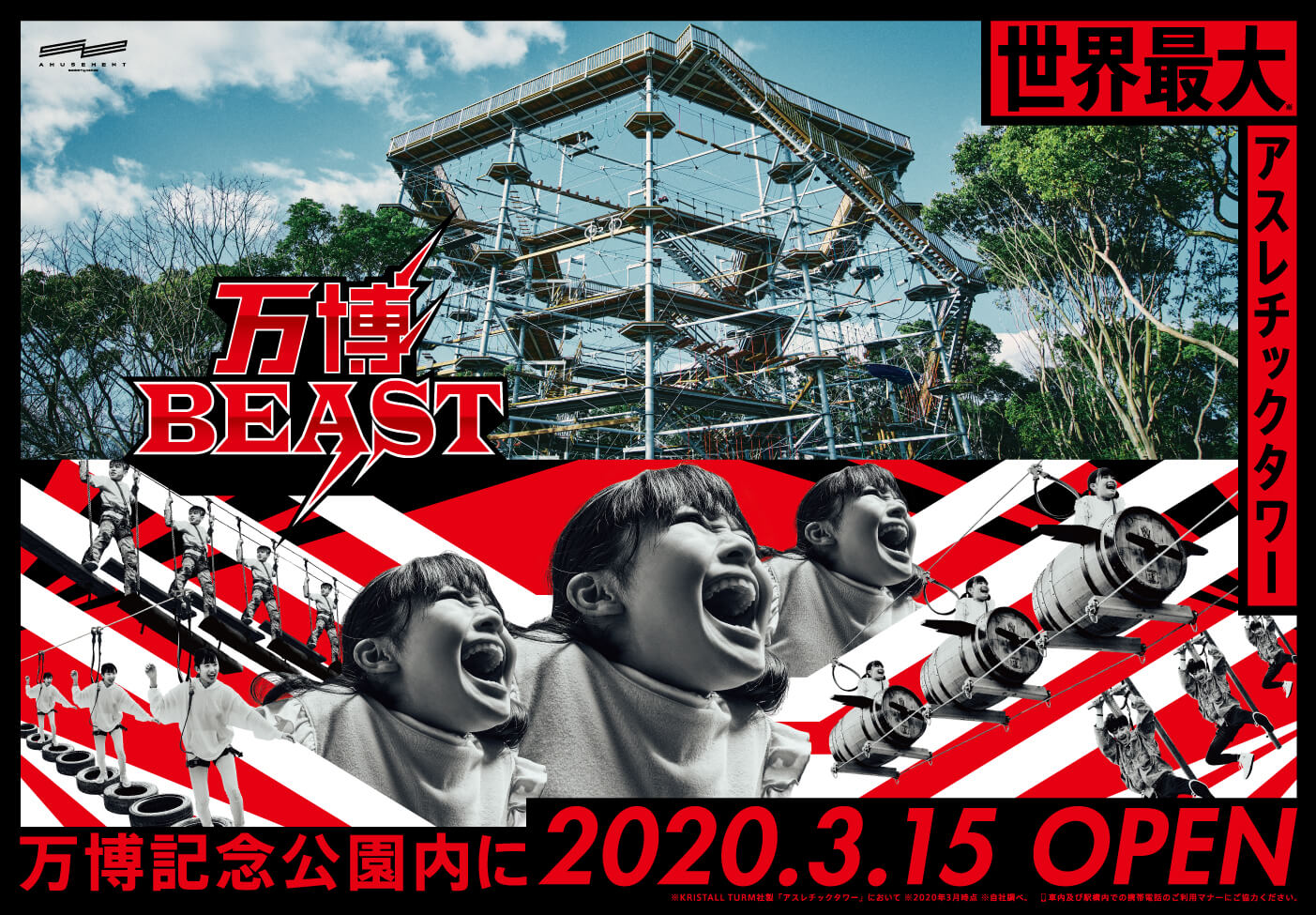 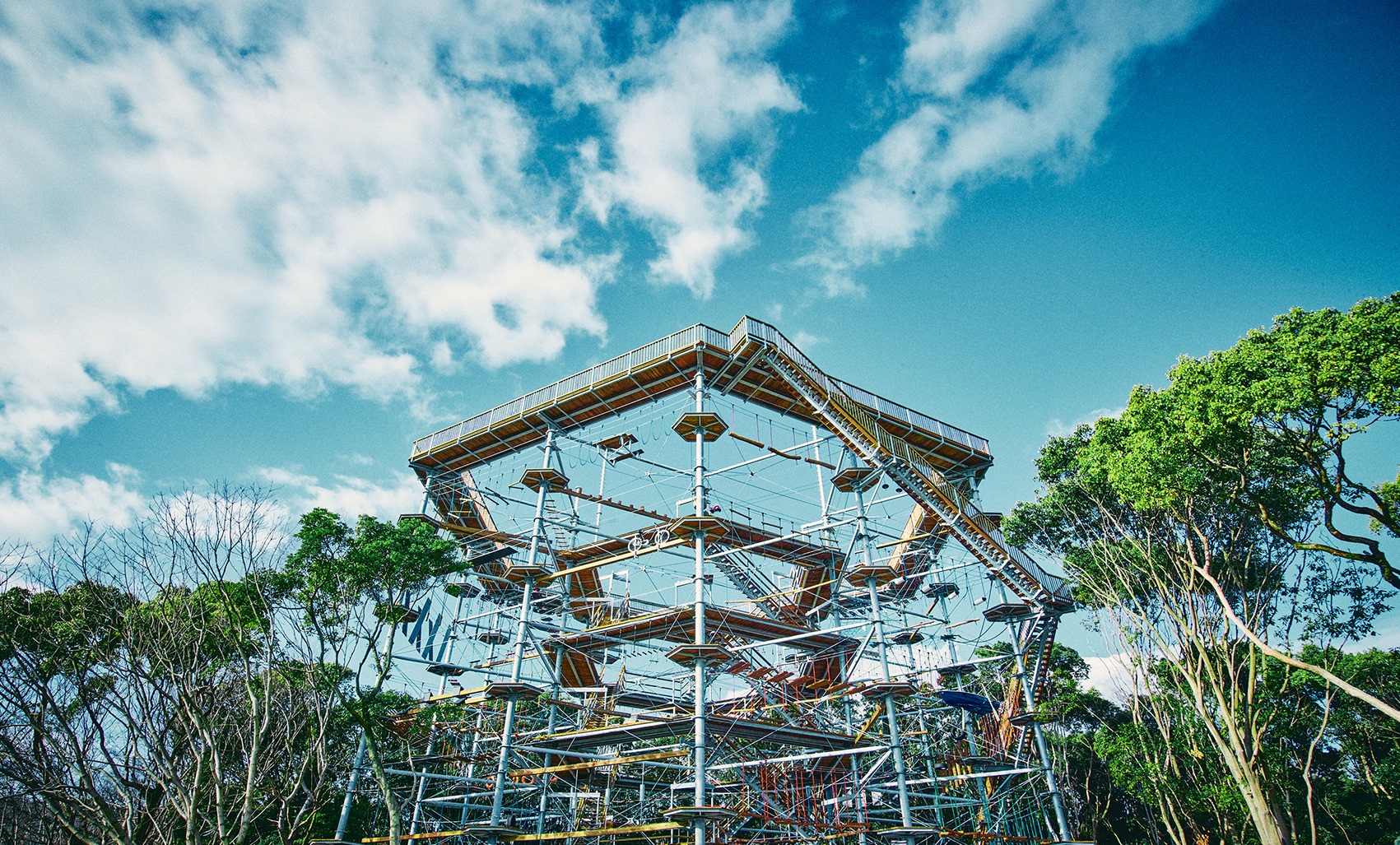 The hexagonal tower was created by German-based amusement park attraction developers KristallTurm. It has four floors, each of which is its own “athletic area,” as well as an observation deck. It is a comprehensive workout tower, offering 120 different kinds of athletic activities such as climbing and slacklining, meaning the fun will never end in a single day, and will have you wanting to go back for more. 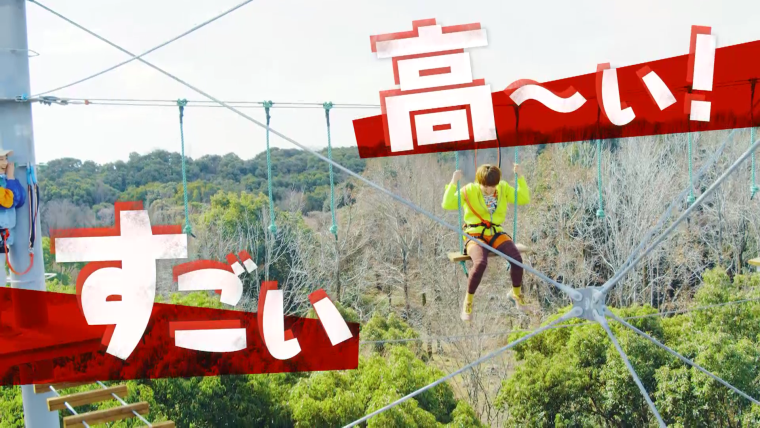 The tower makes use of its full height; expect to use your entire body during your ascension, ride barrels, bikes, and more. Safety is guaranteed while still offering a heart-racing experience for those thrill-seekers. The facility can be used by both kids and adults alike who want to test themselves and feel refreshed after a good workout.

See Banpaku BEAST in action in the official video above.