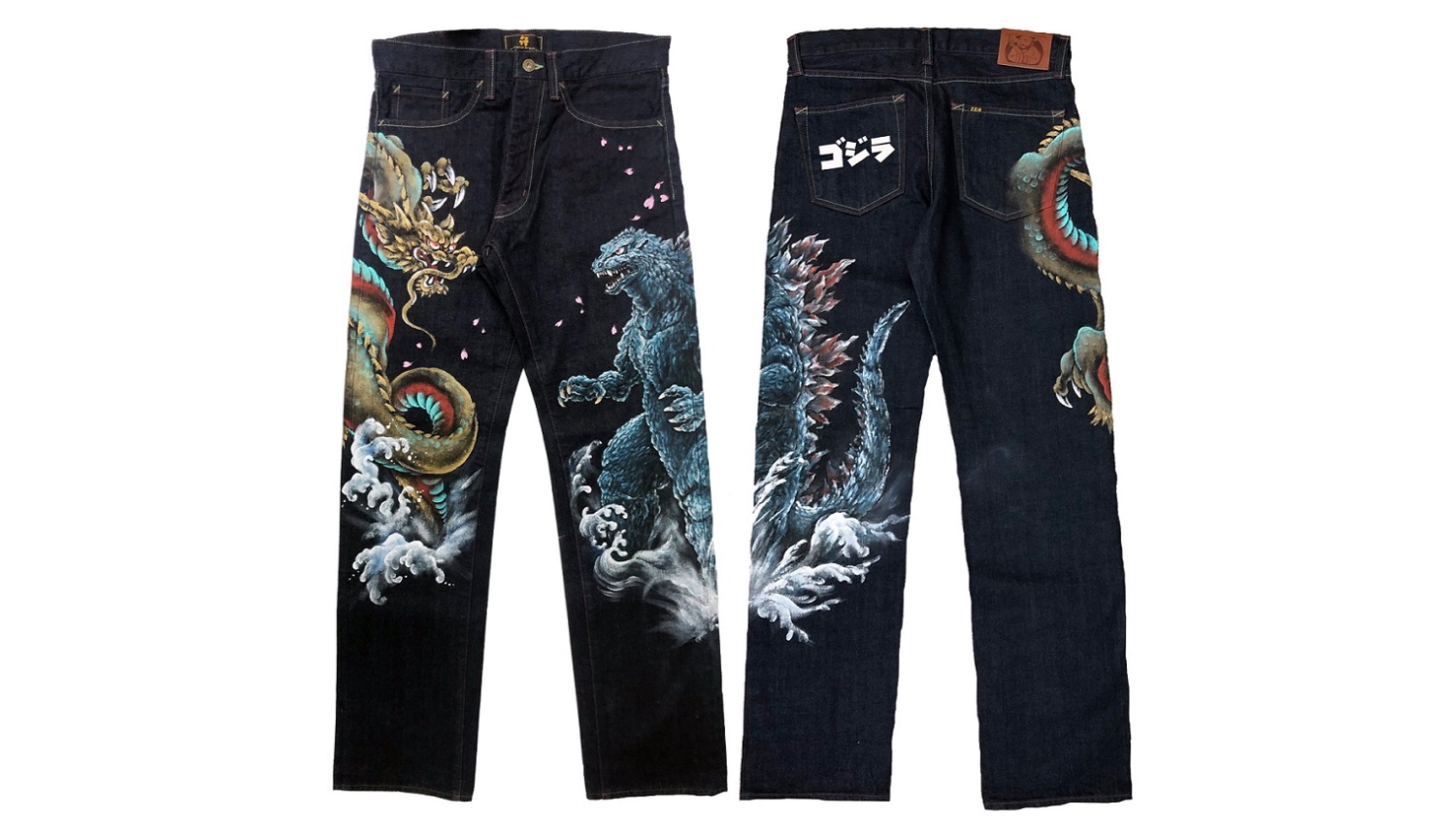 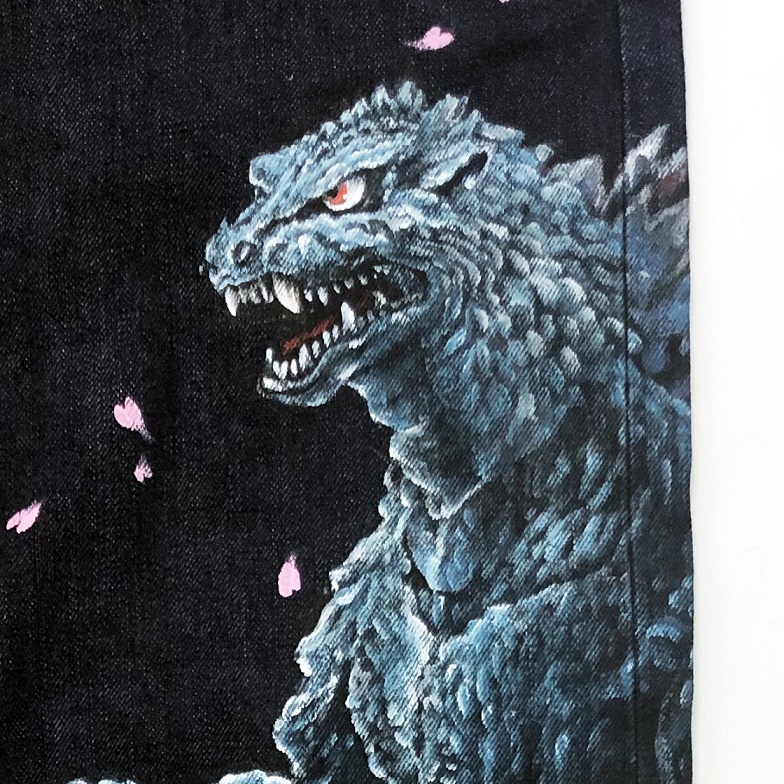 This includes the new collaboration with the brand ZEN, which aims to promote a type of traditional clothes dyeing from Kyoto called kyo-yuzen which involves the artist painting directly onto the cloth. ZEN has teamed up with Godzilla and will release their new Godzilla jeans on March 18, 2020. 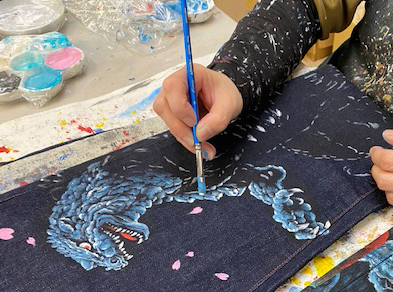 ZEN produces its jeans in Okayama, the only place in Japan famous for manufacturing denim. All of their jeans are hand drawn one by one by skilled artisans of Kyoto Kimono Yuzen, making them a difficult to mass produce. The process of using this type of dyeing is so delicate that the slightest change in pressure on the brush can make drastic changes. This means that no one pair of their jeans is the same, making every pair unique and the only one in the world. This gives them a “Made In Japan” quality and makes them more special－rather than being mass produced, your pair of jeans has had time and careful consideration put into by the dyer.

The Representative Director (⻯⽥昌雄) at Kyoden, Inc. said: “We want to promote art and culture from Kyoto by creating, so getting to collaborate with a name like Godzilla, known the world over, is a dream for us. I was really happy to hear about this project. We will use this opportunity to get Godzilla fans interested in Kyoto’s culture, and to make sure that happens, we have been conscious about the touches that are unique to hand-drawing, while making something that reminds people of Japan.”