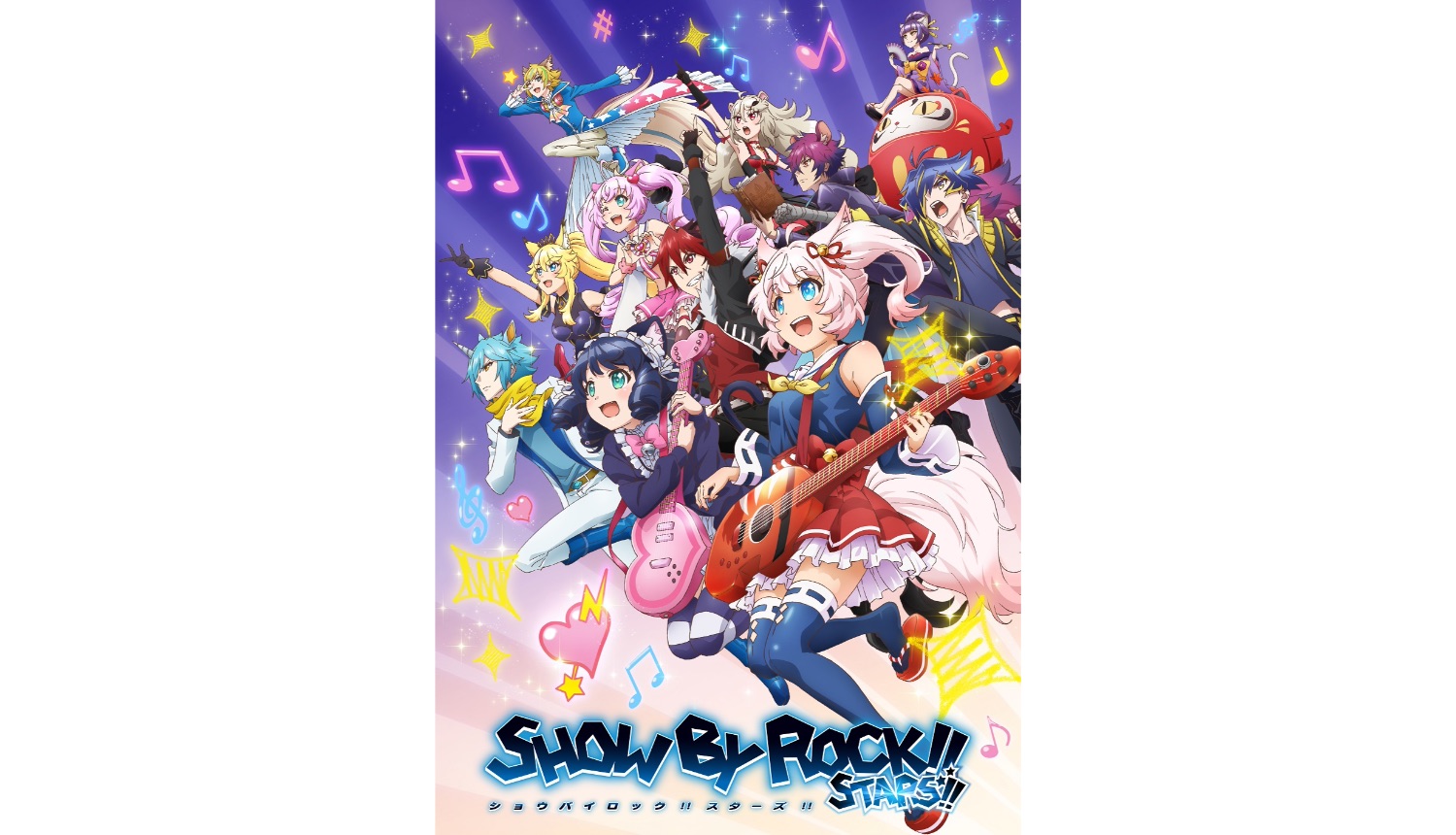 Show by Rock!! is a mobile rhythm game developed and published by Geechs in collaboration with Sanrio in 2012. The key visual, director, and cast have been announced for a new anime series entitled Show by Rock!! Stars!!. 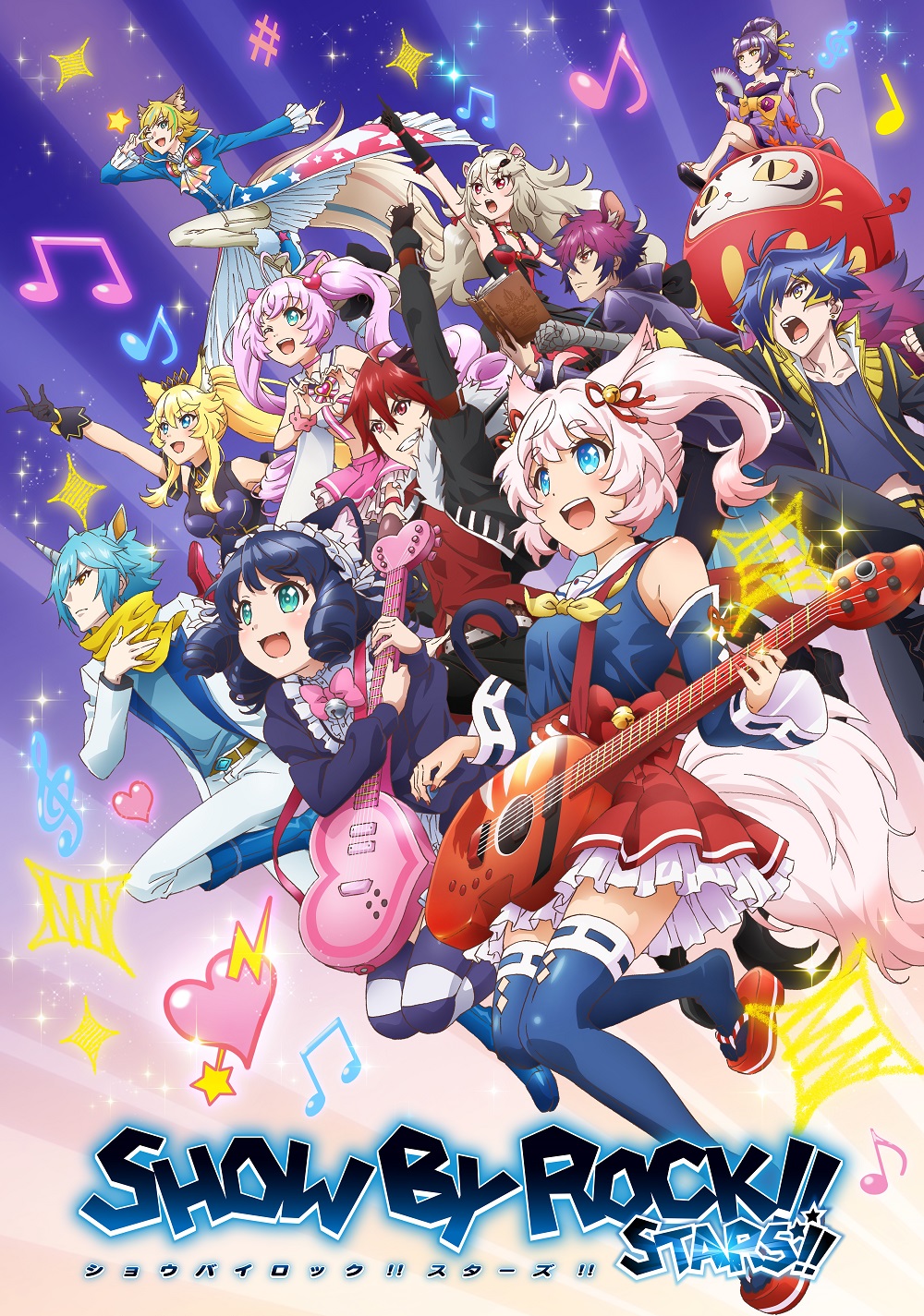 Show by Rock!! is a band-themed character project conceived by Sanrio and the company’s first aimed at game and anime fans. The franchise received three TV anime series throughout 2015ーShow By Rock!!, Show By Rock!! Short!!, and Show By Rock!!#ーand this year saw the airing of Show by Rock!! Mashumairesh!! in January.

Now, the new anime series Show By Rock!! Stars!! has been announced. A completely new game title, Show By Rock!! Fes A Live, was also released this month and broke 1 million downloads on March 16. The franchise is being promoted and enjoyed by fans in a variety of ways, from live events to musicals, cafes, merchandise, and more.

Show By Rock!! Stars!! was announced at the end of the final episode of Show by Rock!! Mashumairesh!! which aired today. The key visual revealed to promote the new series showcases the various band members that appear throughout the series, including Howan of Mashumairesh!! and Cyan of Plasmagica. The visual also shows Rikao, the lead vocalist and bassist of Yokazenohorizon. This is his first time appearing in the anime series.

It will be directed by Takahiro Ikezoe at Japanese animation studio Kinema Citrus, who directed the previous three series. Touko Machida, who has worked on the series composition for all the anime series, will take the role of screenwriter, while Daisuke Tazawa, who worked on the series composition for Mashumairesh!! will write the script. Tomokatsu Nagasaku and Shinosuke Ito will return as character designers, and Rie Ishige as the main animator.