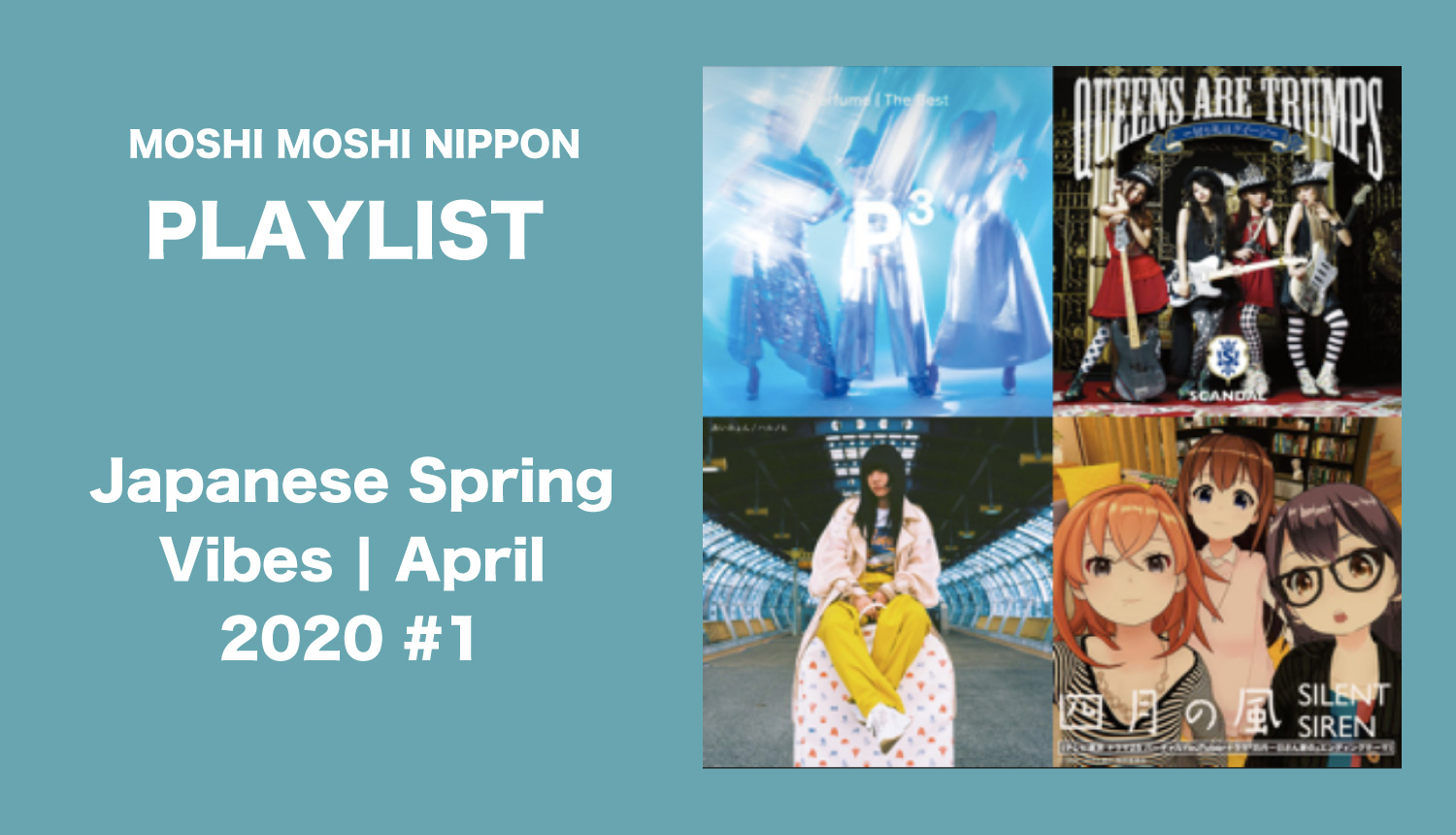 MOSHI MOSHI NIPPON is now on Spotify, and we recently posted a playlist. Each week, we plan to post a new playlist with a different theme, focusing on music from Japan. If you love J-music, or are new to J-music, be sure to give us a follow here!

Our theme this week is “Japanese Spring Vibes.” Spring is the season where the sunlight embraces us with its warmth, and the cherry blossoms begin their beautiful bloom. Its a time when the comforting cool breeze makes us stand tall, and a time that leads us to new discoveries.

We have selected 15 songs that capture Japanese springtime.

A song about a guy who has fallen in love and experiences both happiness and sadness. The themes “spring” and “thunder” are used to express these fluctuating feelings one experiences in love. The chance encounter in spring, and the break-up. The song lets you feel the fleetingness of love.

The main theme song for the anime film Fate/stay night: Heaven’s Feel III. spring song. It’s a ballad that has a real Japanese vibe to it.

This song has a refreshing feeling to it like the cool breeze of the springtime wind. The Perfume members play the part of androids in the music video where they learn about the emotion love for the first time.

The 15th and final opening theme song for the Bleach anime series. The lyrics have a tinge of sadness to them as they sing of bidding farewell to friends to walk towards your own dream. The music is powerful, energetic, and classic SCANDAL.

The main theme song for the 2019 anime film Crayon Shin-chan: Honeymoon Hurricane ~The Lost Hiroshi~. Aimyon wrote the song after reading the movie’s script. It’s about the love of family, and creating a place for you and those you love.

This song was written as the ending theme for the slice-of-life drama Watanuki-san Chi no which features virtual YouTubers and explores everyday moments of happiness.

The songs in this list up to now have been about the warm coming of spring, but this song is a sadder tune about the end of one’s love subsequent regret.

Loneliness and sadness are attached to the lyrics of this song, which are laced through a melody that is elating like the blowing wind. “Separation” is the theme of this track, but the lighthearted sound makes you feel uplifted.

KANA-BOON has two songs titled Sakura no Uta, written differently in Japanese (さくらのうた and 桜の詩). The songs are written from the perspectives of a guy and girl respectively. The music videos peek into the events surrounding the two of them and the time they spend together.

Originally sung by Hatsune Miku, Senbonzakura is a cover by Wagakki Band of the popular Vocaloid track, and has become a hit in itself, with music video views garnering from across the globe.

This melancholic song is about that feeling of saying farewell to springーsomething we have all felt in our youth. Nagi Yanagi’s vocals shine through this track and are so beautiful as to make you breathe a sigh.

A spring song by Hikaru Utada, who is known for singing the Kingdom Hearts theme songs. It’s about the pain of a broken heart, but having the capacity to stand up, look forward, and move on.

A fruity song that’s sweet and sour like one’s first love. The lyrics capture the start of one’s love, while the melody is the butterflies in your stomach.

This is a track you find yourself wanting to listen to as spring approaches. It has a relaxed melody, and sings of parting with people in spring, and the sadness of encounters. Like the song’s title reads, it brings to mind a scene of the cherry blossoms dancing by the coast.

Kyary’s Easter party song celebrates the arrival of spring, and welcomes everyone to have a good start to the season.

Did you enjoy our picks for this week’s Japanese Spring Vibes? Our next playlist will be centred on female artists in Japan. We’ll be posting a new playlist every week, so be sure to follow us on Spotify and stay tuned.