MOSHI MOSHI PLAYLIST: Japanese Female Artists You Should Be Listening To | April 2020 #2 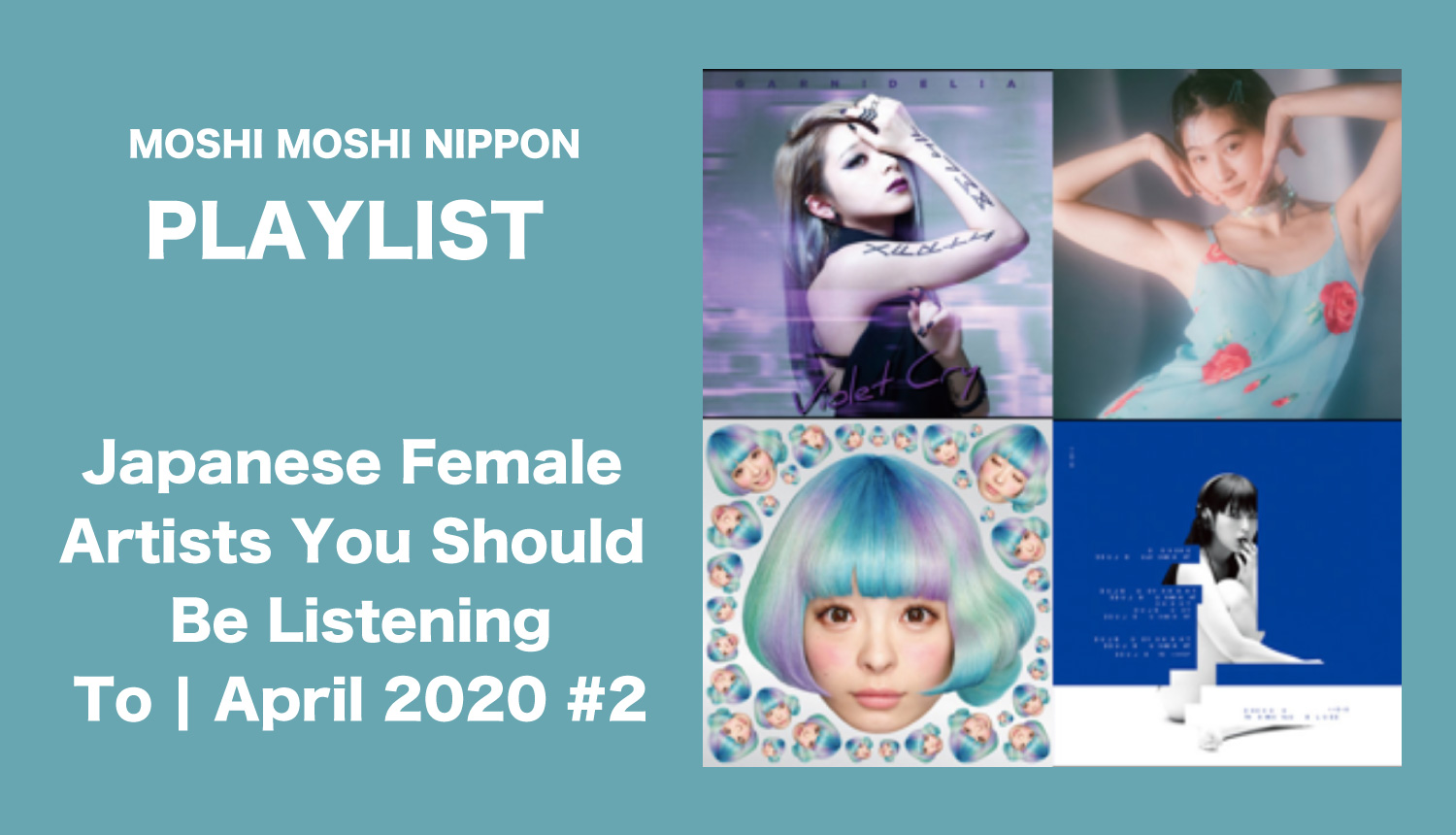 Japanese Female Artists You Should Be Listening To

Our list this week focuses on strong Japanese female artists, many of whom are active not only in Japan but overseas too. We’ve no doubt you’ll discover someone you’ll love.

Listen Here: Japanese Female Artists You Should Be Listening To

Gokuraku Jodo is the most viewed video in GARNiDELiA’s series of dance videos for their music on YouTube. It has over 60 million views and has been a huge hit across Asia. We felt the music and the video expresses Japanese culture, so we included it on the list.

WEDNESDAY CAMPANELLA is known for theming their music around a particular historical figure or story and putting their own unique sound and spin on it. Melos is based on the short story Run, Melos! from 1940 by Osamu Dazai, one of the most famous Japanese writers of the 20th century. The song’s grand music video is a sight to behold, filmed entirely in Mongolia.

Taken from Kyary Pamyu Pamyu’s mini album Moshi Moshi Harajuku, the track Cherry Bon Bon is classic and popular hit amongst fans from Kyary’s early days. KPP often performs it live. It’s one of those addictive tunes you find yourself humming along to before you realise it!

Both Yume Miteta no Atashi and another song entitled Samishii Kami-sama were featured in an animated music video entitled GIRL, which is considered a sequel or part of the universe for the famous animated music video ME!ME!ME which was a huge hit in the West and also features singing by DAOKO. The Yume Miteta no Atashi part of this music video isn’t featured on YouTube however, but the Samishii Kama-sama section is, so you can check that out above too.

Shin’ai was used as the opening theme for the anime adaptation of the visual novel White Album. Mizuki Nana pours out all of her emotions in this songーher voice slowly soaks into the depths of your soul.

What has gone on to become a song synonymous with one of Japan’s most famous J-pop groups, FLASH was used as the main theme for the first two parts of the Chihayafuru film trilogy. Perfume’s dance choreography in the music video sees them pull out their kung fu skills.

Aimyon is making her huge break in Japan right now, and that in part can be credited to this very song Marigold. It hails as the first song by a Japanese artist to be streamed over 100 million times, and the music video has nearly 170 million views, making it one of Aimyon’s hit tracks.

Though it was released back in 2008, this love song by Superfly is still the go-to at many weddings in Japan. Shiho Ochi’s powerful vocals really shine through on this one.

If you were to make a playlist of the most well-known anime themes, this one would absolutely be on thereーthe first opening theme for the internationally loved anime series Sword Art Online. Though it’s a song about fighting, something echoed in the music’s full-on sound, it’s also about trusting your comrades.

The song that started it all. This track is known to every Kingdom Hearts fan out there. It’s the Japanese version of the theme song for the very first game which launched first in Japan back in 2002. The English version is Simple & Clean. Both versions of the songs were also officially remixed and released digitally 15 years later as Ray of Hope Mix. The original track reached No. 1 in nine countries when it was released, including Japan.

Sakura Fujiwara sing of love’s embrace from the perspective of a pure girl in her teens. The fun music video sees a tiny Sakura climbing up to see a giant version of the guy she likesーhis enormity a representation of how big love can feel.

This catchy and infectious song is about how we use hashtags on social media. The music video sees the duo travelling to hot spots around Tokyo which are always seen posted on social media along with hashtags.

The straightforward lyrics of this song are enough to make one’s heart tremble as they centre on how it can be difficult to express your feelings to those close to your heart, and how hard life can be.

Another Sword Art Online makes it on the list, and this time it’s the second ending theme for Sword Art Online: Alicization. The song has a sound that almost brings back a sense of nostalgia. It’s an uptempo and feelsy number that conveys the world of the anime series.

Did you enjoy our picks for this week’s Japanese Female Artists You Should Be Listening To? Our next playlist will be centred on the top theme songs picks for the new spring season of anime. We’ll be posting a new playlist every week, so be sure to follow us on Spotify.