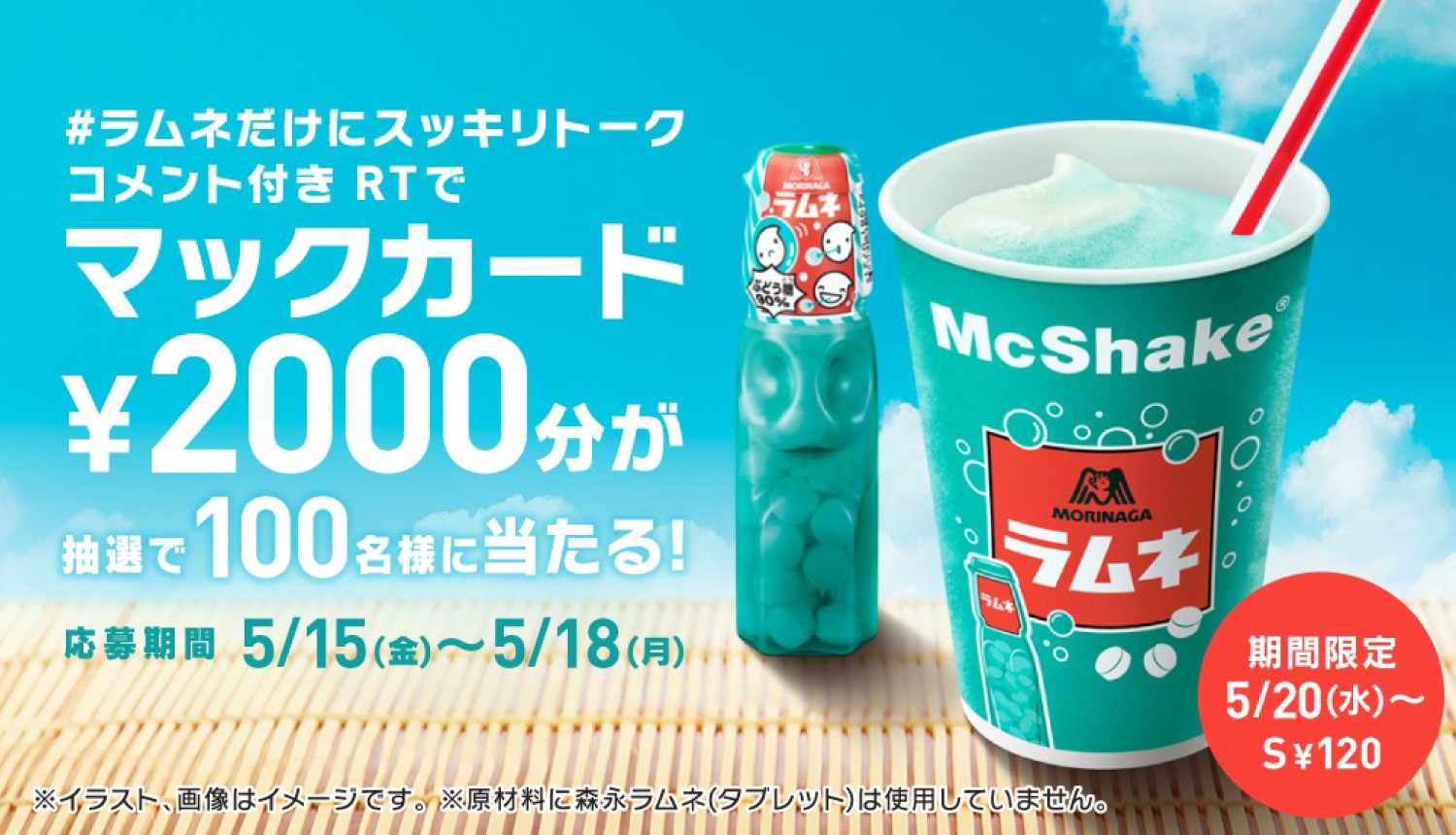 McDonald’s Japan is teaming up with confectionery company Morinaga & Company to release the “McShake® Morinaga Ramune” at all McDonald’s branches in Japan. This is the first time McDonald’s Japan has collaborated with the product.

Morinaga Ramune is a candy soda, and the perfect match to McDonald’s sweet and creamy to cool down during spring and early summer. 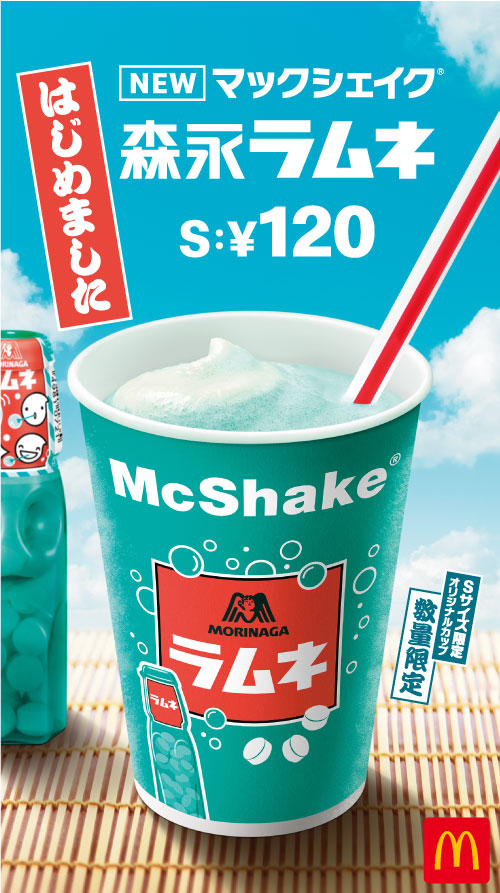 The mixed beverage maintains the same refreshing taste as the original McShake® while drawing out the full flavour of the Ramune. It’s available in a small size only while supplies last and is the same light blue colour as Morinaga Ramune. It’s also served in an original cup.