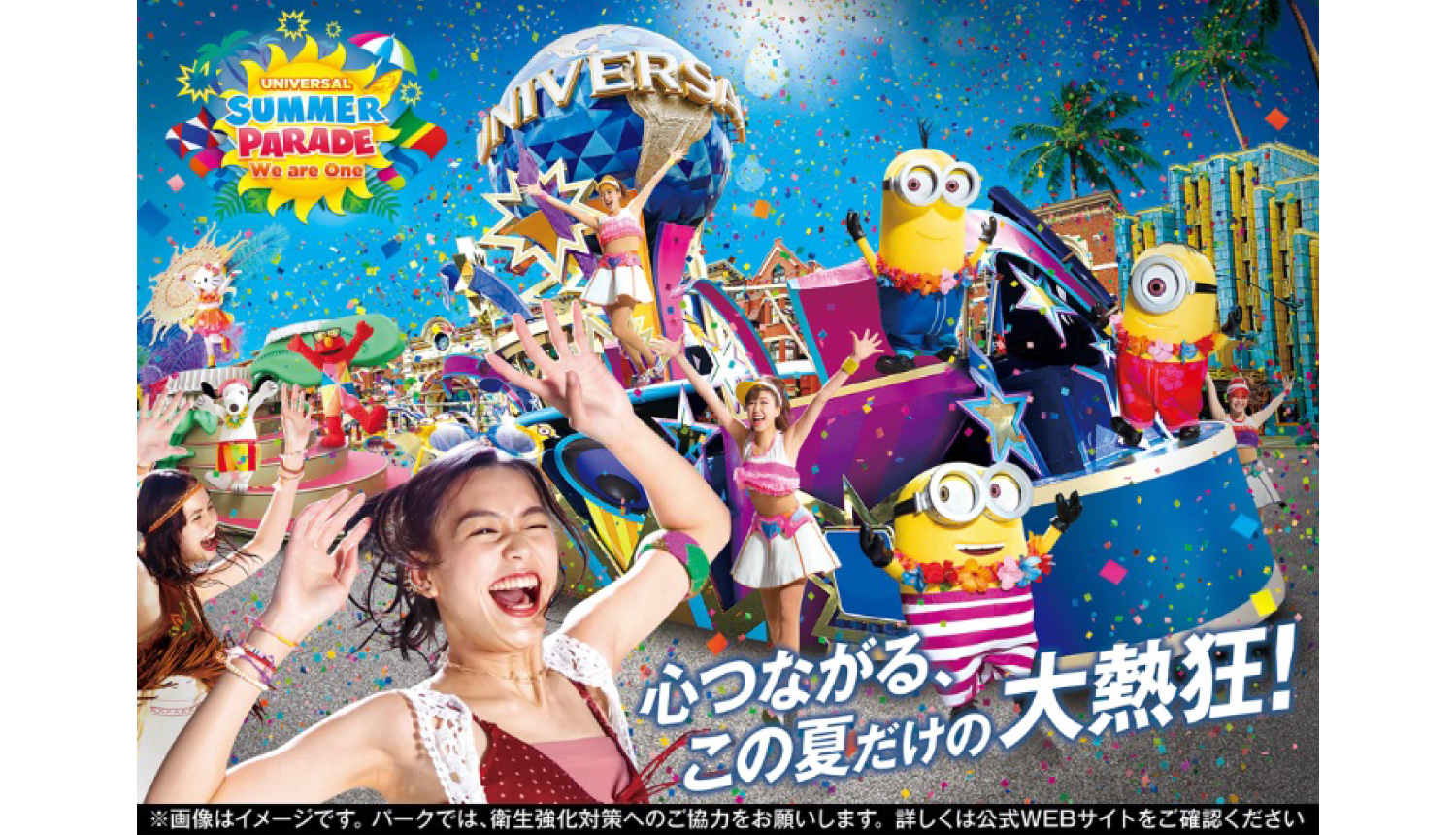 Universal Studios Japan (USJ) reopened on June 19, 2020 after temporary closure as a result of COVID-19. The park is now running with strict measures in place to prevent the spread of the novel coronavirus, including practicing the 2m social distancing rule, making it mandatory to wear face masks, and so on. The park has posted a full video demonstration of the rules on their official website. 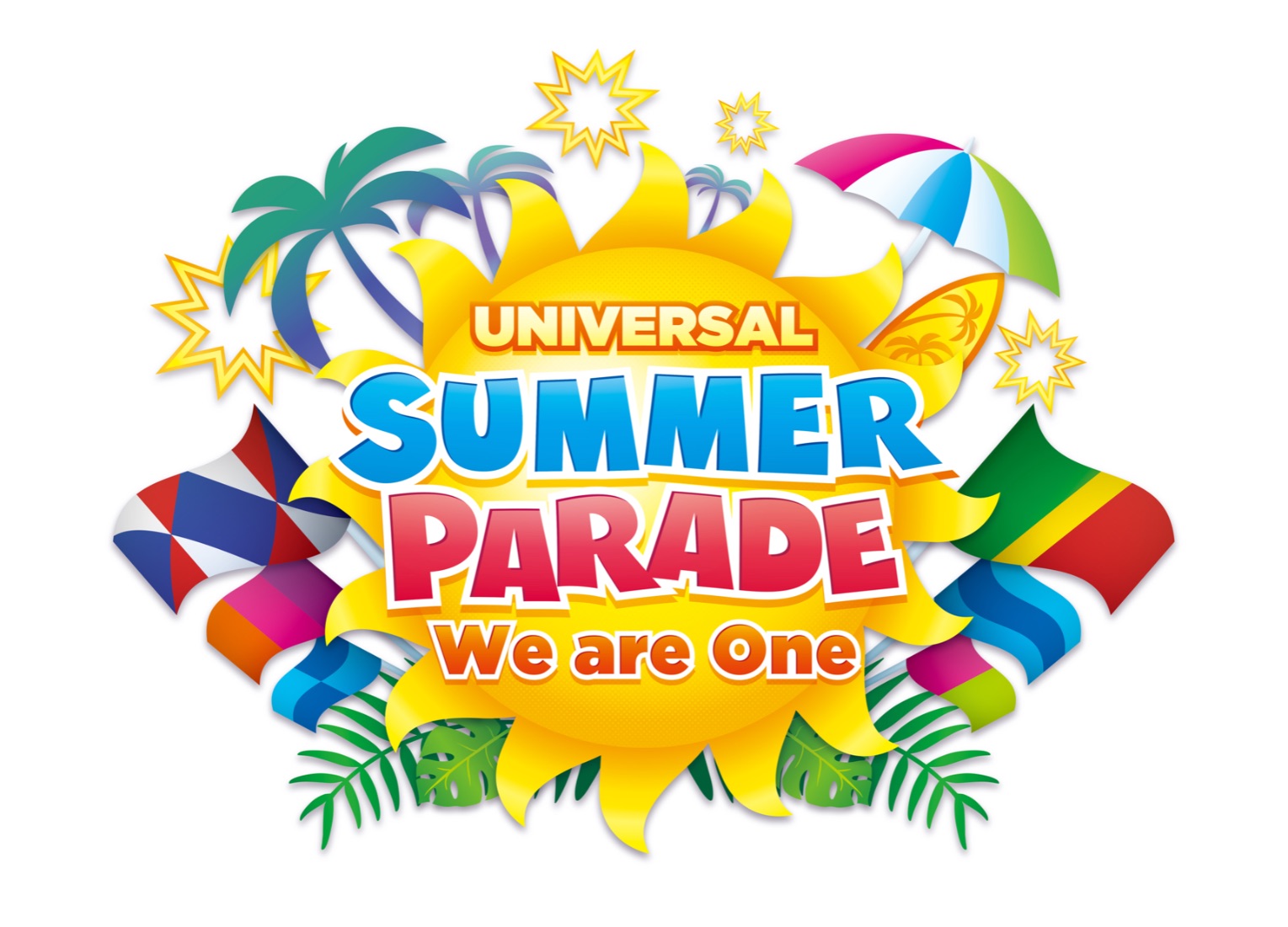 That means summertime is set to shine on USJ once again this year. The new ‘Universal Summer Parade: We are One’ event will begin on July 23 as the first parade held by the park since its reopening. Guests will be able to enjoy a fun and exciting summer at USJ with all the necessary precautions in place to ensure their safety. 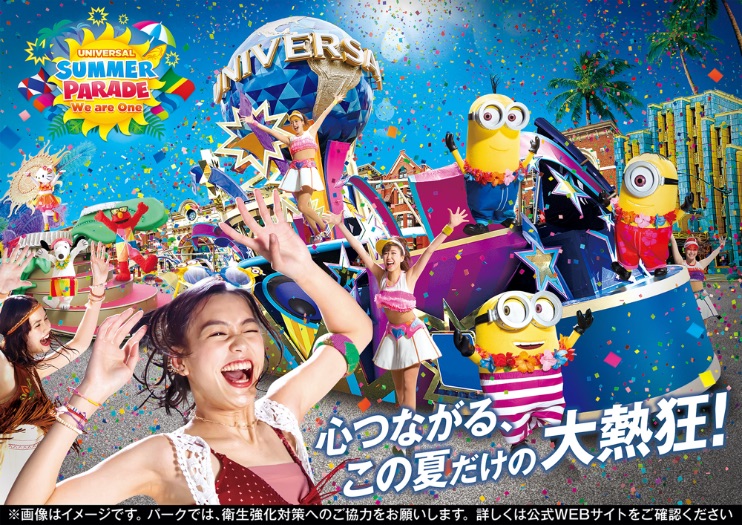 Many familiar faces will gather at USJ to celebrate summer with guests, including the Minions, Elmo, Snoopy, Hello Kitty, and more. Each of them will board colourful floats for the parade during the parade, which will open with the fittingly-titled “Opening Float” followed by a flurry of unique floats like the flashy “Latin Float,” cute European-inspired “Europe Float,” the mysterious “Indian Float,” and the finale “America Float,” amongst many others. There will be music to entertain guests for laughs, smiles, and fun energy while characters and entertainers ride the floats and serve summertime vibes.

The peak moment of the parade will be when confetti rains down on guests in huge quantities. Flags can also be bought for the parade for the first time in this year. Performers and the park characters will be able to entertain guests at a distance while still connecting with them through the fun performances. A special “social distance” performance created in cooperation with the Osaka Prefectural Board of Education will also be part of the parade. This year’s parade plans to have guests dancing and smiling even more than previous years to lift some of that stress away and give them the fight and energy to continue into tomorrow.

Universal Summer Parade: We Are One

Put your hands into the air as the sun beats down and the floats arrive to a lively rhythm. ‘We are One’ is the catchphrase, so get your boogie on and explode with excitement together with the entertainers and park characters for a heated summer parade! 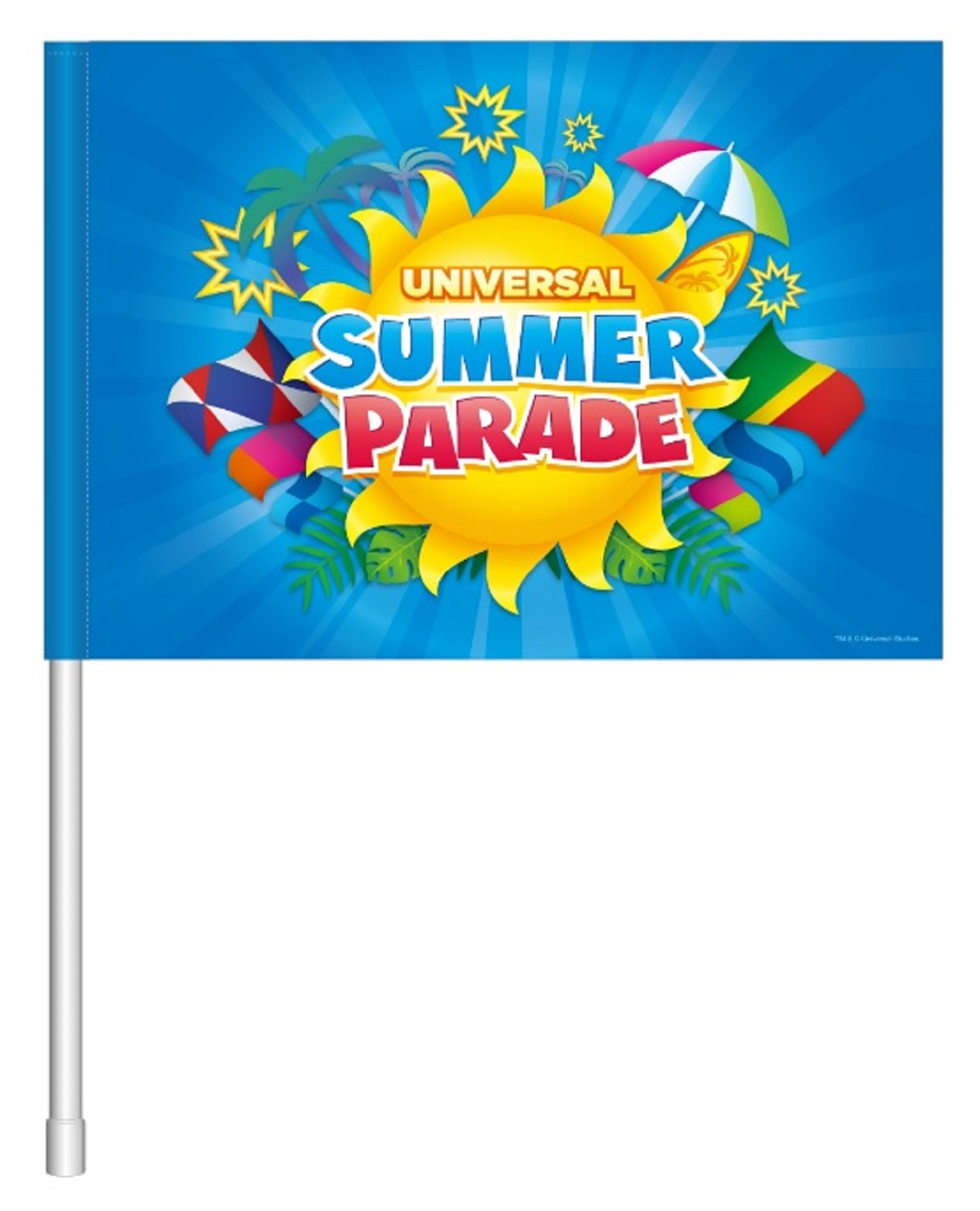 Buy yourself a parade flag for ¥500 and wave it around to the beat of the festival!

Cool yourself off with some summer merch 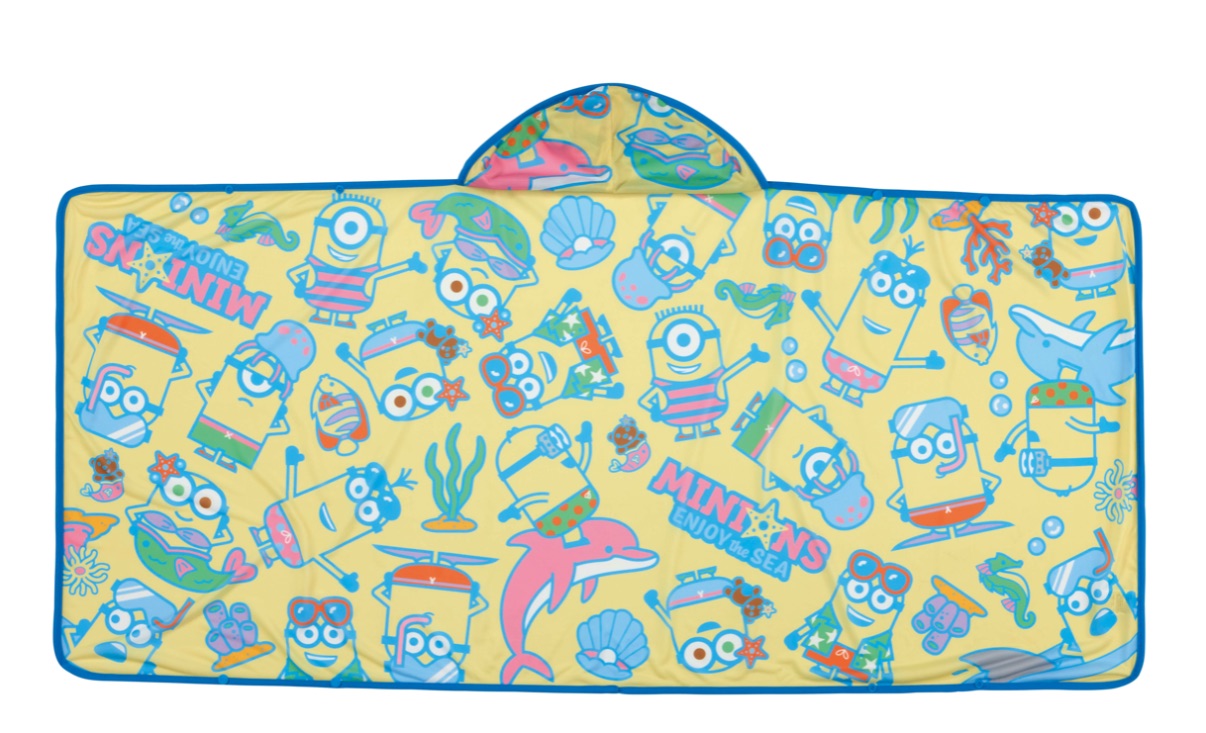 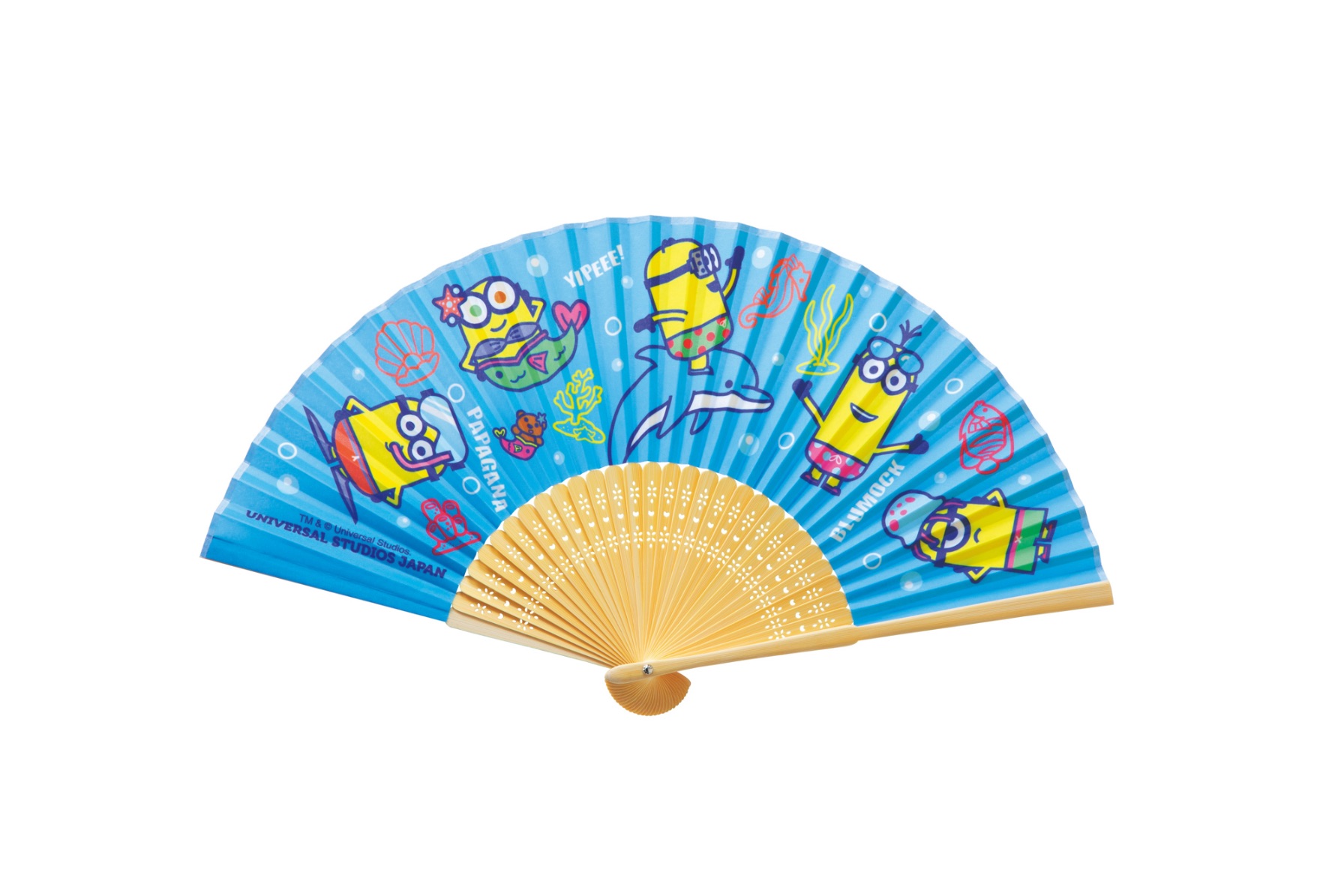 Get your hands on some merch for cooling off, including the must-have summer “Handy Fan,” a “UV Poncho” which keeps you cool in the heat of the sun, a classic “Sensu” folding fan, and more.

Feel the Japanese festivities with the Universal Market

The Universal Market will give that Japanese ‘matsuri’ festival vibe. Enjoy some cool desserts, spicy food, and more.

Since guest safety is the number one priority this summer, the park will not be holding its famous splash performance where guests are soaked with water by water shooters.

Additionally, the parade will also not stop in any of the usual designated places and will instead keep on moving, meaning the parade can be enjoyed from anywhere along the parade route. Guests will be able to keep plenty of distance from others as they watch the parade.

The park also released a statement on its ‘enhanced sanitation in park operations’ on its official website so you can find out more about what USJ is doing to tackle the COVID-19 spread.

If you’re in Osaka this year, you can still enjoy summer at Universal Studios Japan with all the necessary precautions in place.

Next » Atarashii Gakko! to Perform Solo at Zepp Venues in Tokyo and Osaka in Spring 2023