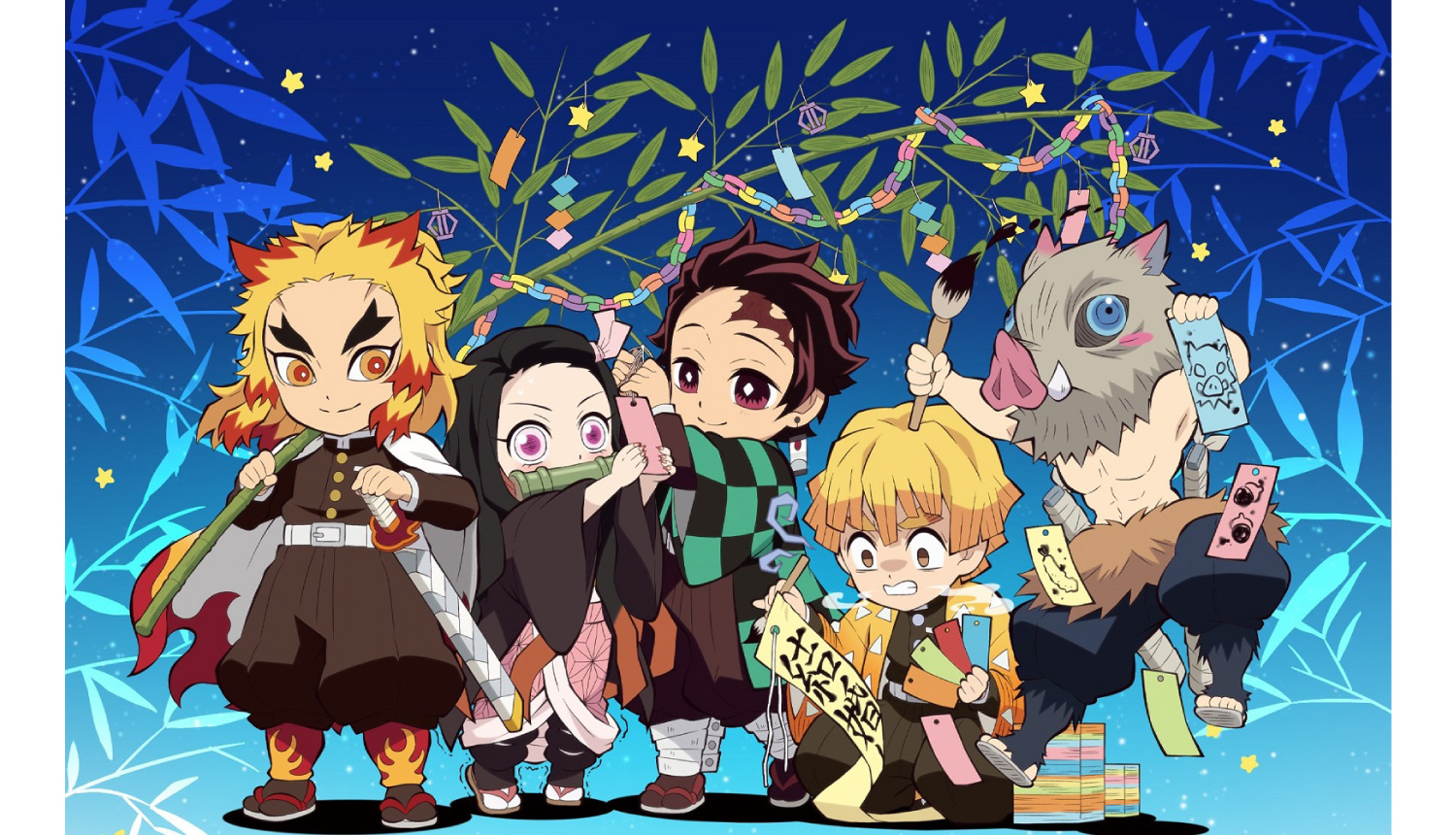 In the run up to its release, the film is being promoted in collaboration with Japan’s annual Tanabata festival which takes place every year on July 7. A special website opened today which features wishes written in Japanese and illustrations drawn by 31 voice actors and actresses from the anime series—as well as the main characters, including Tanjiro. It is customary on Tanabata to write a wish on tanzaku, which are small pieces of paper, and tie them to bamboo. Additionally, three special announcements have been made to celebrate Tanjiro’s birthday on July 14.

The Demon Slayer: Kimetsu no Yaiba manga has sold over 80 million copies. Along with its highly successful anime adaptation from last year, the series has won the anime community the world over, earning a high reputation for its thrilling fight scenes and memorable characters. The film was announced at the end of the anime’s final episode, teasing the “Mugen Train” arc of the story. Today, the day of Tanabata, marks just three months until the release of Demon Slayer: Kimetsu no Yaiba the Movie: Mugen Train. 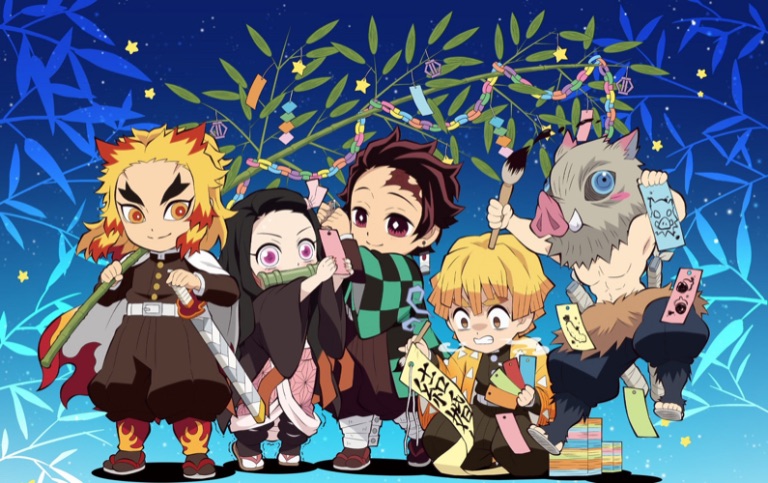 As well as the voice cast, five of the anime’s main characters have posted their own wishes over on the special Tanabata website. Tanjiro, a kind and gentle soul who is devoted to family, wrote: “I pray that everyone can live happily!” Such a wish is just like Tanjiro, who shows kindness to everyone even if they’re a demon. His sister, Nezuko, who is a demon herself and who can’t write, instead just tied her tanzaku paper up. You can tell she puts all of her trust in Tanjiro with whom she has a strong bond. Zenitsu simply wrote, “I wish that I can get married!!!!” Inosuke drew a picture of his favourite food, tempura, and Rengoku wrote the mantra “Daily Diligence!!”

You can check out the rest of the cast’s wishes over on the official Demon Slayer Tanabata website, all of which are written in Japanese.

Finally, to celebrate Tanjiro’s birthday which falls on July 14, three special things have been planned in Japan. Firstly, a special “Tanjiro Birthday Party” show will air on ABEMA on July 14 at 21:00 (JST) where the main voice cast Natsuki Hanae (voice of Tanjiro), Akari Kito (Nezuko), Hiro Shimono (Zenitsu), and Yoshitsugu Matsuoka (Inosuke) will appear. Secondly, there will be a marathon of the Demon Slayer: Kimetsu no Yaiba anime series on ABEMA on July 11 and 12. Lastly, ufotable Cafe will be collaborating with the series for Tanjiro’s birthday, serving food inspired by the anime and more.

Next » Demon Slayer: Kimetsu no Yaiba Holds Wisteria Event in Japan to Ward Off Demons