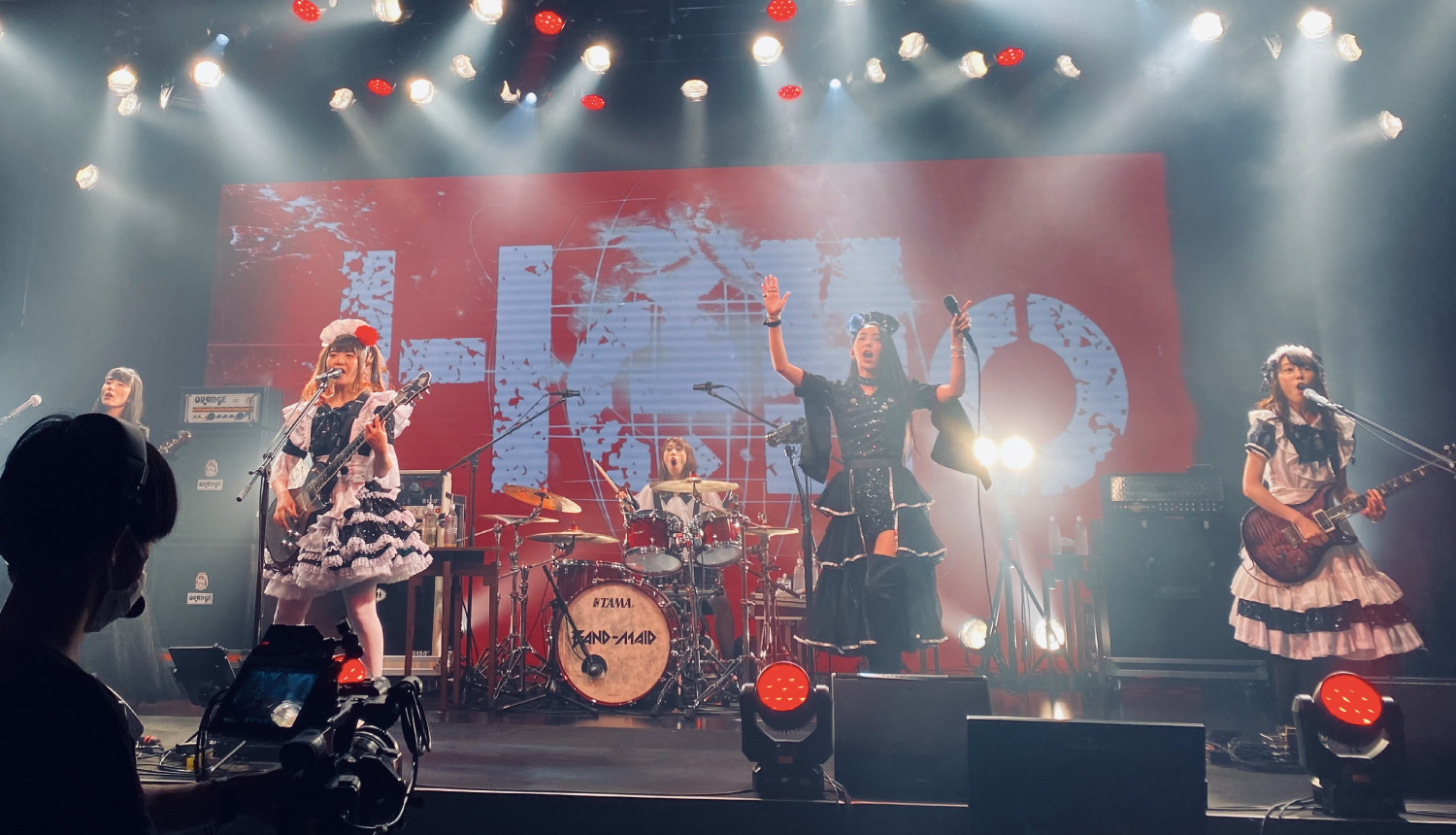 BAND-MAID held their first ever online Serving (concert) on July 23, 2020, which was watched by Masters and Princesses (fans) across the globe who expressed their great excitement at the performance. 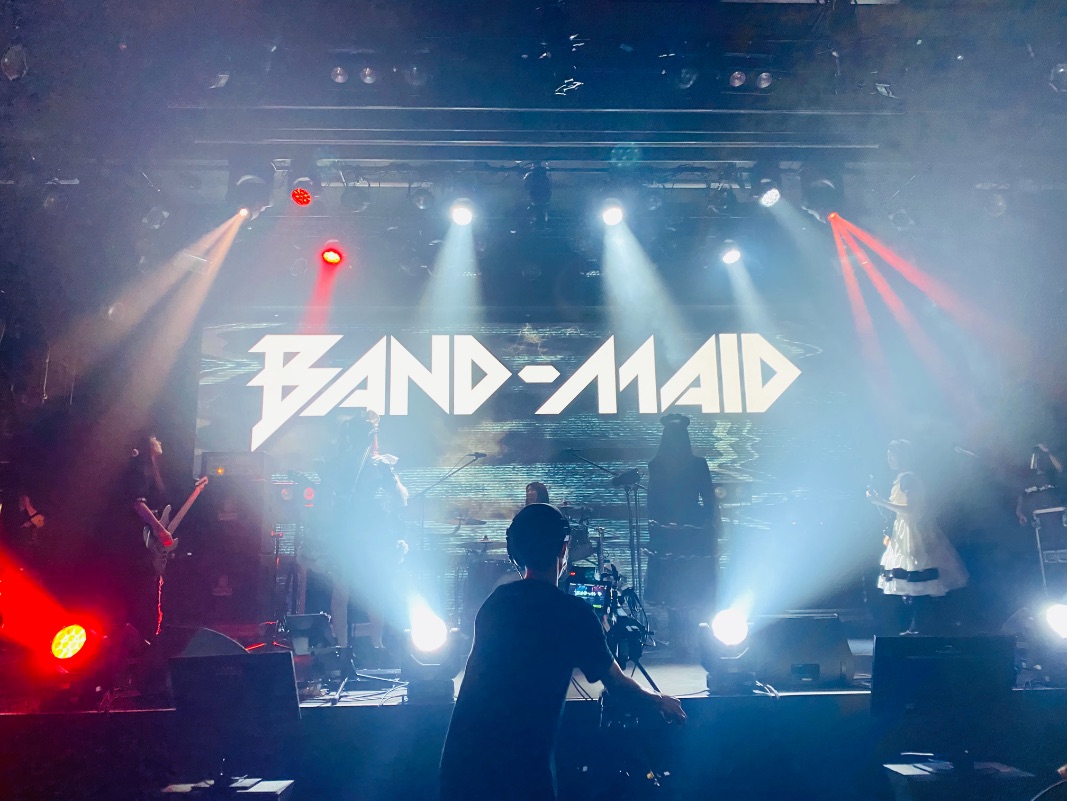 Intro sound effects rang while LED lights fell on the stage as the band members stepped out to an audience-less venue. They began their set with DOMINATION, followed by their up-tempo classics Dilemma and Play. Guitarist KANAMI and bassist MISA showed off their incredible skill on their instruments as the band put on a performance that had fans feeling like they were actually there at the show. 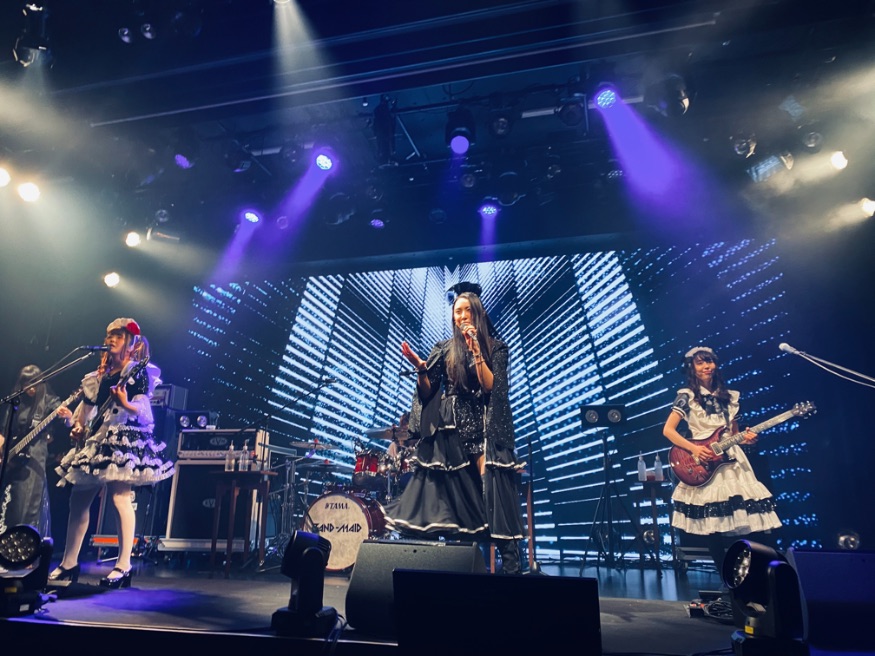 Before we knew it, the first part of the show had concluded. For the middle section, BAND-MAID played some ballads like glory and Rinne. Guitarist and vocalist Miku Kobato then took to the mic for some MC time. She read comments which were flooding in from fans around the world, something which is only possible with a streamed show like this. Comments were in multiple languages, including English. The official hashtag for the concert (#bandmaidokyuji) made it to 2nd place on Twitter’s trending page in Japan. It was proof of BAND-MAID’s popularity around the globe. 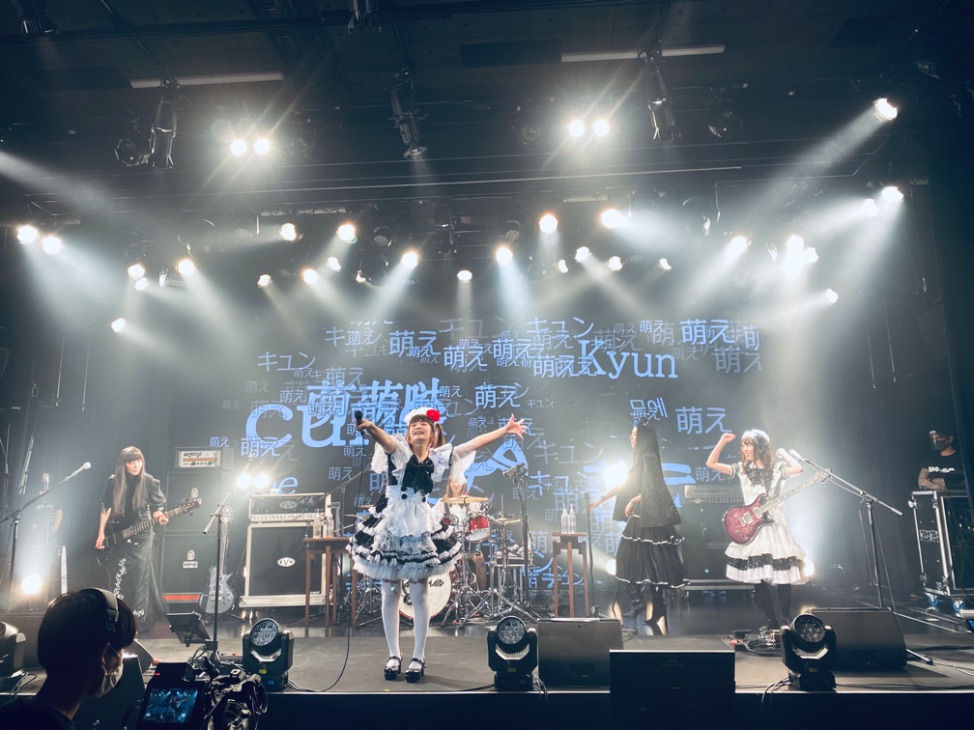 Kobato carried out her signature Omajinai Time―a section of the concert performed at every show―which consists of call-and-response with the crowd of the phrases “Moe Moe” and “Kyun Kyun.” The Serving resumed with DICE as BAND-MAID dashed into the final part of the 1-hour show. The band performed FREEDOM, and lastly Blooming during which bright vivid lights lit up the stage.

The members took a photo on stage while visuals appeared on the back screen. Whether BAND-MAID have an audience watching in the venue, or at home, what is certain is that they always make sure to crack up their performance to max, and then some. 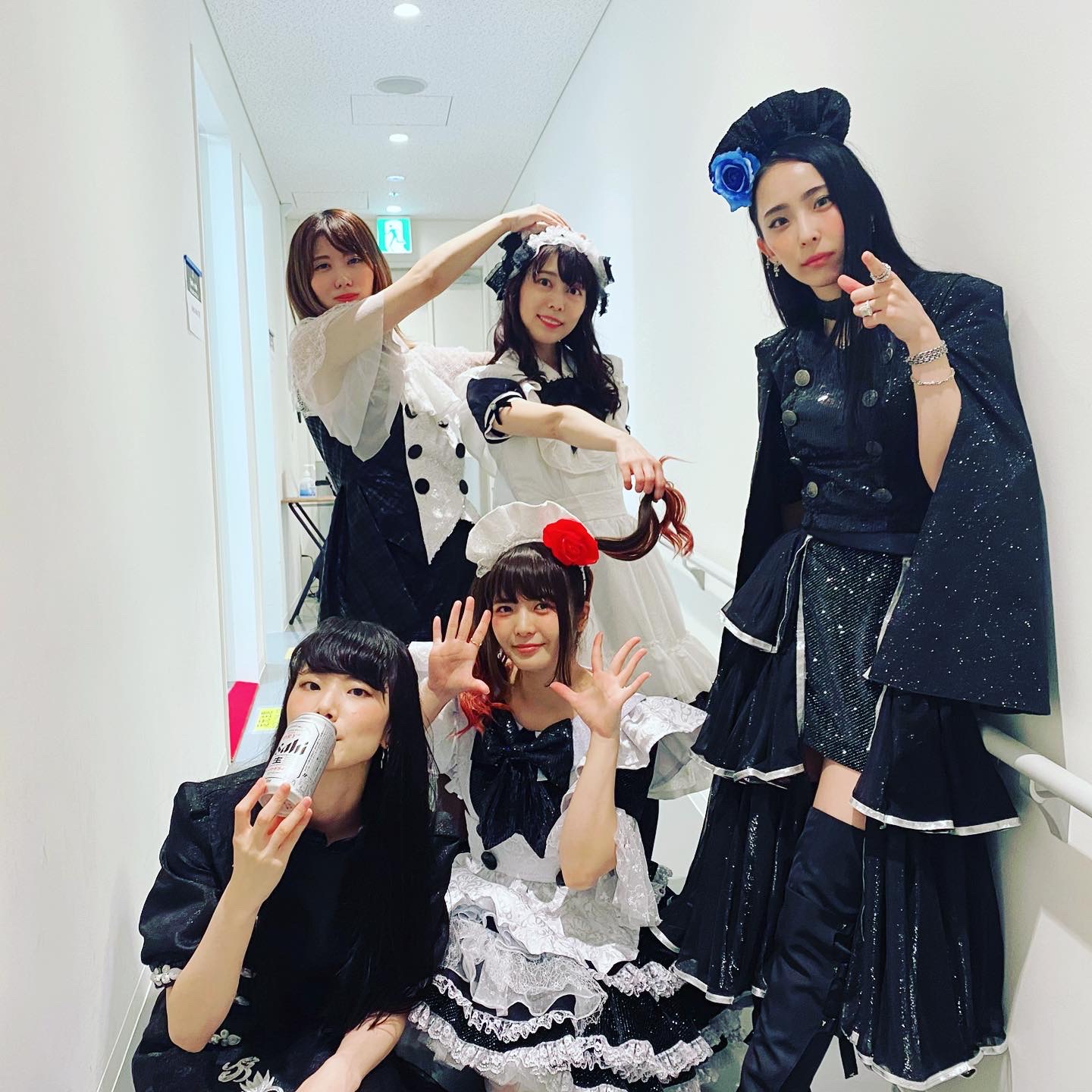 Pre-sale tickets for BAND-MAID’s upcoming concert at the Nippon Budokan in February 2021 are now on sale.