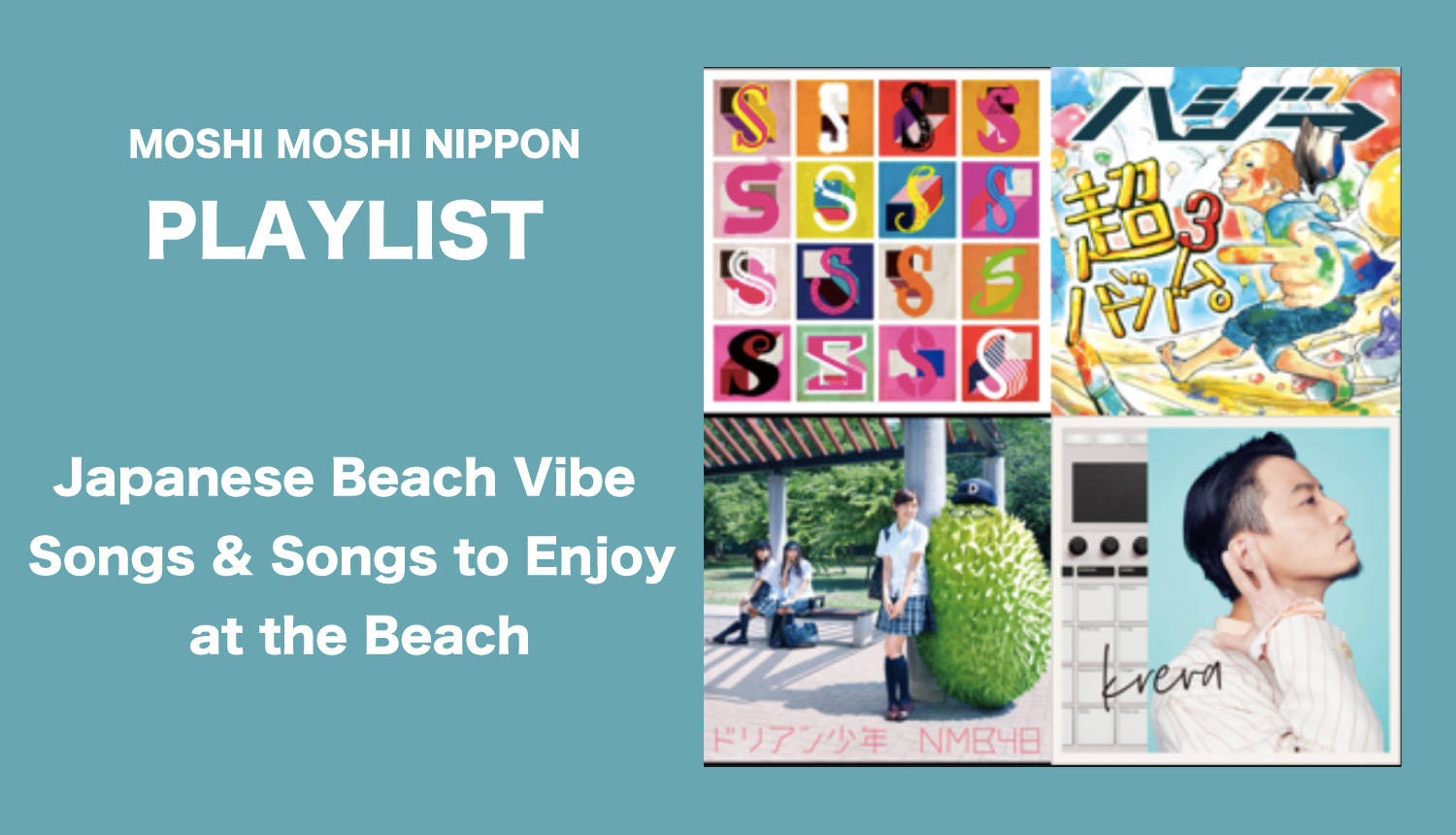 Whether you’ve got your shorts and shades on and are heading out to the beach this summer, or are planning to spend your time indoors, then we’ve got you covered with this list of Japanese beach vibe tracks.

This is the kind of Japanese song that makes you want to run to the beach. Both the lyrics and music video have that summer vibe. Suu’s vocals are super cute too.

A number of genres are mixed into this track like J-pop, rap, and dance. You feel great because summer’s finally here so you just wanna dance to party tunes like this.

Released as the 12th single by Japanese idol group NMB48, this song makes you want to put on your swimsuit and go into the sea like the members in the music video. It has an up-tempo sound typical of Japanese summer songs.

This song was written and released in 2005 by Japanese rapper and record producer KREVA who is also the MC for the hip-hop unit KICK THE CAN CREW. A re-recorded version of the track was released last year.

A dance tune that embodies having the best summer ever. This is your summer track for 2020.

Rihwa’s beautiful voice and the pleasant, almost refreshing sound of the music makes you feel like you’re going to have a great summertime.

This love song has a sad melody and lyrics, but it’s the kind of nice, chill song you want to listen to while relaxing on the beach.

This nostalgic 80’s song is full of exciting and positive vibes.

The clear and positive guitar chords create the image of sunshine and warm waves.

GReeeeN’s cheerful and relaxing tone sets the perfect mood for a beach party. The title of this song literally means “the sound of summer”.

This playlist is just what you need for the perfect Japanese beech party. We’re bringing you a brand new J-music playlist every week so stay tuned!