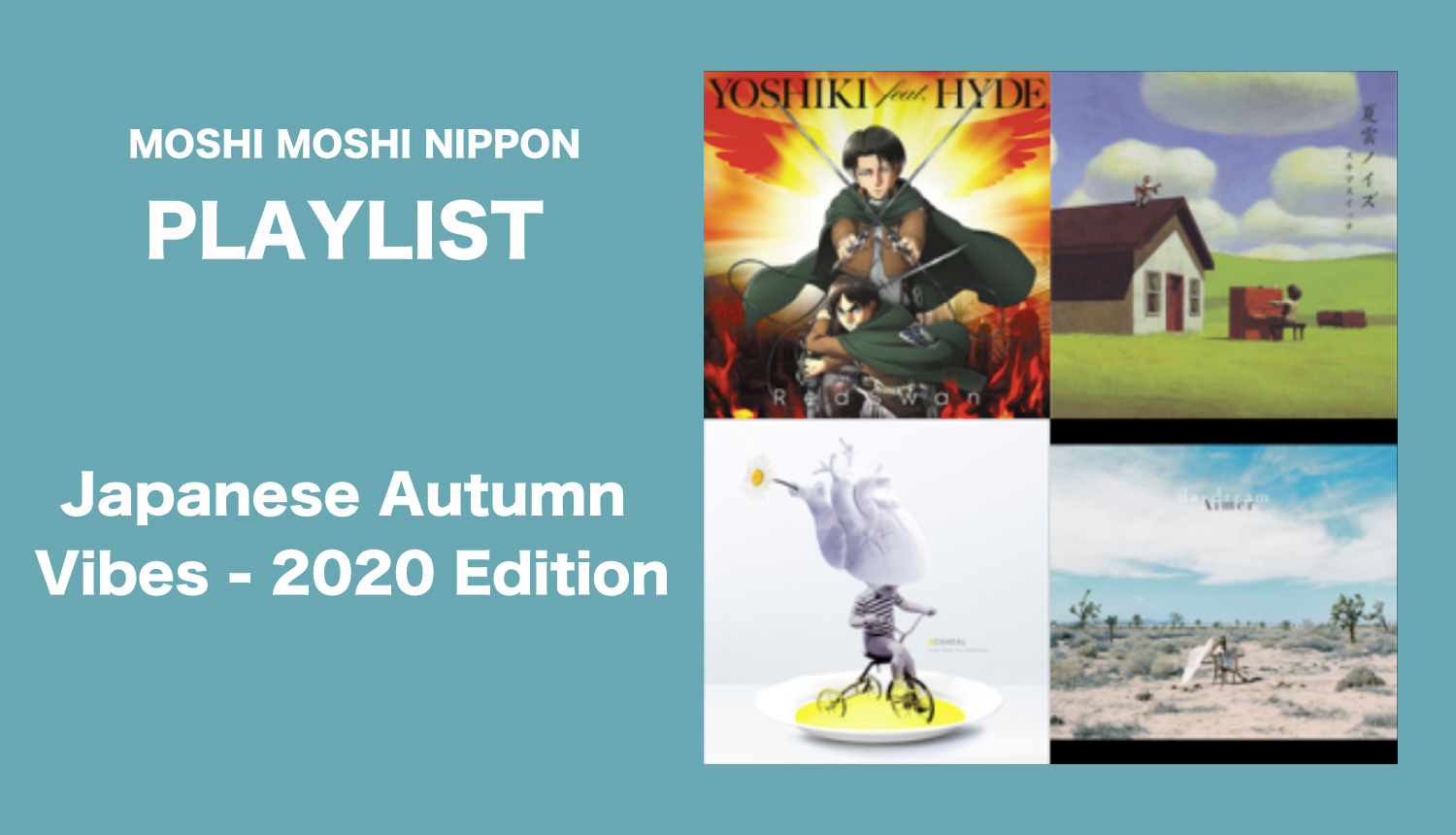 Autumn is right around the corner, so let’s ‘fall’ into the mood with some seasonal tracks from Japan.

This song became a hit back in 2018 as the opening theme for season 3 of the anime series Attack on Titan. It’s the kind of song you want to listen to while watching the beautiful autumn sunset sinking into the horizon.

This song isn’t directly touching on the season of autumn, but the lyrics talk of a breakup between a couple, and it’s that melancholy that makes this a perfect autumn track.

A relaxing song with a steady beat is the perfect way to wind down from the excitement of summer. Japan celebrates Tsukimi during autumn. Tsukimi literally means “moon-viewing” and is a celebration to honour the autumn moon. As the song’s title translates to “moon”, this is the perfect song to get in the mood.

Aimer’s soothing voice is just what you want to hear on a cool autumn evening. The song was composed and produced by Taka from ONE OK ROCK.

The second ending theme song for the anime Run with the Wind. The beautiful piano melodies will be stuck in your head on repeat.

The main theme song of the animated film Typhoon Noruda. Japan sees a large number of typhoons during autumn. The title of this song translates to “after the storm” and is the perfect tune to relax to when stuck indoors waiting for a typhoon to pass.

The title of this song is a Portuguese expression used to convey an intense longing for someone or something, which has led it to become a song associated with autumn.

This song imagines an ordinary day in September, the month when autumn begins, and your feelings at the approaching autumn following the height of summer.

When autumn rolls around, the temperature drops and the days get shorter. It can get a little lonely and a little melancholic at times. This is the perfect feel-good song to listen to to cheer up and warm up, a song that uses hot ‘soup’ as a metaphor for love.

Official Hige Dandism – “Stand By You”

The official music video acoustic version of Stand By You was recorded in a church and in just one take. The gospel vocal arrangement is also worthy of note.

A song about breaking up with the one you love. The song depicts an admirable girl who hides her sadness away and faces up to reality with a smile on her face. The heartbreaking feeling will touch your heart.

What did you think of this week’s playlist? Stick around as we’ll be releasing a new playlist every week.