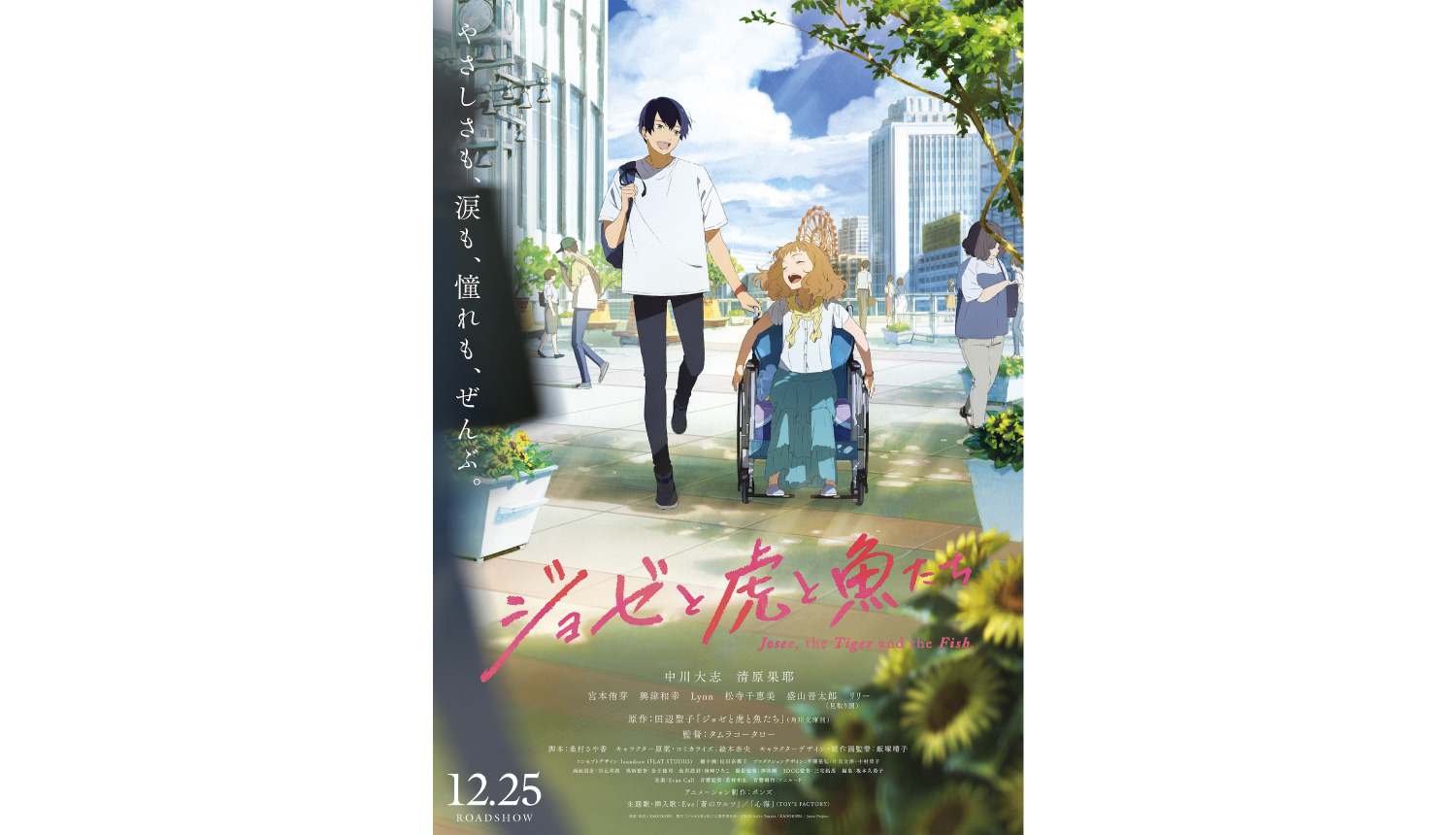 It has been announced that Eve’s new song Shinkai (song reading not confirmed, ‘心海’ in Japanese) will be used as an insert song in the upcoming anime film Josee, the Tiger and the Fish, which is set to release in Japan on December 25, 2020. Eve is also performing the film’s main theme Ao no Waltz. 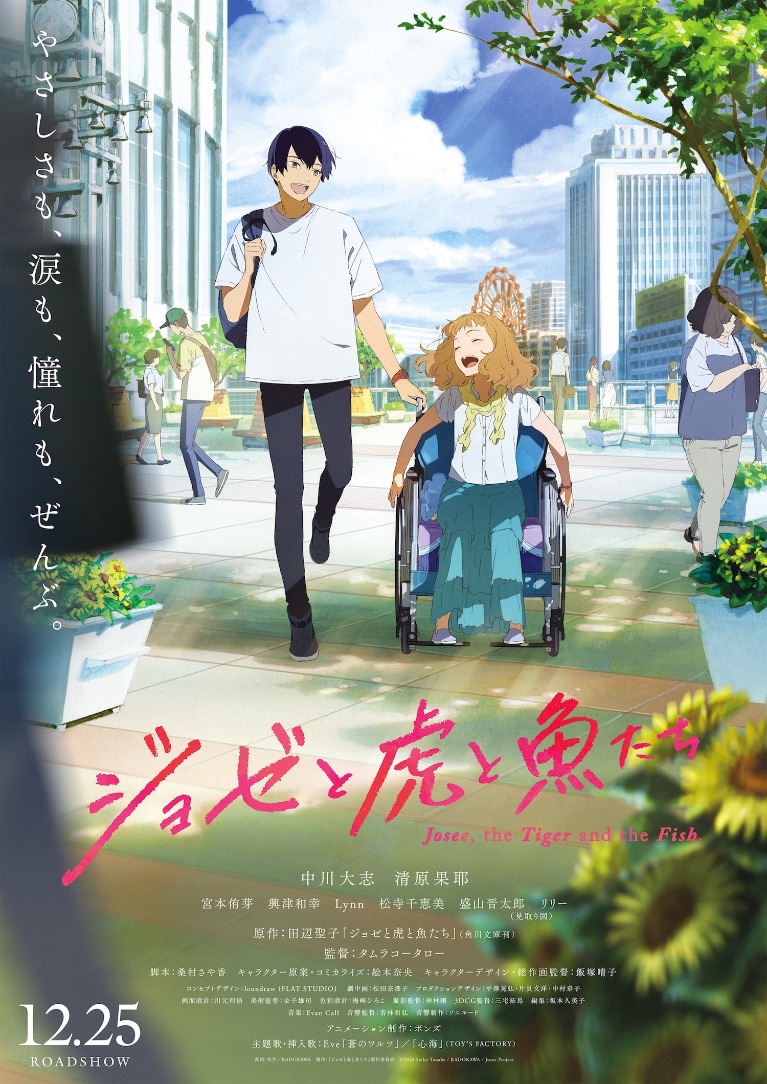 Josee, the Tiger and the Fish is a novel written by Seiko Tanabe and released in 1985. The book received a film adaptation which was directed by Isshin Inudo and released in 2003. This will be the first anime adaptation.

The animated film will be directed by Tamura Kotaro, who was assistant director for Wolf Children and director for Noragami. Sayaka Kuwamura (Strobe Edge) is working as the screenwriter, Iizuka Haruko (Inu x Boku SS; Children of the Whales) is working as the character designer, and Bones (My Hero Academia; Space Dandy; Mob Psycho 100) is animating it. We will get to see an all-new interpretation of Josee led by a team of the industry’s best.

You can hear Eve’s new track in the latest promotional video below.

Josee, the Tiger and the Fish | Promotional Video