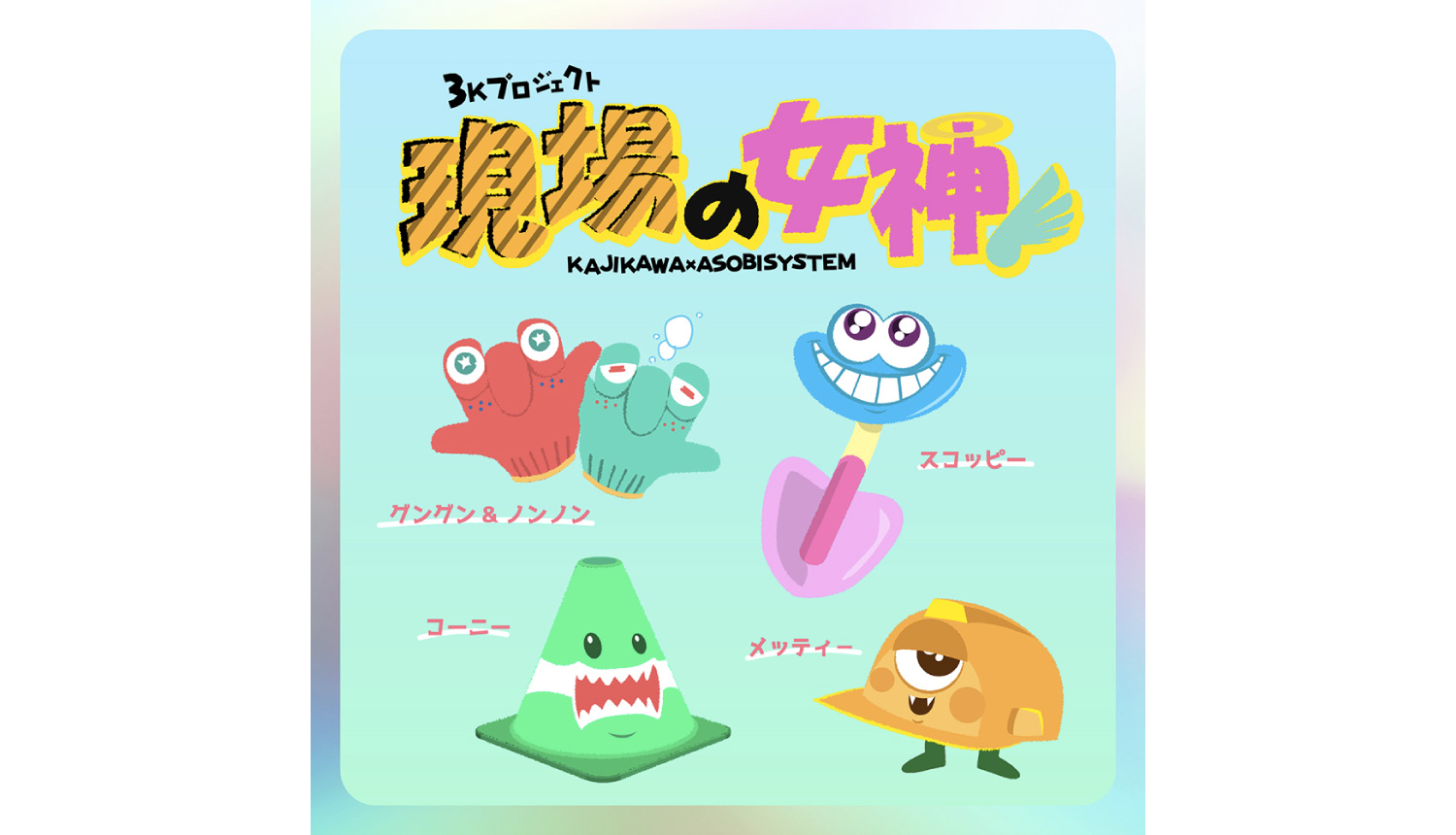 Earlier this year, Kajikawa Corportation and ASOBISYSTEM CO., LTD announced their efforts to rebrand the perceived image of the construction industry in Japan with the launch of the 3K Project. This introduced a series of characters, Corny, Gungun & Nonnon, Scoppy, and Metty, a band of construction tools and equipment, to revamp the industry into something kawaii.

Kajikawa and ASOBISYSTEM have announced that the first episode of an original 3K Project anime series entitled Genba no Megami (‘Goddesses at the Site’) will be released on November 20, 2020. The first teaser trailer and cast members were revealed today (November 12).

What is the 3K Project? 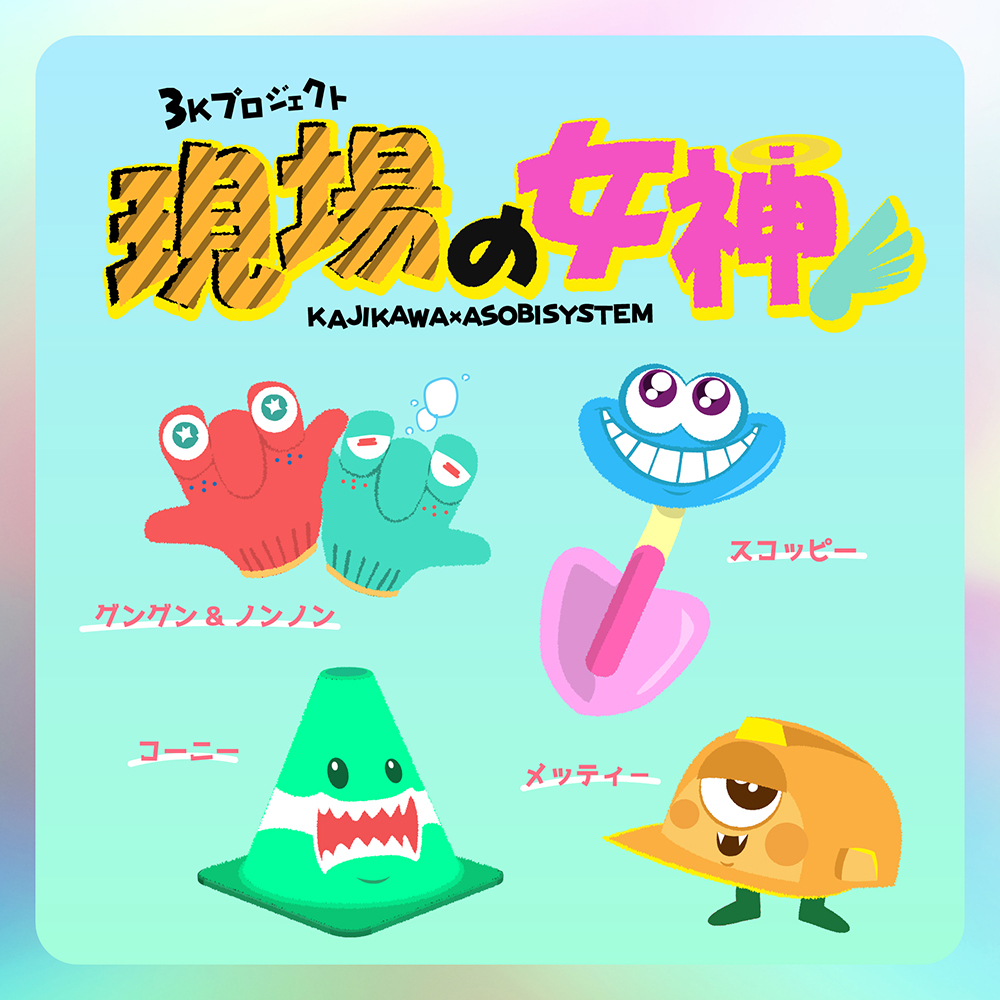 The three “K’s” of the 3K Project are the Japanese words Kawaii (cute), Kirei (clean), and Kirakira (shiny). Construction work is generally perceived by a different set K’s: Kitsui (severe), Kitanai (dirty), and Kiken (dangerous), but the number of young people, both men and women, working in the industry in Japan is on the rise, resulting in the work environment changing too. That’s where Kajikawa Corporation and ASOBISYSTEM’s 3K Project comes in, which aims to rebrand the industry. 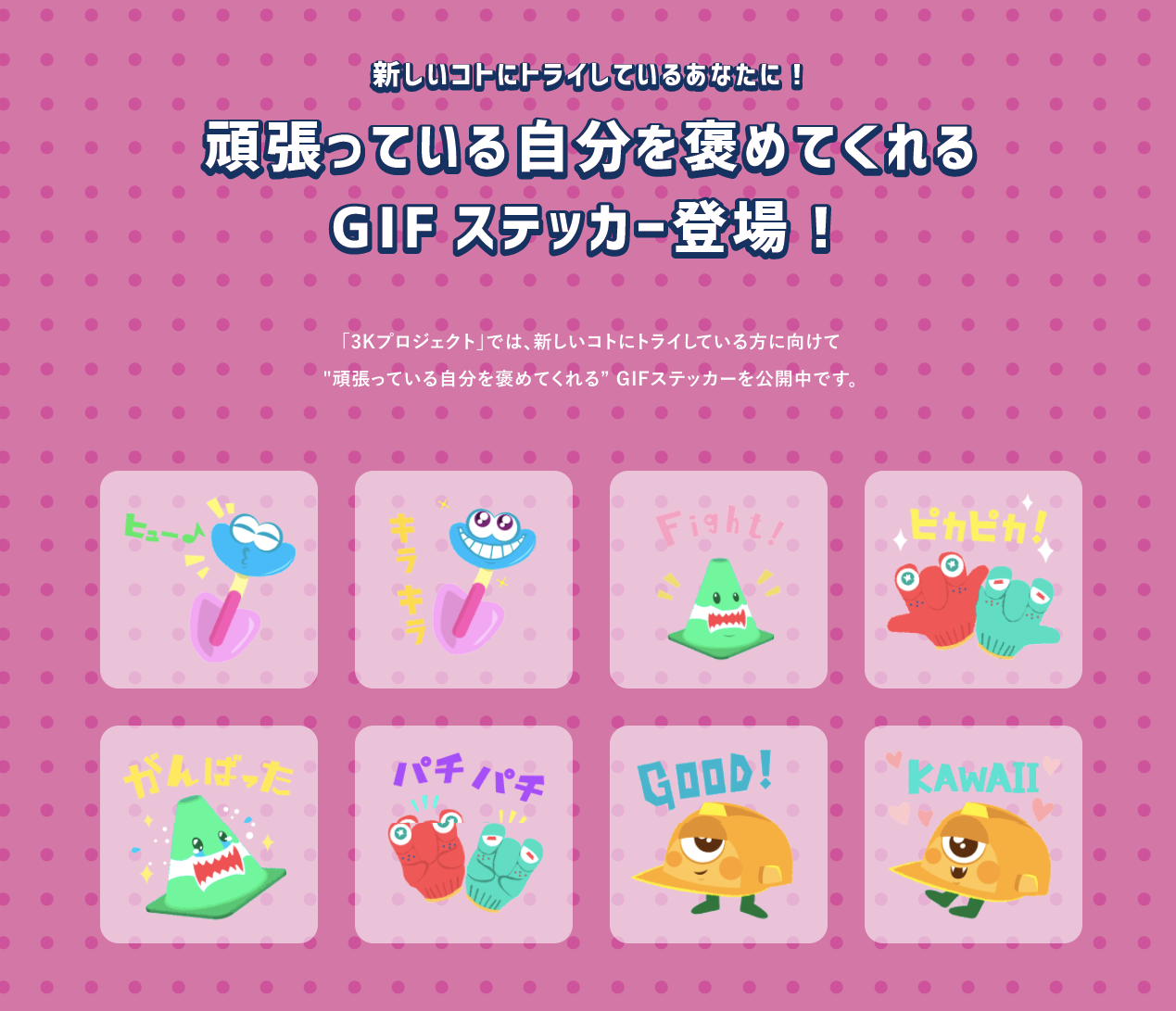 A set of GIF stickers of the 3K Project characters were released on GIPHY back in August which have been viewed more than 15 million time since they hit the platform (as of October 30, 2020). Fans can now look forward to seeing the characters fully animated in the all-new series.

The 3K Project characters were actually Goddesses all along 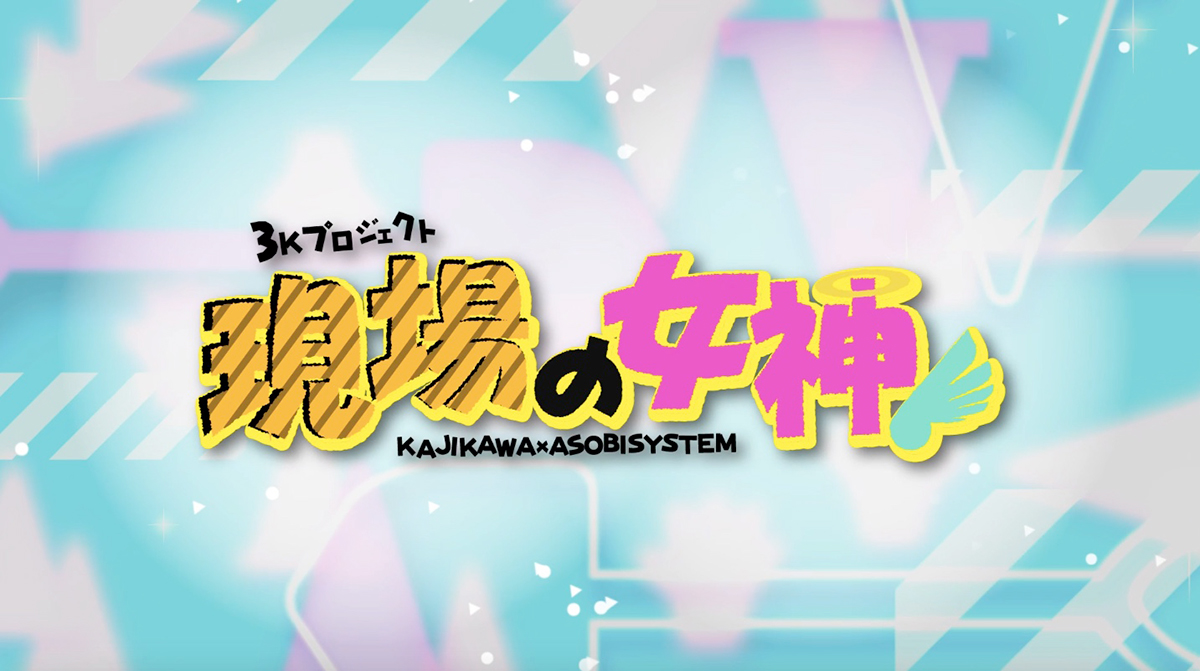 The story follows a group of Goddesses who, for reasons unknown, are­ sent on a mission by God to inspect construction sites on earth. The Goddesses decide to transform themselves into various construction tools so as to blend in with their environment. They interact with the staff at the sites in their disguised forms, during which they discover something interesting.

Genba no Megami is a series full of laughs and tears that will air on social media. The first episode is set to drop on Friday November 20, 2020.

Below are the three questions asked to each cast member. The number next to their answers correspond to the numbered questions below.

1. Give us your impressions of your character, such as when you first saw their illustration, along with your enthusiasm for the series.
2. Do you have a favourite scene or line, or is there anything in the series you found yourself paying particular attention to?
3. Please give a final word to everybody watching the series. 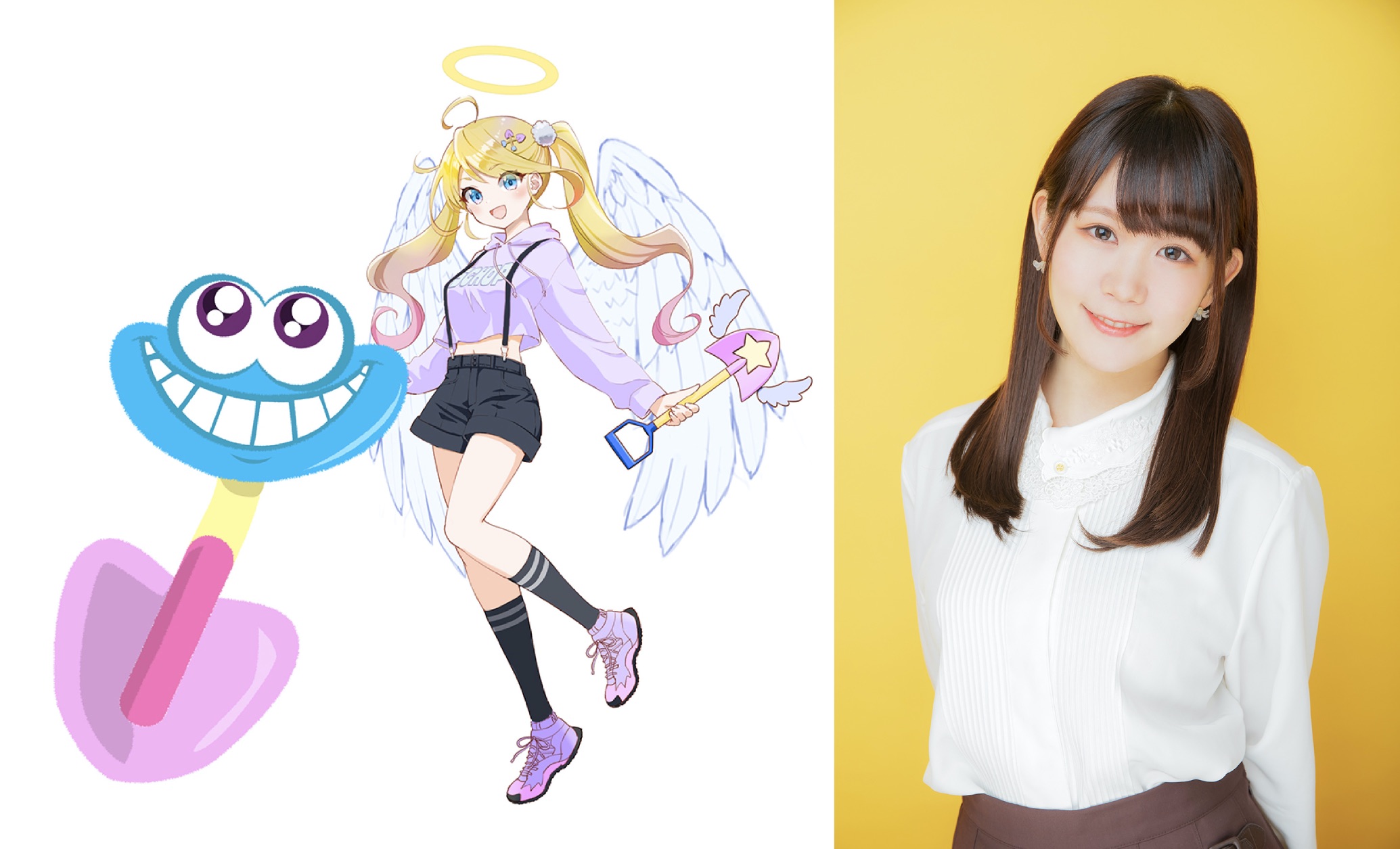 Scoppy’s temporary form is a spade. She’s a modern-day Goddess who will lend an ear to someone no matter what they’re going through. She’s really interested in becoming a YouTuber.

1. The characters are so cute, it got me really excited! My character looked innocent in the illustration I was given, so I channelled that during recording. The anime has good pacing, similar to short-episode anime, and I was conscious not to take away from its playful atmosphere!

2. The fact that this series is about Goddesses who… live?… inside of tools at [construction] sites I think adds a different level of amusement than if they were anthropomorphised! I also had to record singing alongside my regular lines, so I really liked that part. It’s really pop and trendy.

3. It’s a short series so I think people can watch it pretty casually. And every character is so cute, they each have their own personalities! I hope you enjoy watching the Goddesses at work (or is this their normal life now?) 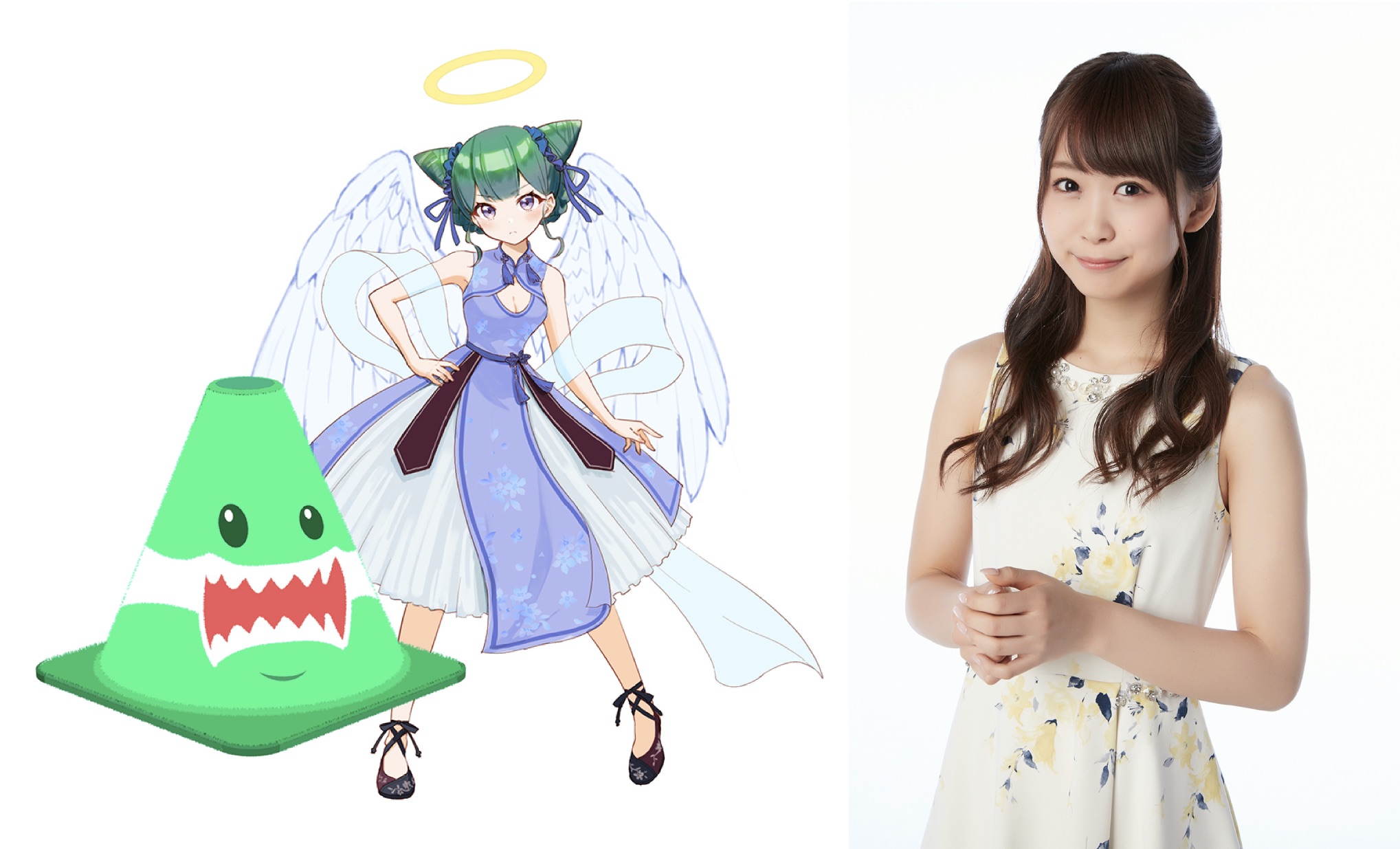 Corny’s temporary form is a traffic cone. She’s a talkative tsundere Goddess with a cold tone. She’s also moved to tears more than anyone else in the group.

1. The Goddesses have swooped down onto the construction sites! A pretty exciting settings, don’t you think? The Goddesses are beautiful, and when they transform they have a cute pop look to them. Their dialogue with the new person is just the best too! In any case, the pacing is great so I had a lot of fun recording for it!

2. I definitely have a favourite part! And that’s Corny! (lol) She’s a tsundere but easily brought to tears. There’s a lot of kindness behind her cool manner. Look forward to seeing her! Also, this is just a personal thing, but the part felt fresh and was a lot of fun, so look out for that part too!

3. It’s not every day that a Goddess appears in your life, but I find a happening like that really amusing, so I hope it gives you plenty of laughs! And I hope it’s something you can chill out and relax to after work! Definitely look forward to it! 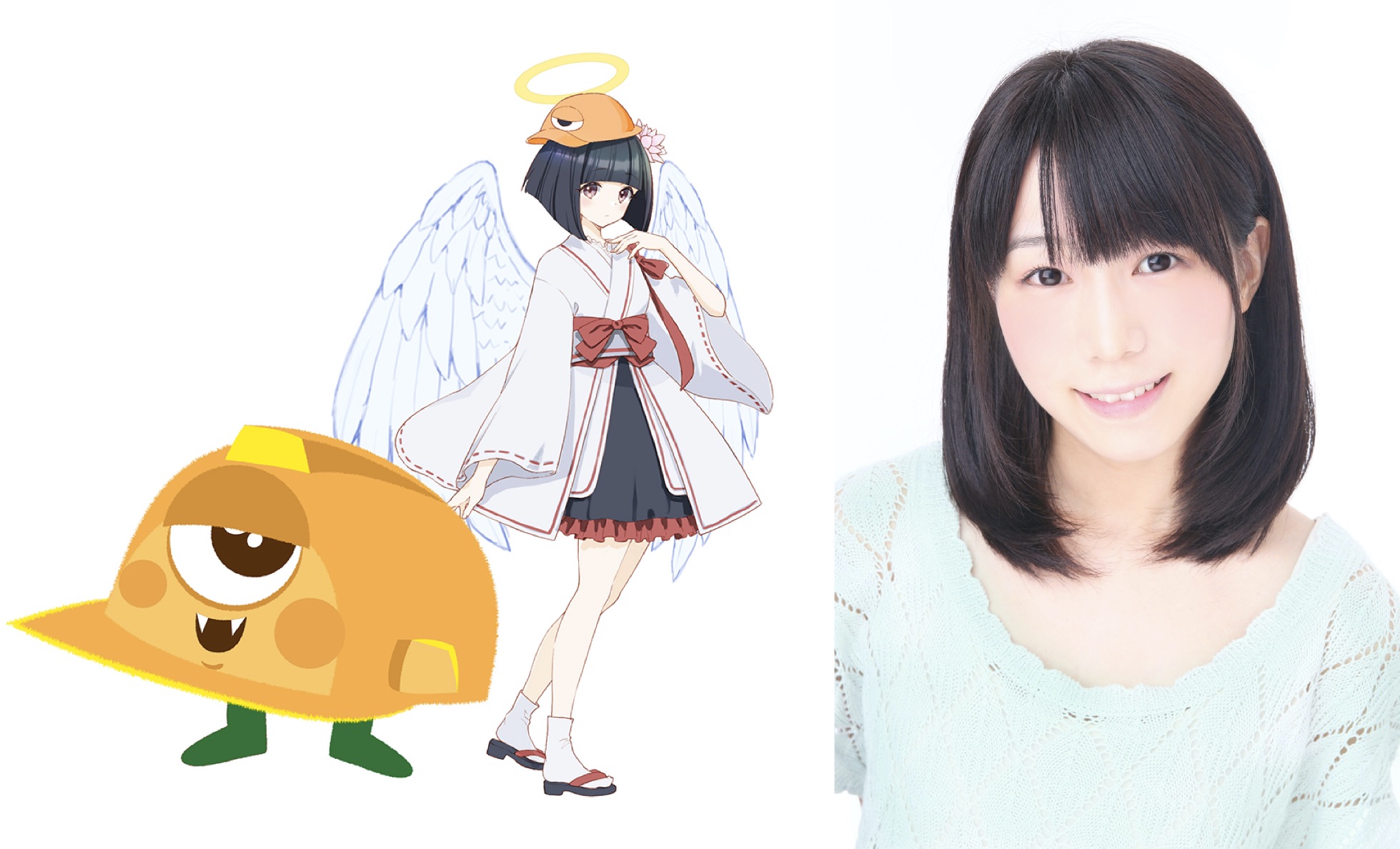 Metty’s temporary form is a hard hat. She’s quiet, talks gently, and tends to get sleepy easily. Even so, she cares about the little details.

1. Finally, a carefree and fluffy-type girl, is what I thought when I saw her! I really like girls who talk like she does. I haven’t had many opportunities to voice characters like her, so I was super happy!

2. I really like the song! It’s only a minute long, but I really want to make a full version and release it!

3. Thank you for reading! If you like the show, please be sure to spread the word! If you do, there might even be a sequel… 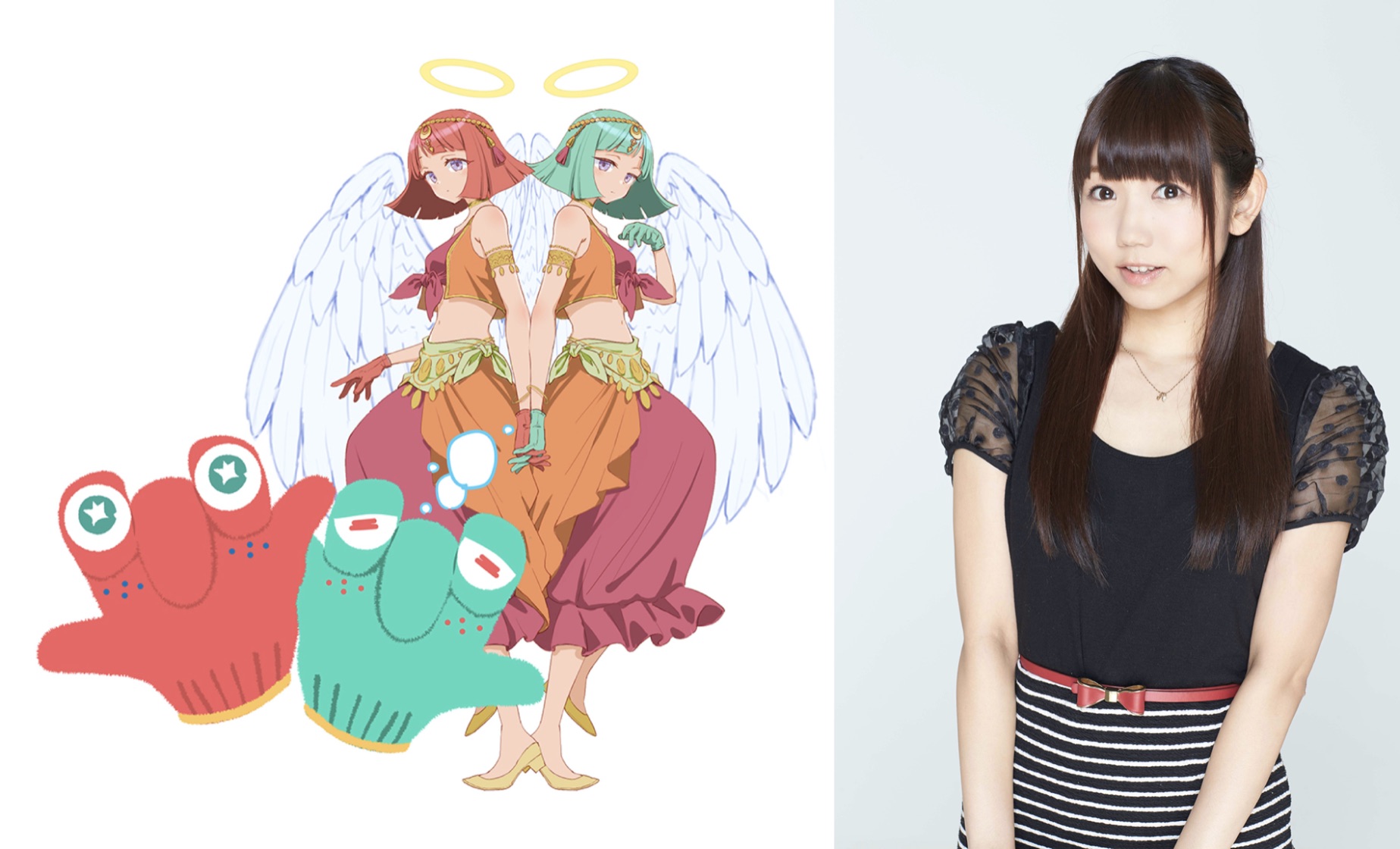 Gungun and Nonnon’s temporary forms are work gloves. They’re twin sisters but they couldn’t be more different from each other, each with their own opinions. They’re easily identifiable with their red and green appearances.

1. What a beautiful pair of twins! I couldn’t believe that I’d be voicing both of them! This is a series with laughs you can watch casually without getting worked up, and one I want to enjoy too.

2. The part in episode four when Gungun and Nonnon pull the construction worker on both sides was completely ad libbed. I imagined what kinds of things they’d both say to each other during the recording!

3. I’d be happy if you’re think of Gungun and Nonnon now whenever you see work gloves! (^^) Please enjoy the world of Genba no Megami.

Genba no Megami will air every Friday from November 20, 2020 for six episodes. For the latest information, please follow the official Twitter page below.

Next » MetaTokyo Launches First Project in the Metaverse with Genereativemasks