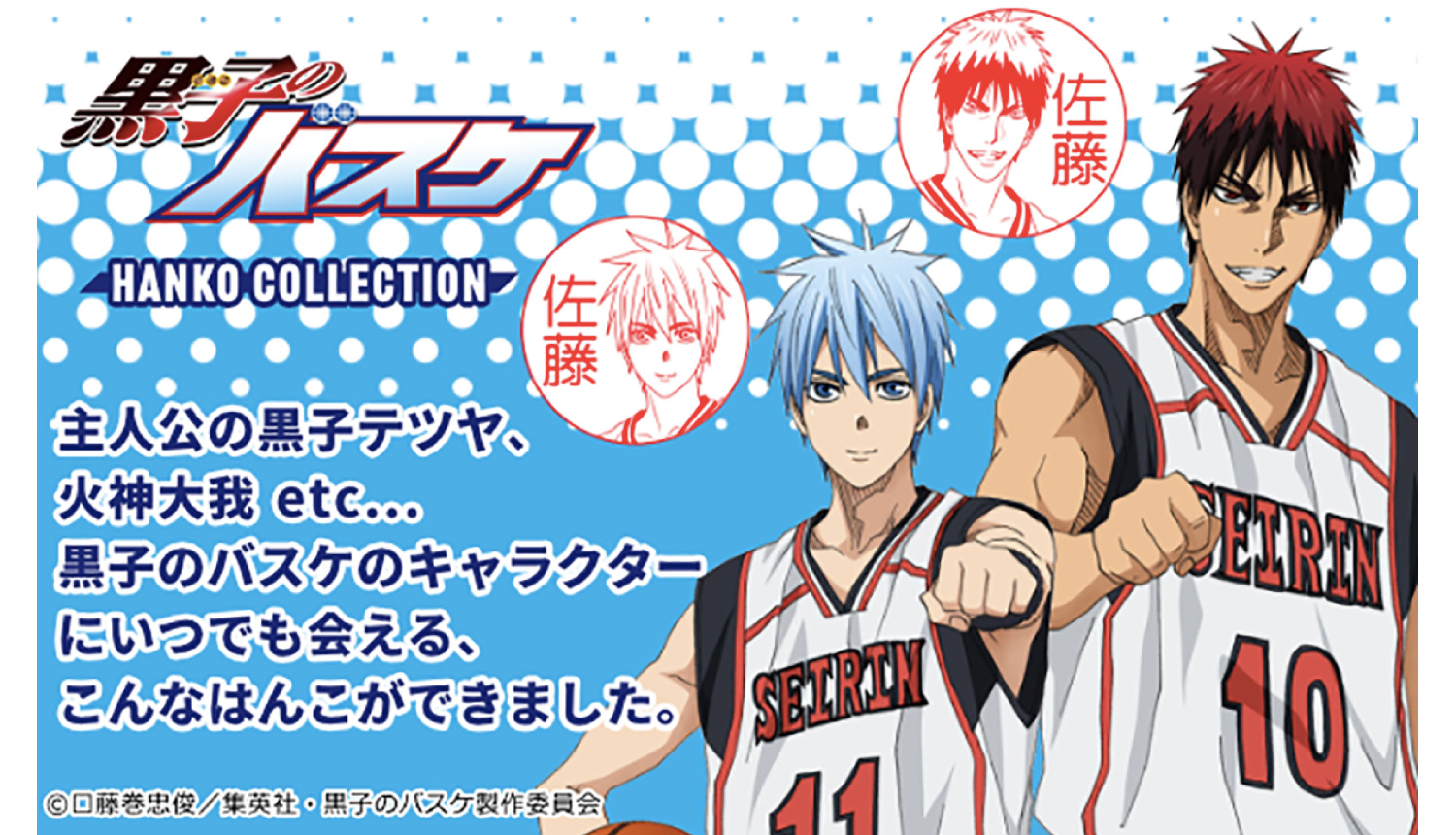 Online hanko store Hankos released a new collection based on the popular manga and anime series Kuroko’s Basketball. Hanko are a type of stamp or seal traditionally used in place of signatures in Japan. They are crafted with people’s names and unique symbols. 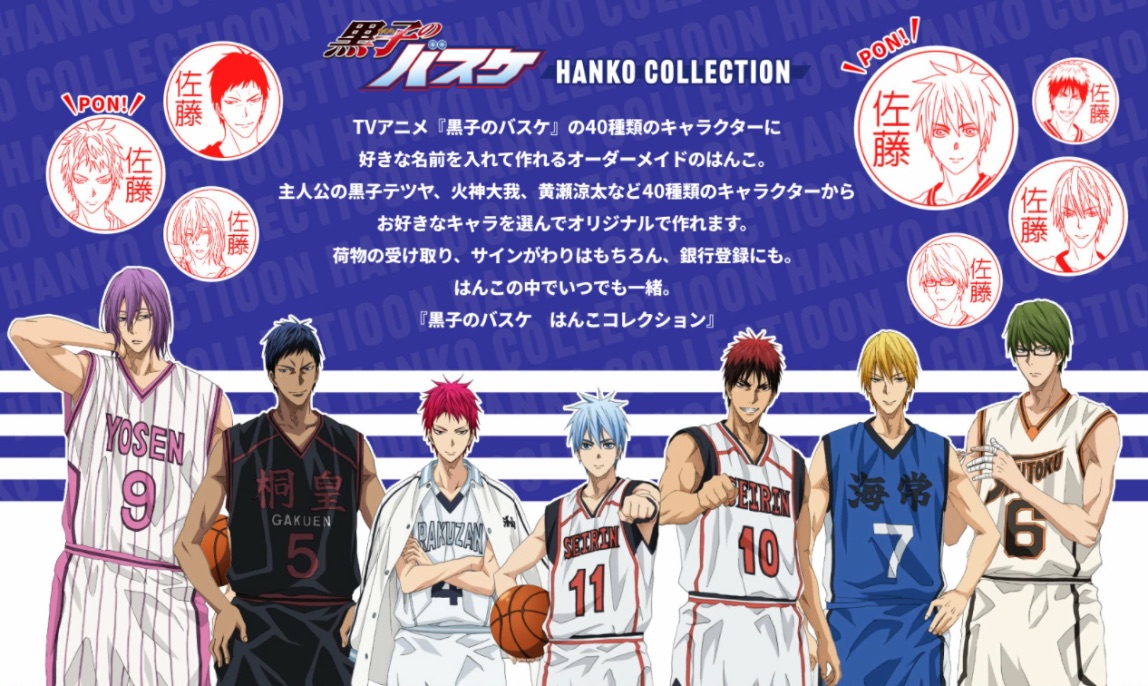 The made-to-order collection features images characters which can be coupled with names and Japanese characters of your choice. 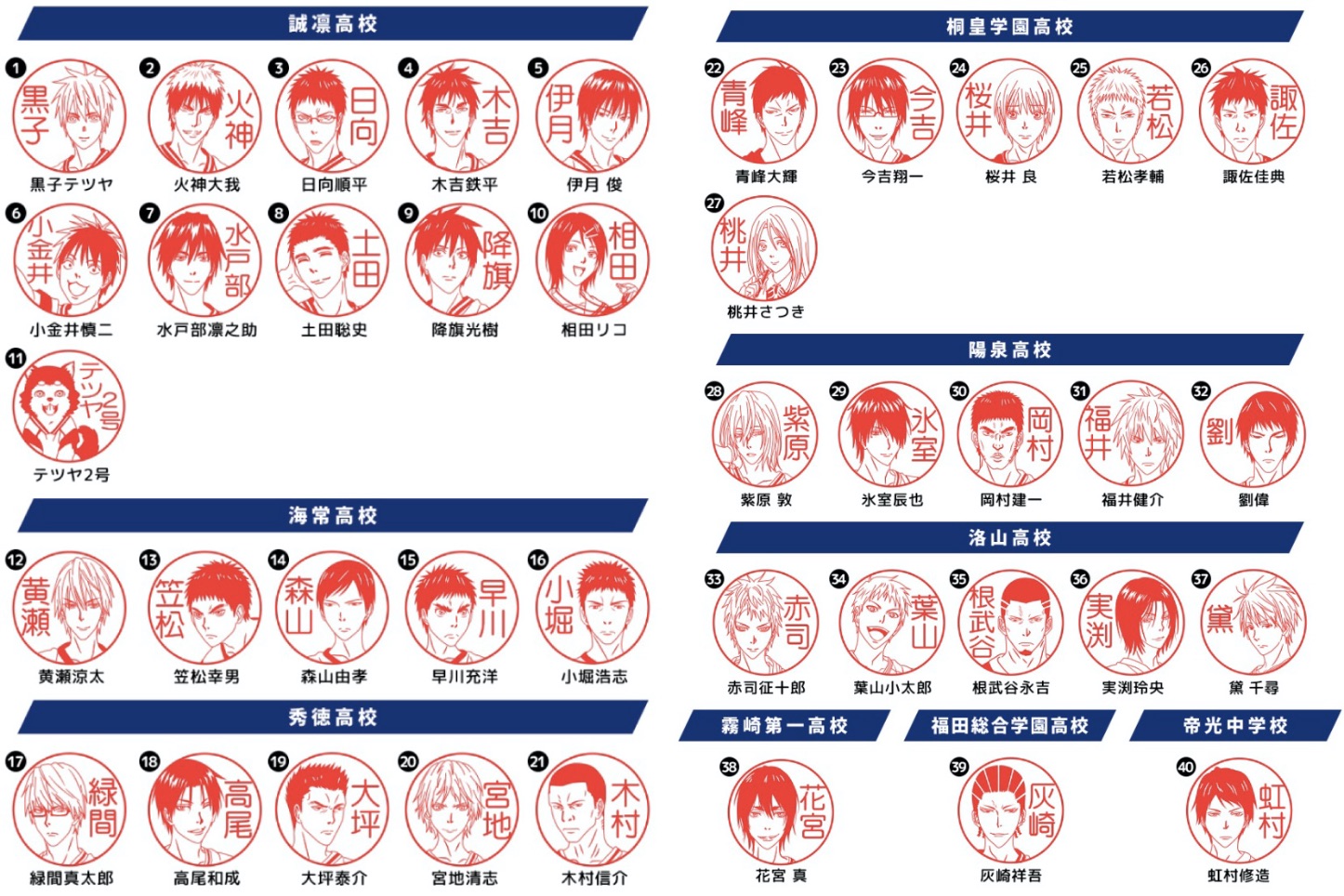 There are 40 characters to choose from, including the protagonist Tetsuya Kuroko, his classmate and friend Taiga Kagami, the all-star team Generation of Miracles, and more.

There are three fonts to choose from including just a basic Japanese font, a handwritten font, and a cute bubble font. You can choose to have your own name carved on, a nickname, handle name, or even a word in Japanese. You can have a maximum of three Kanji, five Hiragana or Katakana, or 6 romaji characters.

There are also three designs to choose from including a self-ink type, a wooden type which can be used at banks in Japan, and a black version. Each also comes in an original case with Tetsuya Kuroko, Taiga Kagami, and the five Generation of Miracles. 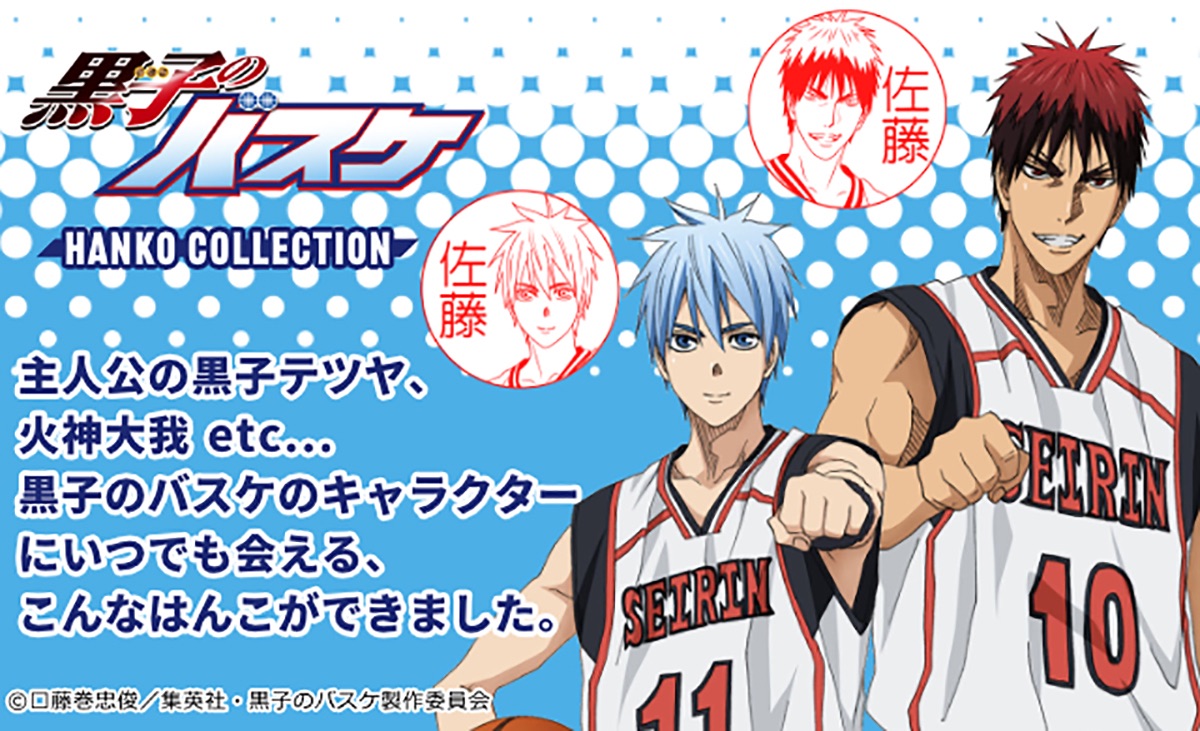 The collection is a must-grab for fans of Kuroko’s Basketball. Stamp your favourite character on your notebook, on letters, and everywhere else!