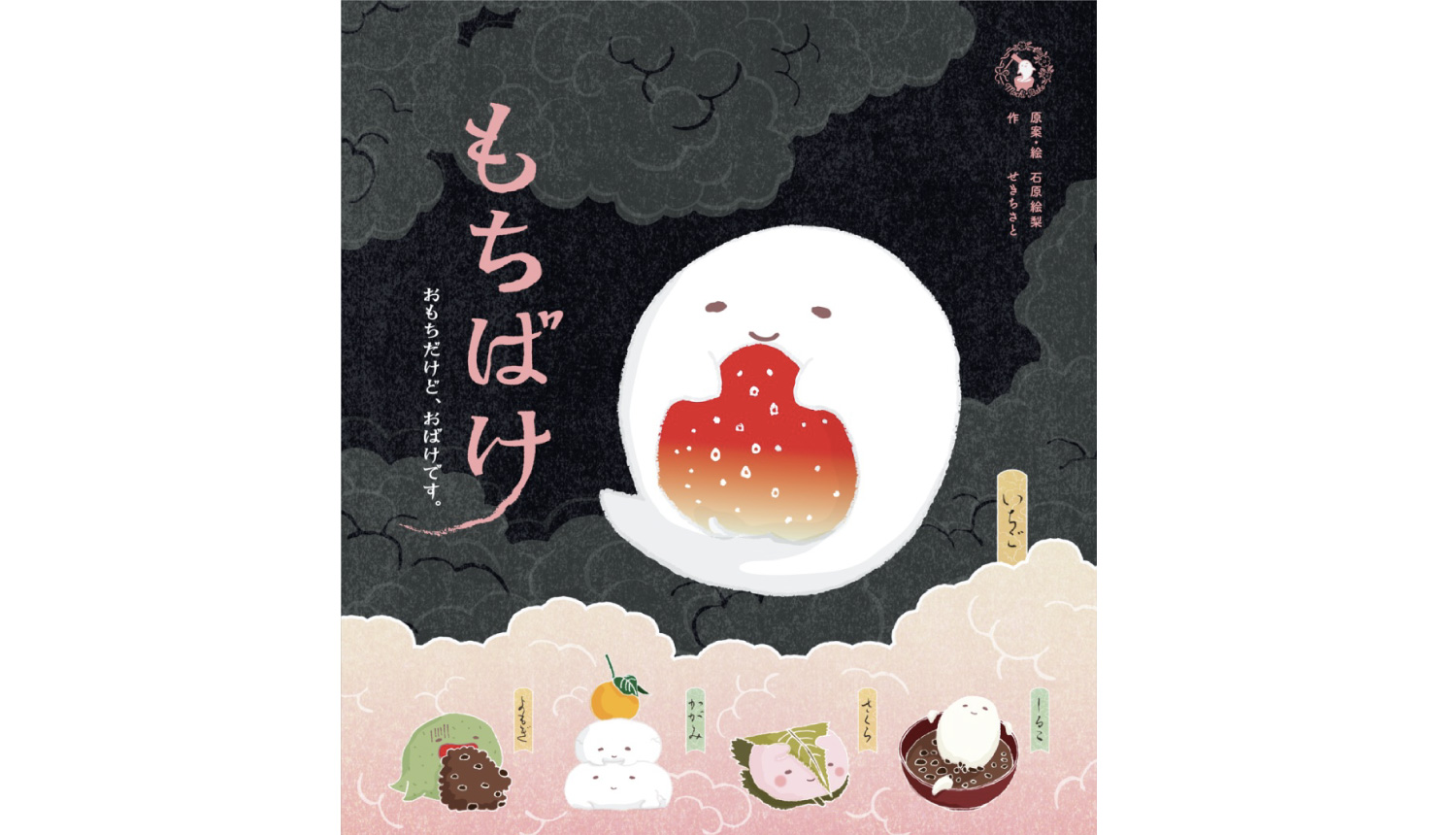 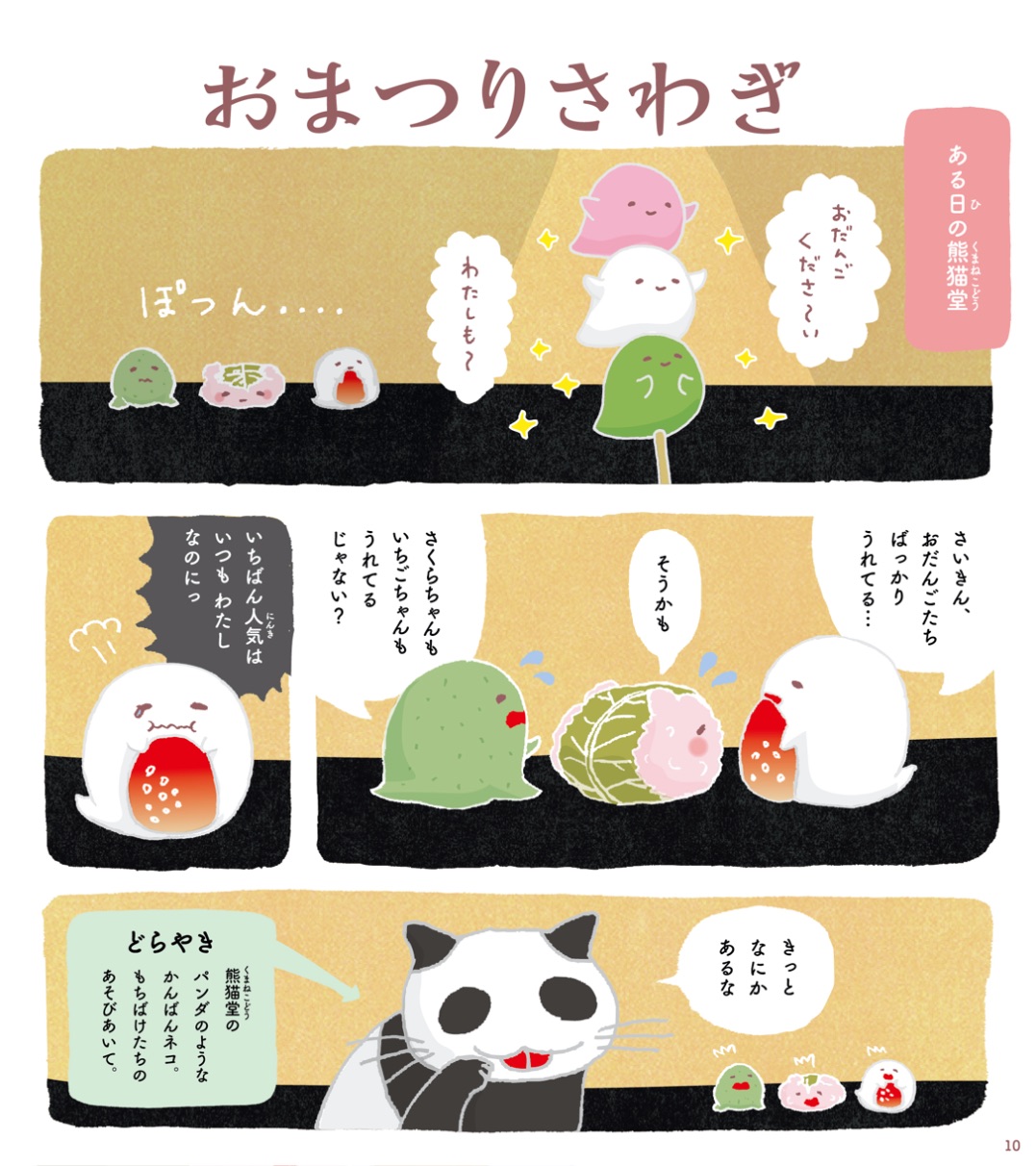 The characters have fun at a festival 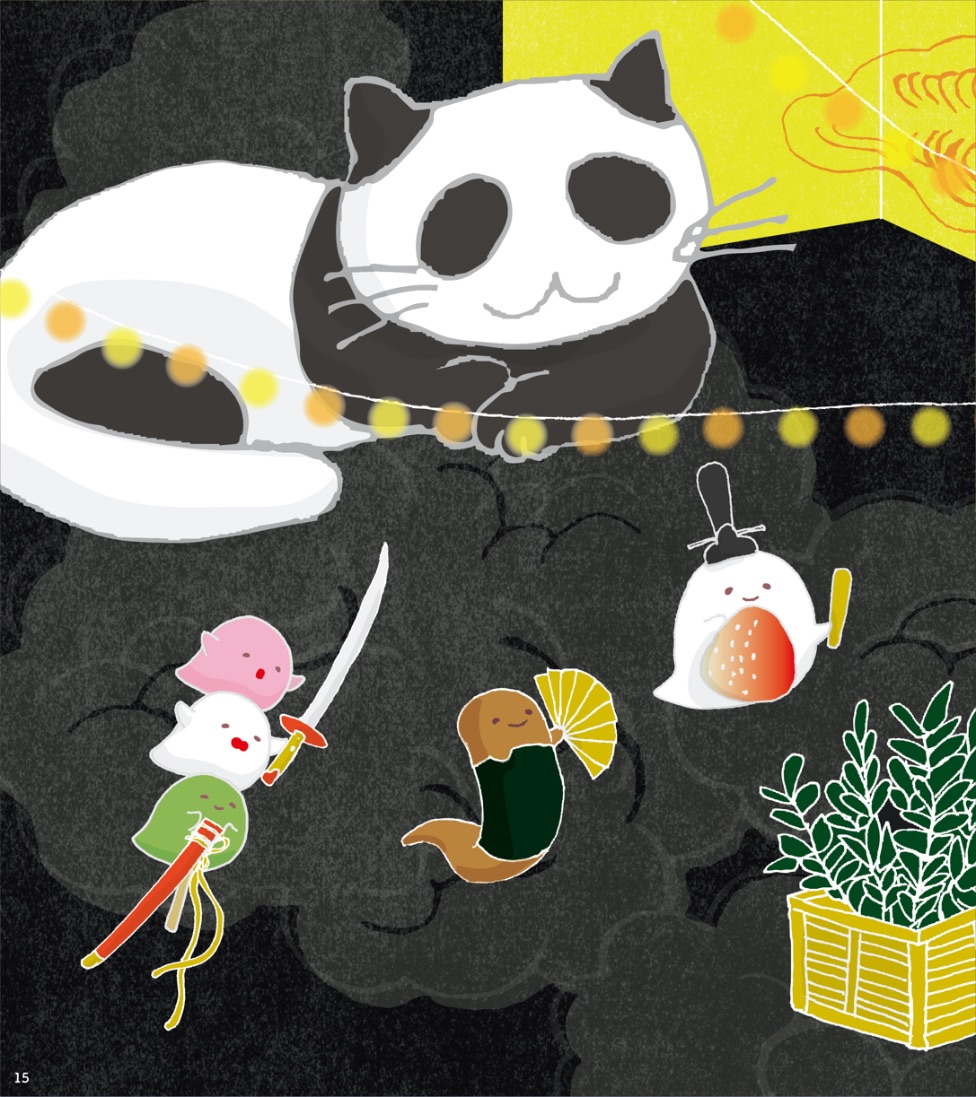 A plan to save the sweets shop 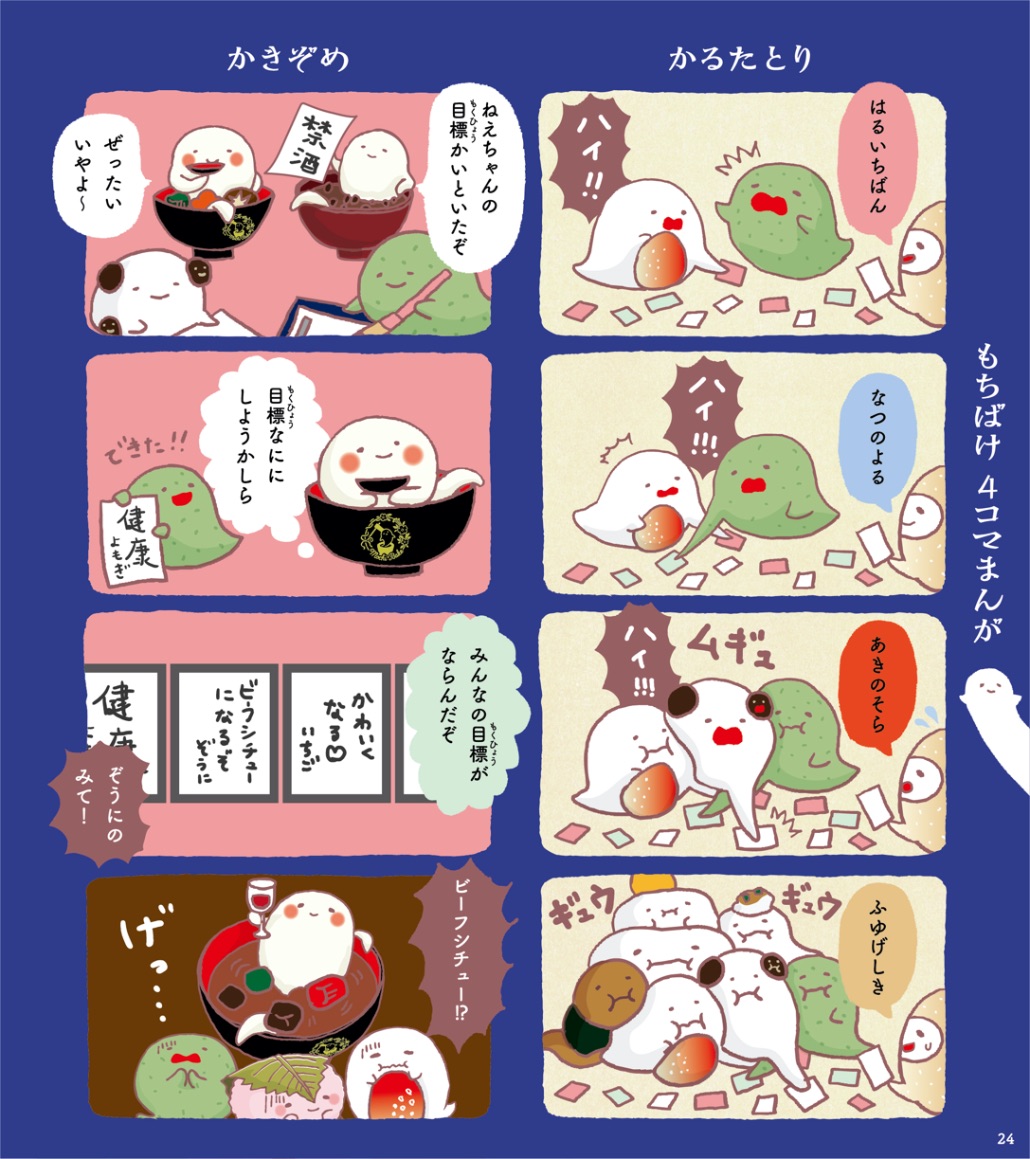 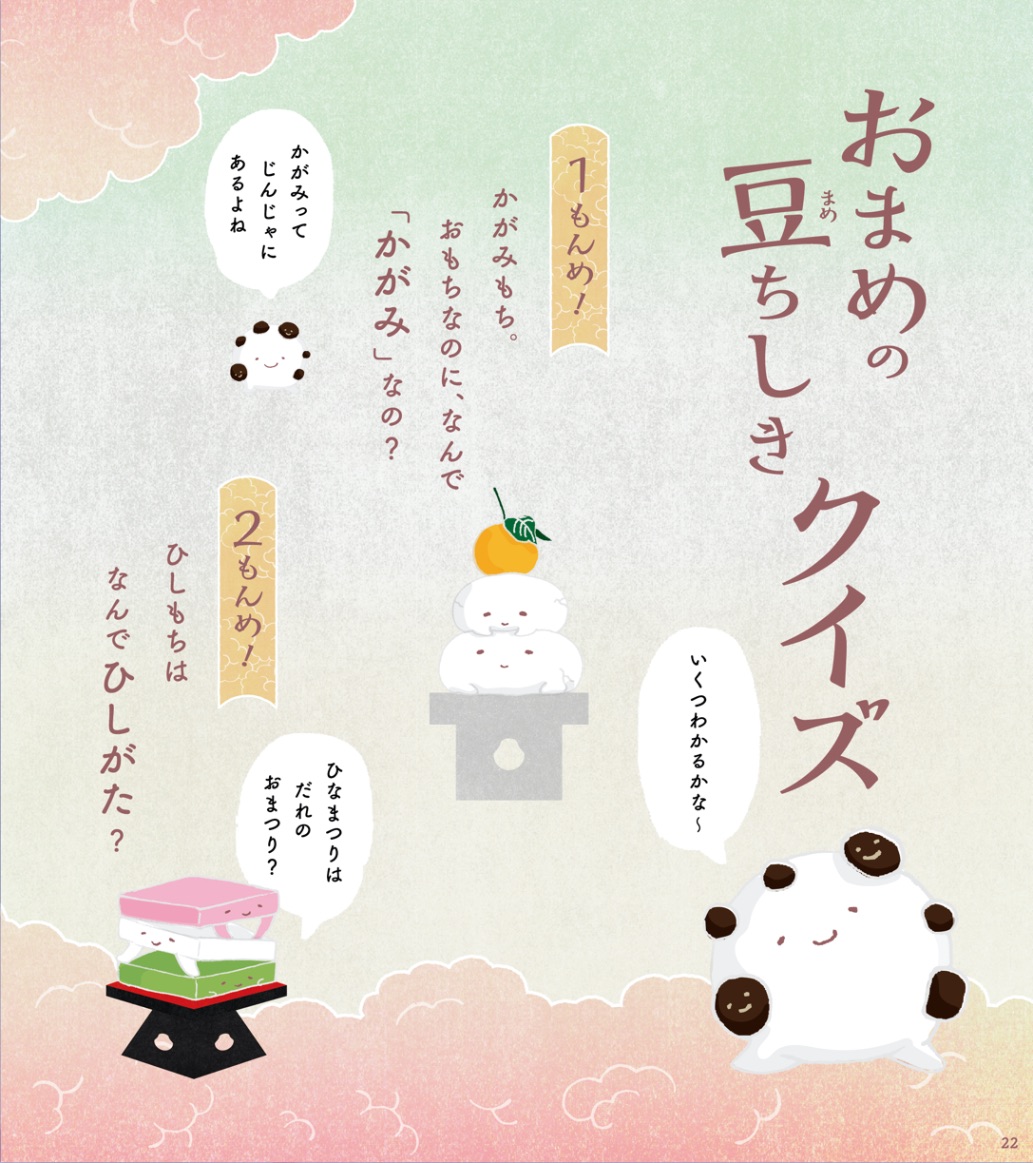 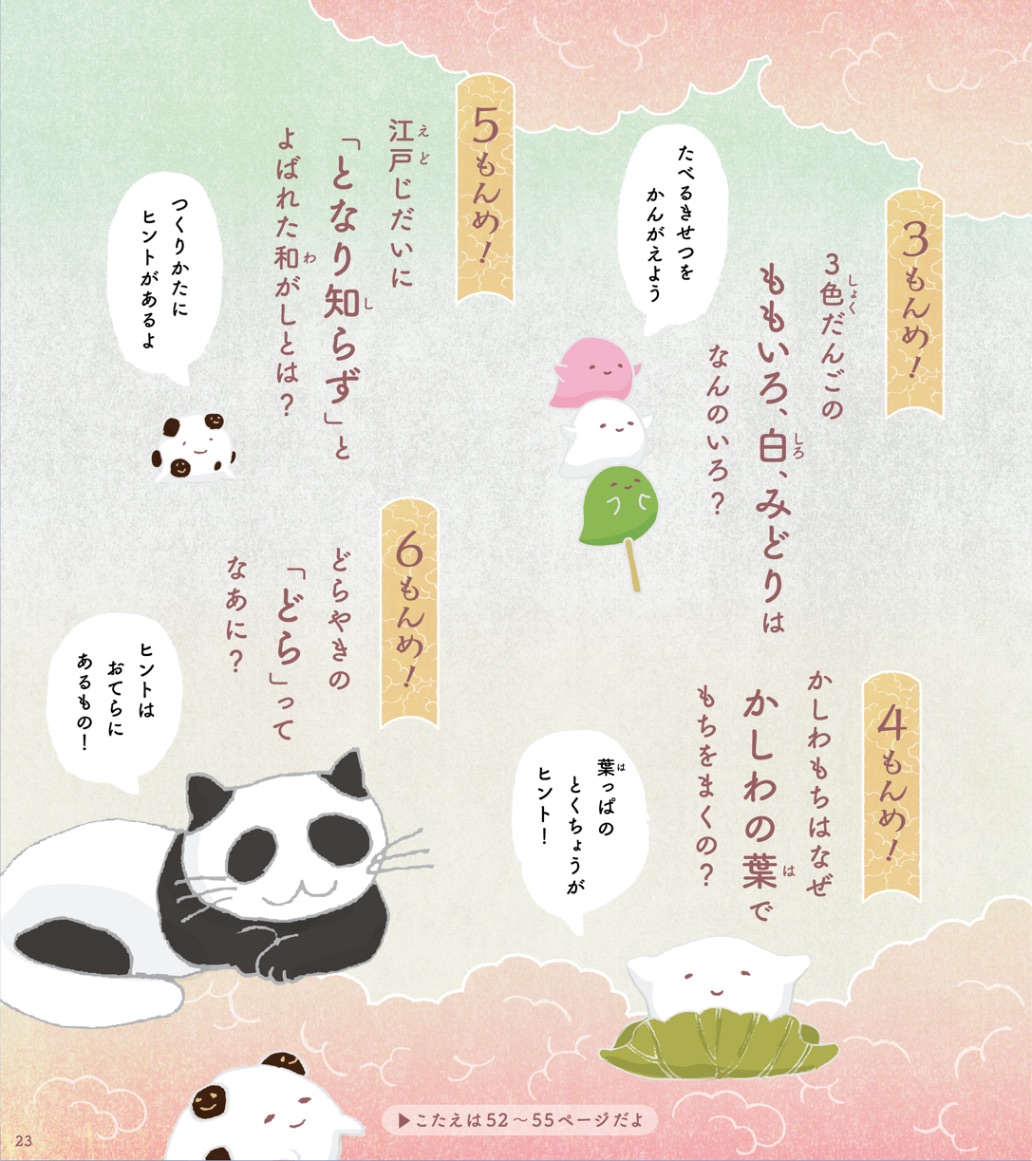 A quiz about beans by Omame

The story takes place at a traditional Japanese confectionery store called Kumanekodo (Panda Temple). One day, the mochi sweets at the shop, which are made using traditional mallets and millstones which have been passed down for generations, come to life as Japanese obake (monsters). They are all friends and have fun together every day. The freshly-made mochi wait for the customers at the shop each day.

There are five main characters in the story: the strawberry daifuku Ichigo, cherry blossom mochi Sakura, mugwort mochi Yomogi, soy flour mochi Kinako, and the bean mochi Omame. If you’re learning Japanese and love all things kawaii then this is a great book to get your hands on for your reading practice. 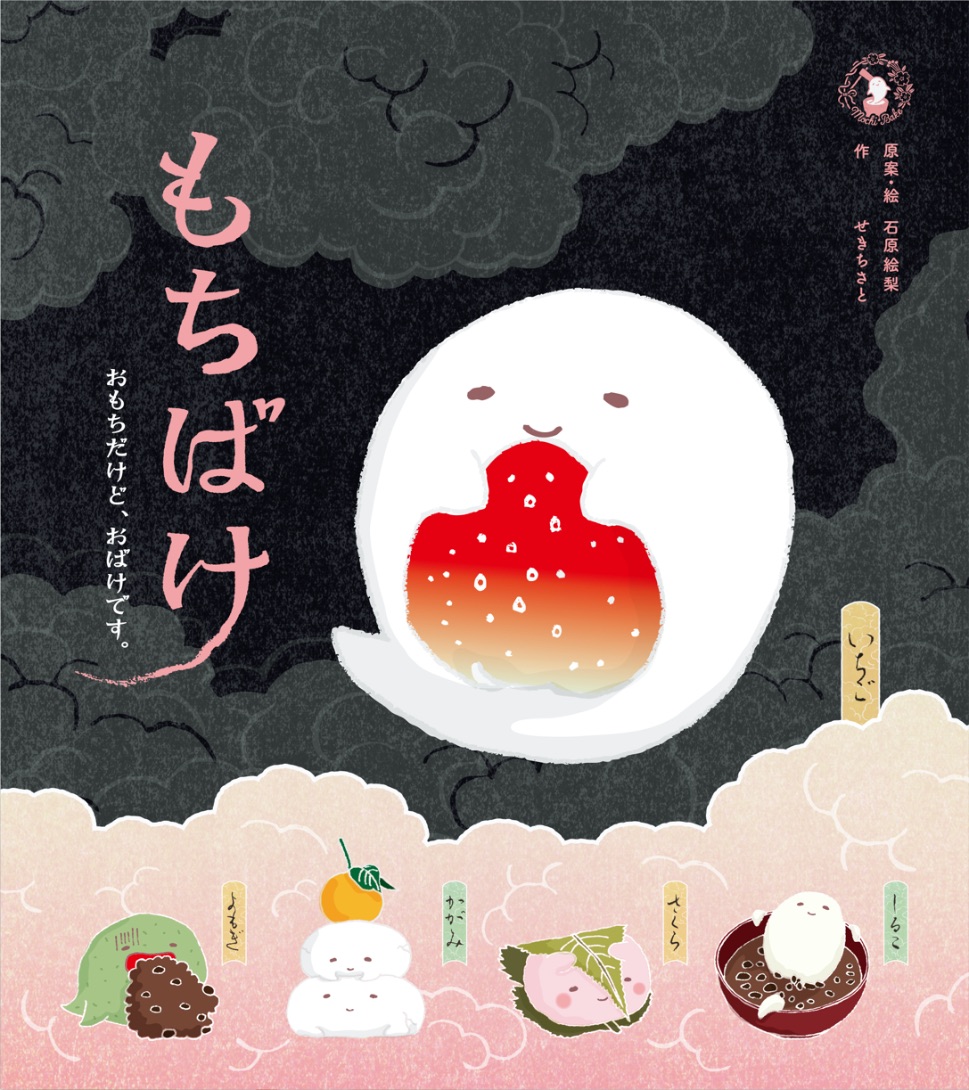