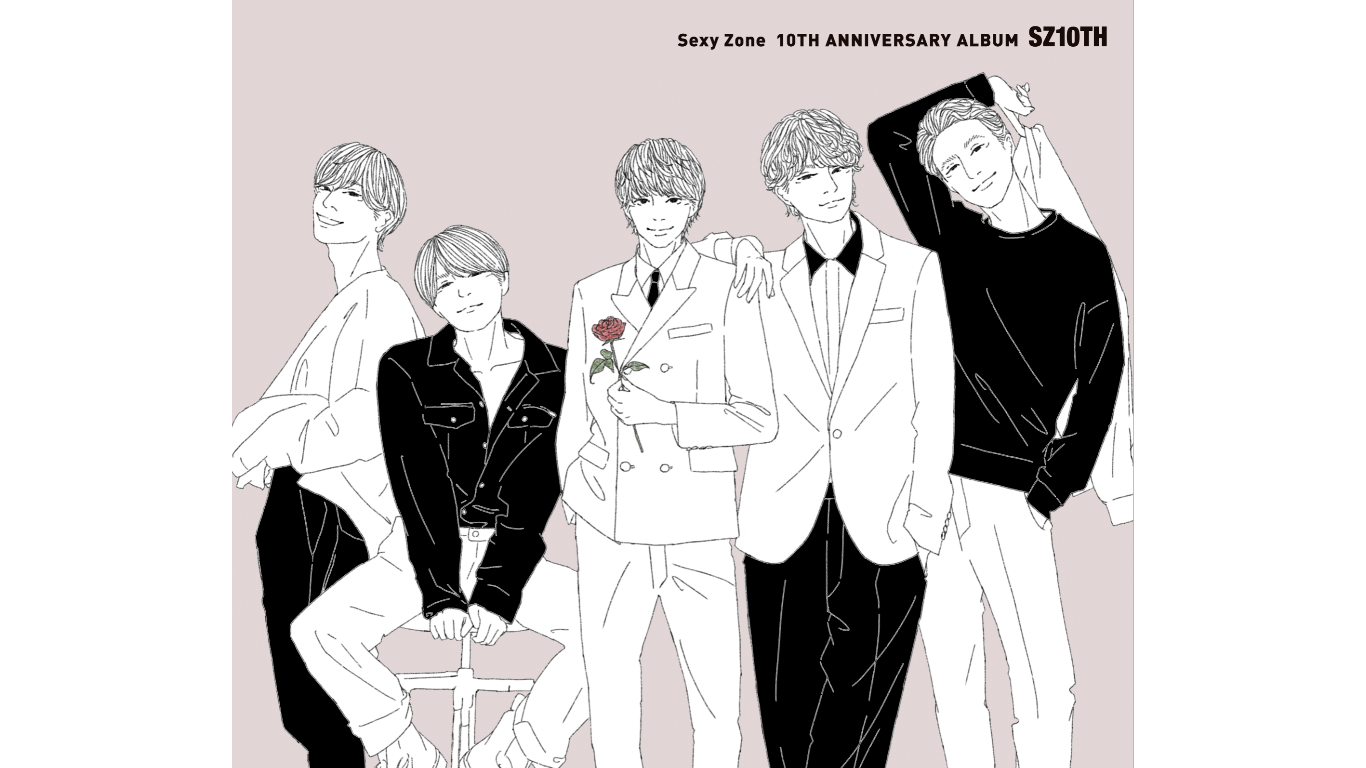 This November will mark the 10th anniversary of five-member Japanese boy band Sexy Zone. To celebrate, the band released their new anniversary album SZ10TH from Universal Music on Wednesday (March 3).

Sexy Zone’s ninth studio album to date, the 23-track record features selections taken from their discography from their 2011 debut single Sexy Zone to their latest single NOT FOUND which dropped in November last year. It also includes two new songs: RIGHT NEXT TO YOU, which is sung entirely in English and whose music video reached number one on YouTube’s trending page upon release, and Change the world, which the members wrote to express their gratitude to fans.

SZ10TH will be released in several versions. First Press Limited Edition ‘A’ copies are coupled with a Blu-ray featuring the music videos of all of the music videos for the band’s singles. ‘B’ copies include the Change the World music video which is a compilation of the band’s past live performances, as well as other special video content. Limited Pressing Edition copies include a third disc featuring 15 of Sexy Zone’s most popular tracks as voted for by fans.