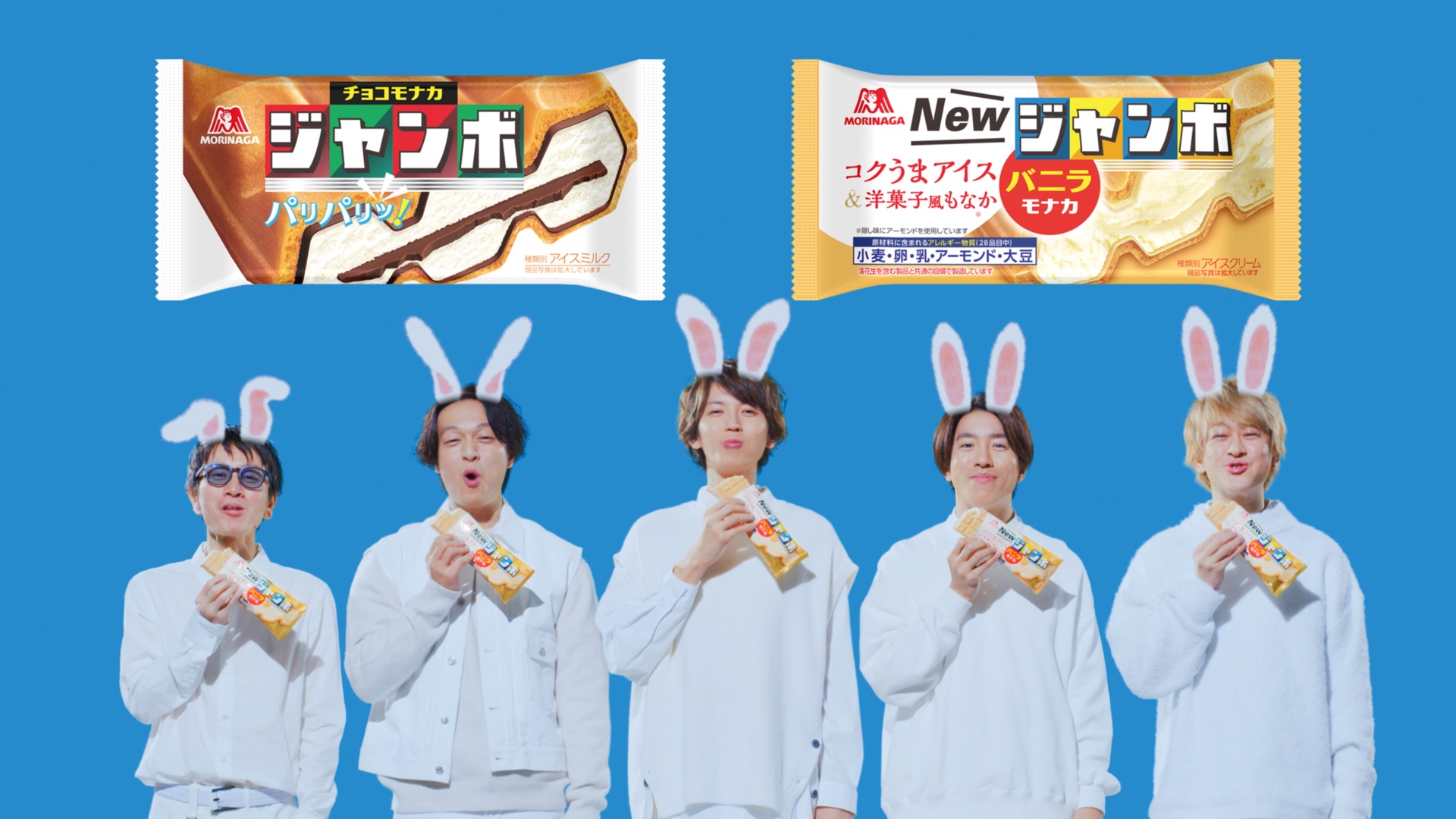 The first commercial, entitled Choco Mimi, sees the band members dressed in cute rabbit ears to promote the chocolate and vanilla flavours of Monaka Jumbo. It also features the band’s new song Sweet&Bitter which even features the lyric “vanilla.” The second commercial, entitled Ice Case, has the band members spoilt for choice on which flavour to go for, but ends up with them saying, “Why not both?”