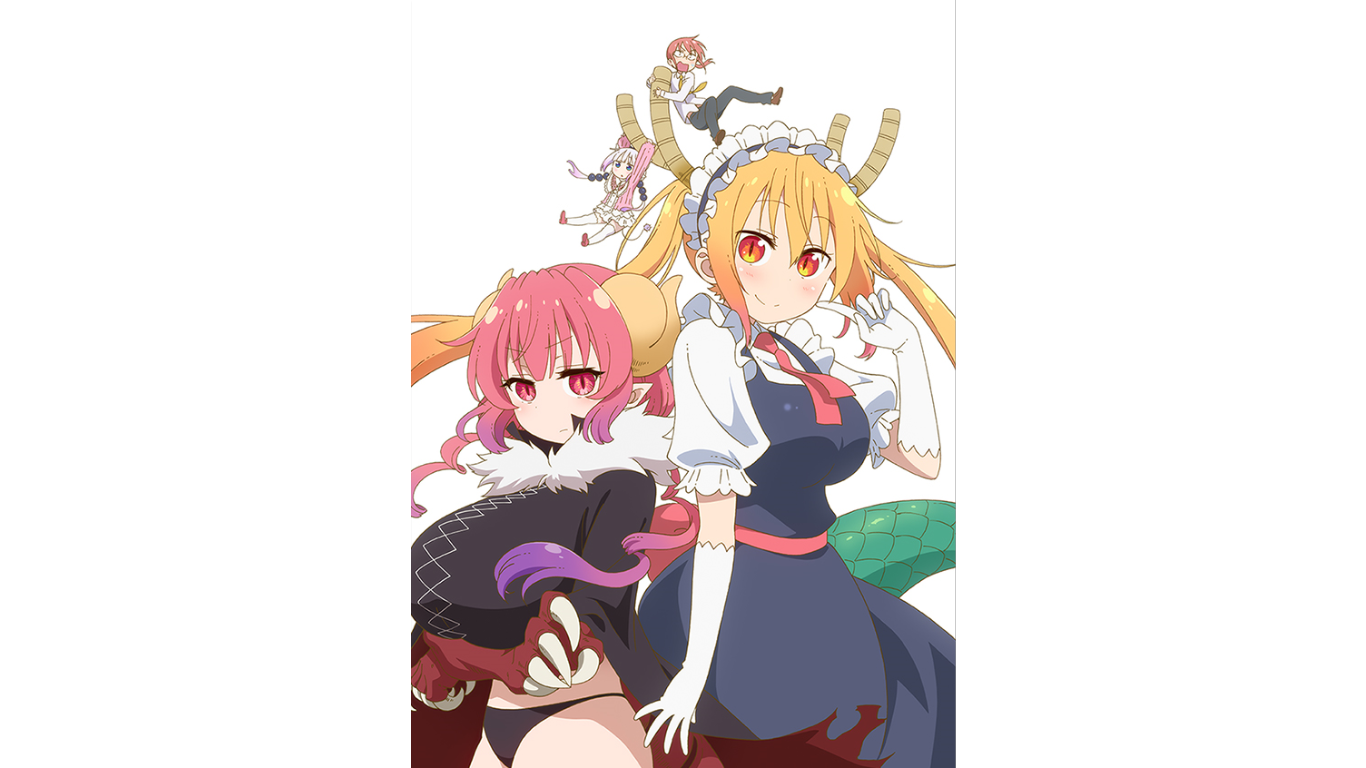 In the lead up to the sequel’s release, Kyoto Animation has announced that it will begin releasing anime shorts entitled Mini Dragon every Wednesday over on their official YouTube channel starting on April 7.

The opening theme for Miss Kobayashi’s Dragon Maid S is entitled Ai no Supreme which is being performed by fhána who also sang the first season’s opening song Aozora no Rhapsody. The ending theme, Made With Dragons, is being performed by Super Chorogons—a group comprised five dragons who appear in the series: Tohru, Kanna, Elma, Quetzalcoatl, and Ilulu.

Miss Kobayashi’s Dragon Maid will be released on Blu-ray in Japan on April 21, 2021. It will include a digipak and memorial case designed by series character designer Miku Kadowaki. The disc features the 13 episodes from the first season as well as an extra 14th episode.

Check out the official subbed trailer for the second season below.

*Will also stream on Crunchyroll

The wacky Dragon Maid is back again!

A strange turn of events leads the Dragon, Tohru, to work as Miss Kobayashi’s maid.

She occasionally (that’s a lie, she often) causes trouble for her beloved Miss Kobayashi while blending into human society and splendidly (that’s a lie, only mediocrely) carrying out her maid duties.

Her fellow dragons, Kanna, Lucoa, Fafnir, and Elma all find their own places to fit in as well and enjoy interspecies interactions with the humans.

Yet while they’re all enjoying that laid-back and occasionally turbulent left, the threat of a new Dragon swoops down upon Miss Kobayashi.