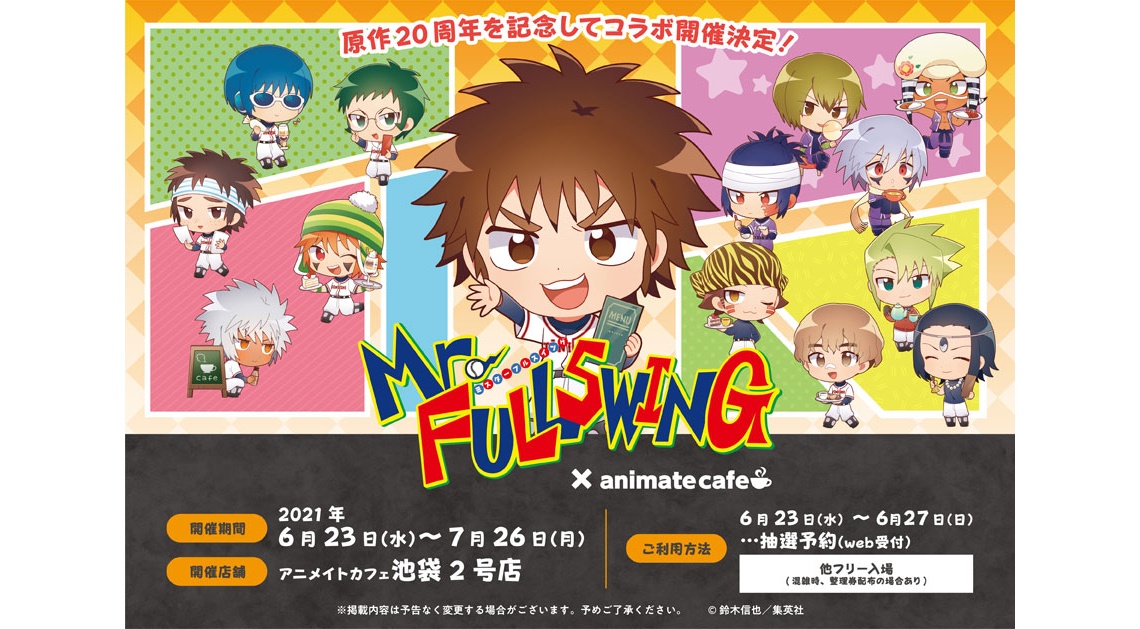 In celebration of Mr. Fullswing‘s 20th anniversary, Animate are collaborating with the manga series to serve up a themed menu at their own Animate Cafe in Ikebukuro from June 23 to July 26. The entire menu including the meals, drinks, and desserts are all inspired by the series, and fans can get their hands on some exclusive merchandise too.

Mr. Fullswing is a baseball manga series written and illustrated by Shinya Suzuki which was serialised in Weekly Shonen Jump from 2001 to 2006. This year marks 20 years since it was first released.

Menu item names have been translated from Japanese.

A peek at the manga-themed menu 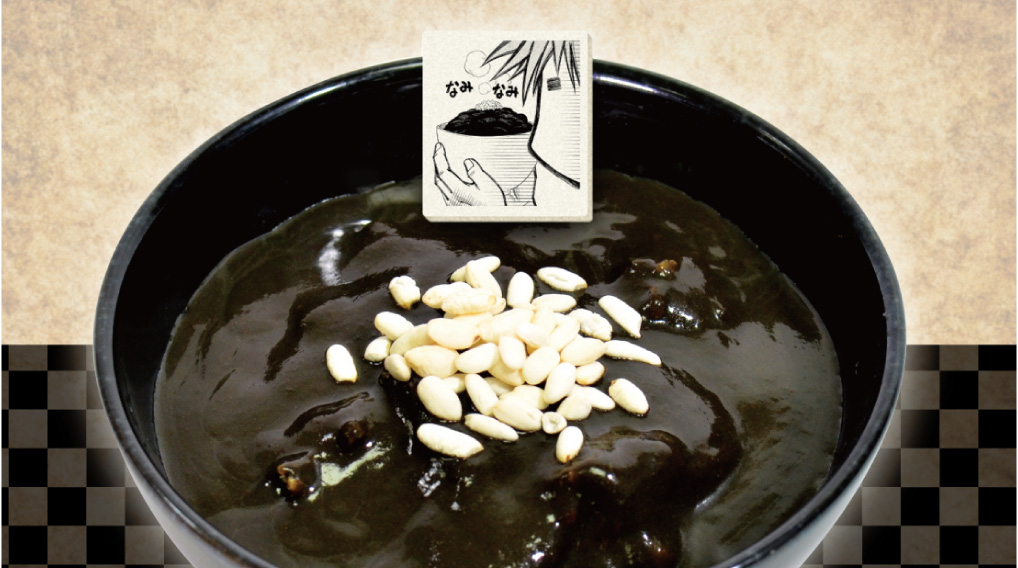 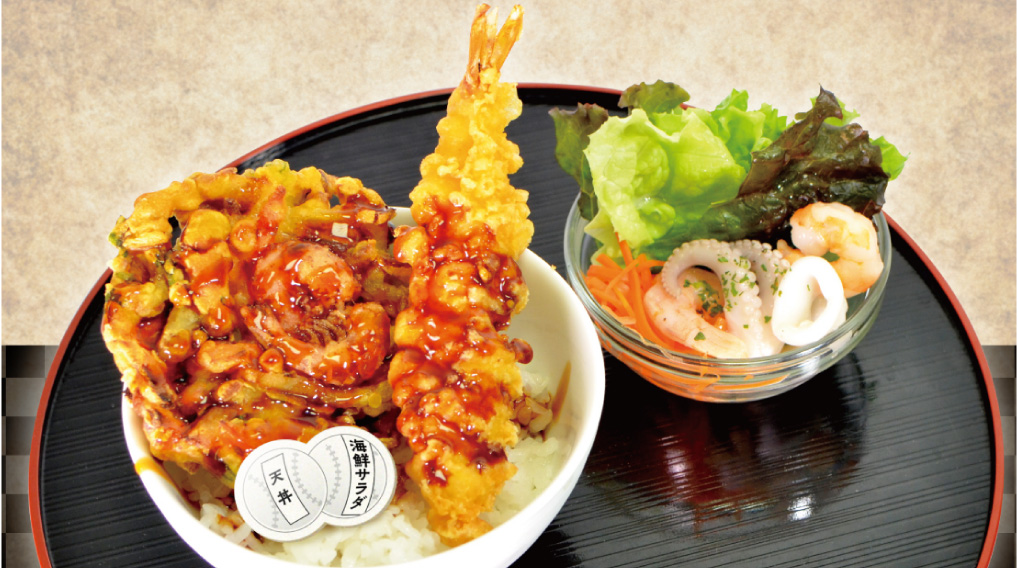 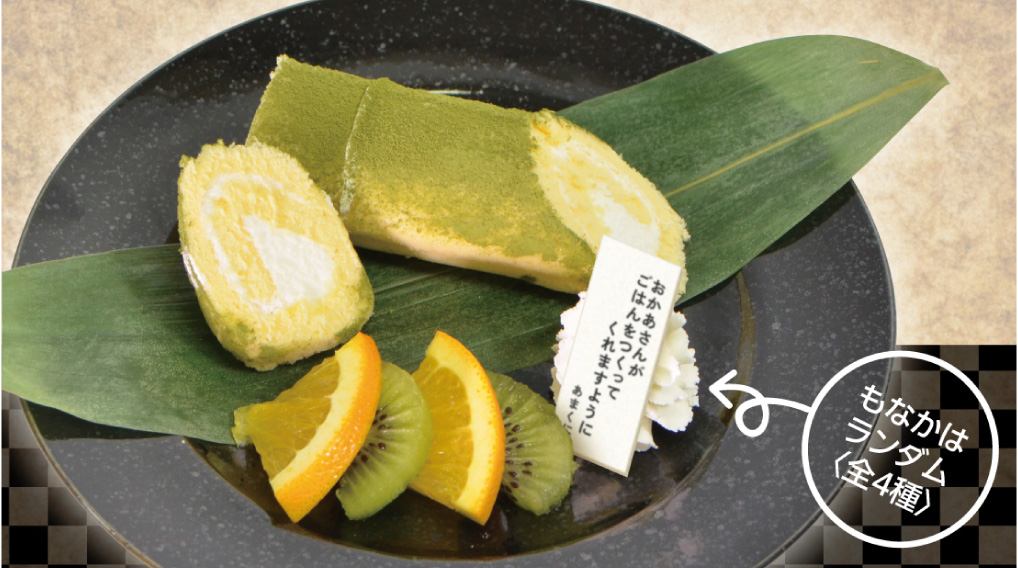 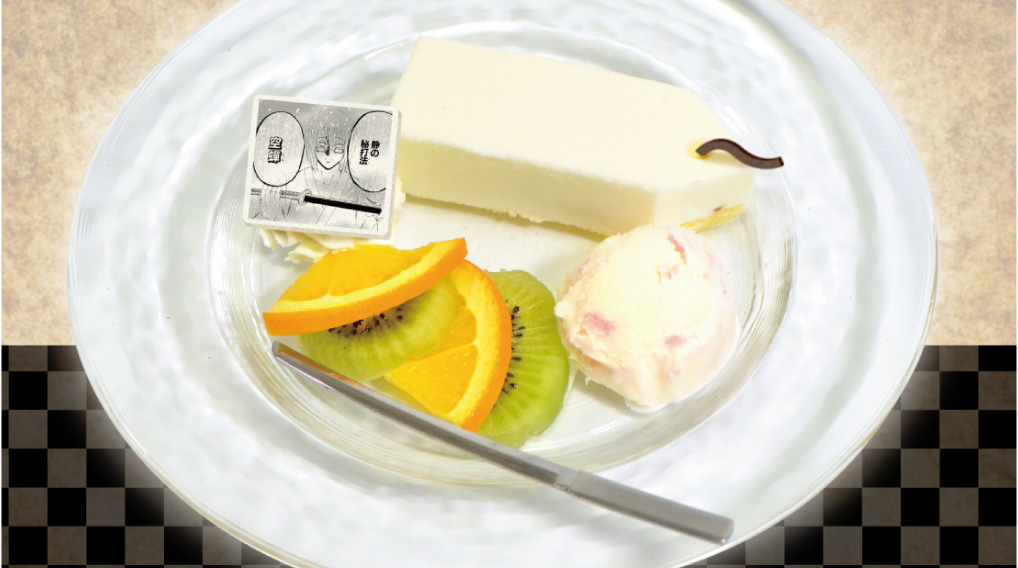 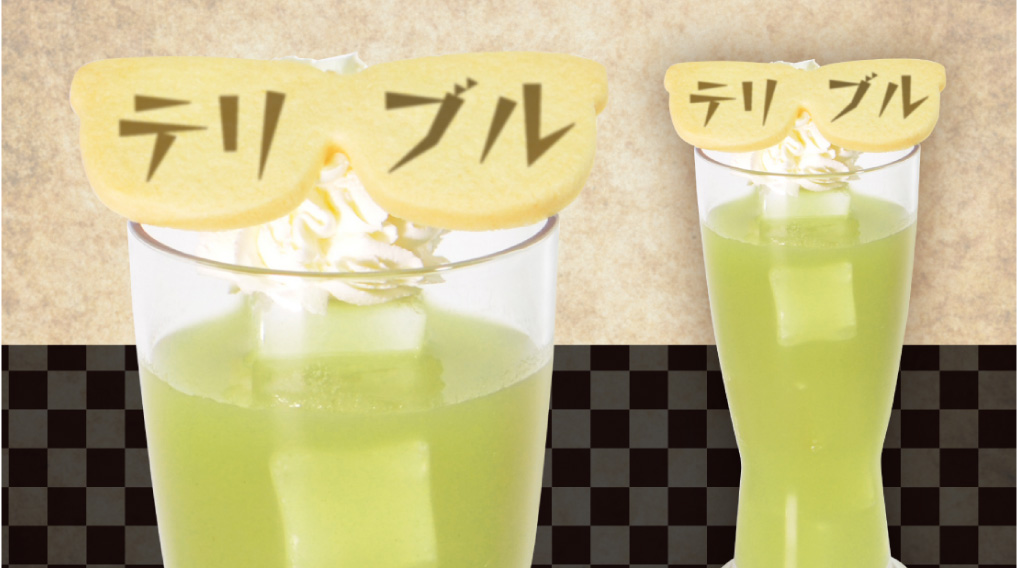 A peek at the merch 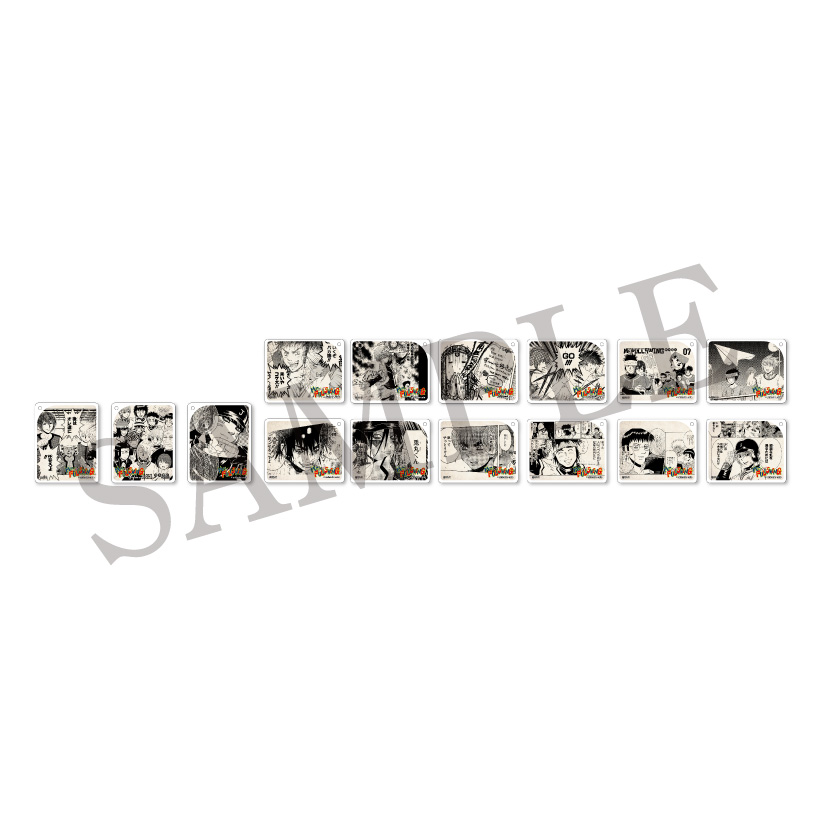 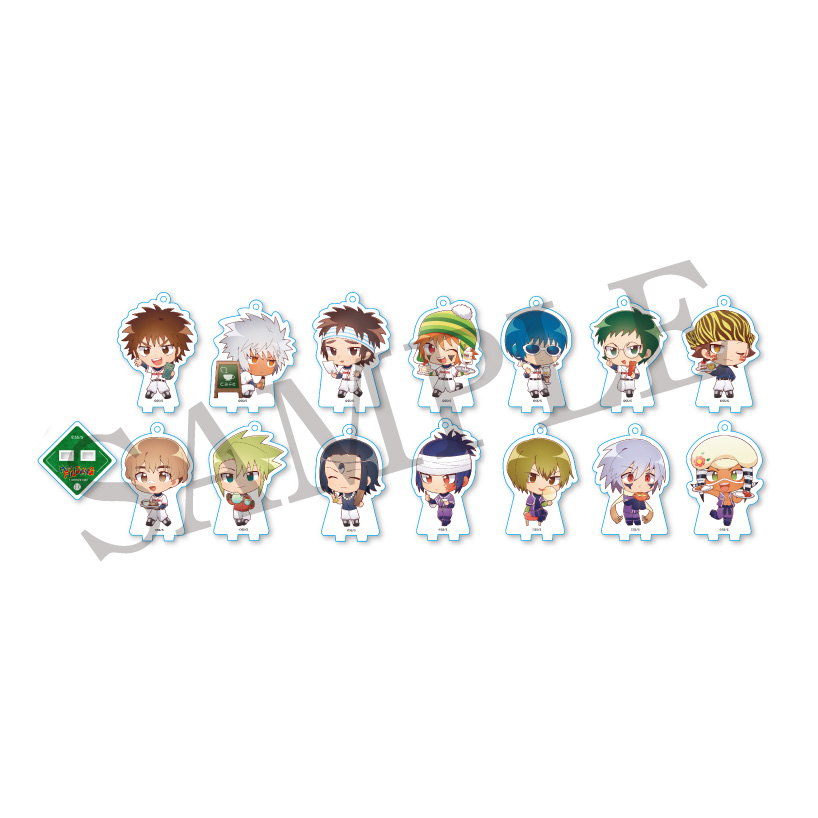 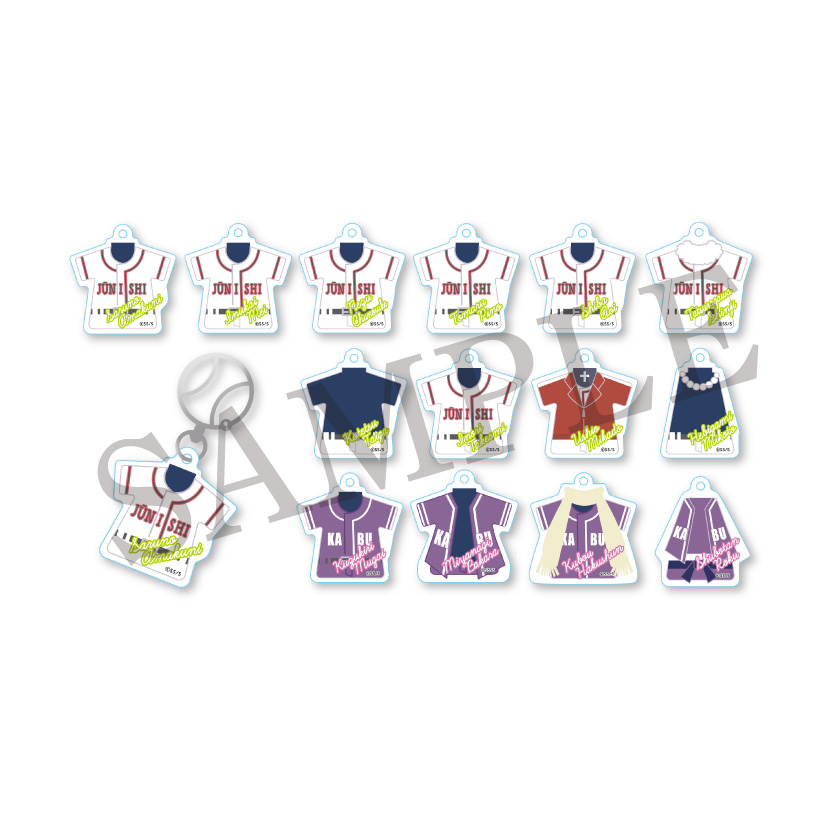 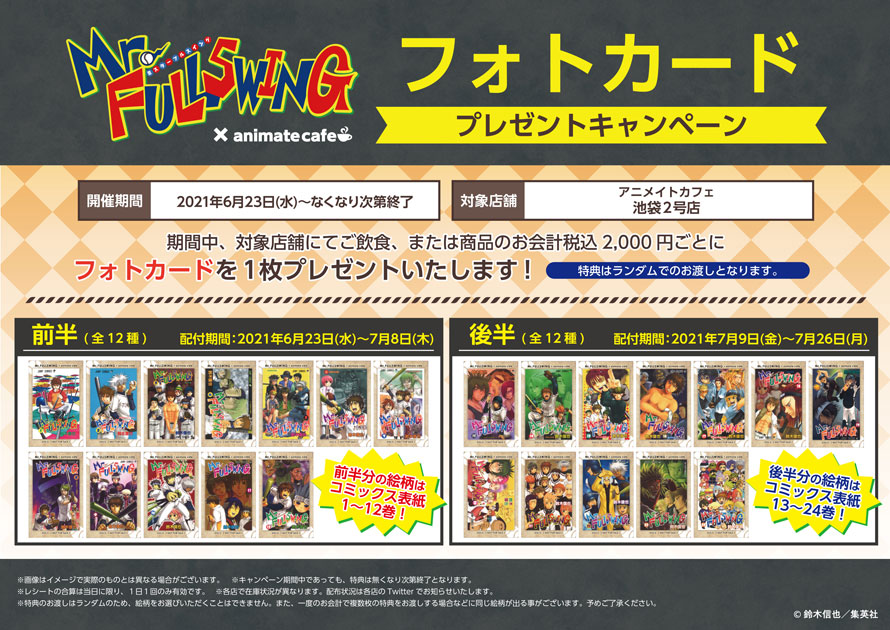 24 photo cards based on the manga volume front covers 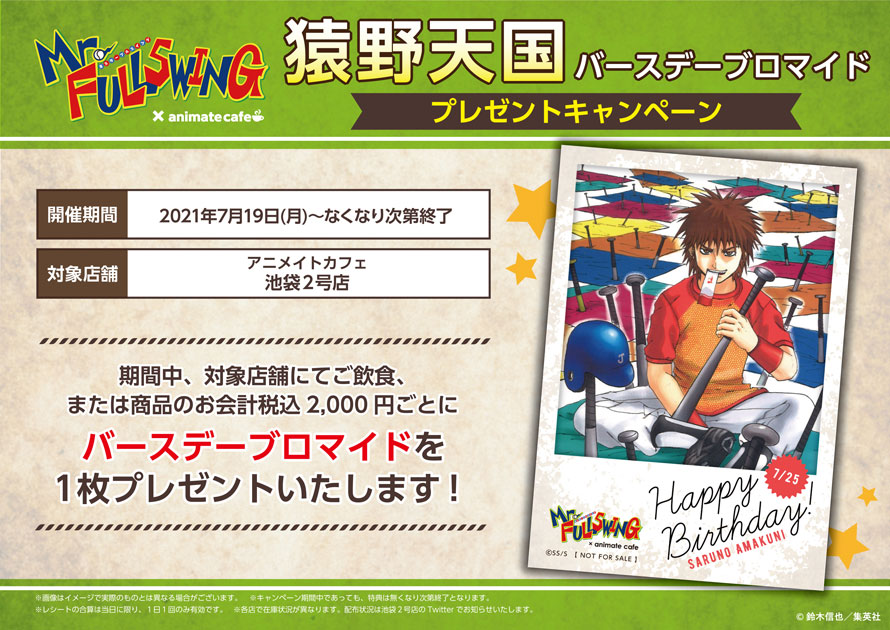