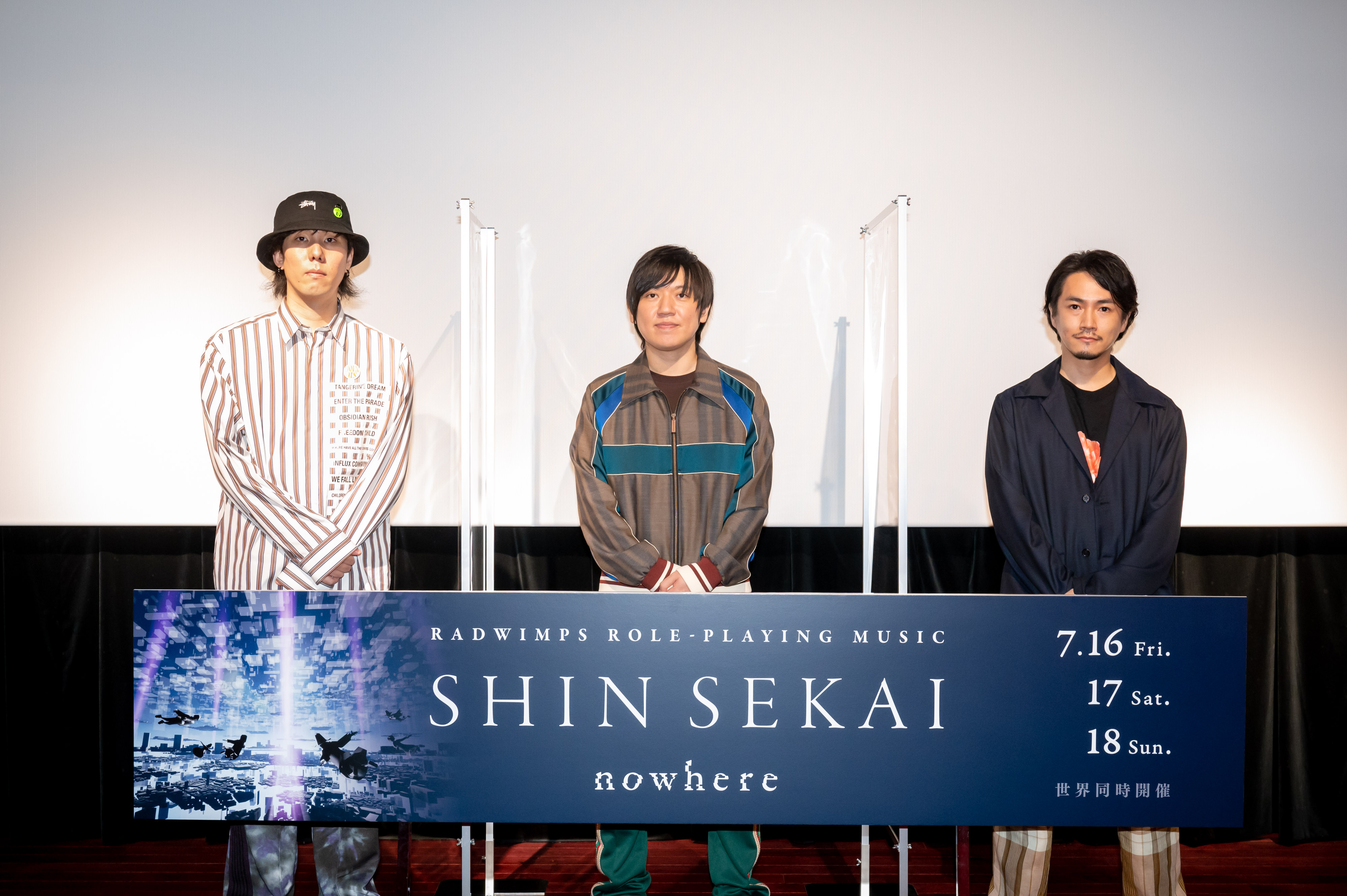 RADWIMPS are set to hold three virtual concerts titled SHIN SEKAI “nowhere” which will be streamed worldwide from July 16-18. The shows will be a unique musical experience that the band and fans will create and share in the virtual space of VARP. In promotion of the concert series, the band released a new 30-second clip and visual. They also held a pre-showing of the concert to the press.

Members of the press were granted exclusive access to experiencing the show early at the WHITE CINE QUINTO film theatre inside Shibuya PARCO in Tokyo on July 12. The concert title appeared on the screen, and at the same time, the audience used their smartphones to enter the virtual space as an avatar where they experienced an interactive concert. A talk session was also held with RADWIMPS members Yojiro Noda, Akira Kuwahara, and Yusuke Takeda, as well as Yohei Kajiwara of PARTY, Kairi Manabe, and last but not least Kentarō Ochiai who was the MC for the show. They discussed creating SHIN SEKAI as well as the future of entertainment and music experiences. 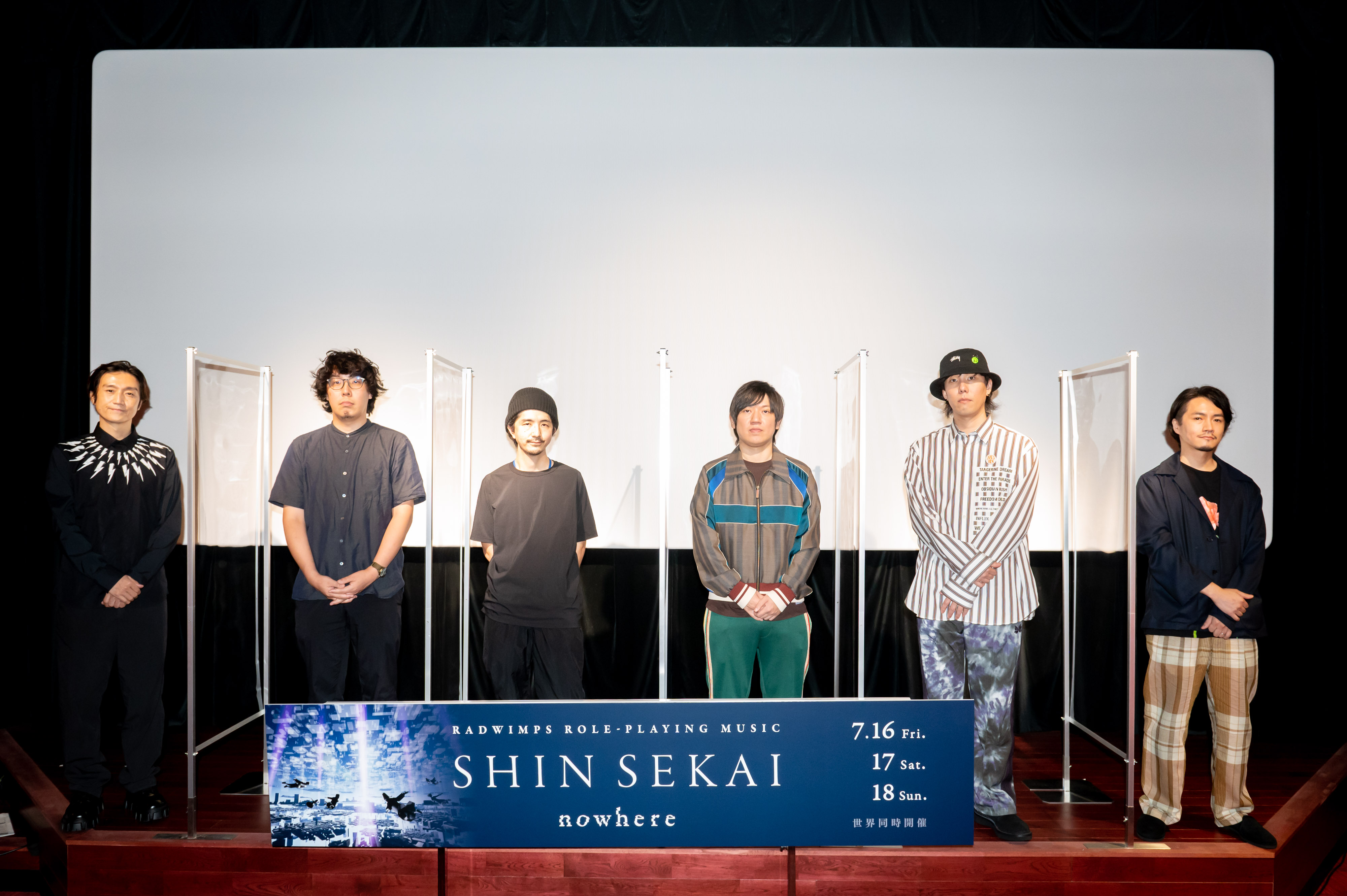 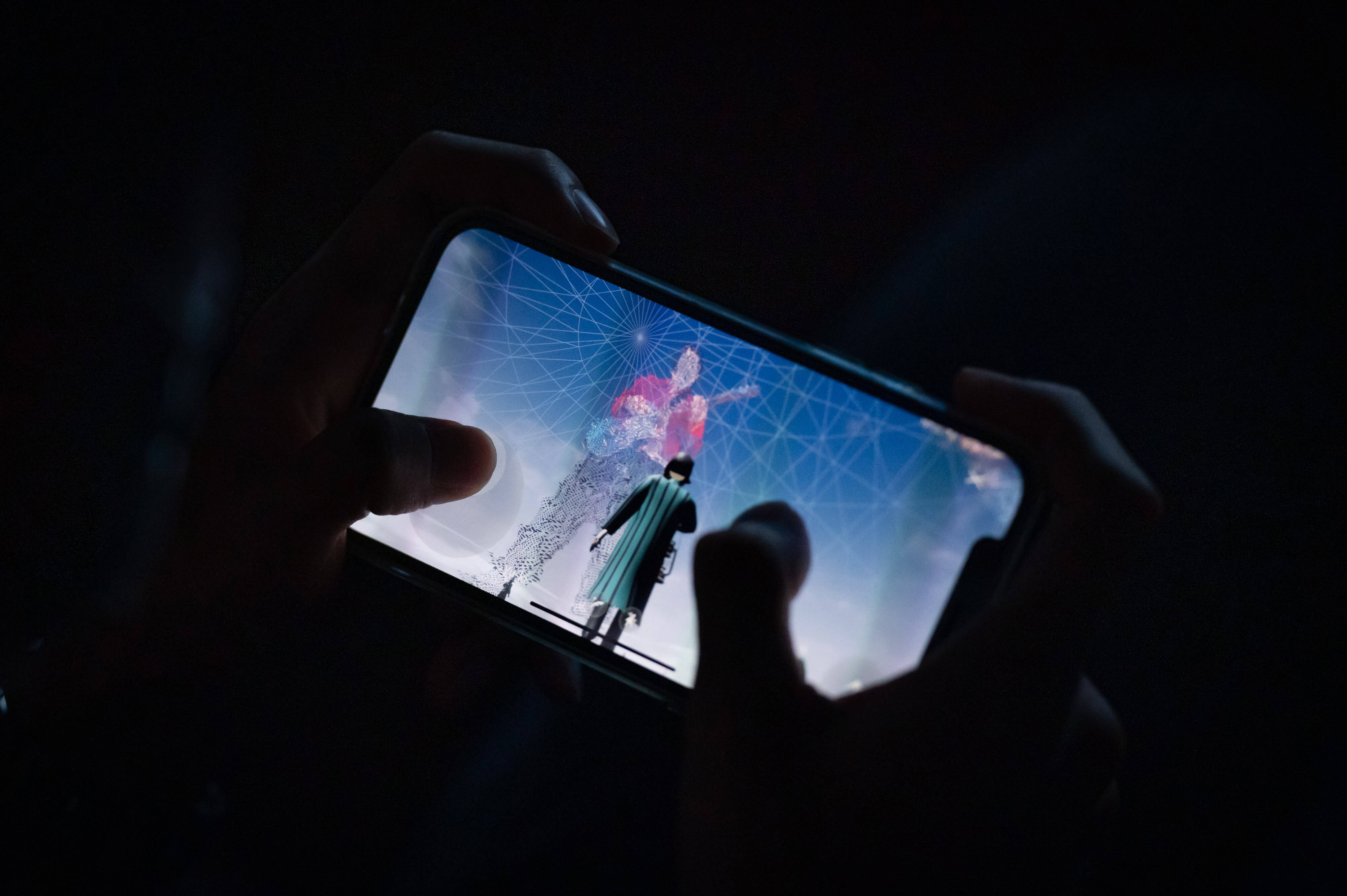 Speaking about how the project came about, Noda said, “Last year, we said farewell so a lot of shows on the tour. It was a bottomless pit of sadness. It was at the time when we were wondering what we could do so that our music wasn’t eradicated that we met PARTY. We felt we could do something new, and decided on trying out this virtual concert.” 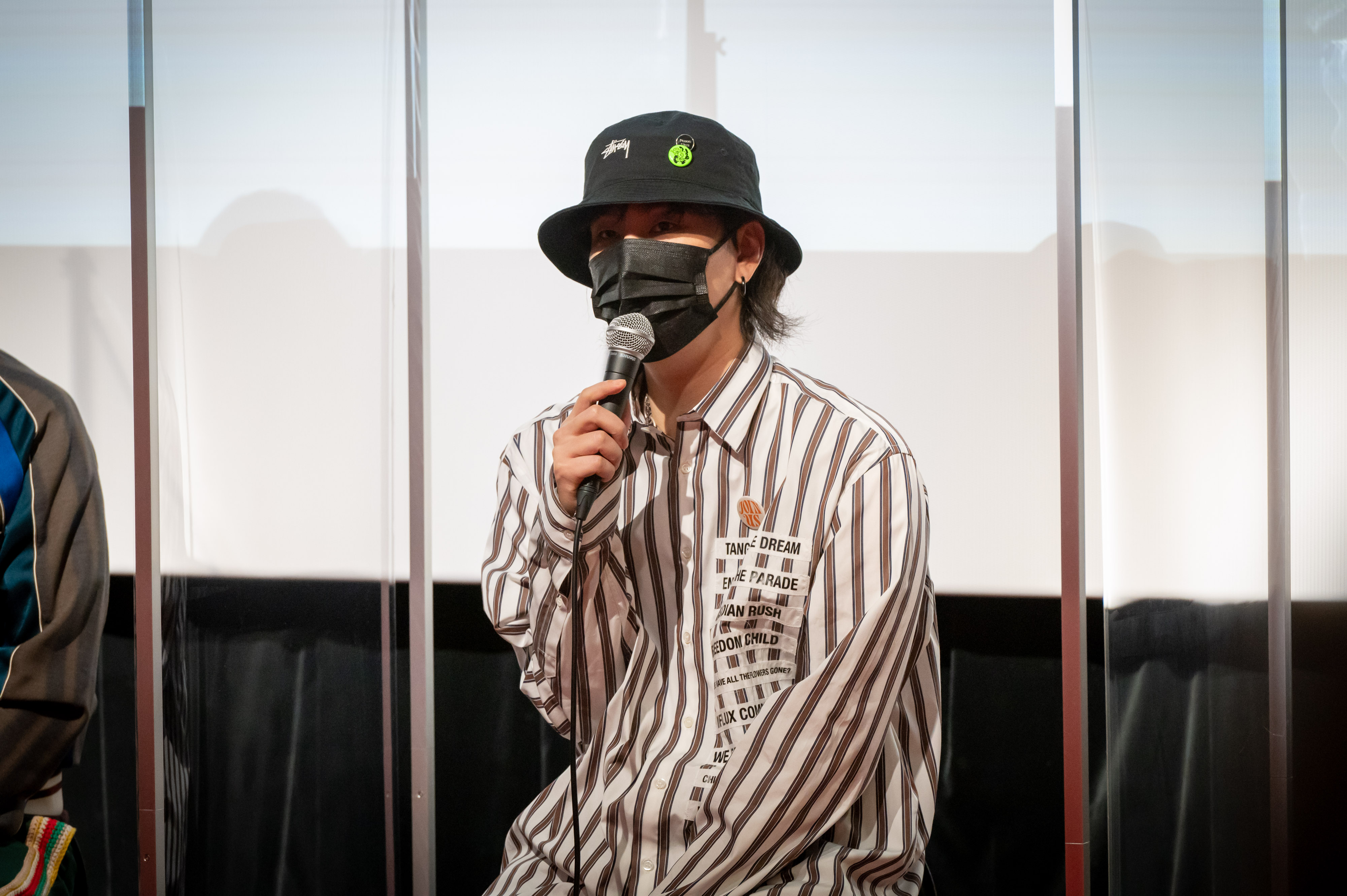 “It was my first time becoming an avatar,” said Kajiwara. “It was a lot of fun. For example, I could make myself big and enjoy things you can only do in a virtual space.” 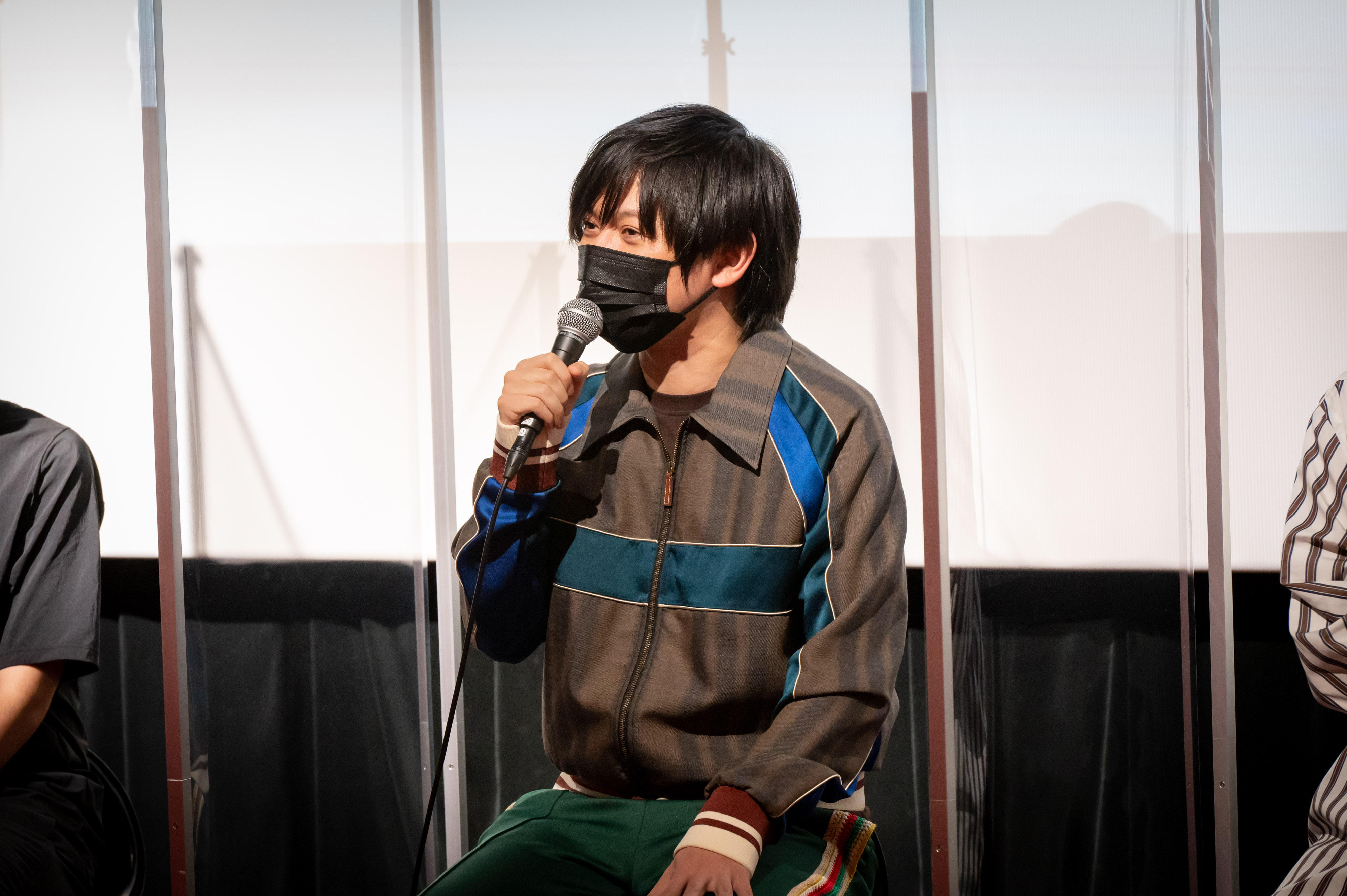 Noda added to Kajiwara’s comment, saying, “We could go to space or another world whenever we wanted. Whatever you can’t do in a real concert, you can do at a virtual one.”そ

“If you go virtual, everyone around the world can be in the same place,” explained Takeda. “When I read comments on social media when we did this last time, I saw a lot of people say how they were able to enjoy themselves with people they didn’t know and communicate with people overseas. I feel we were able to foster something new for fans.” 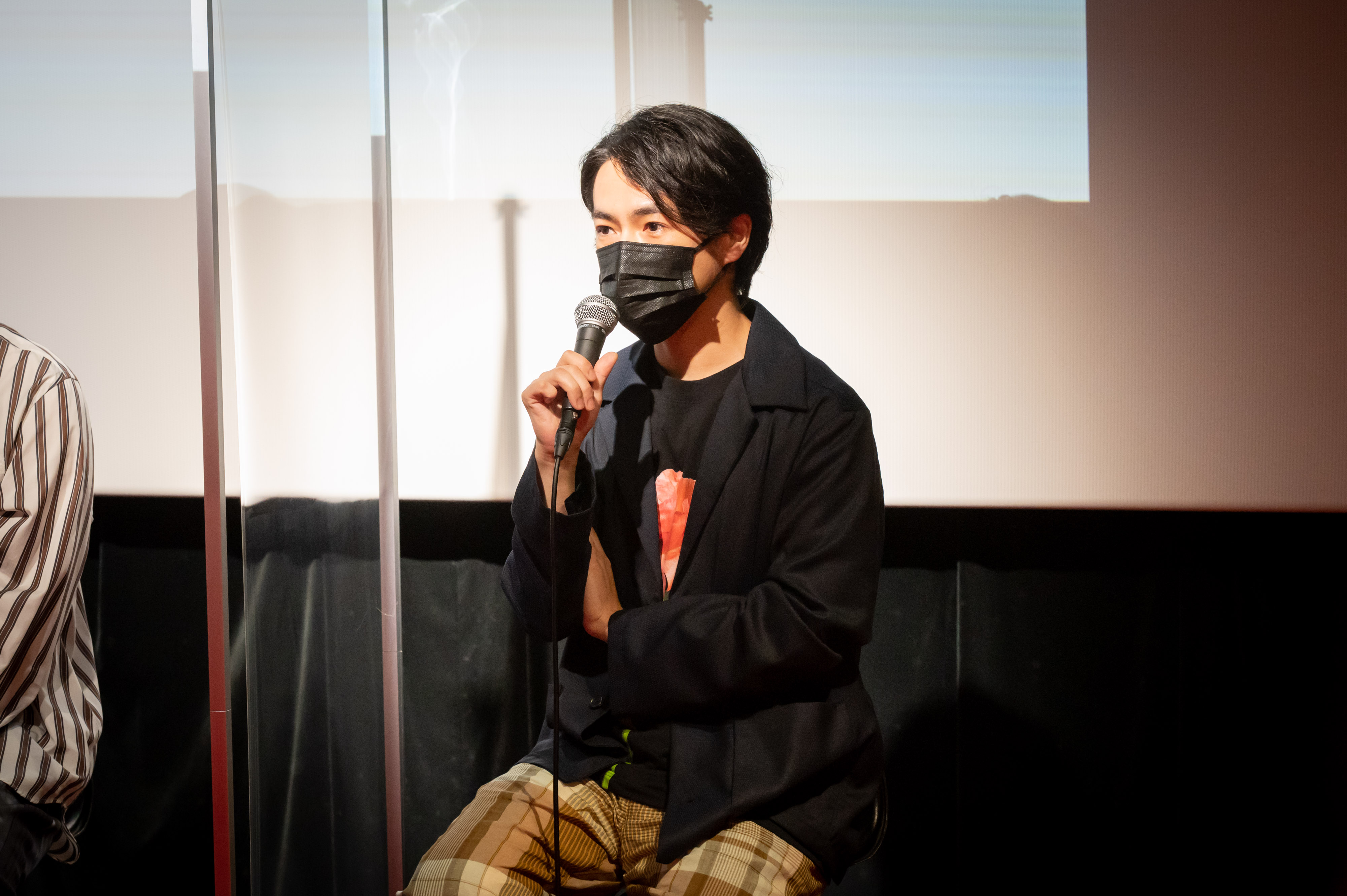 Finishing up the talk, Noda’s final comments were: “I look forward to seeing how we can evolve this technology. I want everyone to be the first people at the door to experience all the incredible things and possibilities we will be able to deliver and to enjoy the excitement of our concerts with lots of others. Please look forward to it on the day.” 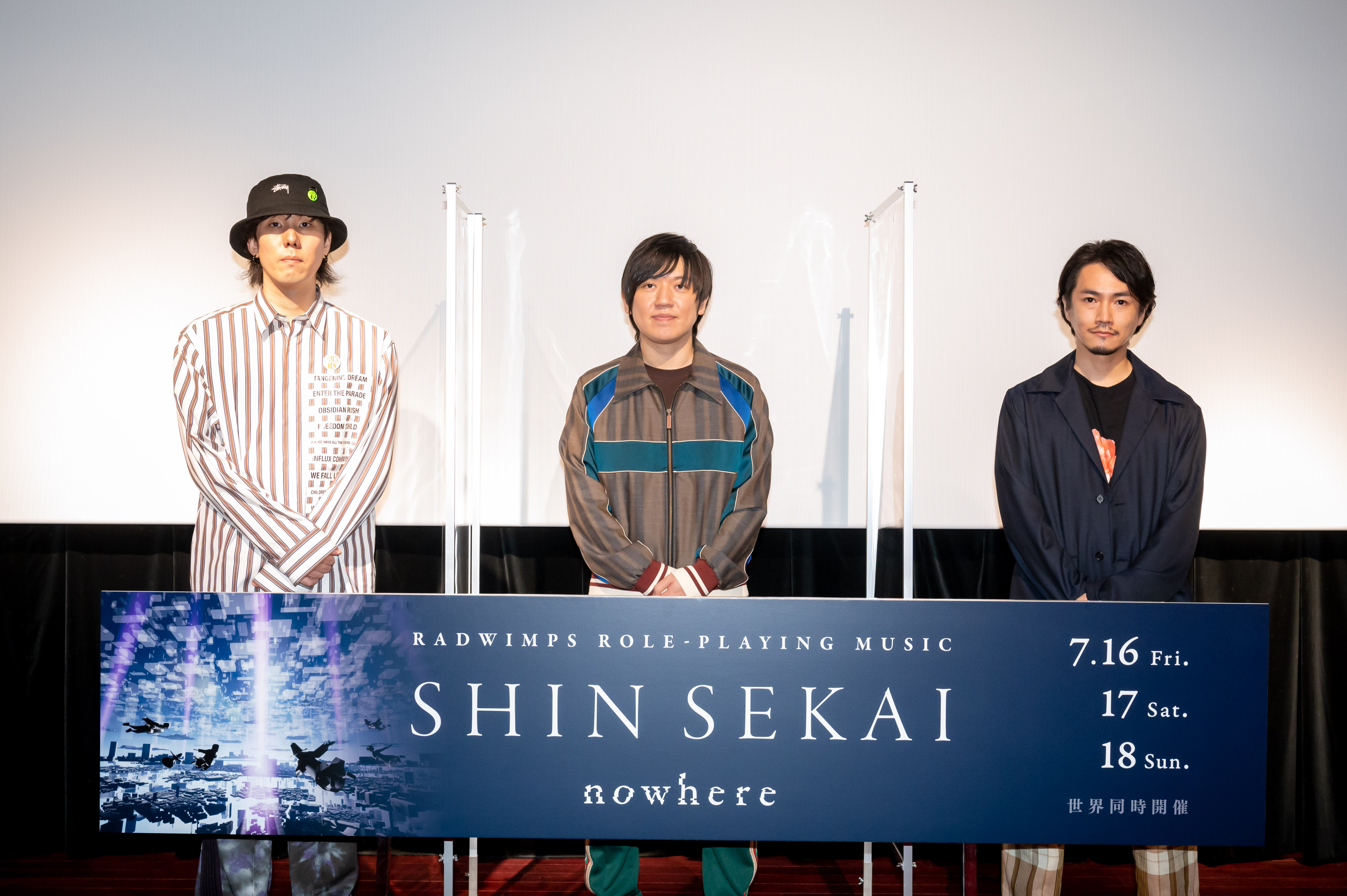