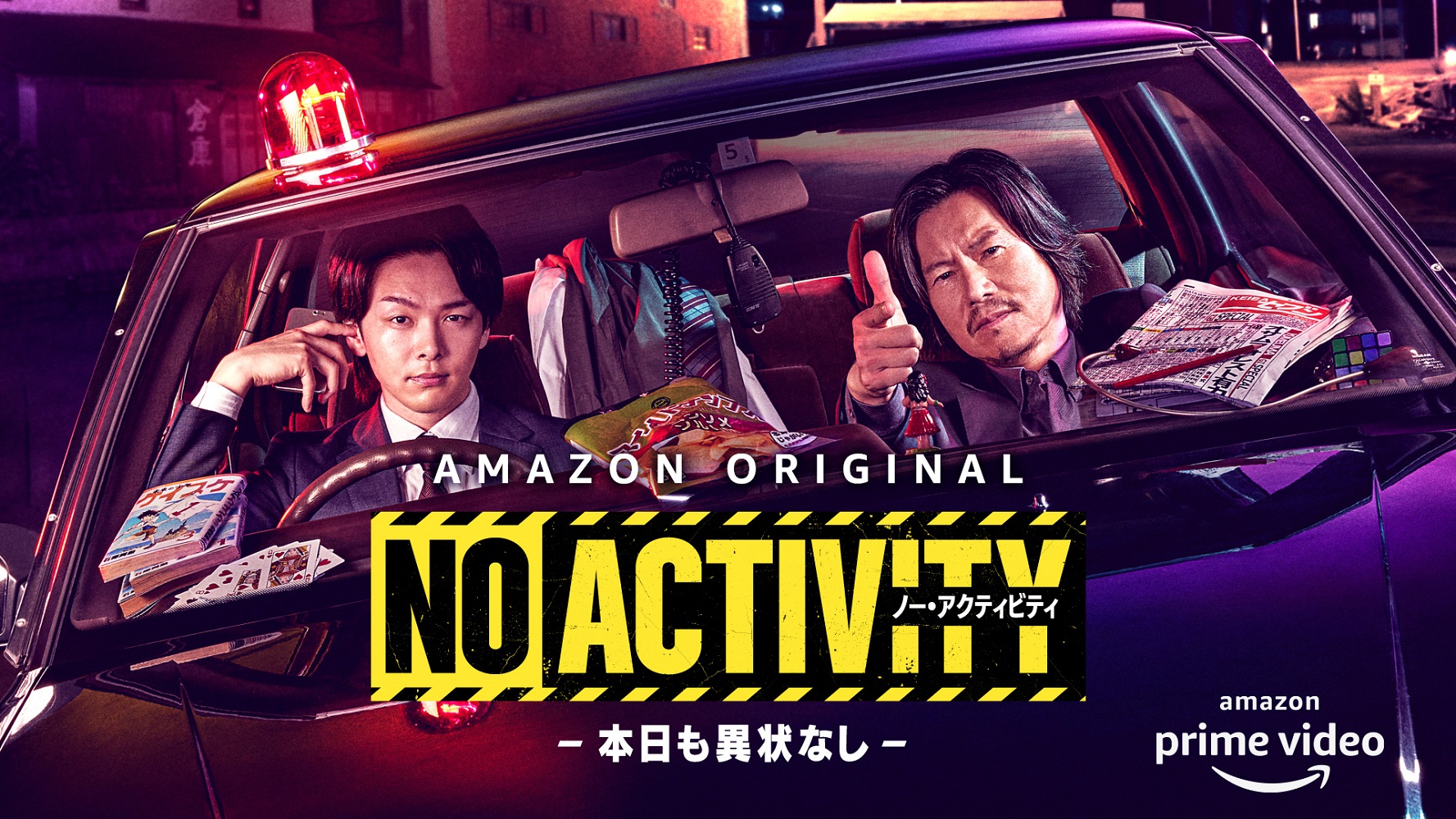 Amazon Prime Video will release the Japanese adaptation of the Australian comedy series No Activity as an Amazon Original series on December 17, 2021. Ahead of the release, a new visual along with staff and cast details have been released!

The dramedy tells the story of two detectives on a stakeout, along with two officers at the station and a pair of dastardly criminals who discuss their personal lives. The catch? All of them are just waiting for a crime to take place!

In this adaptation, Shingo Tokita (played by Etsushi Toyokawa) plays a detective who has completely given up on his career. Despite appearing to be highly skilled, he’s a lousy worker who has never been promoted. Asobu Shiina (played by Tomoya Nakamura) is a good-natured newbie to the force, who previously worked as an instructor at a driving school. A good listener, he eventually coaxes Tokita to open up and reveal more about himself as a person and a cop.

The series is directed by Tsutomu Hanabusa, known for his work as director of the recent Tokyo Revengers live-action film. The script was written by the winner of the King of Comedy 2014, Jirou from the comedy duo SISSONNE.

“Jirou’s script was hilarious, and each line manages to be very convincing. The project sounded like a lot of fun and hearing that I’d be working with Mr. Nakamura again, I really wanted to participate. I hope you enjoy the funny dialogue between our characters.”

“I think this is a rare type of show in Japan. It’s a detective drama, but it revolves around one single situation, and the story only proceeds through unique conversations. It was something I could have a lot of fun with, and I hope that everyone enjoys it!”

“The script that Jirou wrote was something he spent an incredible amount of time on, and it’s incredible. The actors also gave this project their all, and I think this really is a detective drama like no other. Please look forward to it!”

“When I found out who would be starring in the series, I was in awe. I thought, “Jeez, what have I gotten myself into?” I’m excited to see how the director has managed to create this conversational drama, given that all of these characters have such strong personalities.”

All six episodes will be available to stream on December 17, 2021.