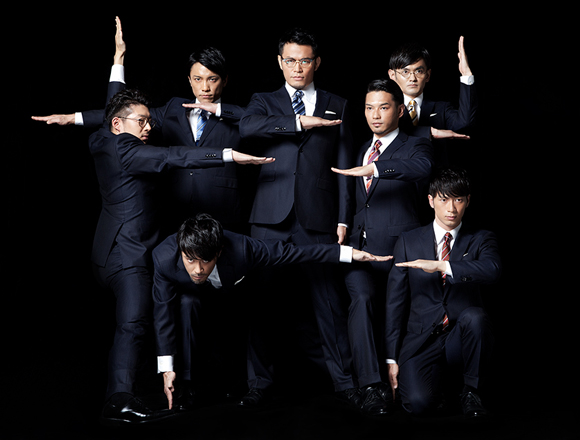 WORLD ORDER is a seven-piece Tokyo-based dance performance group formed in 2009. They are known for their looks that resemble hardworking Japanese businessmen – or “salarymen” – and highly detailed choreography that goes perfectly well with their synth-driven dance tunes. It didn’t take long for the world to take notice of the band’s talent – with many eager fans in Asia, North America and Europe, WORLD ORDER finally announced these long-awaited concerts in Singapore and France!

“We are very excited to perform to our international fans!” says a member of WORLD ORDER, who have been receiving a lot of messages from excited fans in other countries. On top of their regular performance, the group will prepare a special performance that consists of six members for those two locations.

By touring around the world, the MOSHI MOSHI NIPPON Festival team aims to promote the latest in Japanese pop culture. The team will be on the road throughout the year and will regularly announce more J–pop related events. Be sure to keep your eyes peeled for more exciting news!

Admission to Exhibition Grounds and Day Stage Activities are free.