TeamLab to Hold Garden Festival of Light in Mito, Ibaraki Prefecture in 2022 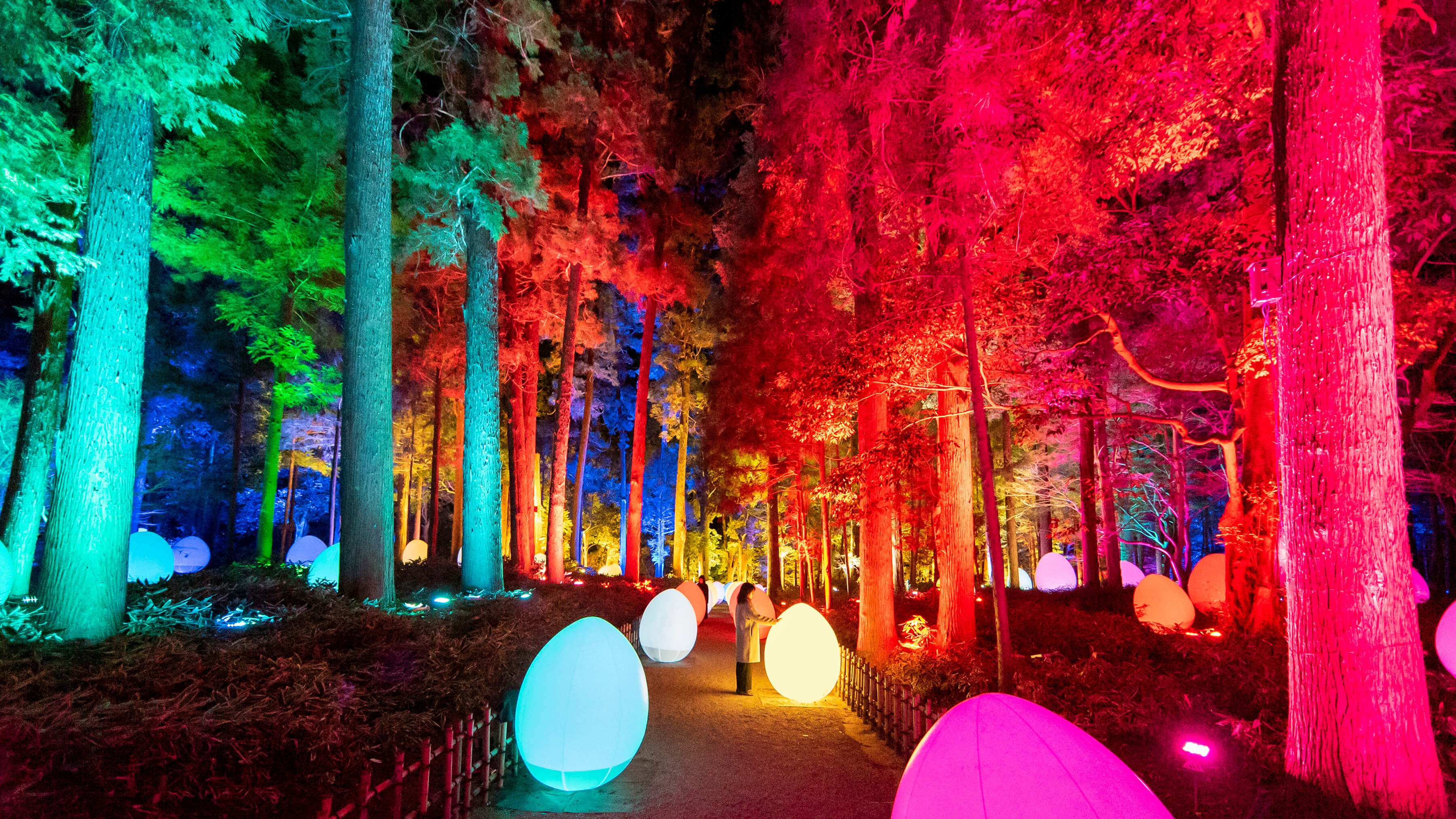 Interactive digital art collective TeamLab will hold the Kairaku-en (Japanese Garden) Festival of Light at one of Japan’s three most beloved gardens located in Mito, Ibaraki Prefecture from February 1 until March 31, 2022. A total of eight creative works showcasing the ‘longevity of life’ will be on display, utilizing the greenery of the surrounding 180-year-old garden itself. One work will illuminate over 1,500 plum trees, while another will see giant cedars interacting to guests’ presence. During this period, the Mito Ume Festival (February 11 – March 21) will also take place at the gardens. The festival has been held continuously for over 120 years.

Kairakuen is one of the three most famous gardens in Japan and was built by Tokugawa Nariaki during the Edo period (1842). The other two gardens are Kenroku-en in Ishikawa Prefecture and Koraku-en in Okayama Prefecture. In 1922, Kairaku-en was designated a National Historic Site and also a National Place of Scenic Beauty. In 2022, the garden will celebrate its 180th anniversary, and features over 3,000 plum trees of over 100 varieties.

TeamLab’s ‘Digitized Nature’ art project utilizes technology to ‘turn nature itself into art in its natural state’ without destroying or uprooting any of the plants or trees. It can be difficult for humans to imagine the world that will exist after their particular life ends, and this installation hopes to show the beauty that is possible even after a hundred or a thousand years. Through the combination of human creations and nature itself, TeamLab wants to remind people what is possible when we live side by side in harmony with one another.

Next » teamLab Opens Solo Exhibition at the Kumu Art Museum in Tallinn, Estonia

Tickets will go on sale at the beginning of January.