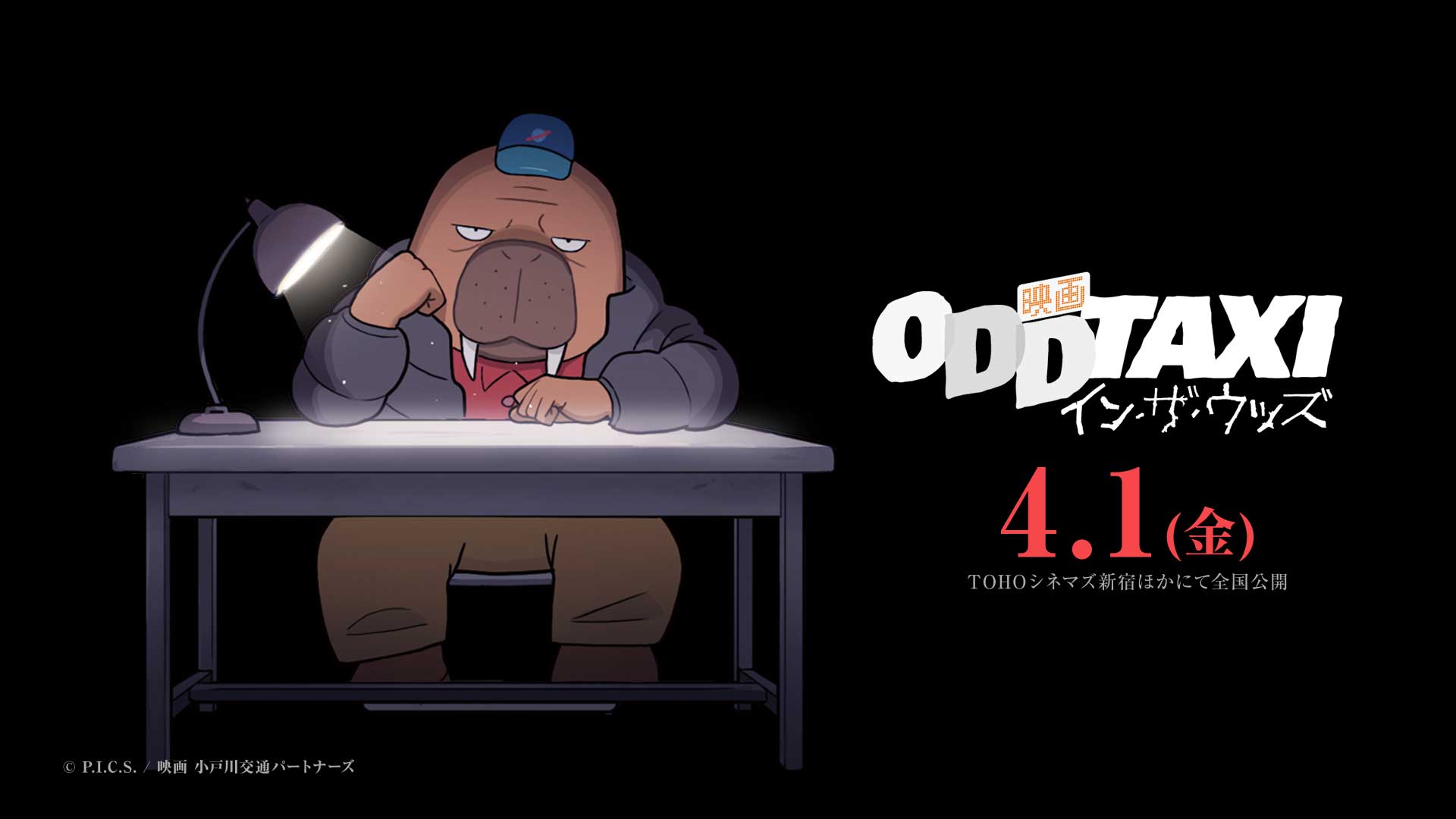 Odd Taxi was one of the most popular anime series in 2021, amassing a huge fanbase both in Japan and abroad. The show ended with a shock, and for those hoping to get closure, an Odd Taxi film has been announced! Odd Taxi: In the Woods will premiere in Japan on April 1, 2022, with the main staff and cast returning to the project.

The anime series was written by manga creator Kadzuya Konomoto with music by PUNPEE VaVa OMSB. The story follows Otokawa, an eccentric 41-year-old taxi driver who has no relatives and does not have much to do with others. He often has conversations with his customers, including a college student who wants to go viral, a nurse hiding a secret, an unsuccessful comedian, a street rough, and an up-and-coming idol. These conversations lead him to a girl who has disappeared.

The film will be a ‘reconstruction’ of the anime series, but will also show what happens after the television show’s finale. Natsuki Hanae plays the show’s main character Hiroshi Odogawa, with other cast members including Riho Iida, Ryohei Kimura, and Kappei Yamaguchi. Newcomer Baku Kinoshita directed the anime series and will return to direct In the Woods, with OLM (Pokemon) in charge of production.

Odogawa is a character unlike all others that I have played before, so it was a really challenging role. Thanks to everyone’s support, I’ll be returning for the Odd Taxi film!

I’m looking forward to seeing what happens after the anime series finale.

I hope to see you at the theater in April!