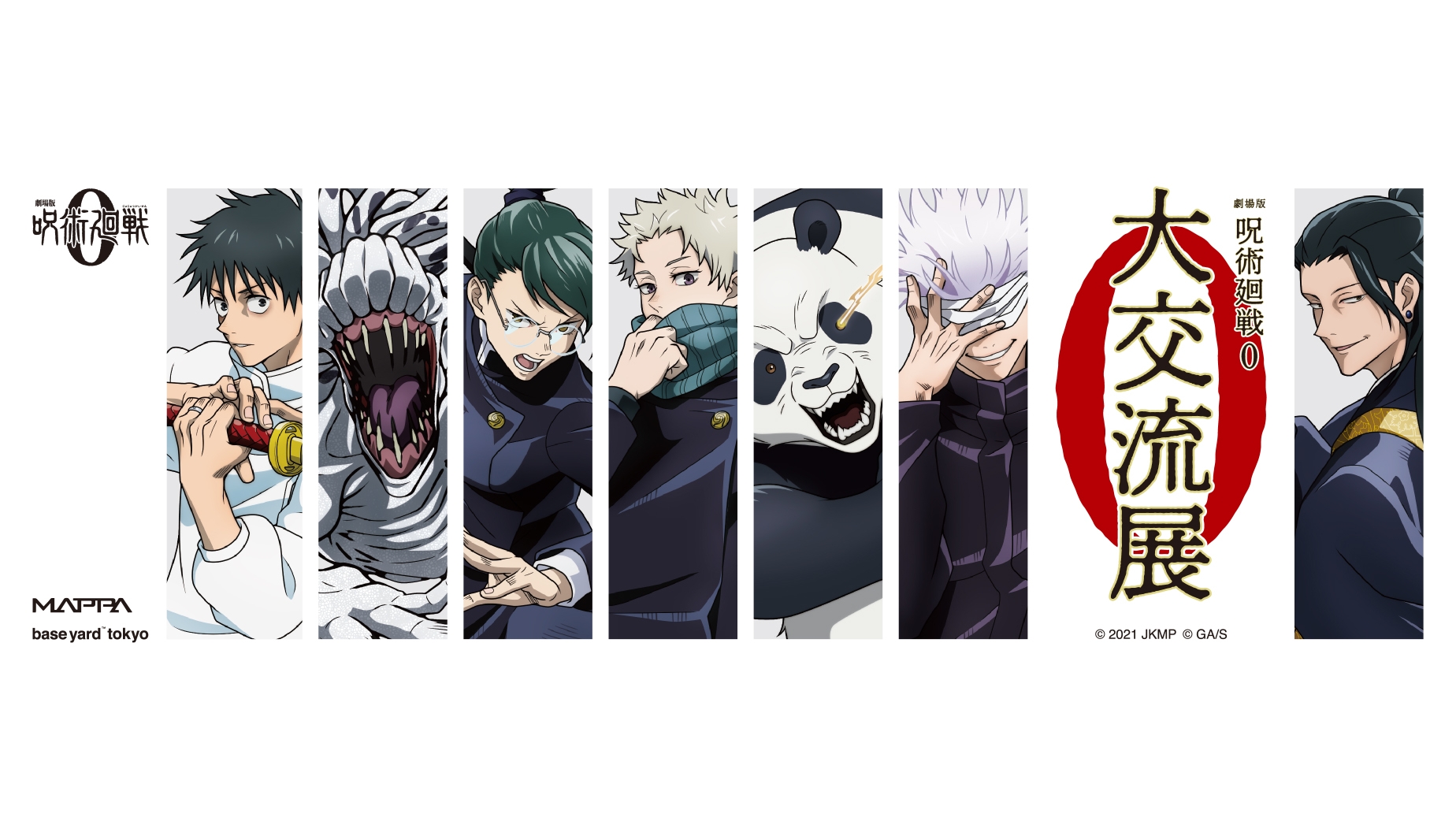 A Jujutsu Kaisen 0 pop-up shop and exhibition has opened at Baseyard Tokyo until April 5, 2022.

The main illustration for the pop-up event–featuring Satoru Gojo, Yuta Okkotsu, Maki Zenin, Toge Inumaki, Panda, and Suguru Goto– was made exclusively for Baseyard Tokyo. In addition to offering limited-edition goods, the venue will also show off valuable materials from the anime’s production including original drawings. A figure display and 1/1 scale Rika Orimoto photo spot will greet guests at the door.

*Limited to 5 per person while supplies last.

*Distributed at random while supplies last.

For every ¥2,000 (including tax) spent on merchandise, guests will receive a special card and an original bromide!

Next » Chainsaw Man to Get Pop-Up Store at baseyard tokyo