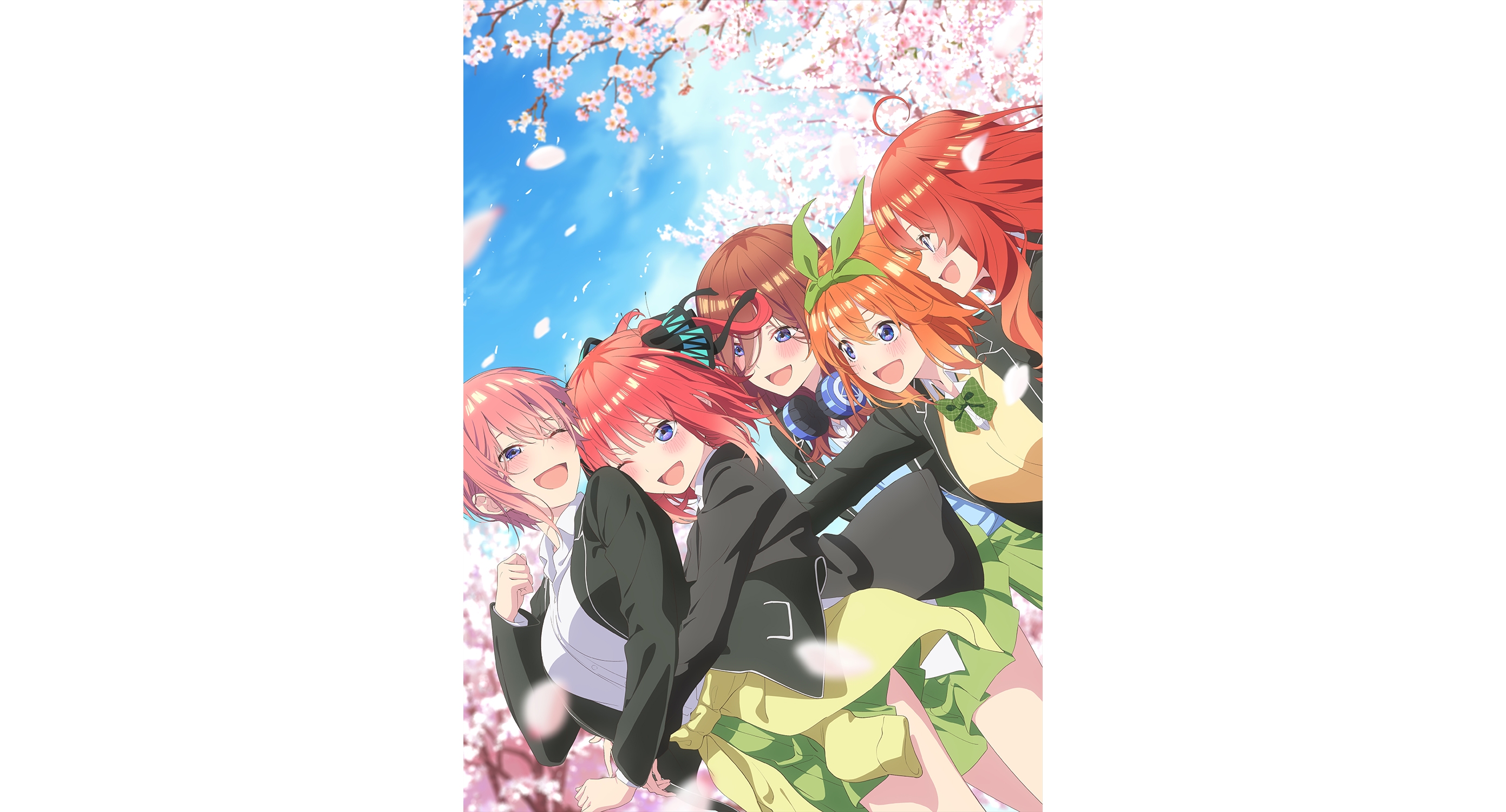 The Quintessential Quintuplets film is scheduled to be released in Japanese theaters on May 20, 2022.

The final trailer for the film shows the five Nakano sisters at their school’s cultural festival. Fuutarou is heard saying “I have to make a decision,” reminding viewers that the climax of the story is coming soon.

As the trailer was released on the quintuplet’s birthday, new merchandise for movie attendees was also announced. Fans will be able to snag clear file posters, pins, acrylic stands of the characters, and a premium version of the manga chapter bonus that includes additional illustrations and an exclusive interview with the cast members.

The theme song for the film, Quintuple Paths, has also been made available on streaming services!

A special program will be broadcast on ABEMA’S ‘Anime LIVE Channel’ to celebrate the film’s release featuring all six main cast members.

The Quintessential Quintuplets Film
Coming to Theaters May 20, 2022
Showing at Shinjuku Wald 9, other theaters