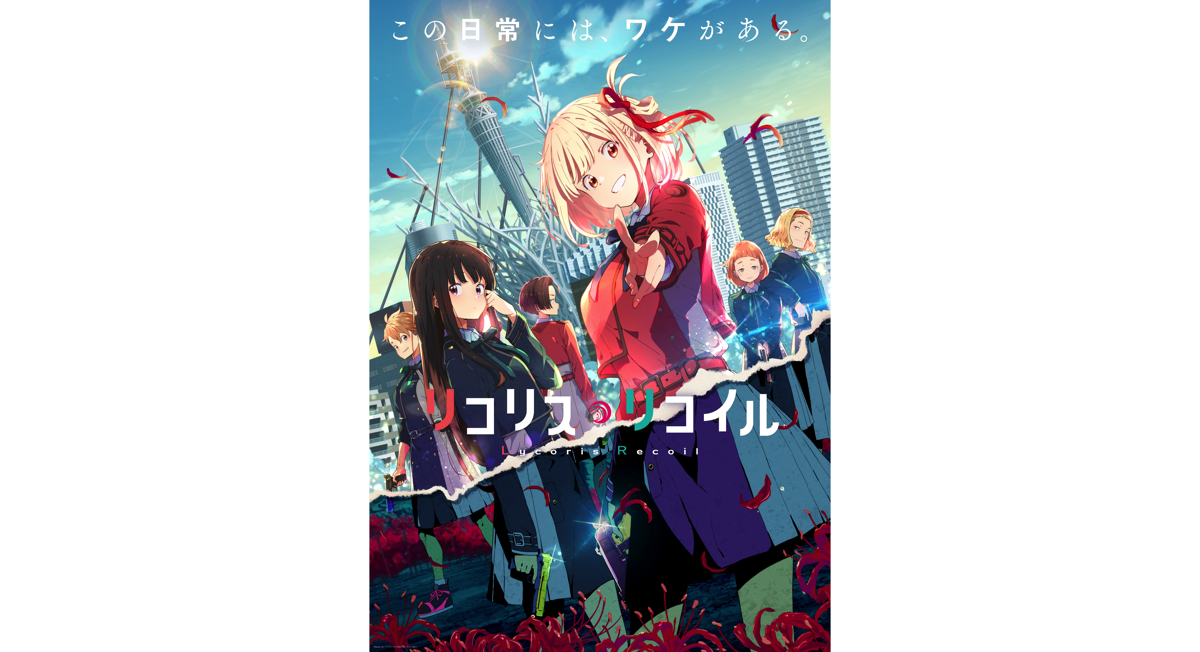 Lycoris Recoil is almost here! The anime series is being directed by Shingo Adachi, who previously worked on popular series like Sword Art Online and Working!! New information, including the broadcast date, a key visual, and a trailer featuring the ending theme, was revealed at an advanced screening on June 12, 2022.

The story depicts the strange stories of a Japanese-style cafe in the old downtown area of Tokyo. The cafe takes in orders for anything from delicious coffee to sugary sweets, along with extras like dealing with kids, business negotiations, love advice, one-on-ones about zombies and giant monsters, and more.

The coffee shop LycoRyco is known for having the strongest employees of all. The free-spirited Chisato Nishikigi, straight-faced Takina Inoue, and big sister-type Mizuki Nakahara get into some hilarious hijinks you’ll need to see to believe.

The ending theme, Hana no To (Flower Tower), will be performed by Sayuri. You can hear a bit in the trailer!

I’m Sayuri, and I’m in charge of the ending theme for Lycoris Recoil. As this is an original anime series, I’m getting to experience it in real-time with the rest of you! The song Hana no To depicts both the joy and sadness found as we encounter different people and situations. I hope that the song will add some more color to the many strange events that happen in the show and that it will get stuck in the heads of everyone watching!

Are you looking forward to the series?