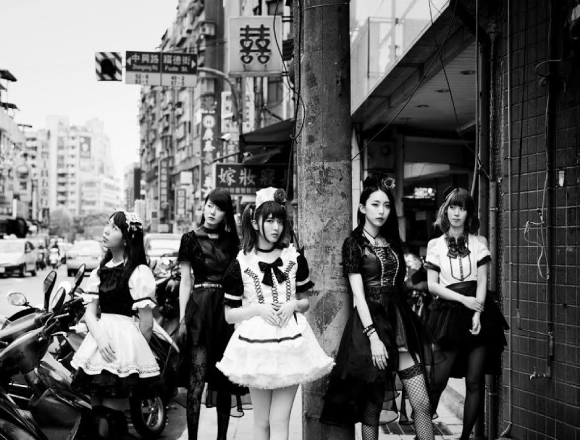 Word about BAND-MAID is growing and their army of fans grows stronger every day. The band released their major second single “Daydreaming / Choose me” to hug success and have since been touring at big outdoor festivals through the summer. Now, their reach is expanding even wider as it has been announce that their new song “One and only” will be used as the main theme song for the upcoming anthology film “Kuruibana” which will hit Cinema Qualité in Shinjuku from October 14th. “Kuruibana” is a horror-suspense movie directed by award-winning up and coming film director Noriko Yuasa who has been praised by people both in Japan and overseas. It features a cast of young actresses including Mayu Hotta, Honoka Matsumoto and Karin Ono who are joined by the talented Shin’nosuke Abe that will create an air of tension in the story. This edgy film is an absolute must-see for fans of the horror genre. BAND-MAID’s new song “One and only” was written by the band members themselves, with lyrics by vocalist and guitarist Miku Kobato. Although it’s fast-paced, it’s a long track that carries the thrilling atmosphere of the movie. As of now, the release date for “One and only” is yet to be announced, but you can hear it first by heading to Shinjuku to watch “Kuruibana.”

BAND-MAID are also set to head out on a nationwide solo tour in Japan starting September 24th as well as embark on a world tour.

Make sure you don’t miss out on BAND-MAID’s first ever movie tie up – and don’t miss the opportunity to see them live in a city near you!

“Would you like to burn or Moe? Which one?”