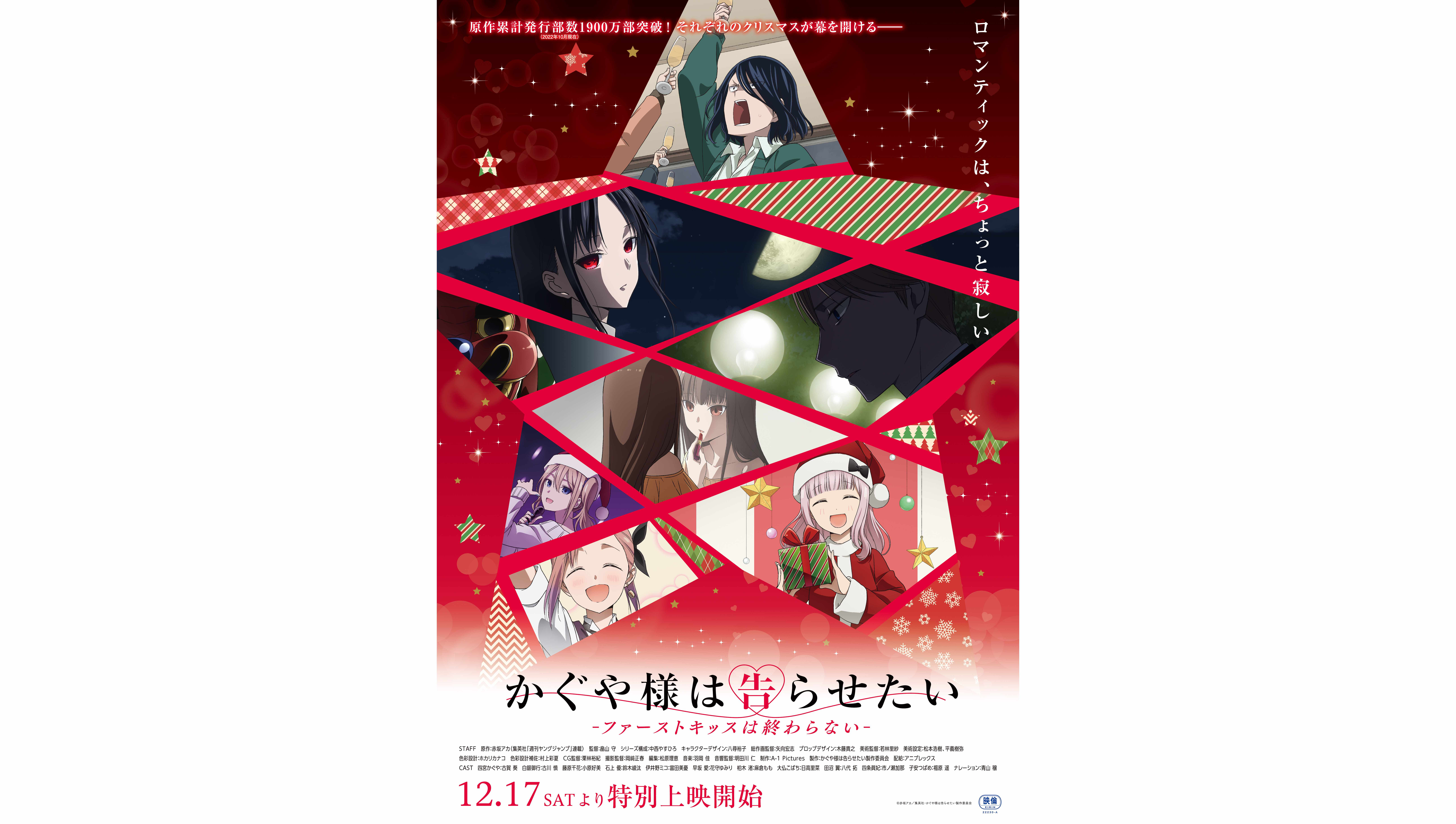 Kaguya-sama: Love is War -The First Kiss that Never Ends- will pick up where the third season of the anime series left off. The film will open nationwide on December 17 and will appear in select theaters in the U.S. in February 2023. The artist in charge of the theme song has been announced alongside a new trailer!

The music for the Kaguya-sama series has been incredibly popular. Masayuki Suzuki will return to perform the theme for the third film after singing for the previous films as well. Having just celebrated his 60th birthday, Suzuki said that he wants to continue taking on new challenges, noting that this is a “challenge he couldn’t have dreamed of.” Expectations are high for the new song Love is Show.

The song will be performed alongside Reni Takagi, a member of the popular idol group Momoiro Clover Z. “It’s like a dream come true,” Takagi said. “I sang the song with the intention of pulling people into the story as much as possible!”

Kaguya and Shirogane got closer in the final hour-long episode of the third season of Kaguya-sama: Love is War -Ultra Romantic-. However, nothing is set in stone, though the new movie may finally bring the two together for real. The film’s trailer also highlights familiar faces from the series like Tsubame Koyosu, Ai Hayasaka, and Nagisa Kashiwagi.

Will Kaguya finally be honest about her feelings? Be sure to watch the movie this Christmas season!

Kaguya-sama: Love is War -The First Kiss That Never Ends-