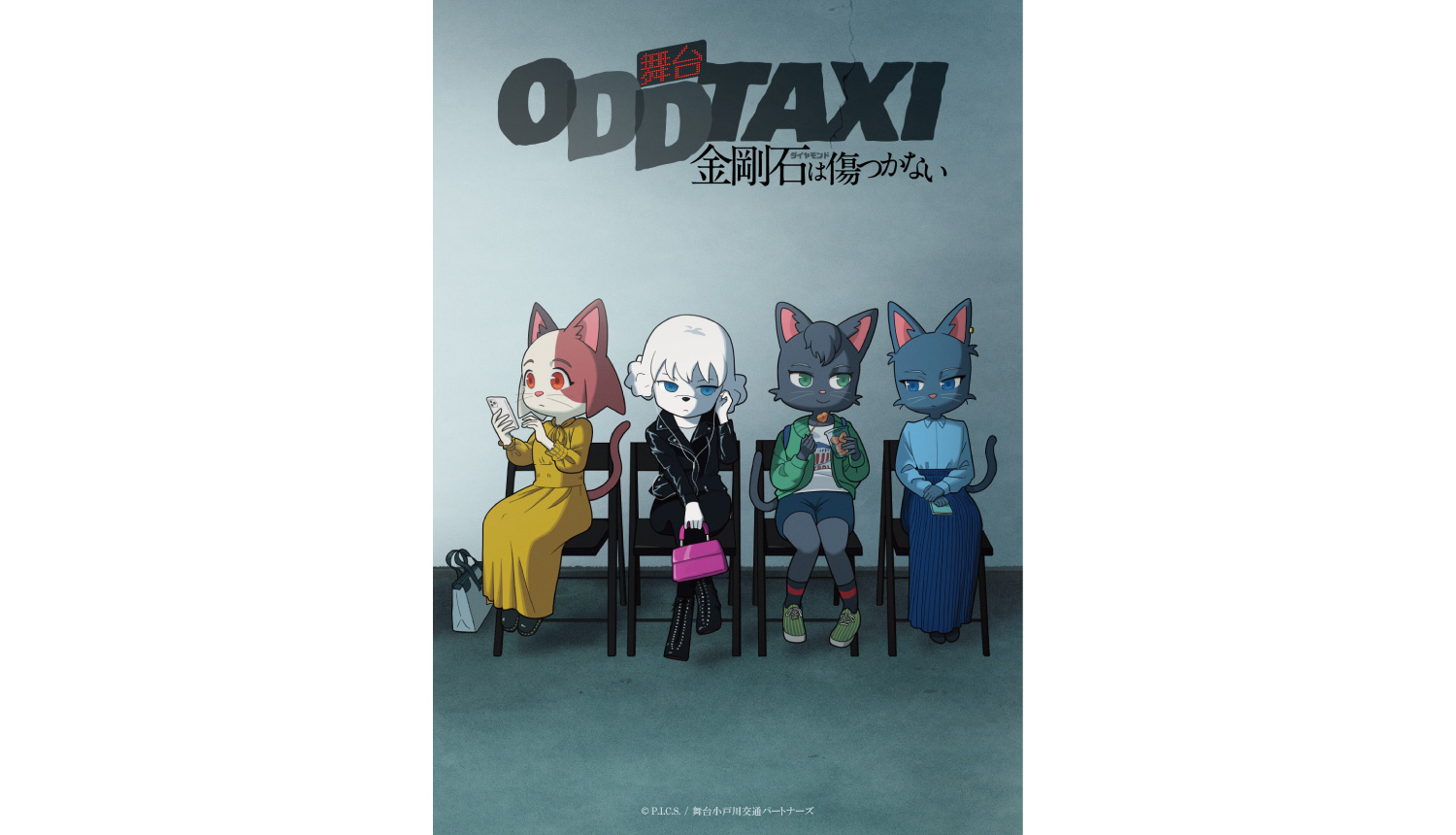 Fans who can’t attend the upcoming Odd Taxi: Diamond wa Kizutsukanai (Diamonds Will Not Be Damaged) stage play live can stream at home! The opening performance on January 25 and the final Tokyo show on January 31 will be available to stream live with tickets now available.

The play will focus on the formation of the idol group Mystery Kiss.

Don’t miss out on this unique take on the world of Odd Taxi! 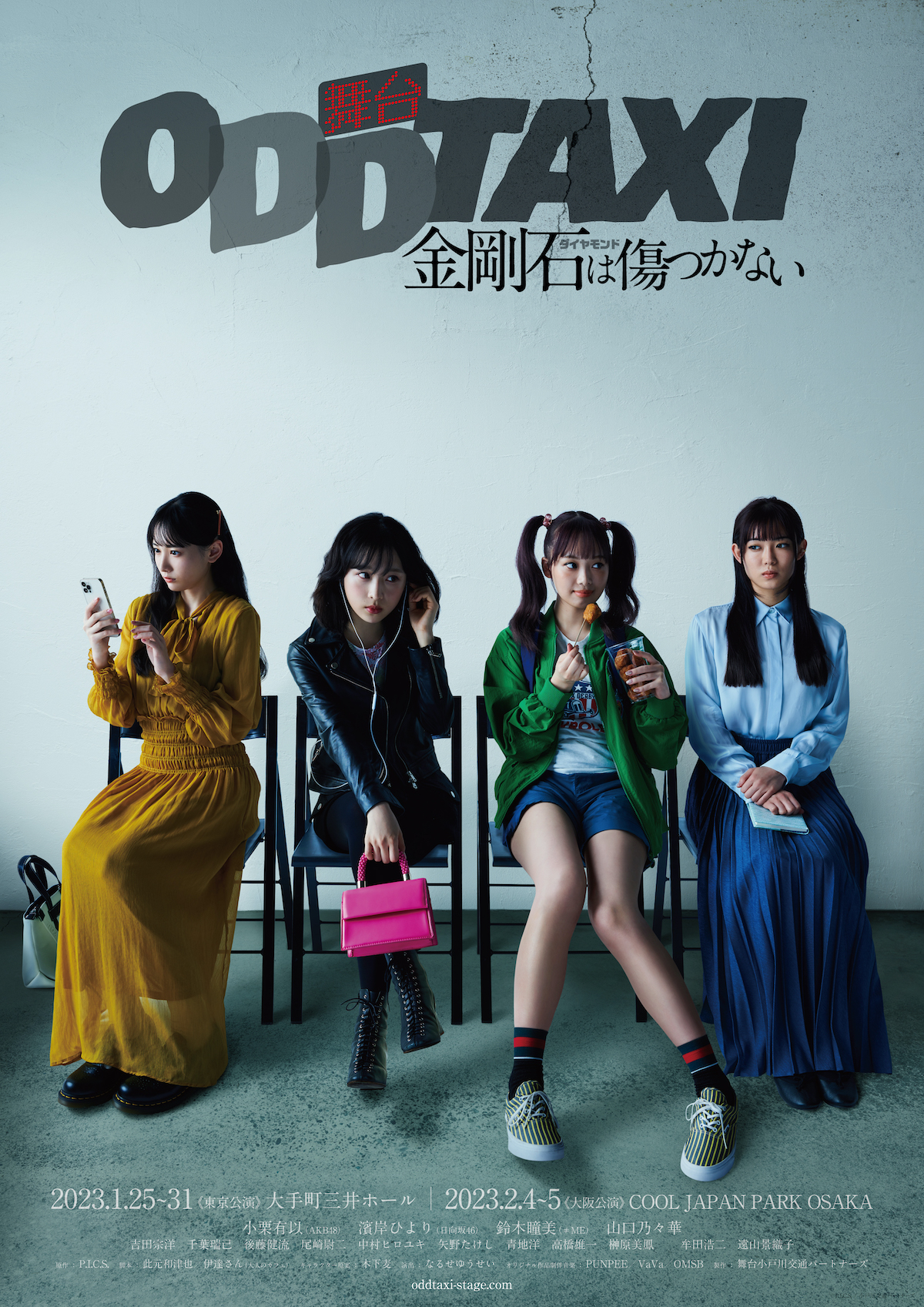 *For live streaming details, please refer to the sales page of each streaming service.
*The viewing platform for e+, Pia, and Lawson Ticket will be Mahocast.
*Ticket sales on FANY will begin on January 17.